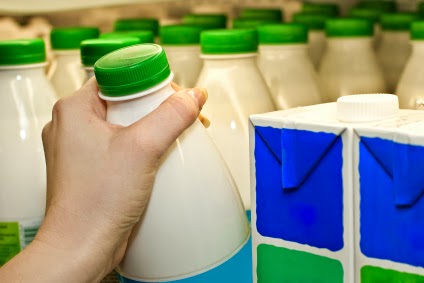 Pasteurization is a dangerous method of heating our foods with tragic side effects which are largely ignored bu the FDA and downplayed by the dairy industry.

Here are 9 reasons why pasteurization destroys the nutritional and enzymatic value of milk and why you need to avoid it.

Raw milk contains vast amounts of nutrients including beneficial bacteria such as lactobacillus acidolphilus, vitamins and enzmes, and only a very modest source of calcium (if left unpasteurized). 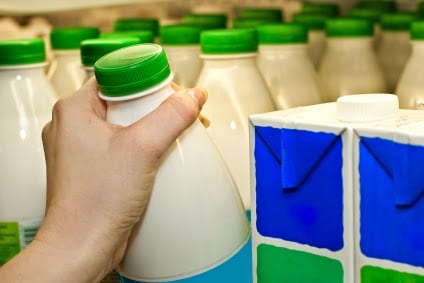 To understand what heat does to a good bacteria, we need to know about its structure. A bacterium is a single-celled organism. Think of it like a studio apartment, one room containing all the things a person needs to live: food, water, air.

The walls of the apartment enclose the electrical wiring and gas pipes that deliver energy, along with the sewage pipes that get rid of waste products. In contrast to the size of this single-celled organism, even an animal as small as a mouse would be like a huge city with thousands of buildings and extensive infrastructure to keep it “alive.”

When the temperature gets hot enough, the enzymes in the bacterium are denatured, meaning they change shape. This change renders them useless, and they’re no longer able to do their work. The cell simply ceases to function.

Heat can also damage the bacterium’s cell envelope. Proteins and fatty acids making up the envelope lose their shape, weakening it.

At the same time, fluid inside the cell expands as the temperature rises, increasing the internal pressure. The expanding fluid pushes against the weakened wall and causes it to burst, spilling out the guts of the bacterium.

Pasteurization constitutes one of the milder forms of thermal processing. Ultra-high temperature and sterilization methods kill all microorganisms in the food, while milder heat treatments like thermization and pasteurization only kill some of them.

At higher temperatures, as with Ultra High Temperature Pasteurization, several things happen to milk that make it less desirable to consumers:

High-Temp Pasteurization – Milk is heated to 161F for 31 seconds in order to sterilize the milk. The problem is that this also kills enzymes, much of the healthy microorganisms, and more importantly it denatures the proteins.

Essentially, high-temp pasteurization kills the milk and makes it much more difficult for your body to digest. This can typically lead to inflammatory bowel disease, among others.

Ultra-Pasteurized – This is the majority of our milk today, what you would typically find in a grocery store. Ultra-pasteurization heats the milk to 280F for only a few seconds. The reason for using ultra-pasteurization is because it kills everything.

Ultra pasteurization not only kills potentially harmful bacteria in the milk, but also damages all of the vitamins, minerals and other nutrients originally contained in the milk. This process also kills the healthy enzymes which help your body digest the milk, and drinking it without the enzymes can lead to lactose intolerance.

Low-Temp Pasteurization – Milk is only heated to 145F. This is significant because it’s below the temperature that kills most of the beneficial enzymes and the proteins remain in-tact. The main downside to low-temp pasteurization is that some of the enzymes and probiotics can be damaged.

But, by culturing (fermenting it with good bacteria) this dairy and making yogurt, kefir or amasai, many of those probiotics are added back. This also improves the digestibility of the dairy. Low-temp is the closest to raw milk products most of us in the US can get.

Most cow’s milk has measurable quantities of herbicides, pesticides, dioxins (up to 200 times the safe levels), up to 52 powerful antibiotics, blood, pus, feces, bacteria and viruses.

Heat destroys a great number of bacteria in milk and thus conceals the evidence of dirt, pus and dirty dairy practices. It’s cheaper to produce dirty milk and kill the bacteria by heat, that to maintain a clean dairy and keep cows healthy.

To combat the increase in pathogens milk goes through ‘clarification’, ‘filtering’, ‘bactofugation’ and two ‘deariation’ treatments. Each of these treatments uses heat ranging from 100-175 degrees Fahrenheit.

It destroys vitamin C, and damages water soluble B vitamins diminishing the nutrient value of milk. Calcium and other minerals are made unavailable by pasteurization.

The Maillard reaction, a chemical reaction between proteins and sugars, occurs at higher heats and causes browning, discoloring the milk.

Pasteurized milk causes asthma, and as a result doctors prescribe a diet without pasteurized dairy products. Milk triggers asthma by destabilizing MAST cells, which release histamines that cause inflammation, mucus production and bronchial spasm. Pasteurized milk is a partial food product that is missing digestive enzymes and nearly all of its beneficial bacteria.

Pasteurized milk (with rare exceptions) comes from cows fed a ration based on corn and soy rather than pasture and forage. Pasteurization warps and distorts fragile proteins, making them allergenic.

Unpasteurized milk is the opposite and heals and prevents asthma by stabilizing MAST cells and reducing inflammation as shown by dramatic lowering of C-reactive protein levels.

Unpasteurized milk rebuilds immunity by allowing the safe consumption of biodiversity in our diets. These bacteria then re-colonize the gut and become our immune protective and digestive ecosystem armies.

Cow’s milk is the number one allergic food in this country. The milk of each of the over 4,700 mammals on earth is formulated specifically for that species. There are special lactoferrins and immunoglobulins (cow specific immunizing stuff) that in humans serve as allergens.

It has been well documented as a cause in diarrhea, cramps, bloating, gas, gastrointestinal bleeding, iron-deficiency anemia, skin rashes, atherosclerosis, and acne. It is the primary cause of recurrent ear infections in children.

It has also been linked to insulin dependent diabetes, rheumatoid arthritis, infertility, and leukemia.

The protein lactalbumin, has been identified as a key factor in diabetes (and a major reason for NOT giving cows milk to infants). 89% of America’s dairy herds have the leukemia virus. Cows diagnosed with Johne’s Disease have diarrhea, and heavy fecal shedding of bacteria.

This bacteria becomes cultured in milk, and is not destroyed by pasteurization. Occasionally, the milk-borne bacteria will begin to grow in the human host, and the results are irritable bowel syndrome and Crohn’s Disease.

The dairy industy has been hard at work the last 50 years convincing people that pasteurized dairy products such as milk or cheese increases bioavailable calcium levels. This is totally false.

This process actually causes osteoporosis. Pasteurized dairy contains too little magnesium needed at the proper ratio to absorb the calcium. Most would agree that a minimum amount of Cal. to Mag Ratio is 2 to 1 and preferably 1 to 1. So milk, at a Cal/Mag ratio of 10 to 1, has a problem.

You may put 1200 mg of dairy calcium in your mouth, but you will be lucky to actually absorb a third of it into your system. Over 99% of the body’s calcium is in the skeleton, where it provides mechanical rigidity. Pasteurized dairy forces a calcium intake lower than normal and the skeleton is used as a reserve to meet needs.

Long-term use of skeletal calcium to meet these needs leads to osteoporosis. Dairy is pushed on Americans from birth yet they have one of the highes risk of osteoporosis in the world. The test for pasteurization is called the negative alpha phosphatase test.

When milk has been heated to 165 degrees (higher for UHT milk) and pasteurization is complete, the enzyme phosphatase is 100 percent destroyed. Guess what? This is the enzyme that is critical for the absorption of minerals including calcium!

Phosphatase is the third most abundant enzyme in raw milk and those who drink raw milk enjoy increased bone density. Several studies have documented greater bone density and longer bones in animals and humans consuming raw milk compared to pasteurized.

Pasteurization killed antibiotic effectiveness for all of us. By creating a commodity dairy market system that relies heavily on antibiotics fed to heifers and dry cows at CAFO (Confined Animal Feeding Operation) mega dairies to support massive milk production, the antibiotics now used in American hospitals for humans no longer work.

Tens of thousands of Americans now die each year because of superbugs created by CAFO antibiotic abuse. MRSA and VRA drug resistance is now a major cause of death and there are fewer and sometimes no antibiotics left to kill the bad bugs and save human lives.

Of the almost 60 hormones, one is a powerful GROWTH hormone called Insulin- like Growth Factor ONE (IGF-1). By a freak of nature it is identical in cows and humans. Consider this hormone to be a “fuel cell” for any cancer… (the medical world says IGF-1 is a key factor in the rapid growth and proliferation of breast, prostate and colon cancers, and we suspect that most likely it will be found to promote ALL cancers).

IGF-1 is a normal part of ALL milk… the newborn is SUPPOSED to grow quickly! What makes the 50% of obese American consumers think they need MORE growth? Consumers don’t think anything about it because they do not have a clue to the problem… nor do most of our doctors.

9) Forces Cows Out Of Green Pastures And Into Diseased World

These CAFO dairy feeds increase milk production to numbers never seen before in the history of earth.

It is not uncommon for some CAFO dairy cows to produce twenty gallons of milk per day and be crowded into pens deep in manure with thousands of other cows.
The stress of being milked up to four times per day and lying on artificial rubber beds shortens their lives to just forty months.

A cow on pasture will produce much less milk (four to five gallons per day) and easily live ten years or more in true happiness and health.

Compared to cow’s milk, coconut milk is easier to digest because the body uses 3 less enzymes for its digestion as opposed to cow’s milk. It also contains a high level of omega 3, 6 and 9 fats along with high amounts of amino acids. This excellent combination of fats and amino acids make it a complete meal in and of itself. 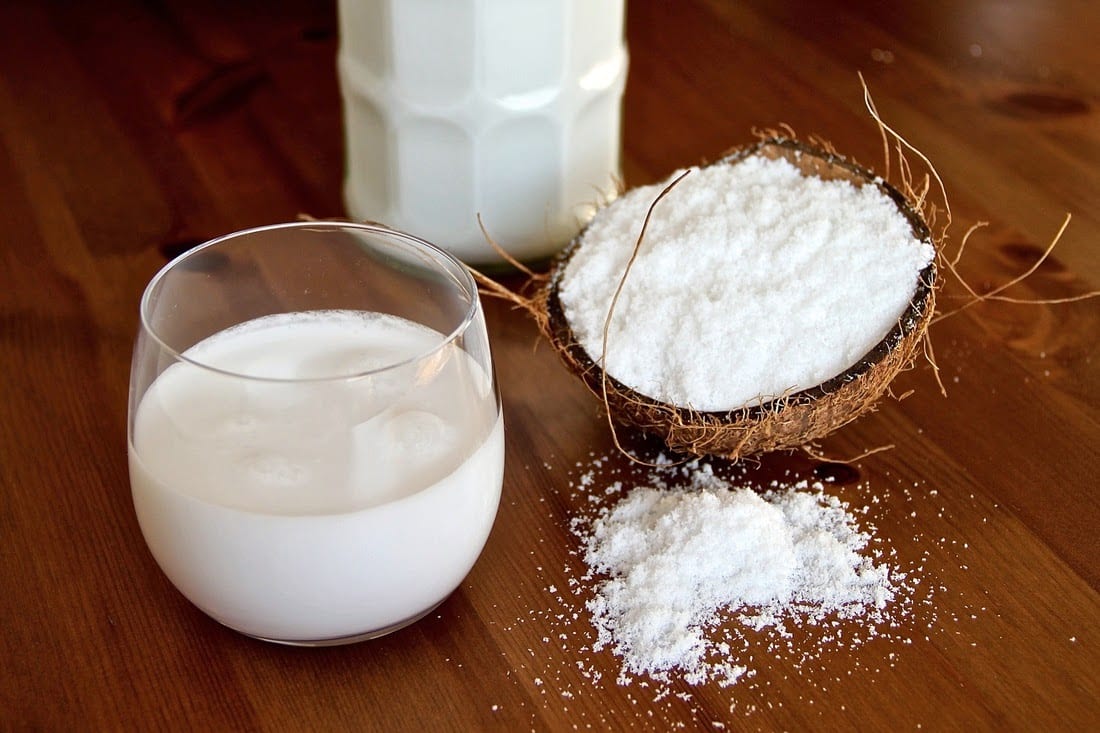 The high level of omega 3, 6 and 9 fats and protein in this milk are more bio-available to humans compared to all other animal fats and most vegetable fats. This bio-availability results in the body’s ability to assimilate all its nutrients.

It’s very healing to the digestive tract and even heals damage done to the system in cases of IBS, Crohn’s disease and severe malnutrition.

[You can also try organic rice milk and, my favorite, almond milk].

About author: Natasha Longo has a master’s degree in nutrition and is a certified fitness and nutritional counselor. She has consulted on public health policy and procurement in Canada, Australia, Spain, Ireland, England and Germany.

New TEDx: The Best Choice I've Ever Made? Dropping College and Doing What I Love Previous post
The Collective Evolution -- Complete Documentary Series Next post