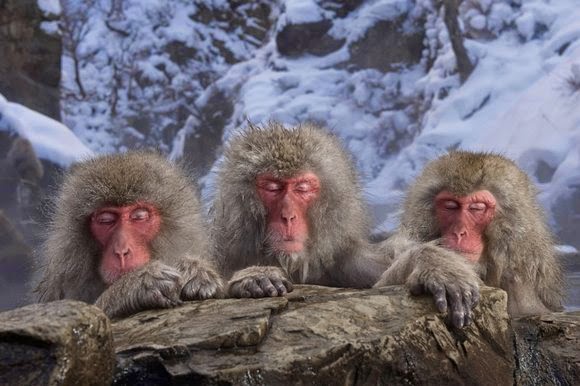 Perhaps you’ve tuned out news on Fukushima since the catastrophe happened more than three years ago, but the animals and people living near the site haven’t forgotten.

Wild monkeys that reside in a forest near Fukushima are now showing alarming changes in their blood composition. This doesn’t bode well for humans who were exposed to radiation from within several hundred kilometers of the Daiichi site.

Sixty-one monkeys living within 43 miles (70 kilometers) of the Fukushima Daiichi site were researched over a year after the incidence occurred and large amounts of radioactive substances were spewed into the environment. 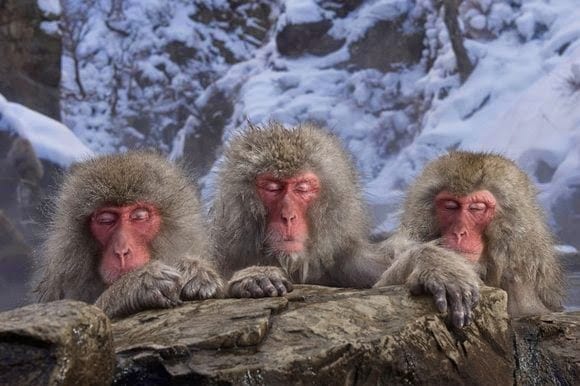 Radioactive cesium was also found in the muscles of the 61 wild monkeys gathered from the forest site. The range varied from 78 to 1778 becquerels (units of radioactivity representing decay per second) per kilogram.

No cesium levels were found in the Shimokita Peninsula monkey’s blood.

Shin-ichi Hayama and colleagues just published their results this week in the journal Scientific Reports, stating that exposure to radioactive materials may have contributed to the blood changes seen in the Fukushima monkeys.

They also state that  low blood cell counts could be a sign of a compromised immune system, potentially causing the monkeys to be vulnerable to infectious diseases.

“The findings are consistent with what our group had found with red blood cells and hemoglobin content for children living around Chernobyl,” said Tim Mousseau, a biologist at University of South Carolina, who wasn’t involved with the study.

The new study of Fukushima monkeys indicate the Japanese plant’s meltdown could have similarly negative consequences to the Chernobyl accident of 1986.

“The fact that they are seeing a signal in monkeys living in Fukushima city means that there’s some potential direct relevance to the human population,” Mousseau told Live Science.

“These monkeys are living at levels of contamination that are very similar to what many of the people are also living in.”

Juvenile monkeys in this particular study showed much higher radioactive cesium levels than older monkeys, proving that the young or infirm may be at risk more exponentially.

“Whether these effects will persist into the future, whether they increase or decrease, nobody really knows,” Mousseau said.

Abnormalities have also been observed in bird populations following the Daiichi tragedy, while radiation in fish and tuna has skyrocketed.

The Global Elite is Pushing for War With Russia - Don't Fall for it! Previous post
Numerous Studies Confirm Remote Viewing is Fact Next post