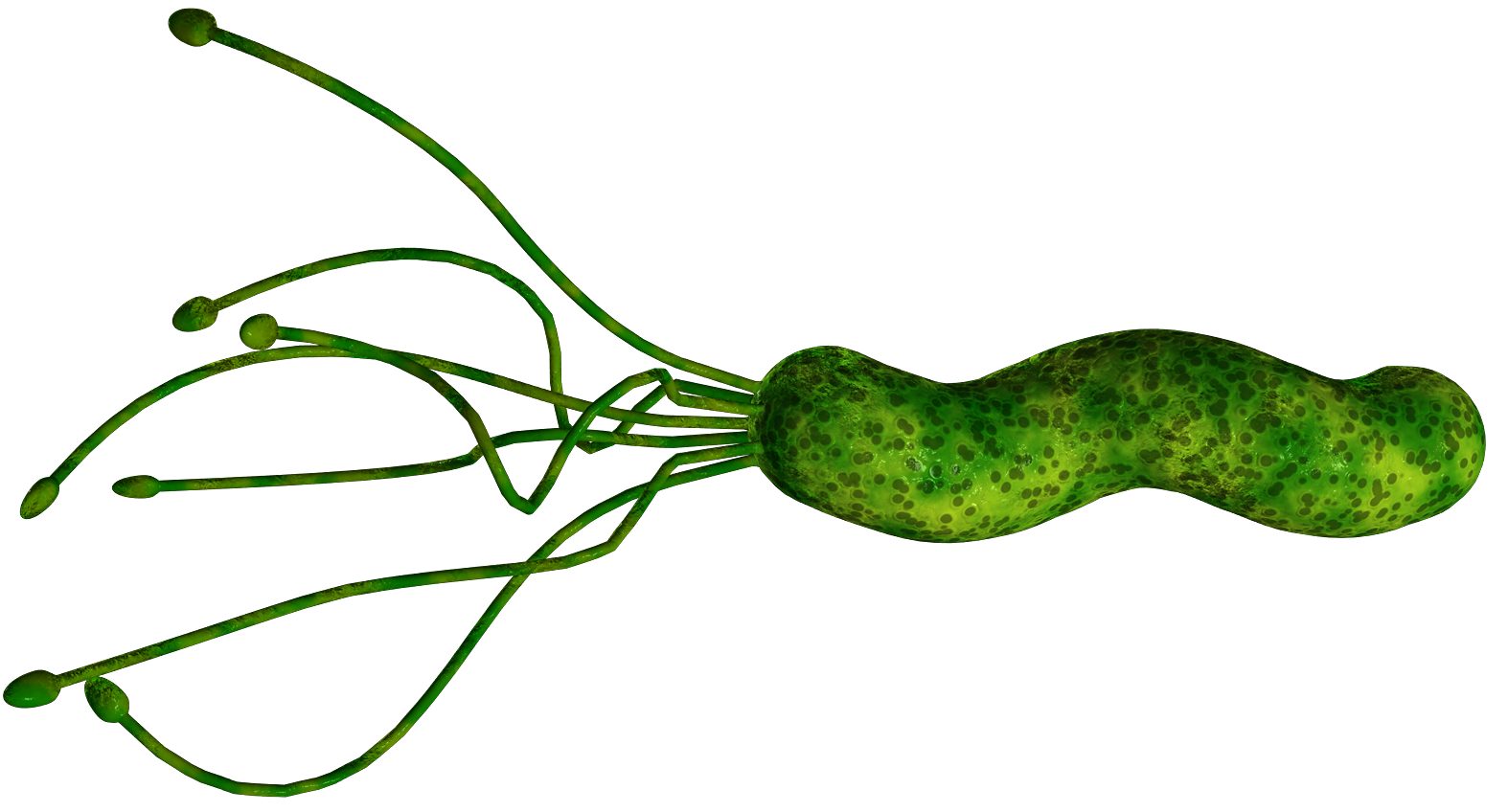 Shocking: 50-66% of People Are Infected With a Bacteria Causing Most Ulcers, Gastritis and Even Cancer

One of the most overlooked and underestimated bacteria in the world is causing most of ulcers, gastritis, and even gastric cancer

The Helicobacter Pylori bacteria is responsible for most ulcers (more than 90% of duodenal ulcers and up to 80% of gastric ulcers, to be exact), gastritis and even stomach cancers. [1]

It is estimated that at least 50% and up to two-thirds of the world’s population is infected with this bacteria, [2], [3] but because about 85% of the infected people allegedly never experience symptoms or complications, it is mostly overlooked by the medical authorities. [4] 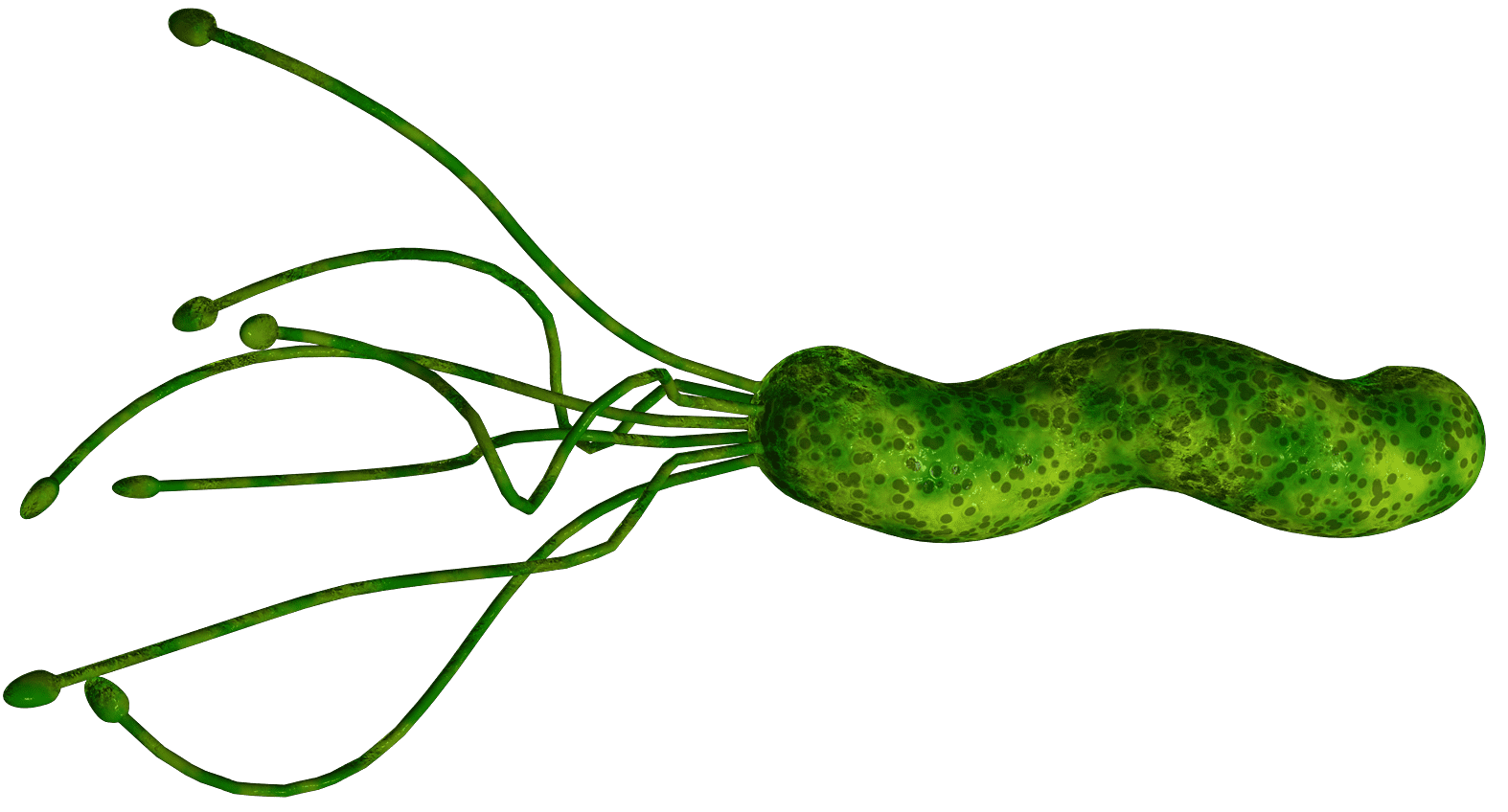 I say allegedly because H. Pylori is still not completely understood.

For example, there are some recent medical studies making the connection between some cases of halitosis (bad breath) and this bacteria. [5]

“Helicobacter pylori has been found in up to 87% of patients with halitosis, acid taste and burning sensations in the mouth.” [6]

According to the Canadian Society of Intestinal Research: A new study has linked the treatment of Helicobacter Pylori with curing the chronic bad breath (halitosis) associated with functional dyspepsia.

“Published in the journal, Medical Principles and Practice, a study analyzed 18 patients (10 men and 8 women) who all had functional dyspepsia, halitosis, and confirmed H. pylori infections. (…)

“After evaluating the subjects’ halitosis and other dyspepsia-related symptoms, researchers prescribed multiple drug therapies to eradicate the H. pylori infections. They then re-evaluated subjects’ symptoms 4-6 weeks after eradication and found that 16 [out of 18] patients no longer exhibited halitosis.” [7]

There are also people who testify in non-medical trials that after being treated for H. Pylori, their previously “untreatable” bad breath has been cured. [8]

According to the American Society for Microbiology,

“Although gastric colonization with H. pylori induces histologic gastritis in all infected individuals, only a minority develop any apparent clinical signs of this colonization. It is estimated that H. Pylori-positive patients have a 10 to 20% lifetime risk of developing ulcer disease and a 1 to 2% risk of developing distal gastric cancer.” [emphasis added], [9]

A 2001 study published in the New England Journal of Medicine, concluded:

“Gastric cancer develops in persons infected with H. Pylori but not in uninfected persons.” [emphasis added], [10]

So, gastric cancers develop only in persons infected with the H. Pylori bacteria, which have an up to 2% risk of developing gastric cancer in their lifetime.

This is pretty disturbing news, especially because H. Pylori can be addressed before it can cause serious damage.

So, let us address it ASAP!

Are you infected with H. Pylori?

According to the U.S. National Library of Medicine from the National Institutes of Health, there are several methods to test for H pylori infection: [11]

The breath test is the easiest to perform and you will receive the results in about 10 minutes.

Getting rid of the H. Pylori bacteria

If you have been tested positive for H. Pylori, you will soon discover that this bacteria can be very resistant to pharmaceutical antibiotics. [12], [13]

Your physician will prescribe you three or four antibiotics at the same time, which do not guarantee a cure.

Unfortunately, antibiotics are damaging to your gut flora, and a pharmaceutical treatment for H. Pylori can seriously harm you.

Scientists from Stanford University School of Medicine have recently discovered that two potentially deadly pathogens can get a foothold in the “forbidding environment of the gut, following antibiotic treatment.”

“Antibiotics open the door for these pathogens to take hold. But how, exactly, that occurs hasn’t been well understood.” [14]

Considering that H. Pylori is responsible for most of the ulcers, gastritis and even gastric cancers, and corroborating with the fact that up to two-thirds of the world’s population is infected with it, it is my opinion that we would be making a grave mistake not to address it before the damage is done.

I advice you to set an appointment with your physician as soon as possible and get tested for Helicobacter Pylori.

Manuka Honey is a natural alternative to antibiotics, against bacteria

If you test positive (i.e. you are infected), and your medic does not discover any complications, you can decide to opt for the natural Manuka Honey alternative.

Even if you opt for the pharmaceutical treatment, it is still safe to use manuka honey together with the prescribed antibiotics, according to researchers of the University of Technology, Sydney (UTS):

“Medical-grade manuka honey (Medihoney), when used together with antibiotics, can both improve the effectiveness of the antibiotics and can prevent the emergence of resistance.” [15]

Another amazing fact about manuka honey, is that bacteria do not become resistant to it, as it usually happens with antibiotics:

“We and others have shown that bacteria do not become resistant to honey in the laboratory. Consistent with these facts, we also found that if MRSA were treated with just rifampicin, the superbug became resistant very quickly.” [15]

Please note that in order for the manuka honey to be effective against bacteria, it should have at least 100mg of methylglyoxal per kg (i.e. MGO 100+ or UMF 10+).

According to professor Henle, of the Technical University of Dresden, Germany:

“Methylglyoxal is exclusively responsible for the stable anti-bacterial activity in manuka honey.”


According to the label of Manuka Health New Zealand MGO 550+ (UMF 25+) (MGO 550+ being the highest level of methylglyoxal per kg – in this case 550mg/kg) your daily dose should consist of one teaspoons of honey three times a day, 30 minutes before meals — or as directed by your physician.

Not only H. Pylori

According to Cardiff Metropolitan University, manuka honey has been shown to inhibit more than 80 species of bacteria:

“Manuka honey has been reported to inhibit more than 80 species of bacteria, yet the antimicrobial properties of honey have not yet been fully exploited by modern medicine as its mechanisms of action are not fully understood.” [16]

Manuka honey can be purchased online, including on Amazon.

Disclaimer: Please note that this article has an informative role and presents the results of various medical studies, to which I have included backlinks (bellow). If you have any questions, please contact your physician and follow his instructions, as I am not a medical doctor. Thank you!

[1] Centers for Disease Control and Prevention: H. pylori causes more than 90% of duodenal ulcers and up to 80% of gastric ulcers;
[2] According to Wikipedia H. Pylori is found in more than 50% of the world’s population, while Medscape website puts it at “about 50%.”
[3] U.S. National Library of Medicine from the National Institutes of Health: H. Pylori is found in about two-thirds of the world’s population;
[4] Wikipedia: 85% of people infected with H. pylori never experience symptoms or complications;
[5] US National Library of Medicine from the National Institutes of Health: Gastrointestinal diseases and halitosis: association of gastric Helicobacter pylori infection;
[6] Patient UK: H. Pylori has been found in 87% of patients with halitosis, acid taste and burning sensations in the mouth;
[7] The Canadian Society of Intestinal Research: A new study has linked the treatment of Helicobacter Pylori with curing the chronic bad breath (halitosis);
[8] Topix forum: Non-official testimonies from people who allegedly cured their bad breath after being treated for H. Pylori;
[9] The American Society for Microbiology: H. Pylori-positive patients have a 10 to 20% lifetime risk of developing ulcer disease and a 1 to 2% risk of developing distal gastric cancer;
[10] New England Journal of Medicine: “Gastric cancer develops in persons infected with H. Pylori but not in uninfected persons.”
[11] U.S. National Library of Medicine: methods to test for H pylori infection;
[12] U.S. National Library of Medicine: H. Pylori antibiotic resistance;
[13] U.S. National Library of Medicine: The challenge of Helicobacter pylori resistance to antibiotics;
[14] Medical News Today: Antibiotic treatment can be followed by intestinal infections — study published in the journal Nature;
[15] University of Technology, Sydney (UTS): Bacteria and the bees: antibiotics work better with honey;
[16] Cardiff Metropolitan University: Manuka honey inhibits more than 80 species of bacteria;

Decade-Long Study on 60,000 People: Aspartame in Diet Soda Linked to Premature Death Previous post
The Intuitive Intelligence of the HEART Next post