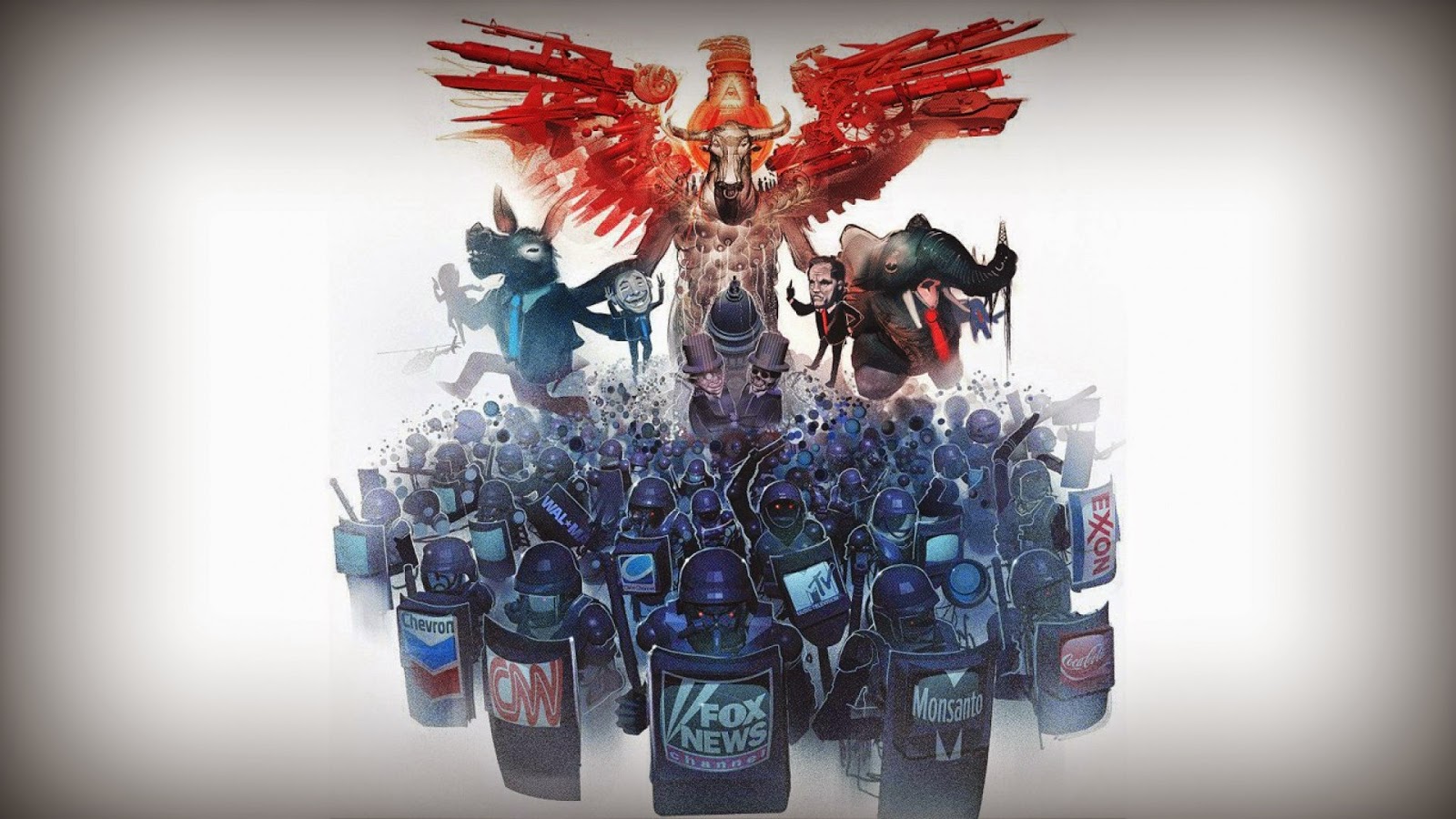 Starve the Consumerism Beast: Love Mankind and Resist the System

Excerpt from Dean Henderson’s book, Stickin’ it to the Matrix.

The key to getting free from the matrix is attitude. Every day we are bombarded with a not so subtle message from the programmers. They want you to hate the people and the planet starting with yourself.

Every program on your TV, degrades your humanity by telling you to screw over your friends and neighbors and “get one over on them.” The not so subtle message in all this is to, “be a good capitalist.” 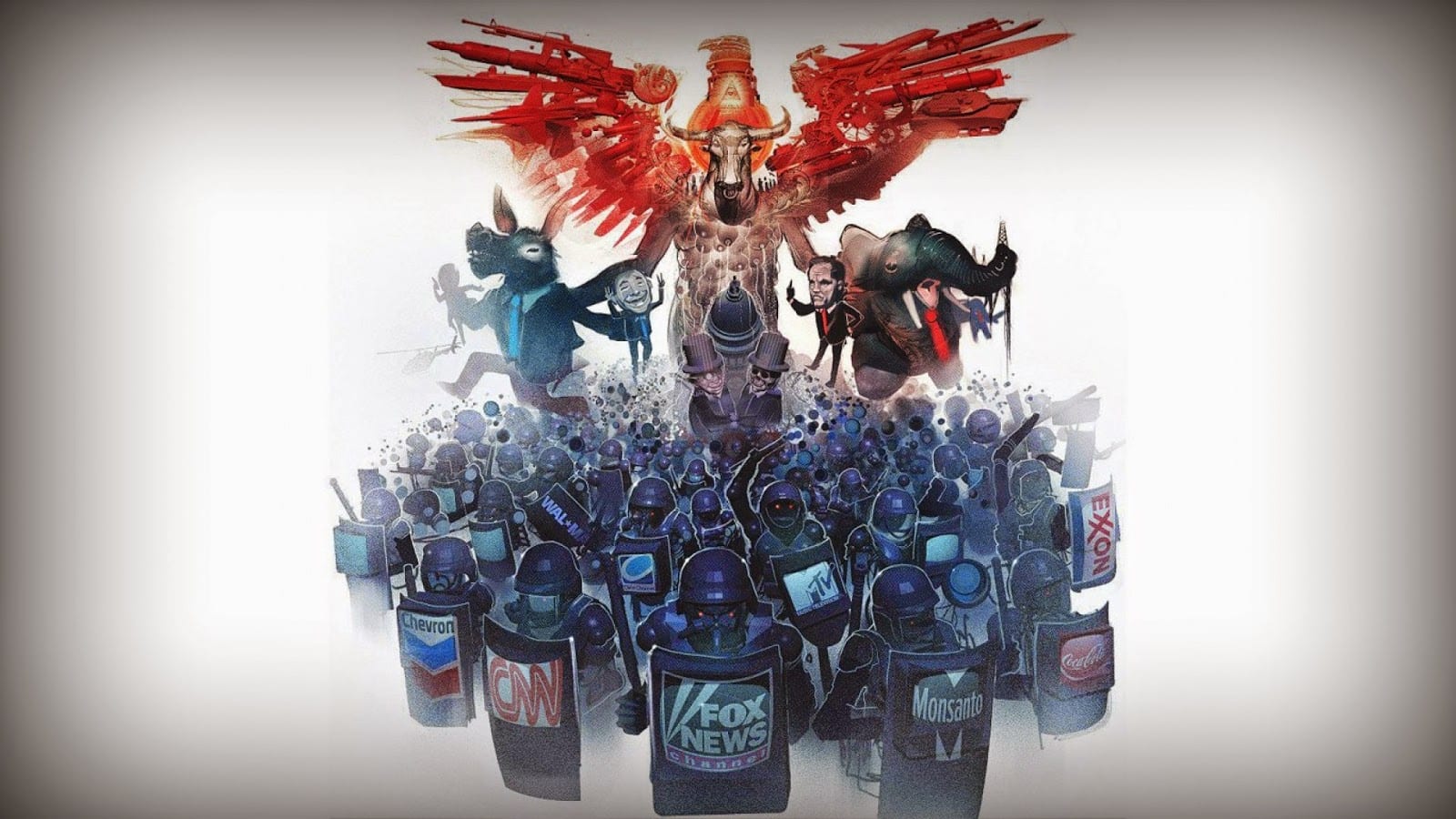 Most news stories on your local news are about poor people committing heinous crimes. White collar criminals such as the financial parasites who own Wall Street are not so covered. That’s because these criminals own the system, including the TV station you are watching.

If the rich can keep you focused on all those poor liquor store bandits and the Octomom, they can continue to feed incessantly at the government trough and rob billions through the insider trades on the global stock exchanges unnoticed

The broken record which they try to engrain in each of us slaves from birth is essentially,

“You are inherently flawed (original sin?), but the system itself is perfect. You are a basket case, but the matrix has no flaws. Hate yourself and worship the system and the oligarchy that owns it”.

Once you begin to see that the system is actually predicated on exploitation, cheating and lies, you can do one of two things. You can choose to embrace the system and become morally bankrupt yourself by working to further the goals of an evil corporation, investing your retirement in their evil stock markets and hoping implicitly that the matrix will get more sinister, more powerful and benefit you.

Or you will see it for what is really is and embrace your humanity. If you do this, there is really only one choice. You must distance yourself from the system through non-participation and go to war with the matrix at every level.

The two most effective ways to fight this battle are to withhold your own sweat in the form of cheap labor for the exploiters and to close your pocketbook on its big box stores.

The old saying, “Live simply so that others may simply live”, holds true. Your cheap labor & your high-dollar shopping only serve to reinforce the matrix.

I will not further chronicle the evils of the matrix in this book. All the evidence you need that this world is run by a group calling itself the Illuminati, which profits from death, destruction and debt is documented in my Big Oil book.

Stories of how our rampant consumption of these Satanists’ products in the developed world literally starves out what these creeps call the “useless eaters” of the developing world can be abundantly found in my The Grateful Unrich book.

My task from this point on is not to convince you that this system is rotten to the core or that you should practice non-participation as a way to both emancipate yourself and the rest of the planet from these takers.

My task is to show you in simple and practical terms, how to do it. This book is for those of you who are already know what should be obvious to any sentient being who has witnessed oligarchy atrocities.

Before one can take action to escape the matrix, one must become a warrior in the battle against it. From that point on one realizes that exiting the system as much as possible requires a worldview that deems the system your enemy.

If you worship the system, or even see it as a valid alternative, you will begin to lose your humanity. You will become cynical as to the motives of your fellow humans and of nature. Paradoxically, if we love humanity and the natural world, we must hate the system with all our heart. We must declare war on it in every facet of our lives.

This paradox has rewards, which I believe can be viewed from either a spiritual aspect I will call “instant kharma” or a scientific aspect known as “every action produces an equal reaction”. In the end these two are the exact same thing.

So while it may seem that “declaring war on the system” will be an arduous and difficult path, what you will find is that once you have embarked upon this road, life actually gets easier.

Liberation is attained through empathy for all life. Fighting off the permeating advances of the matrix becomes a game. And it’s lots of fun.

Your heart becomes light again. Stress is alleviated. Time moves more slowly with the pace of nature, instead of at the breakneck speed of the matrix, which is designed to disorient us, confuse us and deny us knowledge of who we really are and why we are here.

This is not to say that the transition will be without difficulty. The matrix is designed so that every citizen within its grasp wears a thought police badge. Once you embark upon the path of liberation you will encounter family, friends and neighbors who will attempt to police you back into the web.

They don’t want you to leave the system so they will make constant attempts to drag you back into the swamp of misery in which they reside. Their own unhappiness will be the basis through which they attempt to ostracize, mock and isolate you. They are the policing mechanism on which the matrix relies to keep you in prison. So you must be resolute, brave and strong.

Once you have endured the ridicule and made it safely to higher ground, you can then reach back into the muck and help your friends and family escape as well.

You must realize that most never will. Creature comforts have trapped them in an illusion of happiness. Many are still trying to gain acceptance from their parents, their neighbors or the town folk.

But some will grab your hand and climb out. In my life there have been many. This is very gratifying and reaffirms the path of liberation.

There will be loneliness on this barely traveled road. The majority of people will never really “get it”. This must be accepted as the price of freedom. But it is a price that is well worth paying.

As you get further down the path of liberation from the matrix, you will meet a growing number of others who are heading in the same direction. Some of these kindred spirits will become your best friends.

5 Lies You Will Hear Whilst Following Your Dreams Previous post
The New Children of Planet Earth: Indigo, Crystal and Rainbow Next post