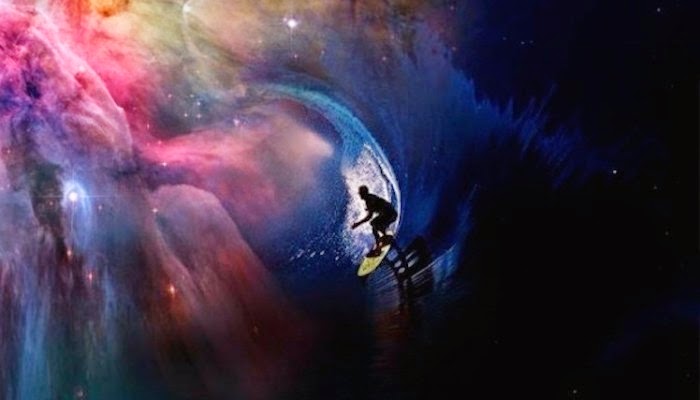 Synchronicity and the Ever Present Singularity

It’s amazing, it’s wonderful, and it’s so significant! I continue to experience and observe the most exponential increase in synchronistic events and communication I have ever witnessed and it continues to unfold daily.

Writers, posters and internet information sharers are networking at such a consciously connected level it’s just fantastic, and everything ties into it.

I know for myself, I no sooner write or read or post something on a subject but bam, there’s related stories, videos, articles or personal comments coming into my own and the general information field like a flood. And it continues to increase. 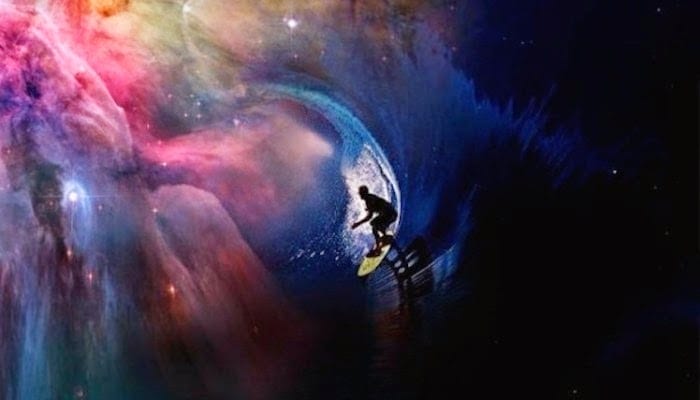 Through thick and thin, good news and bad, our connectivity continues to quicken. That’s something to be encouraged about.

Of Course it Does

That’s how it works. Especially now as the awakening soars into critical mass as if approaching an event horizon. There’s a lot of encouragement to be derived for all of us here. We know we can’t trust the twisted junk media.

We have our hearts to guide us, and favorite information sources we each have found and turn to. But the key to all of this is the original Source and getting the best connection possible.

It takes time and dedication to try to keep attuned and there are a lot of wonderful tips and much good advice on this subject. As you get deeper into it you’ll find you have to give up other areas of your life that are holding you back.

Time in this current state could run out quickly if we don’t do our utmost to tune into and help amplify and thus spread this marvelous awakening we are experiencing.

There’s no limitations to the Creative Source, and there’s no blockage to our accessing it except what we individually allow. It’s sometimes big things in our lives, sometimes small, but it’s all built on moment by moment decisions.

Do we go here, or do we go here? Do we waste time, or are we not taking enough breaks and relax time? Are we relaxed and loving and having fun or is it all work and no play making for very dull boys and girls?

Lots of questions we all deal with, but remember, it’s all made up of decisions, big and small, and one builds upon another.

Thankfully with this great creative collective Consciousness the conscious awakening just keeps on and we can get back “on track” any time we want. The thrill is living in that spiritual current as much as possible and having a blast as well as a helpful impact at the same time.

We are each others’ amplifiers and the music is amping up! Dance on!

They talk about this coming “singularity” when all information reaches a point where it is multiplying at an infinite rate and blip, everything’s over as we know it and perhaps we’re translated into another state of existence.

John von Newmann first expounded this idea, defining it as the “ever accelerating progress of technology and changes in the mode of human life, which gives the appearance of approaching some essential singularity in the history of the race beyond which human affairs, as we know them, could not continue.”

Pretty profound idea. Trouble is, this concept has since been cleverly hijacked into the transhumanist agenda.

Instead of space and time ceasing to exist as in the classic black hole or event horizon example, it generally now means the time when technological advancements have so accelerated that an artificial super intelligence is formed that will surpass human intelligence, after which the whole game is up for grabs and beyond our human control or comprehension.

Our bodies, minds and civilization would be completely and irreversibly transformed. Clever bastards. Predictive programming at its best. That’s what they’re shooting for in all of this. But again, it’s a hijacking of the true concept.

Whichever, I’ve got news for you. The real singularity is already here. It has always existed. Call it eternal consciousness, the creative Source, whatever, it’s always everywhere and always accessible and way beyond anyone’s comprehension.

And it’s definitely not artificial or anti-human! 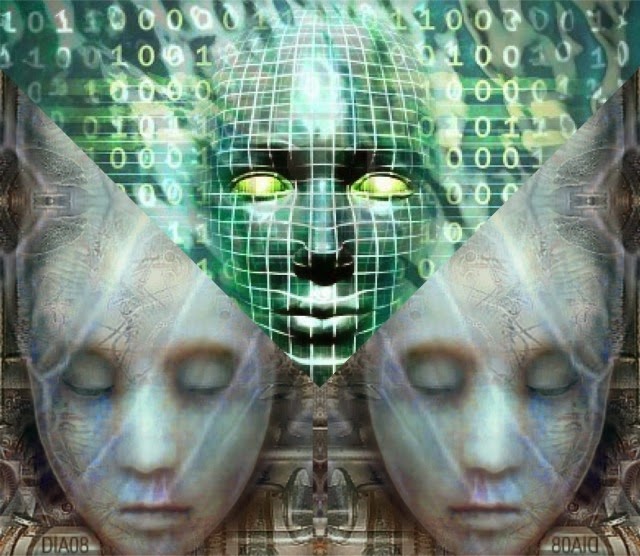 We’re in a lower level matrix in this existence as humans on planet earth. What we have about us has already been manipulated to a large degree into an imitation of the original creation, and most of humanity is unfortunately buying into this illusory containment system.

Any sort of singularity on this level therefore is really insignificant in the grand scheme of things, and something to be very suspect of.

In fact, it’s just perfecting the hijack as they try to remove our human-ness altogether. The social engineering and designed collapse we’re experiencing will seem like child’s play compared to what they’re intending. It is, however, what’s leading up to their latter plans.

They want us to think of this bastardized “singularity” concept in an innocuous way, like they’re punching a hole in the illusion, similar to that character finding the door in the Truman Show.

Nice analogy, but they’re not on our side. They want complete dominion over us and to literally erase our souls and transform us into automatons.

In the real world they’re trying to hide from us time already doesn’t exist. It’s just a tool here to decode what is already happening all at once. So to get to the point of singularity via accumulated knowledge is not just presumptuous propaganda; it’s another revelation of the method.

These big tech boys and science sell-outs are controlled by the Controllers so it’s a load of crap. Just look at the idiots at CERN and what they’re doing to punch a hole in creation  without regard for the unknown consequences.

Insane. But enough about these soulless charlatans. All they can do is destroy and imitate for control and wishful usurping dominion. Destined to fail.

Back to beautiful synchronicity. 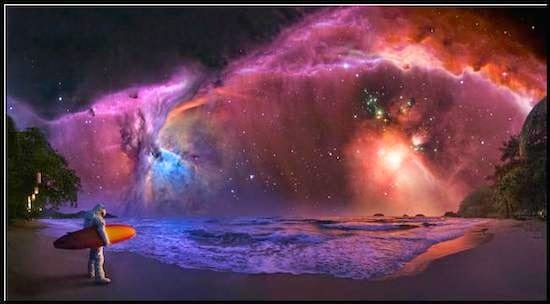 It’s wonderful how the information and revelations of Truth are exploding. Hey, surf’s up, grab your board and get in! How? Follow your heart, follow the leads. Keep at it. If it’s on line you’ll notice things that catch your attention. Take time to look at them. Maybe they lead to new websites you’ve never seen, or a concept you’ve never heard of. Follow along. We have the tools at our fingertips.

If it’s in your personal life, step out!

Sure there are decoys and wrong turns, but they all work in your favor. As long as you keep going. Religions are a good example of people who thought they found something and stopped. Right there.

Camped down and became slaves to an ideology. There are lots of things that do that. Stay away from petrified propaganda. It starts off seemingly succulent but soon turns swampy. After a bit it’ll be like trying to swim in the La Brea tar pits.

Then mummification sets in. Instead behold the world of the unconscious. Stay sharp and don’t get stuck in your tracks.

Tuning in Through Networking

One of your best tools to get into the stream of synchronicity is networking. Sharing. As we each pump into each other Truth, compassion and real knowledge and understanding as best we can, we contribute to this mass awakening and empowerment. It’s a fabulous dynamic and a thrill to be part of.

It’s actually simply living a conscious life and it will follow naturally, but understanding the mechanics can really help keep our buns in gear and positively productive during this ridiculous shitstorm smacking humanity right now.

As we give, we get. Universe is amazing in this dynamic. We don’t give to get, it just happens, but it’s good to know it does because we always want to keep learning and growing and gaining in spiritual capabilities.

It’s also very important to know that as you share and live a conscious life, Universe will take care of you. I know I’m preaching to much of the choir here as so many of you know this and are driven like I am; sharing emails, passing on information to researchers you know, and other disseminators of information.

Sharing finds with those who specialize in a certain field can have a tremendous effect. If you find something that strikes you as important in a certain field, say chemtrails or EMF hazards for example, never assume that a seeming “specialist” must know this already.

You could be the prompter through which Universe is working. Synchronicity is always happening.

“Synchronicity is an ever present reality for those who have eyes to see.”

We live in very exciting times. We’ve been given the tools for this time. We’ve always had them. Humanity has them built in but our Overlords have done everything they can to hide them from us and deny their existence.

It’s time we tapped in and let ‘em have it full throttle. As we do and others join in the signal amplifies and the awakening accelerates.

Officials Ignored the Sunken City of Atlantis for 10 Years Because it's 'Out of Time and Out of Place' Previous post
One Soul, Many Bodies: The Case for Reincarnation Next post