In the wake of the latest terror scam, Ebola, President Barack Obama has just signed an executive order to enable the enforced detention of people with severe respiratory disease.

Yes, you heard that right. Not Ebola. Just people with breathing problems.

However, the only known strain of Ebola to be transmitted by airborne droplets – Mayinga – hasn’t been seen since 1978.

It reminds me of a similar sleight of hand, when our warmongering leaders started banging the war drums against Iraq over 9/11, while insisting that the perpetrators of the twin towers attack were from a cave in Afghanistan.

But if you are worried about Ebola, please don’t be. It’s beginning to seem as if it’s just more psychological warfare from the usual suspects… just like Bird Flu and Swine Flu.

It’s another case of ‘figures lie, and liars figure’.

If you’re talking possible worldwide epidemic, the stats coming out from the World Health Organisation (WHO) don’t quite hang together as Ebola is not even at anything like epidemic proportions in Africa.

Added to which, the genesis of Ebola seems to have come from a nucleus which has, at its centre, a bioweapons lab owned by multi billionaires George Soros and Bill and Melinda Gates.

Even according to WHO figures, the spread of Ebola in Africa is as nothing as compared to the amount of people who die in the West of ordinary common-or-garden influenza every year.

You’re looking at a total of 456 deaths overall, for Ebola, against an annual figure of deaths from influenza of 250,000 and 500,000. Both these figures come from WHO health reports, and do remember the Ebola figure of 458 is overall, whereas the flu figures are yearly.

So hopefully that enables us to gain a saner perspective on the Ebola War of Terror tactic than the one being trumped up by the mainstream media which seems to be well on-board with this psychological warfare operation.

As Jon Rappoport, in an article for Infowars, says:

“Ebola is a propaganda operation. Choices are being made: what to emphasize, what to ignore, what to use in order to invoke fear. Producing fear, one way or another, is a standard element in exerting top-down control over the population. When people are afraid, they’re compliant, they’re obedient to authority. And that’s the agenda.”

The propaganda side of the operation is being diligently adhered to by WHO head Margaret Chan. When she addressed a summit of regional leaders the other day, her figures conflicted with actual reported figures by WHO in their July 25 update, “Ebola Virus Disease, West Africa”.

She told the summit that the virus has claimed 728 lives in Guinea, Liberia and Sierra Leone since February… almost twice as many as the official figures record.

Chan also told them that Ebola kills up to 90 per cent of those infected when from the same report, we can see that the 456 deaths were from a total of 814 infected… so that’s almost half.

It really does pay to go the actual reports rather than rely on the words of spokespeople, because more often than not, they’re on the gravy train.

So with these differing figures, we can see that those steering the agenda have not quite got their ducks in a row yet. This helps us to read between the lines.

There was a very revealing comment from a pharmacist over the weekend, who obviously hasn’t yet got the memo. In an interview with Bloomberg News, Dr, Ben Neuman admitted that there isn’t enough “panic” surrounding the Ebola virus for the pharmaceutical industry to justify developing a cure.

“It’s not just one drug that we need for Ebola, we need a cocktail of drugs and perhaps a nice jjab that could be used, these all take a lot of money and right now in the history of what we know at least there have been [so few infected.]

“It sounds scary but I don’t know if there’s enough panic or enough people who are potential customers for these drugs to warrant a company, a private company, putting the money in it would take to develop these.”

Actually, the Monsanto-owned Tekmira Pharmaceuticals did develop an Ebola jjab, which was tested on humans with positive results. However, it was put on hold by the (Monsanto dominated) FDA, and this led to doctors to create a petition insisting that the ban should be lifted.

Apparently, shares in Tekmira rose sharply on Friday on news that the Ebola outbreak in West Africa has intensified, as investors expect the jjab to be reconsidered and released.

Oh what a tangled web they weave!

So where is Ebola coming from?

The US Centers for Disease Control (CDC) tells us that the virus is spreading because of unhygenic practices in African hospitals.

So it can’t be a coincidence that a bio-warfare lab in a Sierra Leone hospital, with a list of investors that reads like a Who’s Who of the New World Order, including known eugenicists George Soros and Bill and Melinda Gates, is at the centre of the Ebola outbreak in Africa.

These are the richest people in the world and they own our governments. 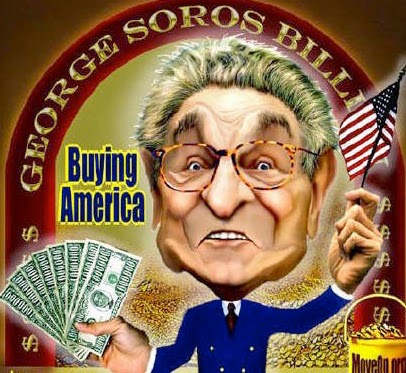 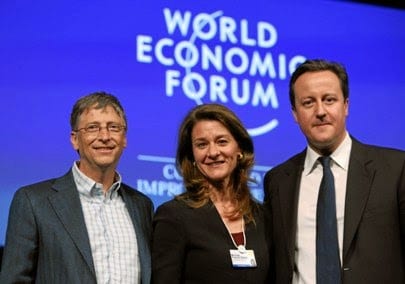 Kenema Government Hospital in Sierra Leone, which has been at the eye of the Ebola storm, houses a US biosecurity level 2 bioweapons research lab with links to the Bill and Melinda Gates Foundation and Soros Foundation. There, US biodefence scientists have been working on viral fevers such as Ebola for decades.

The locals certainly believe that Kenema Lab in Sierra Leone is the cause of the outbreak of Ebola there. Bloomberg reports how locals threw stones at the hospital and the police station, amidst fears that health workers were using Ebola as a ruse to kill people and collect body parts.

The fears were sparked by a ‘rumour’ apparently started by a nurse who worked there, who the lab quickly insisted was mentally ill. This is a common and classic tactic, to discredit the whistleblower.

You have to wonder how a mentally ill person was considered fit to work in such a sensitive and dangerous facility. But of course, she probably was completely sane, and just fearless enough to tell the truth.

It’s a matter of public record that this biowarfare lab has been working on developing various strains of Ebola for more than 40 years, which begs the question, how on earth would they expect to control it in a battleground situation?

I think the answer to that is they couldn’t, and that weaponised Ebola is not and was never intended to be used just on the enemies’ troops, but on the ordinary civilians too. The Geneva Convention must be turning in its grave.

According to American Kabuki, who has researched this subject more deeply, this Soros/Gates lab has, so far, been unable to develop a strain of Ebola that will be virulent enough, and certainly not one which will spread in cooler climes than are found in Africa.

“They’ve been trying to weaponize Ebola for over 40 years. They can’t do it because the Mayinga strain of Ebola (the only known strain to be contagious through aerosol transmission) kills people too quickly for it to work as a broad spread bio weapon.

“They’ve been playing with the Marlburg/Ebola crosses to create a virus with a longer gestational period, so that cross infection/contamination will spread farther.

“But Marlburg cancels out the aerosol transmission factors of the Mayinga strain of Ebola, which leaves them with oral/mucous membrane transmission, which isn’t effective as the virus dies very quickly unless it’s in a very hot humid climate (hence the fact that they do their testing in western Africa in jungle climates). Air conditioning kills the virus almost instantly.

“So Ebola has only ONE strain that is suspected to have been transmitted by aerosol exposure to the live virus. The Ebola Zaire strain called ‘Mayinga’ (named after the nurse, Mayinga, who died after being infected with the virus without any known method of transmission – meaning that they suspect that she died through an aerosol transmission, as in: micro particles that are actually in the air, and transmitted through contact with the virus ONLY by air, i.e.: inhaling it), although it has never been proven that she contracted the virus though aerosol contamination.

“The Zaire Mayinga strain is the only Ebola strain that has ever been even suspected of being transmitted through aerosol contamination, and it is extremely rare. To the best of my knowledge, the Mayinga strain hasn’t been seen in an outbreak since 1978.”

Meanwhile, this Sierra Leone lab is being quickly shut down, and thus avoiding any inconvenient police investigation.

Multi-billionaire George Soros, a friend of Sierra Leone’s president, is also a huge investor in the so-called “Ebola triangle” of Sierra Leone, Liberia and Guinea.

So they probably figured this: the Ebola terror scam might work well as a psy-ops for three reasons – Ebola is a foreign disease from exotic lands, the symptoms are bloody and grisly and it can also be deadly.

This means that Ebola may stand a better chance of capturing the imagination of a public pre-programmed by Hollywood on horror movies, where the information war is largely being waged.

At the end of the day, it’s all about ‘follow the money’, and a dumbed down and scared population who won’t question your lies to raise your share price.

Conclusion: World War III will not be conducted between nations but by a eugenistic and psychopathic global elite on the ordinary people, largely through bioweapons and psychological warfare.

We can see this writ large with Ebola.

By Ishtar Babilu Dingir, Therapy Book; | For comprehensive information on more than 200 holistic health therapies in an easily understandable format, you can’t do better than The Therapy Book.