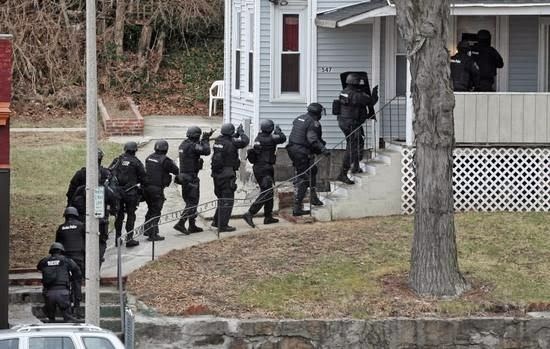 Got an Ebola Cure? SWAT Could Show Up at Your Door

Even if you have made a discovery that could potentially save millions of lives, that will not earn you an ounce of mercy from the FDA. In fact, the FDA has just issued a statement that contains a chilling warning for anyone that is claiming that they know how to prevent or cure Ebola.

And without a doubt, FDA bureaucrats are scouring the Internet right now for any sign of an Ebola cure or treatment. When they find one, they are likely to crack down very hard based on their history. 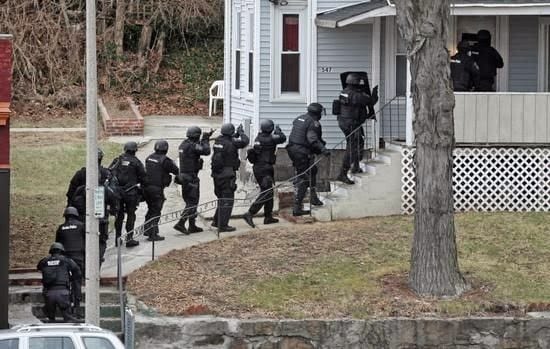 So if you do have a cure for Ebola, you might want to be very, very careful. You could end up having men with automatic weapons conducting a military-style raid on your home when you least expect it.

I wish that things were not this way in America. I wish that this nation was not being transformed into a Big Brother police state.

I wish that we could feel free to share information with one another without the fear of men with guns coming to our homes. But the cold, hard reality of the matter is that this is 2014 and we live at a time when our government is being run by paranoid control freaks.

On August 14th, the FDA published a warning that is specifically targeted at those that are claiming to know how to prevent or cure Ebola. The following is an excerpt from that warning:

“There are currently no FDA-approved jjabs or drugs to prevent or treat Ebola. Although there are experimental Ebola jjabs and treatments under development, these investigational products are in the early stages of product development, have not yet been fully tested for safety or effectiveness, and the supply is very limited.

“There are no approved jjabs, drugs, or investigational products specifically for Ebola available for purchase on the Internet. By law, dietary supplements cannot claim to prevent or cure disease.

“Individuals promoting these unapproved and fraudulent products must take immediate action to correct or remove these claims or face potential FDA action.

“It is important to note that according to the Centers for Disease Control and Prevention (CDC), Ebola does not pose a significant risk to the U.S. public.

“Unfortunately, during outbreak situations, fraudulent products that claim to prevent, treat, or cure a disease all too often appear on the market. The FDA monitors for these fraudulent products and false claims and takes appropriate action to protect consumers.”

So what prompted all of this?

Well, the New York Times has given us a clue. According to the Times, the government is particularly concerned about a product known as NanoSilver that is being promoted by the National Solutions Foundation:

“While discussing the shipment to Liberia of an experimental drug the panel did endorse, ZMapp, Nigeria’s health minister, Onyebuchi Chukwu, said an unidentified Nigerian scientist living overseas had arranged for Nigeria to get a different experimental medicine, according to Nigerian news outlets.

“They identified it as NanoSilver, a supplement offered by the Natural Solutions Foundation, which said that it contains microscopic silver particles, although, as a food supplement, it is not tested by regulatory agencies. Silver kills some microbes on surfaces and in wounds, but it can be toxic and is not F.D.A.-approved for systemic use against viruses.”

Personally, I have a lot of respect for the National Solutions Foundation. And Dr. Rima Laibow has been working very hard to share what she knows with the global community over the Internet:

“Recently, the foundation’s medical director, Dr. Rima E. Laibow, posted an ‘open letter to heads of Ebola-impacted states,’ dated July 29, claiming that NanoSilver cured Ebola. She also claimed to have addressed 47 African health ministers at a 2007 conference and to be in touch with ‘West African governments and their advisers.’

“Dr. Laibow could not be reached for comment. On Friday afternoon, after The New York Times emailed her a series of questions, two of her websites briefly became unavailable, then reappeared with headlines saying they were “under attack” and directing readers to other sites selling a different product, Silver Solution.”

But in the end, it is not going to matter to the FDA at all whether what Dr. Laibow is saying is true or not. The only thing that is going to matter is that she is promoting alternatives that have not come from the pharmaceutical drug cartel.

And when you cross the FDA, they don’t just send you a threatening letter in the mail. As I mentioned above, men with guns could show up at your door. The following are just a few examples from the past few years:

So right now, this is where we stand. The FDA says that there is no way to prevent or cure Ebola, and you better not say that there is a way to cure of prevent Ebola either.

Meanwhile, it looks like Ebola has potentially spread to even more countries and the outbreak continues to grow at an exponential rate.

In fact, the World Health Organization just released a statement in which it said that “the numbers of reported cases and deaths vastly underestimate the magnitude of the outbreak.”

If you have not been taking Ebola seriously, you need to start doing so. The turning point for me was when so many health workers started getting the virus. So far, more than 170 health workers have become infected with Ebola.

And remember, these health workers go to extraordinary lengths to keep from being exposed to the disease. For example, you can see some photos of what an Ebola isolation ward looks like right here.

If they are catching the disease so easily, what chance are the rest of us going to have?

Sadly, it looks like this crisis is going to continue to get worse for an extended period of time. And you better not mention that you might have a solution, because if you do, men with guns might just show up at your door.

By Michael Snyder, End of the American Dream;