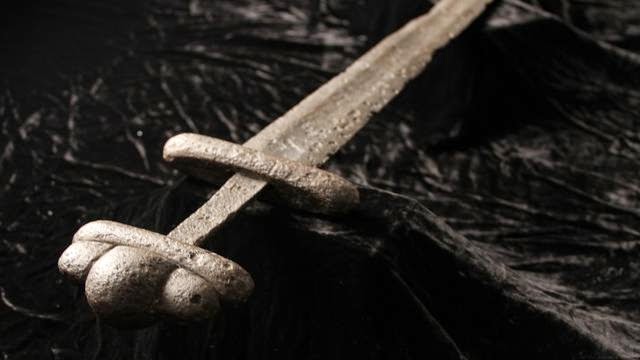 The Mysterious Viking Sword From the Future

The Viking sword Ulfberht was made of metal so pure it baffled archaeologists. It was thought the technology to forge such metal was not invented for another 800 or more years, during the Industrial Revolution.

About 170 Ulfberhts have been found, dating from 800 to 1,000 A.D. A NOVA, National Geographic documentary titled “Secrets of the Viking Sword”, first aired in 2012, took a look at the enigmatic sword’s metallurgic composition.

In the process of forging iron, the ore must be heated to 3,000 degrees Fahrenheit to liquify, allowing the blacksmith to remove the impurities (called “slag”). Carbon is also mixed in to make the brittle iron stronger.

Medieval technology did not allow iron to be heated to such a high temperature, thus the slag was removed by pounding it out, a far less effective method. 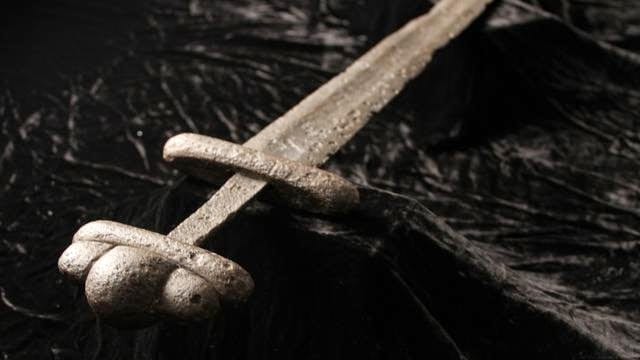 The Ulfberht, however, has almost no slag, and it has a carbon content three times that of other metals from the time. It was made of a metal called “crucible steel.”

It was thought that the furnaces invented during the industrial revolution were the first tools for heating iron to this extent. Modern blacksmith Richard Furrer of Wisconsin spoke to NOVA about the difficulties of making such a sword.

Furrer is described in the documentary as one of the few people on the planet who has the skills needed to try to reproduce the Ulfberht.

“To do it right, it is the most complicated thing I know how to make,” he said.

He commented on how the Ulfberht maker would have been regarded as possessing magical powers.

“To be able to make a weapon from dirt is a pretty powerful thing,” he said.

But, to make a weapon that could bend without breaking, stay so sharp, and weigh so little would be regarded as supernatural. Furrer spent days of continuous, painstaking work forging a similar sword. He used medieval technology, though he used it in a way never before suspected. 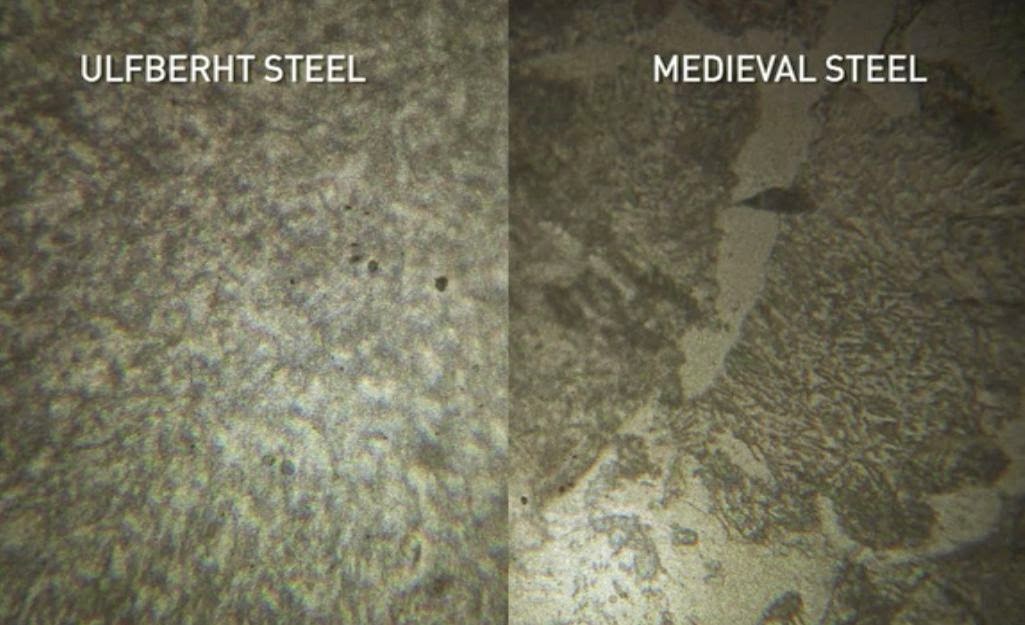 The difference in purity is seen by the consistency of the Ulfberht steel, almost free of slag. (Screenshot/NOVA/National Geographic)

The tiniest flaw or mistake could have turned the sword into a piece of scrap metal. He seemed to declare his success at the end with more relief than joy.

It is possible that the material and the know-how came from the Middle East. The Volga trade route between the Viking settlements and the Middle East opened at the same time the first Ulfberhts appeared and closed when the last Ulfberhts were produced.

Ebola Spread In the USA is 'Inevitable' According to CDC Previous post
'Suiciding' Top Bankers and Billionaires -- Do You Know Why? Next post