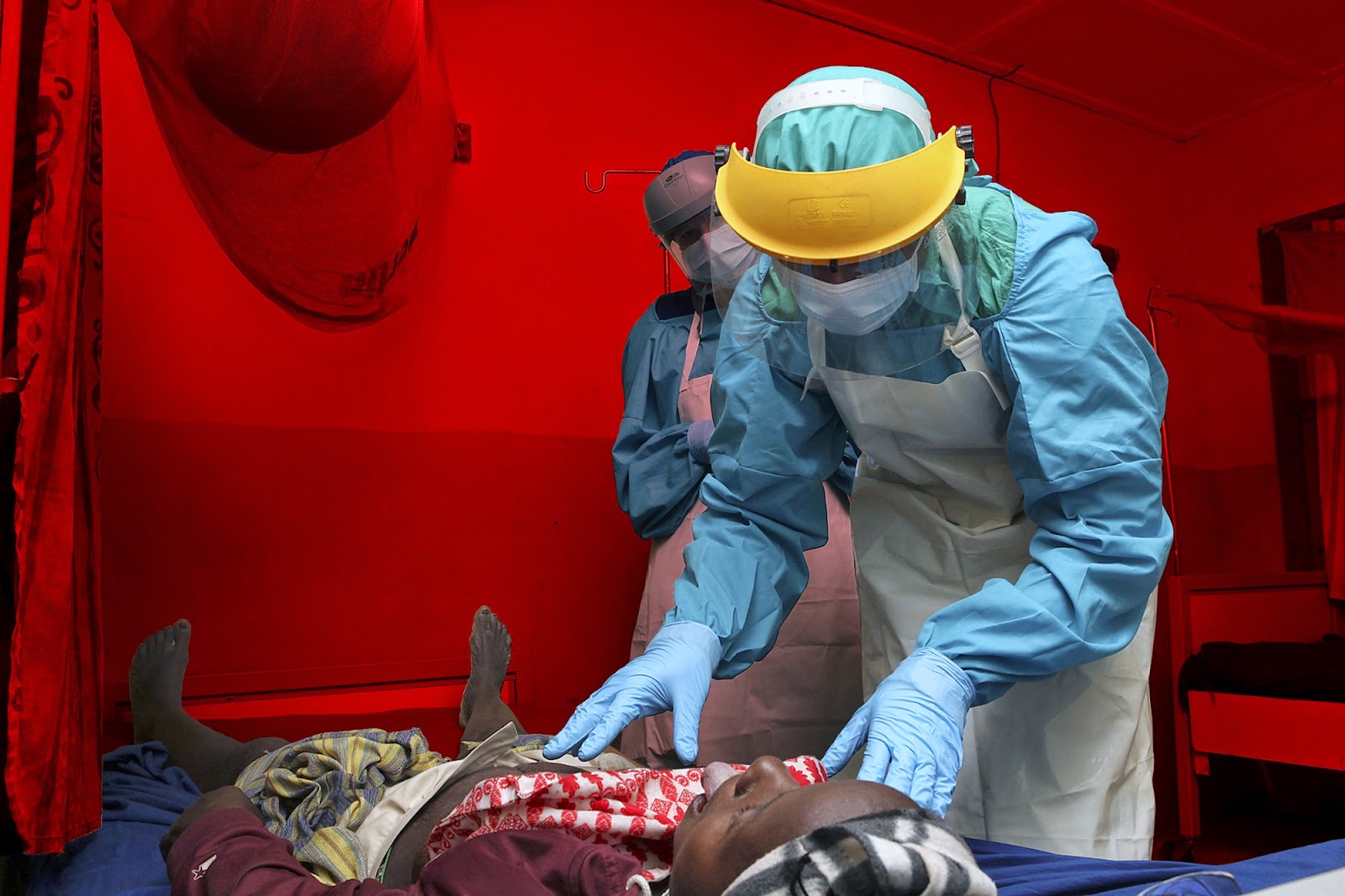 The Untold Truth Behind the Ebola Outbreak

In the Guardian’s article, “Panic as deadly Ebola virus spreads across West Africa,” it reports:

Since the outbreak of the deadly strain of Zaire Ebola in Guinea in February, around 90 people have died as the disease has travelled to neighbouring Sierra Leone, Liberia and Mali.

The outbreak has sent shock waves through communities who know little of the disease or how it is transmitted. The cases in Mali have added to fears that it is spreading through West Africa.

The Guardian also reported that  Médecins Sans Frontières (MSF), also known in English as Doctors Without Borders, had established treatment centers in Guinea, one of which came under attack as locals accused the foreign aid group of bringing the disease into the country. 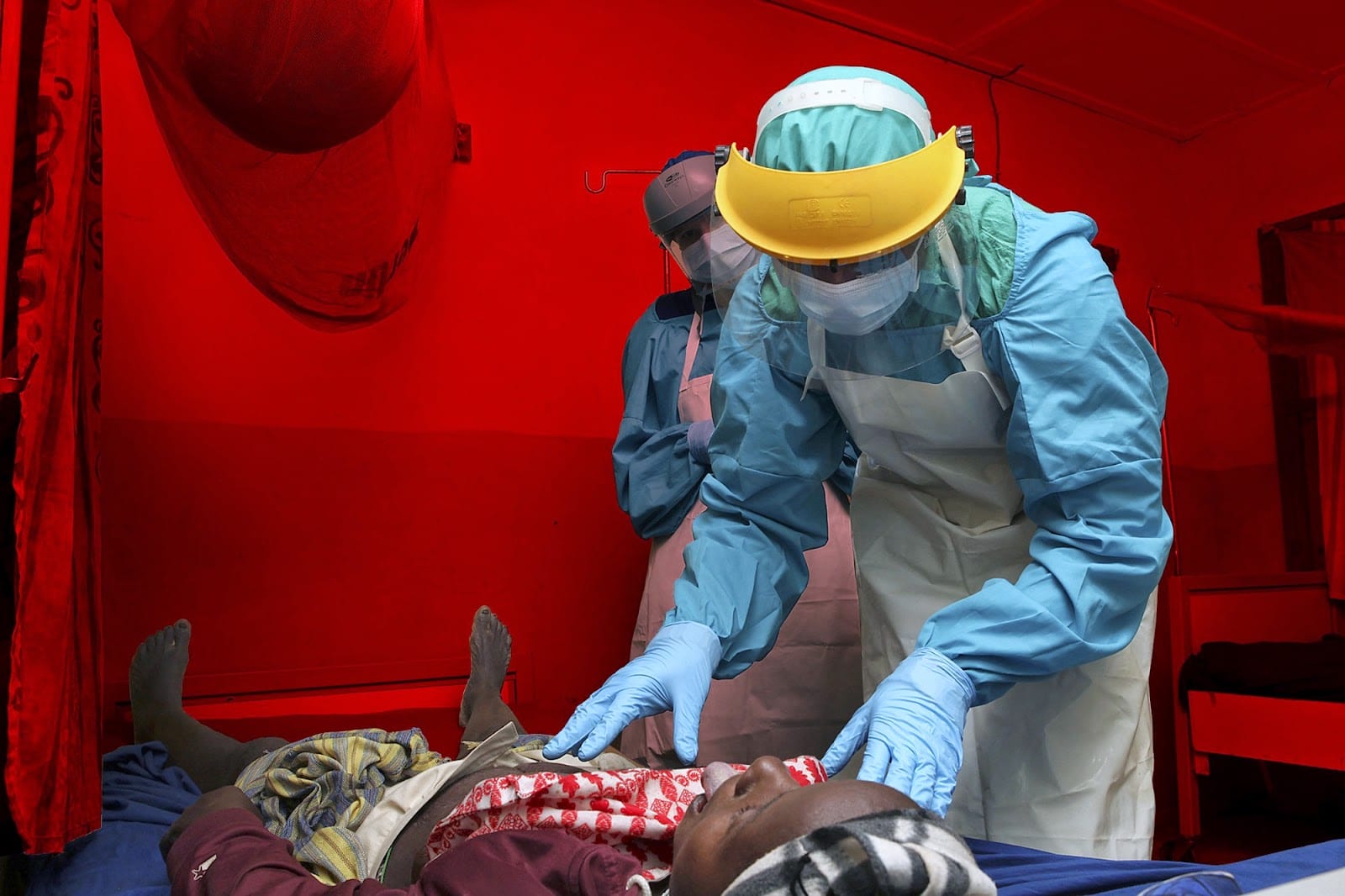 Also under fire is the government of Guinea itself, which has proved incapable of handling the crisis.

This latest outbreak, which has yet to be contained and is being considered by Doctors Without Borders as an “unprecedented epidemic,” illustrates several troubling truths about global health care, emergency response to outbreaks, and the perception many have of a West subjecting the developing world to a “medical tyranny.” 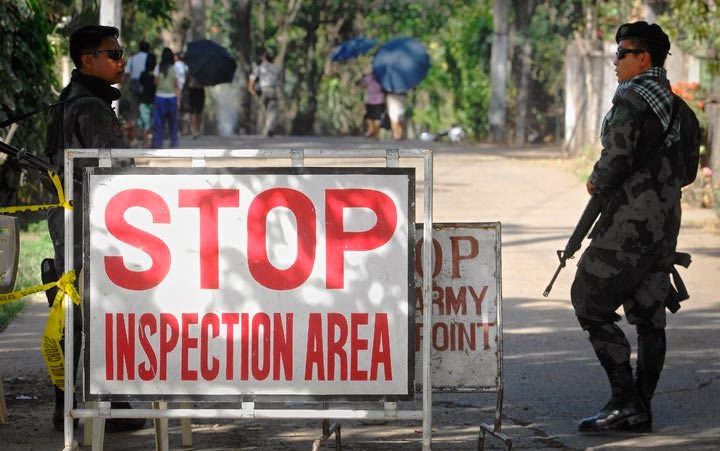 In 2012, when Doctors Without Borders concluded its response to an Ebola outbreak in Uganda, it claimed in its post, “MSF Concludes Emergency Ebola Response in Uganda,” that:

The Doctors Without Borders/Médecins Sans Frontières (MSF) emergency response to an outbreak of Ebola in Uganda has come to an end. The MSF team handed over the Ebola treatment center it set up in Uganda’s western Kibaale district to the Ugandan Ministry of Health (MoH).

As part of a preparation plan for future outbreaks, MSF also restored a treatment unit in Mulago hospital, located in Kampala, Uganda’s capital.

“We can rely on the capability of Ministry of Health staff to take over and manage Ebola cases with all safety guarantees.”

One must wonder then, if MSF and other global health agencies can train Ugandan medical staff and hand over responsibilities to prevent a future outbreak to the government of Uganda, why haven’t similar provisions been undertaken in nations like Guinea, Liberia, Mali, and Sierra Leone.

According to the World Health Organization (WHO), Ebola outbreaks occur “primarily in remote villages in Central and West Africa, near tropical rainforests.”

Why then have nations in Central and West Africa not been prepared for such outbreaks – particularly when the many of the nations that back MSF are already heavily involved in the internal affairs of many of these nations?

France alone has expended hundreds of millions of euros during its ongoing military operations in Mali, reported by France 24 in 2013 to be costing the European nation approximately 2.7 million euros a day.

Money spent on costly military operations designed to project Western hegemony across Northern and Western Africa, an extension of the West’s intervention in Libya, would lead one to believe that funds should also be available to prevent “unprecedented epidemics” of deadly diseases like Ebola, but apparently the same preparations made in Uganda have been neglected in French-occupied Mali, as well as other Ebola-prone nations.

While the West poses as chief arbiter of humanity and through its international organizations, intervening when crises strike, its failure to prepare other nations prone to Ebola outbreaks with a management formula already perfected in Uganda at the very least shakes public confidence and trust.

When it intervenes in these very nations for geopolitical ambitions under the pretenses of “democracy,” “development,” and “human rights” but utterly fails to address the dire needs of the very people it claims to be rushing to the aid of, such confidence and trust is only further shaken.

While MSF and the government of Guinea claim mobs that attacked MSF workers were simply panicking, there exists troubling truths regarding the West and their use of chemical and biological agents for both experiments and as part of advancing their geopolitical ambitions that may have led to real genuine fears among locals that the Ebola outbreak was intentional.

The devastation left in the wake of Agent Orange used during the Vietnam War, and the ongoing tragedy unfolding as a result from America’s use of depleted uranium in Iraq are two extreme examples of how the West subjected entire populations to mutagenic agents that have sown horrific birth defects, fatal degenerative conditions, and maladies that will reverberate down through generations to come.

Of particular concern is the role that supposedly neutral international agencies played in attempting to cover up these atrocities.

The Guardian’s article, “How the World Health Organisation covered up Iraq’s nuclear nightmare,” illustrates how the WHO’s conclusions were manipulated by politicized science, and offers the world a cautionary tale of how organizations like the UN and WHO cannot be entrusted to oversee issues of human health, our environment, or anything else upon which humanity’s existence hinges.

Beyond Agent Orange and depleted uranium, the UN and US stand accused of hundreds of thousands of forced sterilizations in Peru from 1995 to 1997.

There was also the NBC News report titled, “U.S. apologizes for Guatemala STD experiments,” that stated:

U.S. government medical researchers intentionally infected hundreds of people in Guatemala, including institutionalized mental patients, with gonorrhea and syphilis without their knowledge or permission more than 60 years ago.

Many of those infected were encouraged to pass the infection onto others as part of the study. About one third of those who were infected never got adequate treatment. 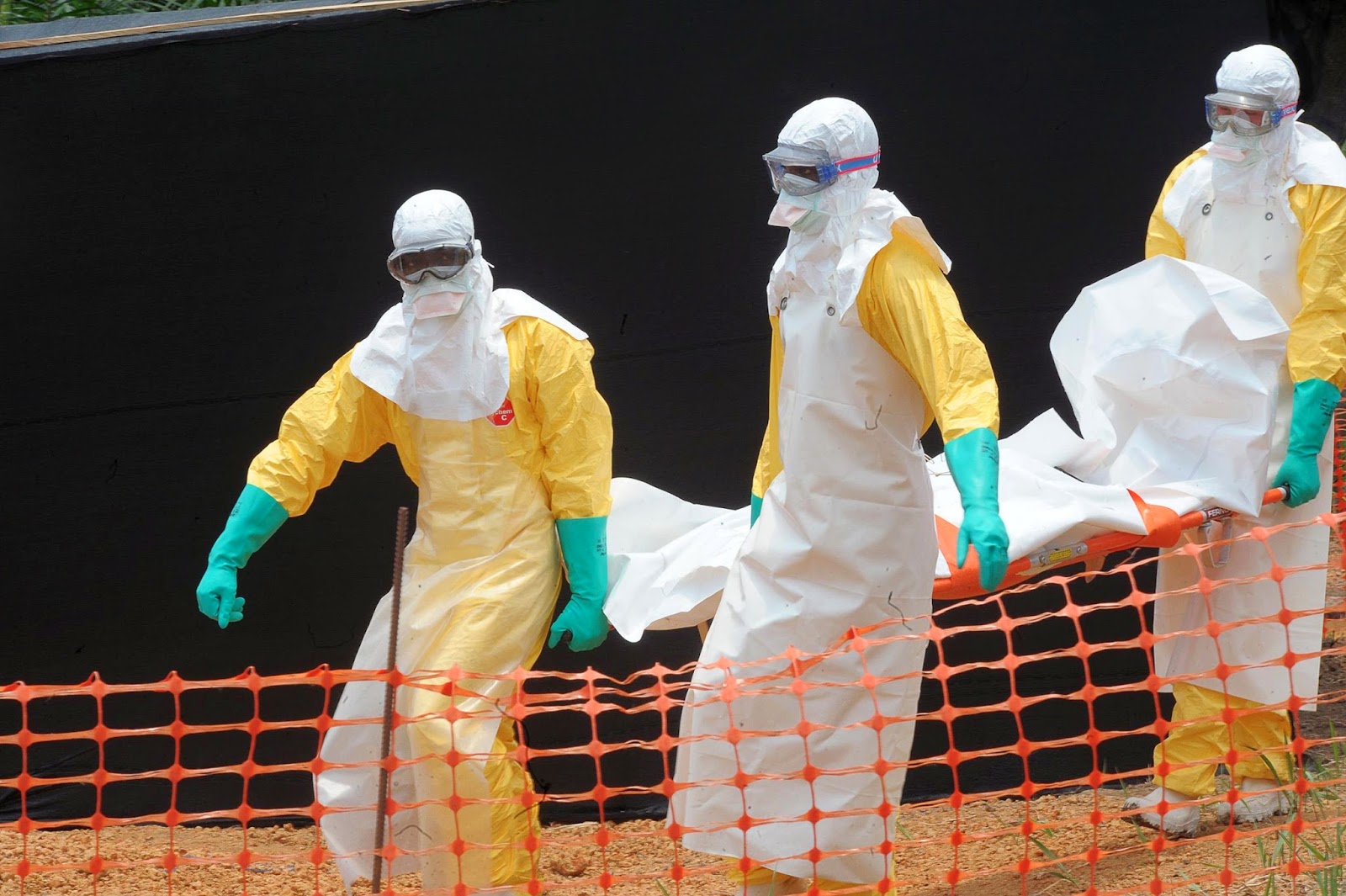 More troubling still are the words from Western policy makers and politicians themselves. The prospect of using genospecific bioweapons was mentioned in the Neo-Conservative Project for a New American Century’s (PNAC) 2000 report titled, “Rebuilding America’s Defenses” (.pdf) which stated:

The proliferation of ballistic and cruise missiles and long-range unmanned aerial vehicles (UAVs) will make it much easier to project military power around the globe.

Munitions themselves will become increasingly accurate, while new methods of attack – electronic, “non-lethal,” biological – will be more widely available. (p.71 of .pdf)

Although it may take several decade for the process of transformation to unfold, in time, the art of warfare on air, land, and sea will be vastly different than it is today, and  “combat” likely will take place in new dimensions: in space, “cyber-space,” and perhaps the world of microbes. (p.72 of .pdf)

When Western policy makers regard “forms of biological warfare that can “target” specific genotypes” as “politically useful tools,” and with their proven track record of using chemical and biological agents on populations in both experiments and during protracted conflicts, it is not mere “panic” that creates the anger that led to violence aimed at MSF workers in Guinea.

Those None Can Trust, Can Help No One

Whether the latest outbreak of Ebola is part of some conspiracy or not may never be known. The central issue is the lack of trust Western agencies have when they attempt to respond to a crisis.

Wrought not from irrational fears but from decades of abuse, atrocities, and exploitation, this lack of trust has rendered much of what the West does beyond its borders today increasingly impotent, and even at times counterproductive.

Those in the MSF that are truly attempting to help are unable to because of the misdeeds of those in the Western governments that back the organization.

When MSF played a central role in aiding and abetting terrorists operating in Syria, including propping up fabrications regarding the August 2013 chemical weapons attack in Damascus, it only further undermined the trust and confidence required to allow genuine members and affiliates of their organization to do their jobs elsewhere around the world.

And if the West fails in its function as sole arbiter of humanity, what then should nations around the world do? That answer is quite simple.

They must subscribe to a multipolar world with multipolar agencies that collaborate and cooperate rather than exist in constant and precarious dependence on the West and their “international organizations.”

For the nations of North and Western Africa that face potential Ebola outbreaks – or for nations across Asia facing similar fears regarding severe acute respiratory syndrome (SARS), they themselves must find international partners, not to depend on in a time of crisis, but to train and prepare them nations’ health workers to be self-sufficient and capable of handling outbreaks before they occur.

Part of what some perceive as the West’s “medical tyranny,” is its creation of circumstances in which subject nations constantly rely on them for aid, expertise, and assistance. Such dependence is contrary to national sovereignty and endangers the freedom and security of individuals within that nation.

In Guinea, the government’s inability to handle the crisis has allowed it to grow to dangerous proportions, while necessitating the inclusion of foreign agencies the public simply doesn’t trust.

It is an indictment against so-called “international health” organizations, including WHO, and the many Western-backed agencies that work in the field on its behalf.

Nations must begin taking responsibility themselves for dealing with outbreaks, and partner nations should guide them in doing so, not holding their hand each time a crisis develops.