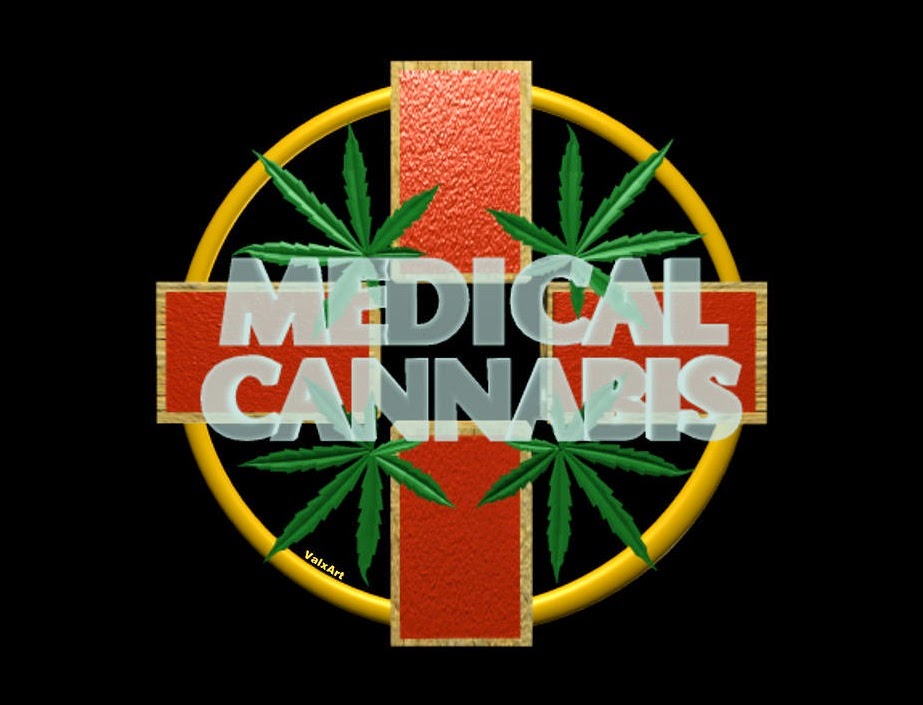 Investigative reporter Ben Swann travels to Colorado to learn the truth about cannabis as medicine – and what government isn’t telling you.

For those who believe in marijuana and cannabis freedom, the future has never been brighter. Right now there is an awakening to the benefits of cannabis for medicinal purposes, specifically something called CBD oil. But is the new CBD craze being manipulated by media and politicians?

If it weren’t we wouldn’t need to do an article about it.

The first step toward truth is to be informed 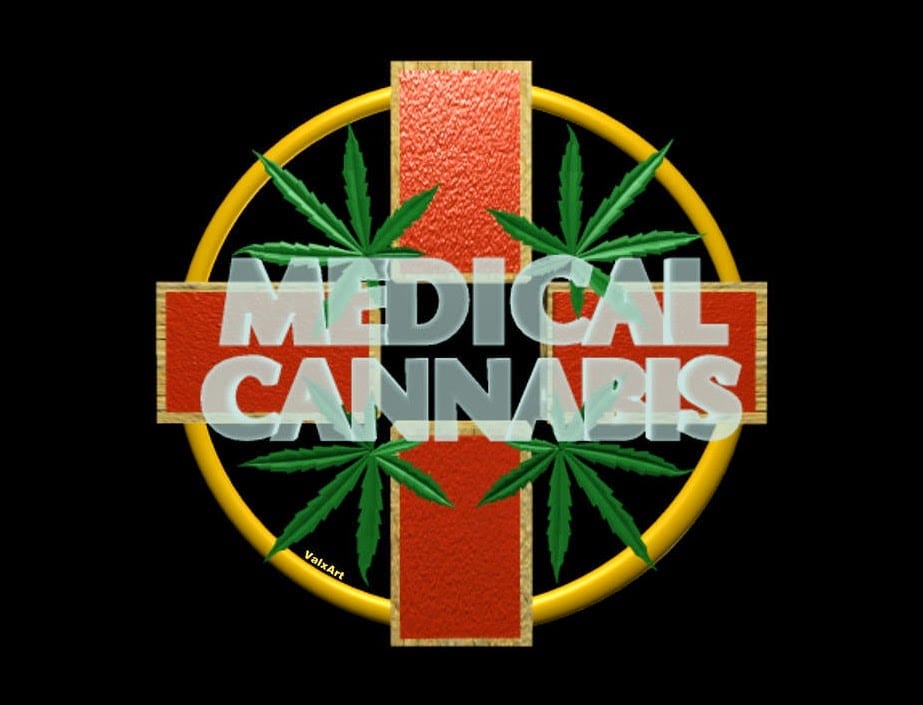 CBD Oil… you’ve probably heard of it by now. Thanks to CNN’s Dr. Sanjay Gupta, and his special report “Weed” (see below) millions are now aware of the cannabinoid rich oil being used to help children in colorado with epilepsy. Especially this one little girl Charlotte Figgy after whom the Charlotte’s Web strain of cannabis has been named.

I wanted to learn what CBD oil and the push behind it is all about so I traveled to Denver, Colorado, home to legalized marijuana – and the Stanley brothers, the family behind the charlottes web strain of cannabis oil.

The Stanley’s were the ones to prove in Charlotte Figgy’s case that CBD rich cannabis oil can prevent seizures in children.

“We have this strain that we were going to use for cancer patients because studies have shown that CBD helps stop the metastasizing of cancer. We went ahead and tried it and after she (Charlotte Figgy) had it a week she went a week seizure free” says Jesse Stanley.

In marijuana there are multiple cannabinoids including THC, CBD, CBN, CBA, THCA, THCB, and over 160 other compounds in the plant including terpenes – which create the most effective medicine.

To be clear, in order to get a high from cannabis you need a high level of one cannabinoid, THC. But again, it’s just one particular cannabinoid. In the Stanley’s case they began growing cannabis with lower THC and higher CBD.

“CBD is known to be a neuro-protectant, it is also one of the few things that causes neuro-genesis. So it’s not just seizures that this helps in epileptics, it is auto-immune disorders whether that’s cancer, crohn’s, lupus, there are so many different types of things” says Stanley.

Today, in the stunningly short time since Charlotte Figgy’s story became famous, the Stanley’s have put thousands of patients on a waiting list for their CBD oil.

In fact there are thousands of families who have already traveled to Colorado for this CBD oil and thousands more on the way. In Colorado, they are called ‘cannabis refugees’.

All of this has led to other states to want to legalize CBD oil. The governor of Utah signed a CBD bill into law legalizing possession of the oil.

A bill in Alabama has already passed the legislature and is awaiting the governors signature. And lawmakers in Kentucky, Florida, South Carolina, Wisconsin and other states have or will consider CBD bills this year.

“We’re at 20 states right now, so you already have twenty laws on the books that the people wanted or the people’s representatives wanted” says Mark Slaugh of iComply, a Denver based company which is fighting to keep small growers compliant with state regulation on marijuana cultivation.

There are eight strict guidelines that must be followed. Mark says states are jumping on board with CBD but not with marijuana.

“I think what most politicians don’t realize, when they start trying to play where the puck was and not where the puck is going to be, is that regulating just one compound greatly under-serves most of the patients who really need this medicine. So along the lines of medical efficacy, it isn’t reasonable” says Slaugh.

The reality that Mark addresses is that media and politicians are jumping on the CBD train because it doesn’t get you ‘high’, like THC, but they are ignoring some very important medical facts about cannabinoids. I talked with medical cannabis patient Shona Bonda about this very issue.

“I was diagnosed with crohn’s disease. In my first year I had my first bowl resection and I went downhill after that. My immune system recognized that there was something wrong and it essentially attacked itself…

“[As a sufferer of crohn’s disease] you’re in pain constantly and you can’t think straight. It’s hard to go through your day to day life when all you can do is think about pain. It is a terrible disease” says Bonda.

Shona’s condition was so bad that her teeth literally became soft and the roof of her mouth had turned black. She couldn’t stand and says she parented her children from the couch.

Described as like having a stomach flu every day for years, despite all the pharmaceutical medications and doctors, Shona was rotting from the inside out.

Her break came when she saw the YouTube documentary “Run From The Cure” by Rick Simpson which explained how to extract CBD and THC oil from marijuana.

Shona had started smoking marijuana just to be able to function but she wasn’t getting better. Shona’s husband at the time wanted to get her a vaporizer… but that vaporizer became the road to so much more.

“He went and got me a very old fashioned vaporizer from the 1970’s. I was reading a book and I pinched off the tube for way too long and oil started forming on the dome. So he went and got a rubber spatula and I started scraping off the oil three times a day and I started putting whatever I could get into a gel cap. Within three days I didn’t need my cane anymore to walk and I started healing quite rapidly. So rapidly that I started to write in a journal” says Bonda.

That journal would become the book “Live Free or Die”, Shona’s mantra for her own life and the lives of the people she continues to educate across the country on the benefits of cannabis oil.
Politicizing the Nation’s Health

But politicians and media are making CBD oil into the “good kind” of cannabis while arguing that THC is the “bad kind” of cannabis. While that is not how any of this works, scientifically speaking, that is the case that is subtly being made.

As it happens, two forces will likely come into play.

One: in order to push the market away from small sellers and harvesters of CBD oil, states and the feds will likely create a regulatory climate that is so difficult to manage, they will, through cronyism, force CBD oil into the hands of a few, which in turn limits supply and forces the price to rise considerably.

Two: big pharmaceutical companies will being putting out a “safe”, “legitimate” form of CBD oil. That is already starting to happen.

“GWB pharmaceuticals out of Great Britain has been producing Evaz which is a 50/50 blend of CBD and THC. They have no real research behind whether or not 50/50 is even the right ratio and they certainly don’t include the other terpenes and other chemical compounds from the cannabis plant.

“So we could see the bone tossed to the pharmaceutical dog? It’s certainly a possibility, but I think that if more people would take a stand for de-scheduling marijuana, regulating it in a manner similar to alcohol is really the best model to move forward with” says Mark Slaugh.

What you need to know, is where the U.S. government actually stands on this issue. Cannabis – marijuana – is today still a Schedule 1 Drug. That means, according to the United States government, it has no medicinal use and has a high potential for abuse.

Does our government really believe that? No.

In 1999, the U.S. Department of Health and Human Services filed for a patent for the use of cannabinoids for medicinal purposes. 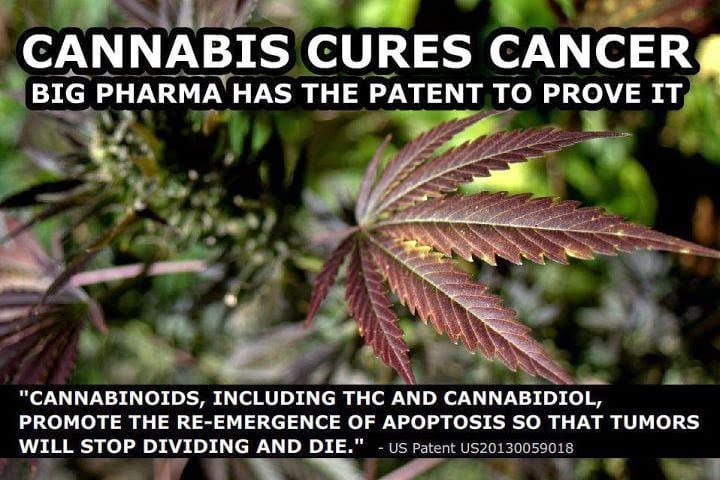 Also in 1999, HHS filed for a second patent, specifically for cannabis oil for the treatment of disease. That’s right, the United States government – through the taxpayer funded Department of Health and Human Services – holds two patents on cannabinoids and cannabis oil to treat certain diseases like alzheimer’s and auto-immune diseases like crohn’s.

US Patent 6630507 titled “Cannabinoids as antioxidants and neuroprotectants” claims that:

“Cannabinoids have been found to have antioxidant properties, unrelated to NMDA receptor antagonism. This new found property makes cannabinoids useful in the treatment and prophylaxis of wide variety of oxidation associated diseases, such as ischemic, age-related, inflammatory and autoimmunediseases.

“The cannabinoids are found to have particular application as neuroprotectants, for example in limiting neurological damage following ischemic insults, such as stroke and trauma, or in the treatment of neurodegenerative diseases, such as Alzheimer’s disease, Parkinson’s disease and HIV dementia.”

Meanwhile, our government – through taxpayer funded agencies like the Department of Justice – pursue, arrest and imprison Americans who would attempt to access or use cannabis oil to heal their own bodies.

In public they claim cannabis oil is not medicine and in private they seek to own the rights to patent, and profit from, that natural medicine. Truth means that humanity is greater than politics.


Truth In Media with Ben Swann: the Truth About Cannabis as Medicine
By Ben Swann, Wake Up World;

About author: Ben Swann spent 14 years working as a journalist in broadcast news, most recently as a news anchor in Cincinnati, USA. He has won two Emmy Awards and two Edward R. Murrow awards. Through experience, Ben has come to believe that the mainstream American media is not interested in telling the truth. Guided by the principle of truth in media, he has chosen to take a stand, and has gone independent and online. You can visit his website here.