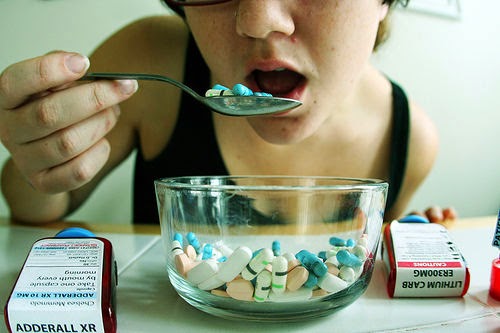 Have You Drugged Your Kid Today?

The pharmaceutical industry has completely taken over the treatment of medical and psychiatric treat,emt.

Everything, and I am mean everything is geared towards getting every American on medication and keeping them on medication for the rest of their lives. There is no more vulnerable population, to this medical tyranny, than our children.

There is no greater example of this medical tyranny than the latest craze in unscientific psychiatric diagnostics than the brand new condition now being referred to as “Sluggish Cognitive Tempo” (SLT).

As a former mental health therapist, I can barely hold back my laughter at this thinly veiled attempt to separate parents from their hard earned money by making them think that the their perfectly normal child is mentally ill. 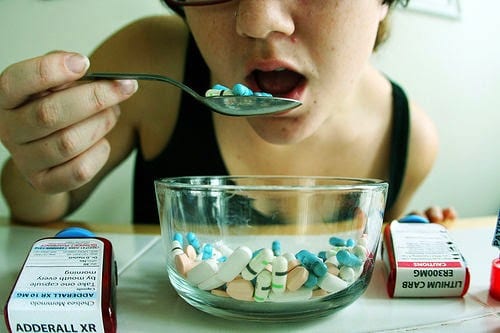 This is a remarkably ridiculous name for an even more ludicrous diagnosis. The main characteristics of SLT  are vaguely described but include some combination of daydreaming, lethargy and slow mental processing, you know, like we do when we watch television.

The advocates of this diagnosis contend that SCT afflicts about two million children.

And that great pharmaceutical whore, Eli Lilly, is waiting in the wings preparing to medicate the developing and highly vulnerable brains of these two million children with the latest in dangerous and mind-destroying psychotropic medications which will leave the user with a brain damaged future and a medical treatment history which will render many of these children with an uninsurable medical insurance future.

The Journal of Abnormal Child Psychology has sold its professional soul and its professional ethics to Big Pharma as it is seriously promoting this voodoo form of diagnostics. The latest issue of their publication donates a record 136 pages to the topic of SLT.

And where do we find children with SLT? Probably standing next to the adults who have Restless Leg Syndrome.

DSM is the Bible of mental illnesses. The book serves a training guide for graduate and the PhD students as well as serving as a professional guide for treatment intervention amongst mental health practitioners.

By the time a child is 21 years of age, under DSM -IV guidelines, 80% of all young adults  qualify to be diagnosed as mentally ill and, as such, are subject to being medicated.

The newest version of DSM has made this problem far worse. Normal temper tantrums have been turned into a diagnosable and pharmacologically treatable illness called ‘Disruptive Mood Dysregulation Disorder”. Normal adolescent rebellion is now being labeled as “Oppositional Defiant Disorder”.

Normal childhood restlessness is now diagnosed as “ADHD” in children as early as two years of age. Childhood Autism and childhood Bipolar Disorder are pharmaceutical goldmines and have increased forty fold in the last 20 years.

More than 10,000 American toddlers 2 or 3 years old are being medicated for attention deficit hyperactivity disorder outside established pediatric guidelines and professional medical practices, according to data recently presented by the Centers for Disease Control and Prevention.

According to the CDC, 11% of the country’s children are diagnosed with ADHD. This is ludicrous and is just not possible. These children have ADHD according to whom? 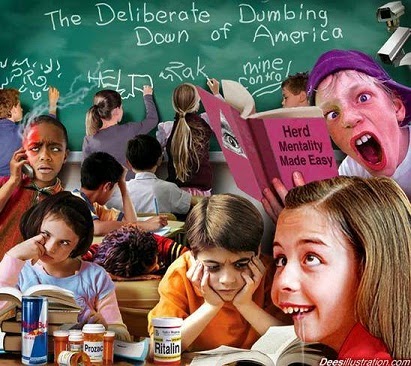 The answer to this question consists of two parts. First, Big Pharma is using its influence to “push” the diagnostic criteria in the direction of many more positive diagnoses. More diagnoses means more profit-making pill pushing. Second, there is no illness, with these kinds of unsustainable rates of diagnosis that could impact the population to this degree.

If there really were an 11% rate of autism in this country, we would be forced to change what is considered to be normal behavior since most mental illness models are loosely based upon a bell curve distribution. Therefore, just based on the surface evidence, these diagnostic rates cannot justified.

If these medications are dangerous for children, we would not know because very few scientific studies have examined the use of ADHD stimulant medications in young children.

A widely referenced 2006 study found that the ADHD medication, methylphenidate, could “somewhat” mitigate ADHD like symptoms in preschoolers. However, the study’s conclusions were based on researched derived from insufficiently sized researched groups.

Only about a dozen 3-year-olds were included in the study, and there were no 2-year-olds, yet we continue to medicate these young vulnerable minds. Most researchers on that study, sponsored by the National Institute of Mental Health, have significant financial ties to pharmaceutical companies that made ADHD medications.

A multitude of studies indicates that children who are prescribed psychotropic drugs are much more likely to become drug addicts as adults.

Parents Are the First Line of Defense

If you have ever sat in the waiting room of your child’s pediatrician’s office and you have seen well-dressed, attractive young adults enter the office armed with notebooks as they are ushered in to see the doctor ahead of the waiting patients, then there is a very good chance that your doctor is a Big Pharma whore.

The well-dressed pill pushers are there to your child’s doctor in order to “make deals” and promise bonuses for prescribing certain drugs. The odds are stacked against your child before they ever their doctor.

In combating this medical tyranny, parents are the only line of defense. However, parents must be very careful in how they express their refusal in not allowing their children to be diagnosed with bogus conditions and treated with dangerous drugs.

When your doctor offers to put your child on mind-numbing drugs, seek a second opinion. However, be very, very, careful how seek that second opinion as it could cost you custody of your child.
Beware of CPS

There is no system ever devised by mankind that is guaranteed to rip husband and wife or father, mother and child apart so bitterly than our present Family Court System.

Just ask  Jodi Ferris, Anna Nikolayev, or Justina Pelltier’s parents what happens when a parent dares to question the almighty doctor and seek a second opinion for their child. The doctor and his wounded ego will frequently call CPS and the parent’s problem goes from bad to worse.

My advice is simple if you desire to seek a second medical opinion for your child. Do not tell your child’s pediatrician that is your intention. Take the prescription that the doctor writes, just do not fill the prescription.

Then schedule a second opinion visit with another doctor. If you get a disconfirming diagnosis, then make immediate arrangements to change doctors. Once your child has a different doctor, the authorities are powerless in seizing your child for medical neglect when the complaining doctor is no longer the physician of record and the second doctor is not making a recommendation to medicate.