While most people in the Western world are aware of astrology, comparatively few know that other cultures have other systems of astrology.

There are Chinese and Tibetan horoscopes, with their cycles of twelve signs going through years rather than months, so that the key to your character is the year, not the month, you were born in: the Year of the Dog, Dragon, Tiger, and so on.

But the nation that probably has the oldest and richest astrological tradition is India. Indian astrology bears some strong resemblances to its Western counterpart: the signs of the zodiac are more or less the same, as is the significance of the planets.

(Indian astrology, however, uses only the planets Mercury, Venus, Mars, Jupiter, and Saturn, as well as the Sun and the Moon, in its analysis.)

In India, however, astrology is taken much more seriously than in the West.

Few Indian parents would seek marriage partners for their children without having an astrologer evaluate their horoscopes; a wedding in India may take place at a strange hour of the night because the astrologer has chosen it as the most auspicious time; and some affluent Indian women are choosing to have childbirth by cesarean section so that they can time the births and their children can be born under auspicious stars.

Indian astrology is often called Vedic astrology because it is rooted in the ancient sacred texts called the Vedas, the oldest of which are dated to c.1500 BCE by conventional academics and to 2000 or 3000 BCE by alternative scholars. A Sanskrit name for Vedic astrology is Jyotish or Jyotisha, meaning “science of light.”

One of the most striking ways in which Vedic astrology differs from its Western counterpart is that it is sidereal rather than tropical. The tropical signs remain fixed throughout the centuries, whereas the constellations revolve in a long cycle sometimes called a Platonic year, lasting nearly 26,000 ordinary years.

In c.2000 BCE, when the current Western astrological system was first devised by the Babylonians, the constellation of Aries was in the tropical sign of Aries, and, moreover, the spring equinox took place when the Sun was at 0 degrees of Aries (March 21 in our calendar).

But because the cycle of the Platonic year produces a phenomenon called the precession of the equinoxes, the spring equinox took place in the sign of Pisces for approximately the last 2,000 years and is now beginning to move into the sign of Aquarius – hence the coming of the Age of Aquarius.

Vedic astrologers do not use this tropical system; their horoscopes are based on the actual current positions of the zodiac constellations in the sky. Hence there is a discrepancy between the Vedic and Western systems, amounting to approximately 23 degrees.

Say you have your Sun at 13 degrees of Virgo, Western style; in that case it will be at (approximately) 20 degrees of Leo in the Vedic system.

While this may sound complex, with a computer a Vedic chart is no more difficult to compute than a Western one. Interpretation is another story. Vedic astrology is not necessarily more complex than Western astrology, but it is probably fair to say that the typical Vedic astrologer feels the need to look at the extended implications of the chart than the typical Western practitioner, who usually focuses on the birth chart and the current position of the planets in regard to it.

Vedic astrology, by contrast, has over twenty subcharts called amshas or vargas, which provide insights into the subject’s chances of marriage, likely career, and degree of success in life.

One amsha indicates the subject’s spiritual inclination and capacity, while another, particularly important one called the navamsha addresses marriage, general life themes, and the second half of life. Yet another amsha is said to cast light on past lives and incarnations.

While the intricacies of Vedic astrology would be difficult to fit even into a substantial book, much less a short article, some key things about it are worth noting. One important feature of Jyotish is the system of nakshatras. This is a series of 27 lunar houses that, much like the Sun sign in Western astrology, gives crucial indications about character and fate.

If your nakshatra is Rohini, for example, it is said that you will have an affectionate and truthful disposition as well as an affinity for the arts, beauty, and culture. Bharani, by contrast, is favourable for competition and for activities regarding bold or aggressive action. Each day is also governed by a nakshatra, making it favourable for certain types of activity (or inactivity).

Birth nakshatras are also important because they form the basis for computing dashas, planetary cycles in life. The complete cycle of the dashas is 120 years; within this, there are individual dashas of varying length. Each of these is ruled by a planet or luminary: Venus, the Sun, the Moon, Mars, Jupiter, Saturn, and Mercury, as well as Rahu, the north node of the Moon, and Ketu, the south node of the Moon. 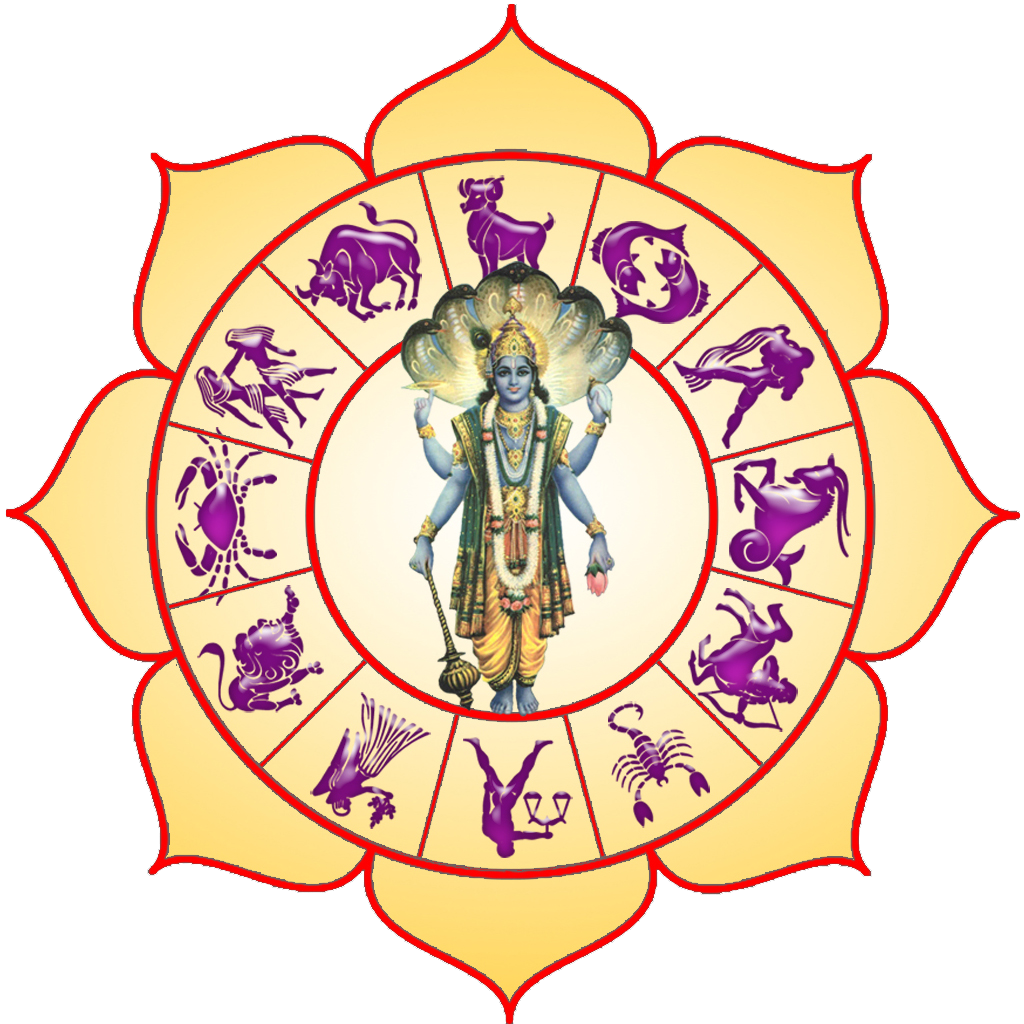 (These last two are not planets, but have many of the same functions as planets in the Vedic system.)

The particular dasha that you are running at a given period in your life is likely to give a strong clue of your key concerns at that time. If you are in a Venus dasha, you may be occupied with relationships and marriage; a Saturn dasha may indicate a time of sober responsibility.

Whether these are fortunate or unfortunate will depend on the place of the planets in your chart; for most people most of the time, the influence of a dasha is likely to be mixed.

These emphases mark another difference between Vedic and Western astrology. Particularly since the twentieth century, Western astrology has become reluctant to speak in terms of fate or destiny, preferring to describe a chart in terms of character tendencies and hesitating to make firm predictions about what will or will not happen to the subject.

Vedic astrology has no such inhibitions. It is focused on what will happen to you in your life in very specific terms, and it purports to tell you when these things will come about. As such it can sound extremely fatalistic to the typical Westerner, and in truth Jyotish probably is more deterministic than the types of astrology that are most in vogue in the English-speaking world.

But Vedic astrology is not fatalistic in the most negative sense. It does not encourage people to sit back in quietude and allow events to happen to them. Because it is rooted in the Vedic tradition, which is a whole system of knowledge that encompasses all fields, it also points toward remedies.

Someone in a highly unfavourable dasha may, for example, be told to chant certain mantras as a way of counteracting its influence. Other remedies include ayurvedic medicine as well as certain religious rituals. Subjects have reported uncanny reversals in fortune (including cures of life-threatening diseases) as a result of carrying out these instructions.

Gemstones are another popular way of countering unfavourable planetary influences. David Frawley, an American practitioner of Jyotish, advises strengthening a weak Sun in your chart by wearing a ruby. The remedy won’t be cheap, though:

the ruby “should be a minimum of two carats in size, set in gold of fourteen carats or more…. As a substitute, a good-quality garnet can be used, but it should be of at least three carats in size, preferably five.”

Gemstones for other planets include pearls for the Moon, red coral for Mars, emeralds for Mercury, and diamonds for Venus.

As with most forms of divination, there are dangers associated with Jyotish, especially if it is practiced with impure motivation. Ammachi (pictured top left), one of contemporary India’s most beloved gurus, has said that the coming of Jyotish to the West, while generally a positive development, has a dark side.

“When a powerful predictive system falls into the hand of a materialistic culture, the potential for abuse is enormous…. Astrologers concerned only with making money or gaining fame will not succeed. This is because it is not possible to do Vedic astrology properly without tapas (spiritual self-discipline). Real astrology lies beyond the calculations.”

About author: Richard Smoley has over thirty years of experience studying and practicing esoteric spirituality. His books include:

He is editor of Quest Books and Quest magazine, both published by the Theosophical Society in America. His website is www.innerchristianity.com. Portions of this article have been adapted from his books The Dice Game of Shiva: How Consciousness Creates the Universe and Inner Christianity: A Guide to the Esoteric Tradition.

He Turned Down Chemotherapy and Outlived His Doctors Previous post
The 300,000-Year-Old Nanotechnology Artifacts of Russia Next post