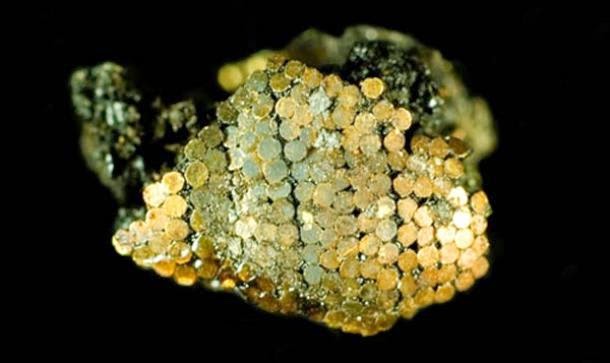 Archaeologists have revealed the process utilized by highly-skilled craftsmen to create the magnificent gold artifacts that were found around Stonehenge.

According to Discovery News, the gold work involved such tiny components that optical experts believe they could only have been made by children or adults with extreme short-sightedness, and would have caused lasting damage to their eyesight.

In 1808, William Cunnington, one of Britain’s earliest professional archaeologists, discovered what has become known as the crown jewels of the ‘King of Stonehenge’. 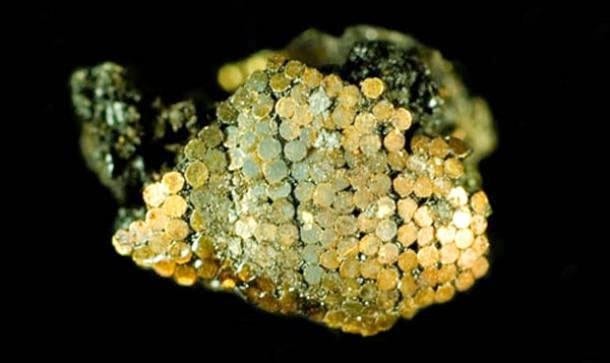 They were found within a large Bronze Age burial mound just ½ mile from Stonehenge, known today as Bush Barrow. Within the 4,000-year-old barrow, Cunnington found ornate jewellery, a gold lozenge that fastened his cloak, and an intricately decorated dagger. 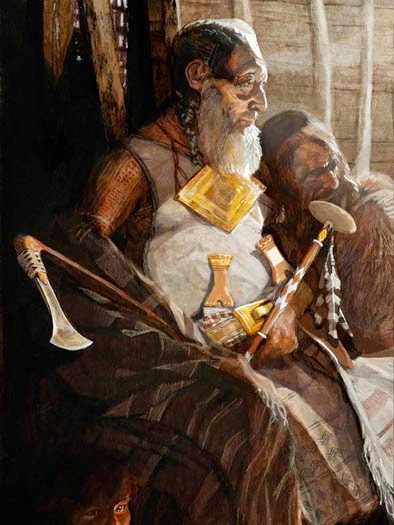 “The very finest gold work involved the making and positioning of literally tens of thousands of tiny individually-made components, each around a millimetre long and around a fifth of a millimetre wide,” said David Dawson, Director of the Wiltshire Museum in Devizes where the micro-gold working achievements are on permanent display.

A report in The Independent explained the amazing process involved in creating the handle of just one dagger, adorned with up to 140,000 tiny gold studs just a third of a millimetre wide.

The first stage involved manufacturing extremely fine gold wire, just a little thicker than a human hair. The end of the wire was then flattened to create a stud-head, and was then cut with a very sharp flint or obsidian razor, just a millimetre below the head. This delicate procedure was then repeated literarily tens of thousands of times.

“Next, a tiny bronze awl with an extremely fine point was used to create minute holes in the dagger handle in which to position the studs,” wrote The Independent.

“Then a thin layer of tree resin was rubbed over the surface as an adhesive to keep the studs in place. Each  stud was then carefully placed into its miniscule hole – probably with the help of a very fine pair of bone or wooden tweezers,  because the studs are too small to have been placed in position directly by the artisan’s fingers.” 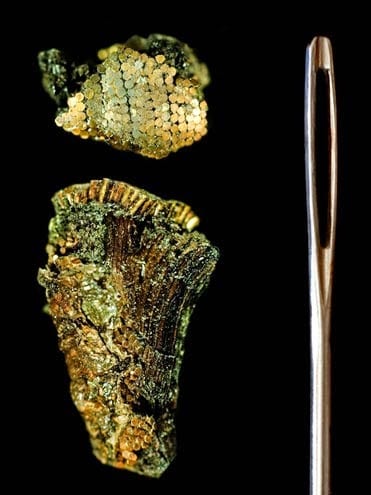 Detail of the decoration of the dagger handle, shown next to a sewing needle for scale.
The studs were placed in straight lines and the heads overlapped each other like fish scales.
Credit: University of Birmingham and David Bukach. 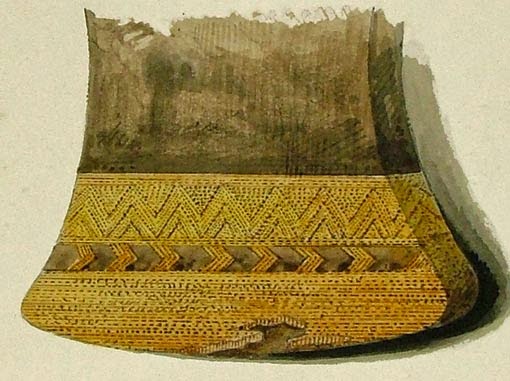 Watercolour showing the dagger handle,
made up of thousands of miniscule gold studs,
as excavated by William Cunnington in 1808.
Credit: Wiltshire Museum, Devizes

“We estimate that the entire operation – wire manufacture, stud-making, hole-making, resin pasting and stud positioning – would have taken at least 2500 hours to complete,” said David Dawson.

Ronald Rabbetts, an expert on the optics of the human eye, examined the intricate gold work on the dagger handle and explained that only children, young teenagers, or naturally short-sighted adults would have had sharp enough eyesight for such detailed work, and the long hours of close-up focusing would have quickly damaged their vision.

“Only children and teenagers, and those adults who had become myopic naturally or due to the nature of their work as children, would have been able to create and manufacture such tiny objects,” he said.

“There would almost certainly have been a section of the bronze age artisan class who, often as a result of their childhood work, were myopic for their adult life. They would therefore have been unable to do any other work apart from the making of tiny artefacts and would have had to be supported by the community at large.”

The Independent says the research into the human eyesight optics of micro-gold-working in the Bronze Age  has considerable implications for more fully understanding the nature of society  in Western Europe some 4000 years ago.

Featured image: Detail of the decoration of the dagger handle showing the zig-zag pattern made by the tiny studs. University of Birmingham and David Bukach.