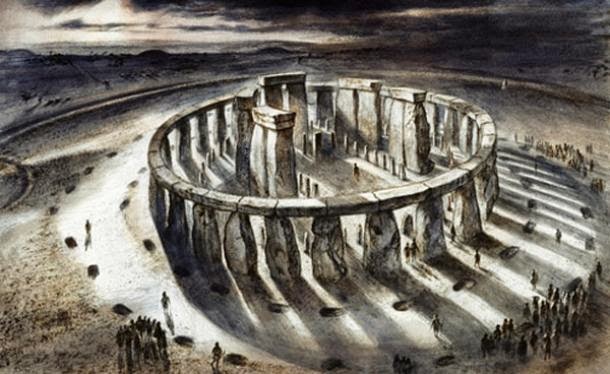 Parch marks in the grass at Stonehenge following a dry summer have helped solve a centuries-long puzzle about whether Stonehenge was ever a complete circle, according to a news report in The Telegraph.

The parch marks – areas where the grass does not grow as strongly as in other areas during hot weather – reveal places where the missing sarsen stones may have once stood.

Although a large number of stones survive at Stonehenge, the monument is nowhere near complete. This has led many authors over the last few centuries, such as John Wood (1747), William Hinders Petrie (1880), and Christopher Tilley and colleagues (2007) to question whether the monument was ever finished. 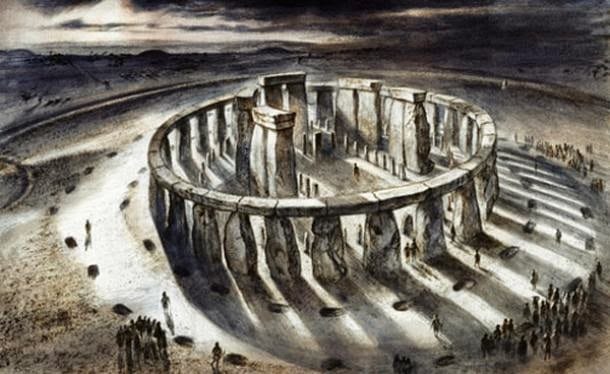 This non-completion theory is based on the presence and use of what they call ‘inadequate’ stones, the absence of approximately one third of the Sarsen Circle and the majority of the lintels, and the absence of evidence for the removal of stones.

Other scholars have suggested that Stonehenge was completed but it was never a fully closed circle. 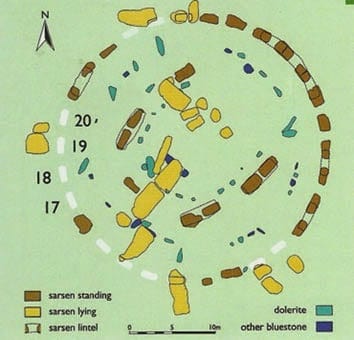 Diagram of Stonehenge showing where stones should be, if it was ever a fully complete circle. Parch marks were found between stone 16 and 21. Credit: British Archaeology

A high resolution geophysical survey conducted a few years ago failed to pick up evidence of the holes. But English Heritage has now announced that dry summers have revealed the faint outline of the missing megaliths.

Such parch marks have previously helped to  identify Roman forts and Iron age earthworks, and now it appears they have helped solved one of the biggest questions about the ancient stone circle of Stonehenge. 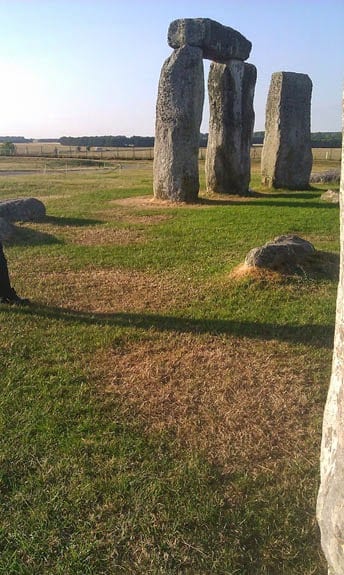 Four distinct parch marks can be seen between stones 16 and 21, possibly showing where large megalithic stones once stood. Image ref.

The parch marks were first noticed in July last year by an English Heritage steward who alerted archaeologists to their existence.

“If these stone holes actually held upright stones then we’ve got a complete circle,” said Susan Greaney from English Heritage.

“A lot of people assume we’ve excavated the entire site and everything we’re ever going to know about the monument is known. But actually there’s quite a lot we still don’t know and there’s quite a lot that can be discovered just through non-excavation methods.” 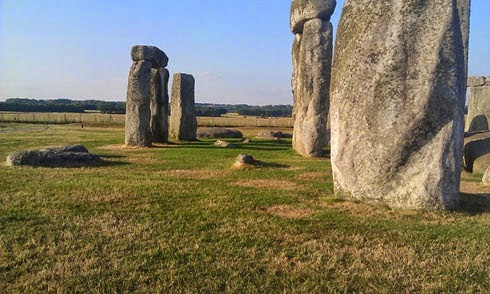 A scientific paper which explains how the parch marks provide evidence for the ‘complete’ theory of Stonehenge, has been published in the latest issue of the journal Antiquity.

By April Holloway, Ancient Origins; | Featured image: Reconstruction drawing of Stonehenge as it might have appeared in 1,000 BC by Alan Sorrell;