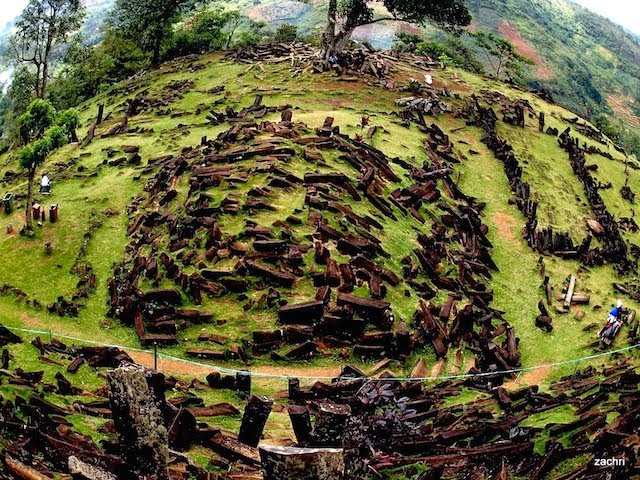 What if everything you’ve been taught about the origins of civilization is wrong?

Be it that certain pieces of our history have been intentionally hidden, or that we have yet to discover and realize the true story of our past, new archaeological and geological discoveries are revealing that sophisticated civilizations have likely existed in prehistoric times.

Until recently, the archaeological community has spread the view that the beginnings of human civilization started after the last Ice Age, which ended around 9,600 BC.

All human ancestors prior to this time were recognized as primitive, uncivilized hunter-gatherers who were incapable of communal organization and architectural design. 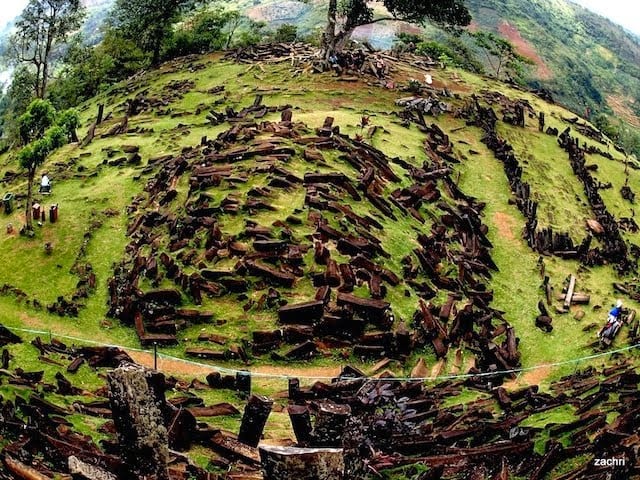 It was only after the Ice Age, when huge 2-mile deep ice caps that covered much of Europe and North America melted, that our human ancestors started to develop and perfect agriculture, forming more-complex economic and social structures around 4000 BC.

Archaeologists believed that first cities started around 3500 BC in Mesopotamia and, shortly after, in Egypt. On the European continent, the oldest megalithic sites are dated around 3,000 BC, and the popular Stonehenge is dated between 2,400 BC and 1,800 BC.

This is the established chronology being taught in schools and believed by modern society. Prehistoric societies such as Atlantis have been declared myth.

Until now. New research now reveals that civilized humans were settled on Earth during the prehistoric era.

“Everything we’ve been taught about the origins of civilization may be wrong. Old stories about Atlantis and other great lost civilizations of prehistory, long dismissed as myths by archaeologists, look set to be proved true.” ~ Danny Natawidjaja, PhD, senior geologist with the Research Centre for Geotechnology at the Indonesian Institute of Sciences (Ref.)

Since 2011, Dr. Natawidjaja and his team have worked on a geological survey site in Indonesia about 100 miles from the city of Bandung. The significance of the site was first recognized in 1914 when megalithic structures made from blocks of columnar basalt were found around a summit of a large hill.

When the hill’s summit was cleared of trees, it was realized that the blocks formed five terraces. These were believed to be used for meditation and retreat.

The site was deemed sacred by locals and dubbed Gunung Padang, meaning “Mountain of Light” or “Mountain of Enlightenment”. The age of the terrace structures was estimated around 1,500 BC to 2,500 BC.

What Natawidjaja discovered at Gunung Padang was astounding. The hill was actually not a natural hill but a 300-ft high step-pyramid. And what’s even more controversial is that the structure was much older than anyone imagined.

Natawidjaja radiocarbon dated the terrace structures at around 500 to 1,500 BC, similar to previous estimates. He also used tubular drills to bring up cores of earth and stone from various depths underneath the surface megaliths.

As the drills dug deeper, Natawidjaja continued to discover that the columnar basalt structures extended far beneath the surface and yielded much older dates.

At depths of 90 feet and more, the material was found to be 20,000 BC to 22,000 BC years old. Using radiocarbon dating, Natawidjaja and his team proved that man-made megalithic structures and hence a prehistoric human civilization existed well into the Ice Age.

“At 7,000 or more years older than Stonehenge the megaliths of Gobekli Tepe, like the deeply buried megaliths of Gunung Padang mean that the timeline of history taught in our schools and universities for the best part of the last hundred years can no longer stand.

“It is beginning to look as though civilization, as I argued in my controversial 1995 bestseller Fingerprints of the Gods, is indeed much older and much more mysterious than we thought.” ~ Graham Hancock (Ref.)

“Gunung Padang is not a natural hill but a man-made pyramid and the origins of construction here go back long before the end of the last Ice Age. Since the work is massive even at the deepest levels, and bears witness to the kinds of sophisticated construction skills that were deployed to build the pyramids of Egypt or the largest megalithic sites of Europe, I can only conclude that we’re looking at the work of a lost civilization and a fairly advanced one. ” ~ Dr. Danny Natawidjaja (Ref.)

The Greek philosopher Plato was also a believer that high civilization existed well into the last Ice Age.

His recorded dialogs with other scholars of his time date Atlantis and its submergence by floods and earthquakes at around 9,000 BC, which is, coincidentally, in agreement with modern scientific knowledge about the rapidly rising sea levels towards the end of the Ice Age at 9,600 BC.

The question now arises: What happened to prehistoric civilizations? Why did they not survive the “Younger Dryas” period, which dates from 10,900 BC to 9,600BC?

It is known that the Younger Dryas was a truly cataclysmic period on Earth, with immense climate instability and terrifying global conditions.

Scientists have long debated the mystery behind this and the reasons for the massive extinction of North American megafauna such as short-faced bears and saber-toothed cats dated around 11,000 BC.

Was the same mystery responsible for a massive human population decline and disappearance of advanced prehistoric societies?

New research conducted by geologists around the world, including James Kennett, professor emeritus in the Department of Earth Science at the University of California Santa Barbara, has linked the Younger Dryas period to a cosmic-impact event, possibly a comet collision with Earth.

The international research team from 21 universities and 6 countries has identified a distribution of nanodiamonds of extraterrestrial nature at 32 sites in 11 countries, spanning an area of 50 million square kilometers across the Northern Hemisphere.

“We conclusively have identified a thin layer over three continents, particularly in North America and Western Europe, that contain a rich assemblage of nanodiamonds, the production of which can be explained only by cosmic impact.

“We have also found YDB glassy and metallic materials formed at temperatures in excess of 2200 degrees Celsius, which could not have resulted from wildfires, volcanism or meteoritic flux, but only from cosmic impact.” (Ref.)

It’s known that during the Younger Dryas, the Earth experienced great global instability, with a sharp decline in temperatures even colder than during the peak of the Ice Age. A return to a warmer climate around 9,600 BC caused a sudden melting of the remaining ice caps, resulting in a quick rising of the ocean levels.

Kennett and his colleagues believe that the beginning of the Younger Dryas and the sharp temperature decline were caused by a cosmic event, similar to the event responsible for the mass extinction of the dinosaurs 65 million years ago.

The scientists have called the moment in time illustrated by the nanodiamond datum as an isochron. Was this isochron responsible for creating the mystery of lost civilizations?

“It’s not surprising that many large animal species, such as the mammoths, went extinct during this precise time and of course it had huge effects on our ancestors, not just those ‘primitive’ hunter gatherers the archaeologists speak of but also, I believe, a high civilization that was wiped from the historical record by the upheavals of the Younger Dryas.” (Ref.)

About the author: Terence Newton is a staff writer for WakingTimes.com, interested primarily with issues related to science, the human mind, and human consciousne