The Forbidden History of Ancient China: Aryan Mummies and Hundreds of Pyramids

[Hitler regarded individuals who were 6ft. 6in. and taller as being closest genetic relatives of the original proto-Aryan tribes from central Asia from which the Caucasian people and civilizations are said to have descended.

Recent discoveries of hundreds of ancient mummies in Asia are forcing a re-examination of old Chinese books that describe as being of great height, with deep-set blue eyes, long noses, full beards, and red or blonde hair.

The discoveries of the giant 4,000-year-old “Beauty of Loulan” and (six-foot, six-inch) “Charchan Man” support the legends about these mythical ancient Aryans.]

The research, which the Chinese government has appeared to have delayed making public out of concerns of fueling Uighur Muslim separatism in its western-most Xinjiang region, is based on a cache of ancient dried-out corpses that have been found around the Tarim Basin in recent decades.

“It is unfortunate that the issue has been so politicized because it has created a lot of difficulties,” Victor Mair, a specialist in the ancient corpses and co-author of “Mummies of the Tarim Basin”, told AFP. “It would be better for everyone to approach this from a purely scientific and historical perspective.”

The discoveries in the 1980s of the undisturbed 4,000-year-old “Beauty of Loulan” and the younger 3,000-year-old body of the “Charchan Man” are legendary in world archaeological circles for the fine state of their preservation and for the wealth of knowledge they bring to modern research.

In historic and scientific circles the discoveries along the ancient Silk Road were on a par with finding the Egyptian mummies. But China’s concern over its rule in restive Xinjiang has widely been perceived as impeding faster research into them and greater publicity of the findings. 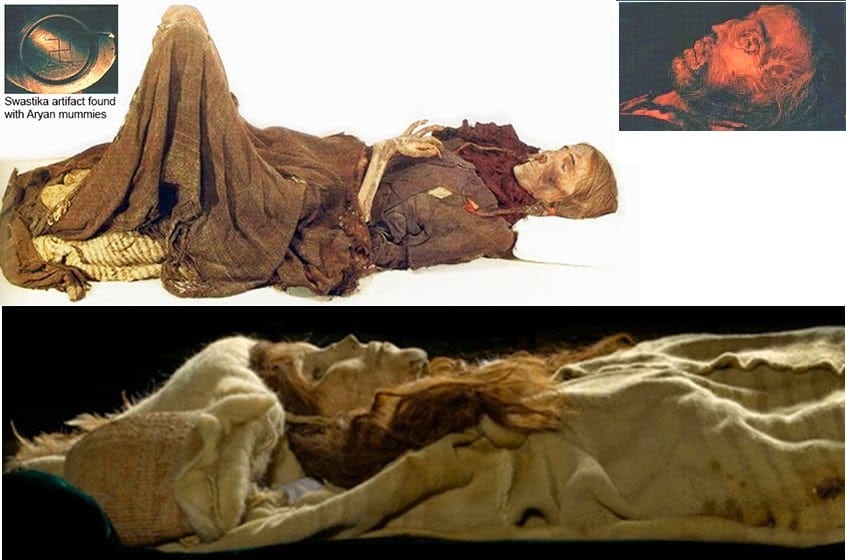 The ancient corpses, which avoided natural decomposition due to the dry atmosphere and alkaline soils in the Tarim Basin, have not only given scientists a look into their physical biologies, but their clothes, tools and burial rituals have given historians a glimpse into life in the Bronze Age.

Researchers who have played a pivotal role in bringing the discoveries to Western scholars in the 1990s have worked tirelessly to get Chinese approval to take samples out of China for definitive genetic testing.

One expedition in recent years succeeded in collecting 52 samples with the aide of Chinese researchers, but later Mair’s hosts had a change of heart and only let five of them out of the country.

“I spent six months in Sweden last year doing nothing but genetic research,” Mair said from his home in the US where he teaches at the University of Pennsylvania. 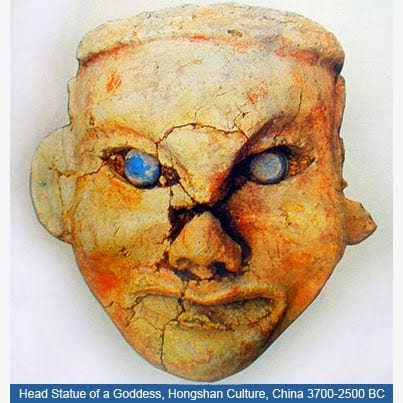 East Asian peoples only began showing up in the eastern portions of the Tarim Basin about 3,000 years ago, Mair said, while the Uighur peoples arrived after the collapse of the Orkon Uighur Kingdom, largely based in modern day Mongolia, around the year 842.

“Modern DNA and ancient DNA show that Uighurs, Kazaks, Krygyzs, the peoples of Central Asia are all mixed Caucasian and East Asian. The modern and ancient DNA tell the same story,” he said. 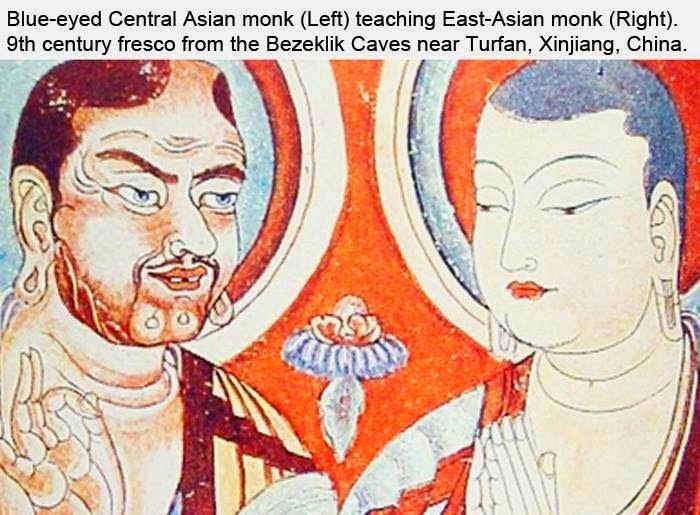 Mair hopes to publish his new findings in the coming months.

China has only allowed the genetic studies in the last few years, with a 2004 study carried out by Jilin University also finding that the mummies’ DNA had Europoid genes, further proving that the earliest settlers of Western China were not East Asians.