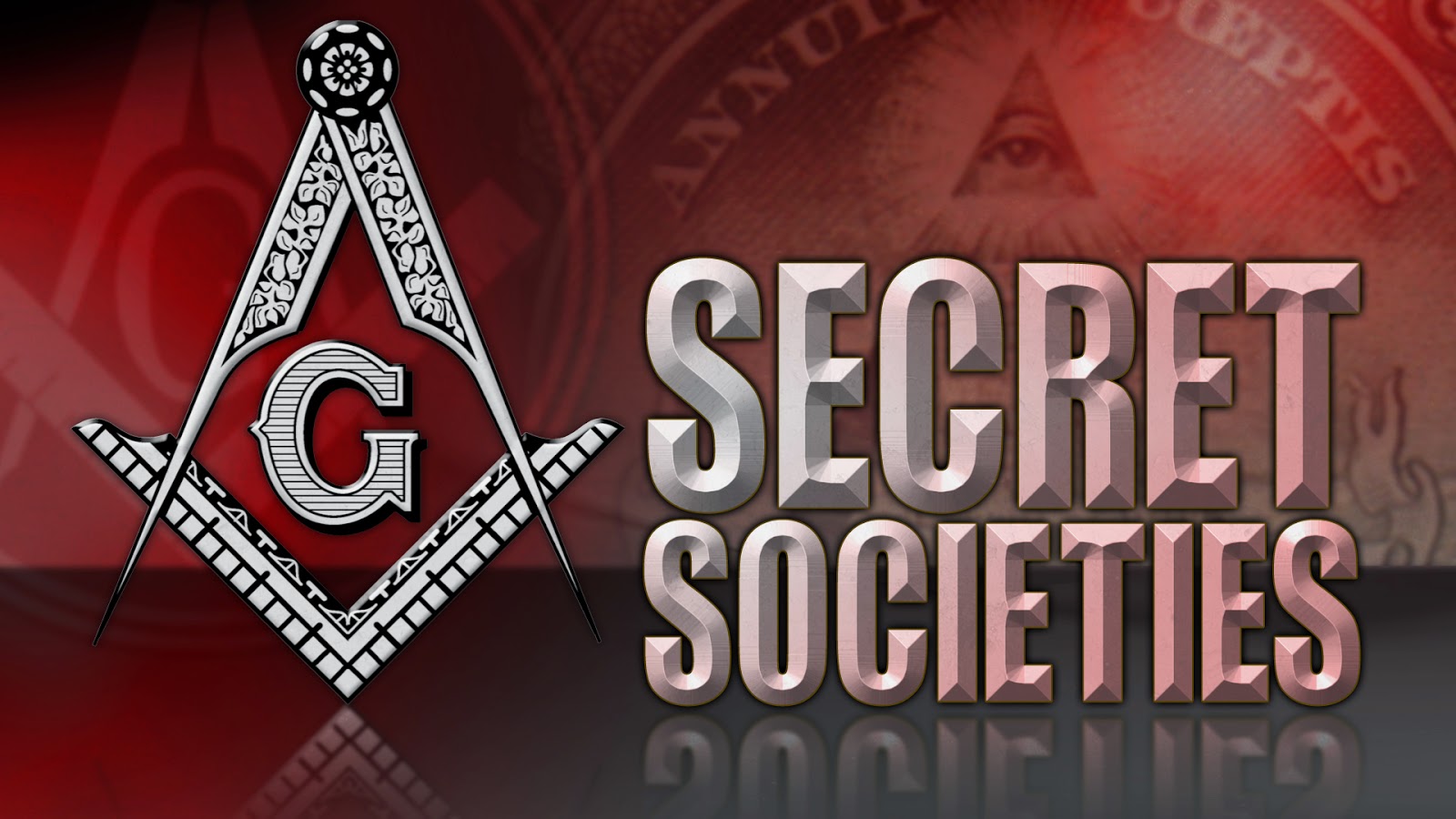 The Network of Global Secret Societies

The largest mechanism used by the bloodlines to implement the New World agenda is the global secret society network. Politicians, bankers, businessmen, and media personalities – the biggest names in history and world affairs form a huge secret society matrix.

This hierarchical pyramid-structured network is constantly recruiting and placing members in key influential positions. In order to orchestrate global events and policy decisions from behind the scenes, many niche secret societies groom and position politicians, media personalities, and other “yes-men” so they may best aid the Great Work.

“Beneath the broad tide of human history there flow the stealthy undercurrents of the secret societies, which frequently determine in the depths the changes that take place upon the surface” -A. E. Waite (Hermetic Order of the Golden Dawn) 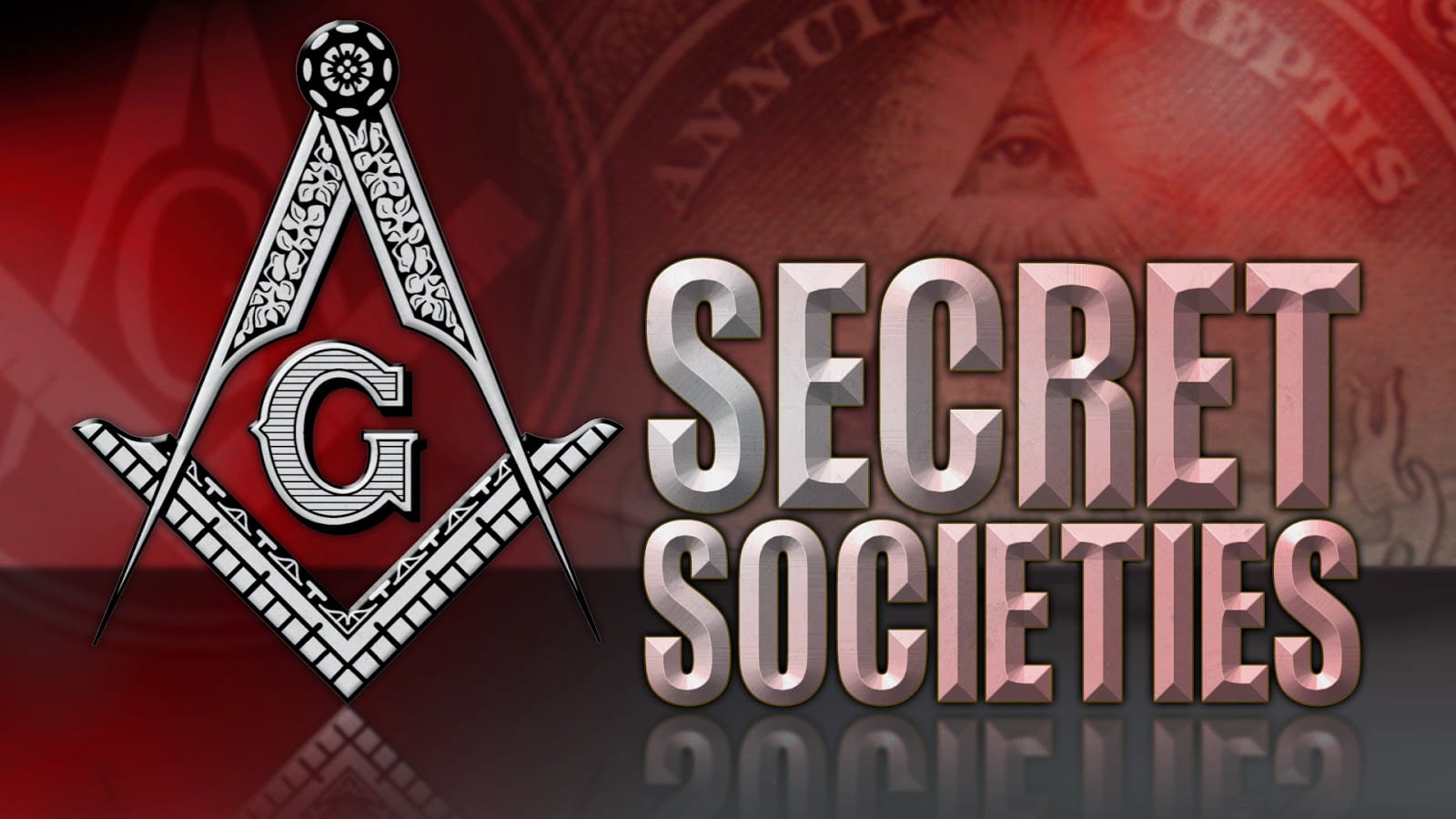 “You see, if you amount to anything in Washington these days, it is because you have been plucked or handpicked from an Ivy League school – Harvard, Yale, Kennedy School of Government – you’ve shown an aptitude to be a good Ivy League type, and so you’re plucked so-to-speak, and you are assigned success.

You are assigned a certain role in government somewhere, and then your success is monitored and tracked, and you go where the pluckers and the hand pickers can put you.” -Radio Talk show Host Rush Limbaugh, Feb. 7th, 1995

World leaders are made offers they cannot refuse, bribed, even blackmailed, or otherwise recruited and sworn into these secret societies. Then, often under blood-oaths to which they remain loyal, these Brotherhood initiates follow orders throughout their terms in office.

In this way, the electorate constantly changes giving the illusion of discontinuity of leadership when in fact each successive leader “coincidentally” belongs to the same secret societies.

A few of the more influential ones include the Freemasons, the Illuminati, Bohemian Grove, Skull and Bones, CFR, RIIA, Bilderberg Group and the Trilateral Commission.

“A disturbing majority of the House and Senate representatives hold membership to elite organizations publicly sworn to destroying America in favor of a Globalist one world order system.

“This trend ranges from the now public U.S. centered Council on Foreign Relations through the Trilateral Commission to the quasi-secret internationalist Bilderberg Group. At the end of the spectrum we even see occult influences like Skull and Bones along with the Freemasons.

“The justification for a zealously ordered One World Government is chaos. Terrorism is the premier method for fomenting this chaos.” – Paul Joseph Watson, Order Out of Chaos (125)

“The conspiracy to create a centralized global fascist state is orchestrated in the five-sense ‘world’ by a secret network known collectively as the Illuminati or ‘Illuminated ones’.

“They manipulate through secret societies and groupings like the Freemasons, Knights of Malta, Knights Templar and the Jesuits. These and others feed carefully chosen recruits into the Illuminati and they are installed in positions of power throughout the world, infesting all colors, races, creeds and countries.

“It is not that everyone in the secret societies is aware of the plot; the overwhelming majority are not. The Illuminati operate like a cancer to infiltrate and covertly control other organizations. Most Freemasons never progress higher than the bottom three levels of degree, the so-called Blue Degrees and they don’t realize what their organization is being used for.” -David Icke, “Tales from the Time Loop” 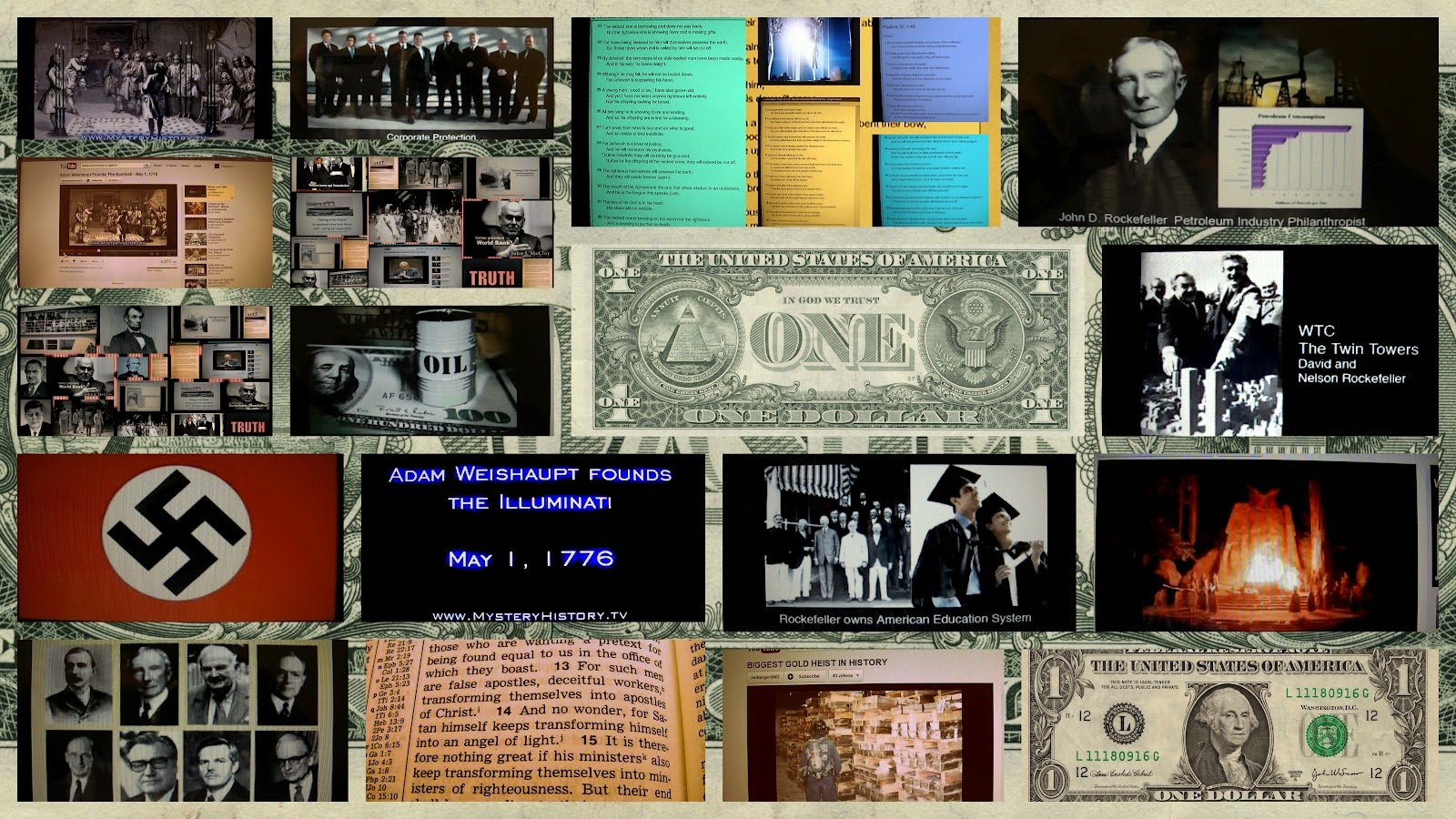 Almost all America’s founding fathers were Freemasons, the senate has maintained a Masonic majority since its inception, and its influence has only become more pervasive since.

To deny the influence secret societies have in world affairs is naïve, but the mainstream media seem complicit in their exclusion of any coverage involving them. As shown in the article “Secret Society Media Manipulation,” this mainstream media black-out is also maintained through secret society membership.

The 5 largest multi-media providers controlling 90% of America’s media are bloodline/secret society controlled. For example, the following are just a few of the hundreds of CFR, Trilateral, or Bilderberg owned/managed companies:

Not only are the media CEOs and boards of directors usually secret society members, so are the show hosts and news anchors! Here’s a sampling of some mainstream anchors and media personalities found on secret society rosters:

“There can be no argument regarding the reality of secret societies today. The existence of groups like the Trilateral Commission, Council on Foreign Relations, and the Bilderbergers is well documented. The only question is the extent of their control and manipulation of major world events.

“Likewise, there is no question that members of these societies exert inordinate control over many of the largest corporations and banks in the world. These corporations, in turn, control essential minerals, energy, transportation, pharmaceuticals, agriculture, telecommunications, and entertainment—in other words, the basics of modern life.

“They also provide an inner core of ranking government officials on a revolving door basis. These officials often implement the very policies conceived and desired by the societies.

“These societies hold considerable sway over national elections and policy, yet seem strangely immune to any investigation, whether by government or the mass media. Since its inception in 1913, there has never been an outside, objective audit of the Federal Reserve System despite periodic calls for such.” -Jim Marrs, Rule by Secrecy (109-10)

After Bush was elected he immediately placed 5 Skull and Bones brothers in his administration. Clinton and Nixon had over 100 CFR members in their administrations. Ronald Regan’s 59 man transition team alone had 28 CFR members, 10 Bilderbergers, and 10 Trilaterals.

Secret society members are prevalent at all levels of government, and not just in America, but world-wide. For instance, Saddam Hussein, Yasser Arafat, Mikhail Gorbachov, George Bush and Tony Blair are all 33rd degree Freemasons. Marx, Engel, Lenin, Stalin, Trotsky, and Mao-Tse Tung were all high-level Grand Orient Lodge Freemasons. 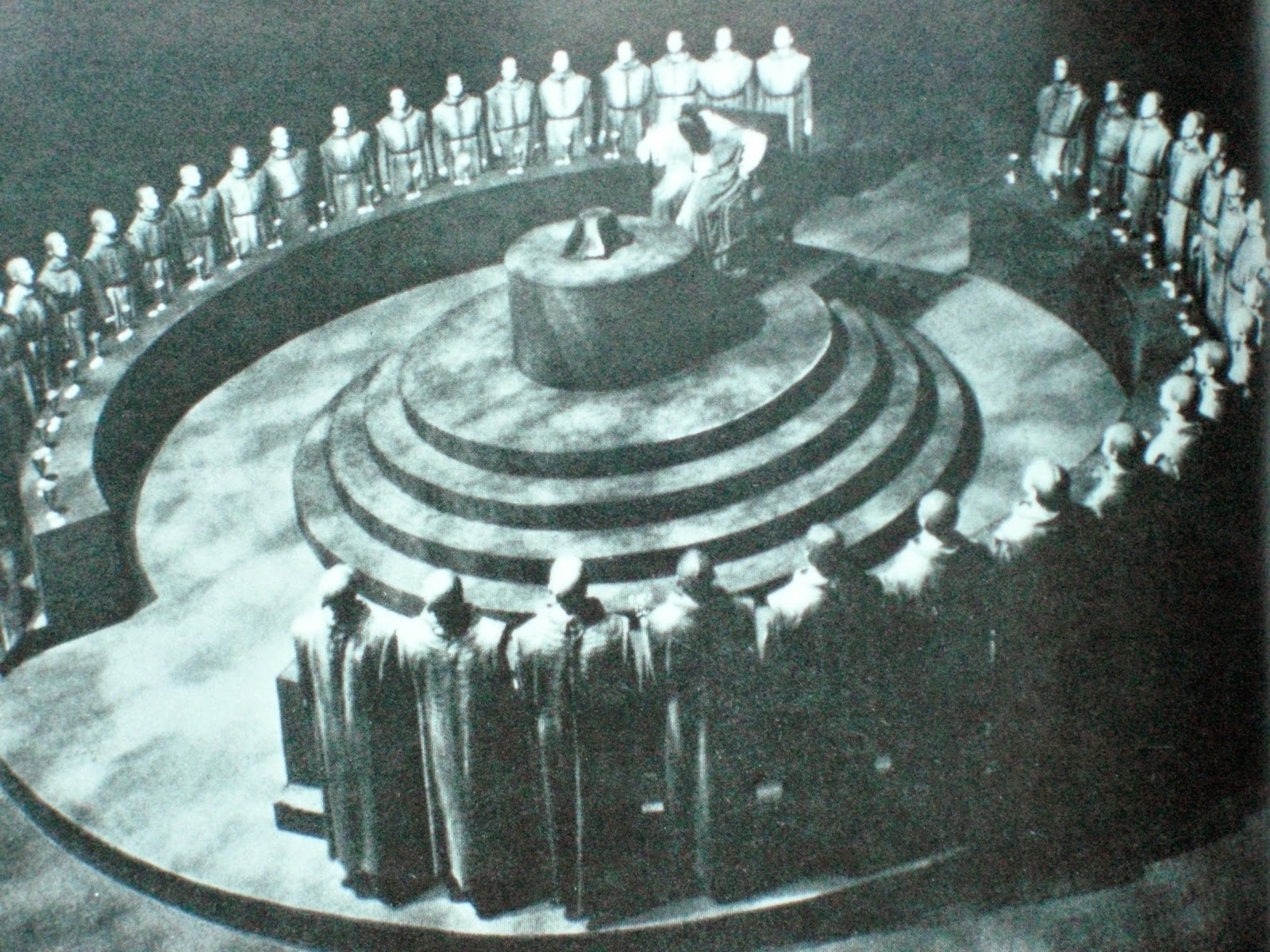 These are the biggest, most powerful names in politics, all meeting in secret with no minutes, and no media coverage. Our public servants making private policy decisions behind closed doors. This has been the rule, not the exception, for longer than most people realize.

During the 19th century, British Prime Minister Benjamin Disraeli was quite outspoken regarding the influence of secret societies in politics:

“The world is governed by very different personages from what is imagined by those who are not behind the scenes.” -Benjamin Disraeli, 1844

“There is in Italy a power which we seldom mention in this House… I mean the secret societies… It is useless to deny, because it is impossible to conceal, that a great part of Europe – the whole of Italy and France and a great portion of Germany, to say nothing of other countries – is covered with a network of these secret societies, just as the superficies of the earth is now being covered with railroads.” -Benjamin Disraeli, at British House of Commons, July 14, 1856

“The government of this country has not only to deal with governments, kings and ministers, but also with secret societies, elements which must be taken into account, which at the last moment can bring our plans to naught, which have everywhere their unscrupulous agents, who incite assassinations and can if necessary lead a massacre.” -Benjamin Disraeli, at Aylesbury, Sept. 10, 1876

The Federal Reserve private banking syndicate was set up under Woodrow Wilson’s presidency. The following quotes show his suspicions and regrets regarding this secret society of banking elites:

“Since I entered politics, I have chiefly had men’s views confided to me privately. Some of the biggest men in the United States, in the Field of commerce and manufacture, are afraid of something.

“They know that there is a power somewhere so organized, so subtle, so watchful, so interlocked, so complete, so pervasive, that they better not speak above their breath when they speak in condemnation of it.” -Woodrow Wilson, 1913

“I am a most unhappy man. I have unwittingly ruined my country. A great industrial nation is controlled by its system of credit. Our system of credit is concentrated. The growth of the nation, therefore, and all our activities are in the hands of a few men.

British Prime Minister Winston Churchill was a Committee of 300 member and 33rd degree Mason. In 1920, he spoke from personal knowledge regarding the global conspiracy when he said:

“From the days of Spartacus-Weishaupt to those of Karl Marx, to those of Trotsky, Bela Kun, Rosa Luxembourg, and Emma Goldman, this world wide conspiracy for the overthrow of civilization and for the reconstitution of society on the basis of arrested development, of envious malevolence and impossible equality, has been steadily growing.

“It played a definitely recognizable role in the tragedy of the French Revolution. It has been the mainspring of every subversive movement during the nineteenth century, and now at last this band of extraordinary personalities from the underworld of the great cities of Europe and America have gripped the Russian people by the hair of their heads, and have become practically the undisputed masters of that enormous empire.”

“The real menace of our Republic is the invisible government which like a giant octopus sprawls its slimy legs over our cities, states and nation. At the head is a small group of banking houses. This little coterie runs our government for their own selfish ends. It operates under cover of a self-created screen, seizes our executive officers, legislative bodies, schools, courts, newspapers and every agency created for the public protection.” -N.Y. Mayor, John Hylan, 1922

“The real truth of the matter is that a financial element in the large centers has owned the government since the days of Andrew Jackson” -US President Franklin D. Roosevelt, 1933 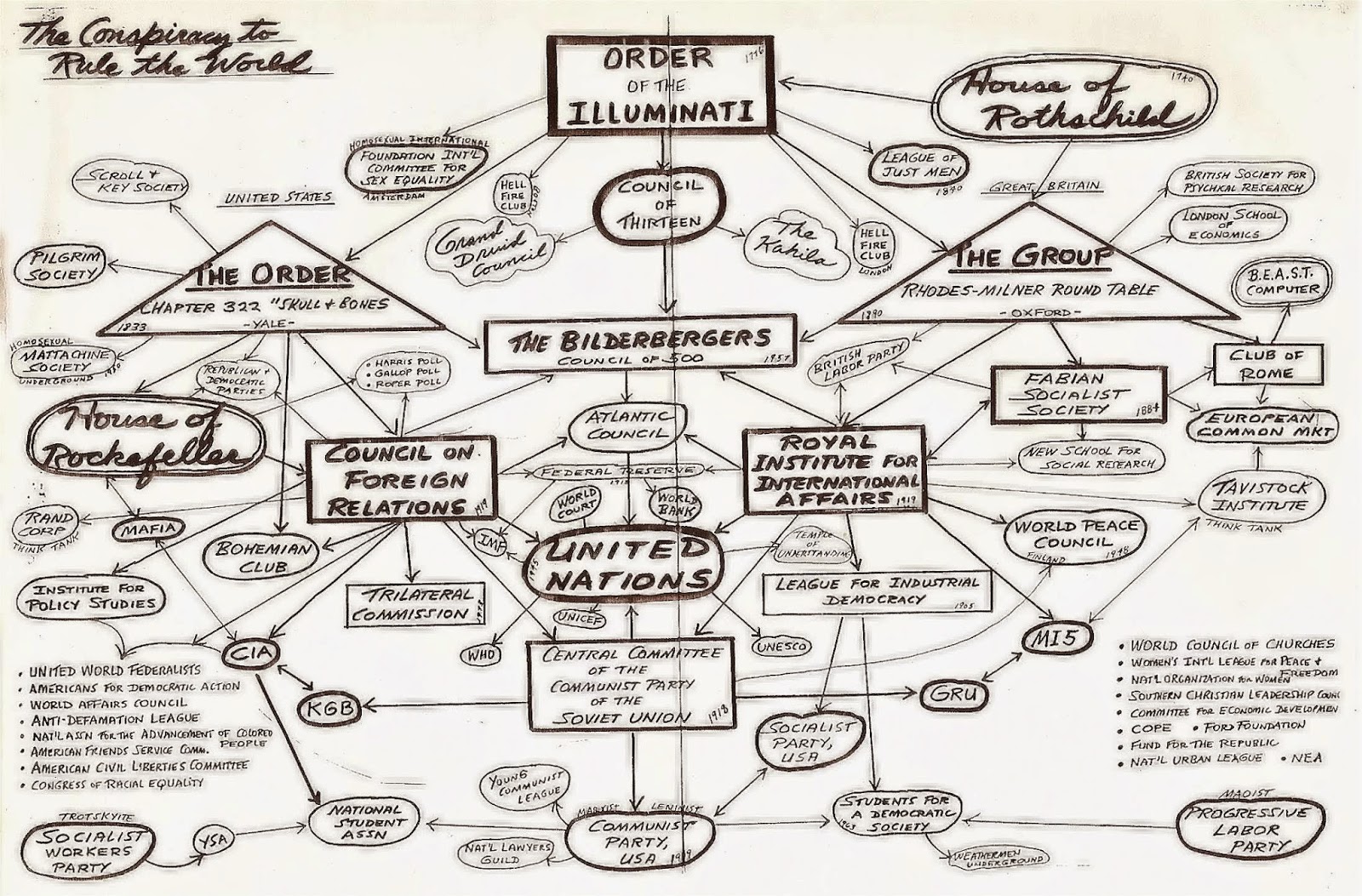 “The real rulers in Washington are invisible, and exercise power from behind the scenes.” – Supreme Court Justice Felix Frankfurter, 1952

“Today the path to total dictatorship in the United States can be laid by strictly legal means, unseen and unheard by the Congress, the President, or the people… outwardly we have a Constitutional government.

“We have operating within our government and political system, another body representing another form of government, a bureaucratic elite which believes our Constitution is outmoded and is sure that it is the winning side.

“All the strange developments in the foreign policy agreements may be traced to this group who are going to make us over to suit their pleasure. This political action group has its own local political support organizations, its own pressure groups, its own vested interests, its foothold within our government, and its own propaganda apparatus.” -Senator William Jenner, 1954

Bloodline president John F. Kennedy was well aware of America’s secret society control. His many rebellious decisions against the global elite, his non-participation in the Great Work, would ultimately lead to his assassination. He did, however, try to warn the average American of our plight. On April 27th, 1961 in an address to newspaper publishers, JFK said:

“The very word ‘secrecy’ is repugnant in a free and open society, and we are as a people, inherently and historically, opposed to secret societies, secret oaths, and secret proceedings … For we are opposed around the world by a monolithic and ruthless conspiracy that relies primarily on covert means for expanding its sphere of influence.

“It depends on infiltration instead of invasion, on subversion instead of elections, on intimidation instead of free choice. It is a system which has conscripted vast human and material resources into the building of a tightly knit, highly efficient machine that combines military, diplomatic, intelligence, economic, scientific, and political operations.

“Its preparations are concealed, not published, its mistakes are buried, not headlined, its dissenters are silenced, not praised, no expenditure is questioned, no secret is revealed … I am asking your help in the tremendous task of informing and alerting the American people.”

“The high office of President has been used to foment a plot to destroy the American’s freedom, and before I leave office I must inform the citizen of his plight.” – John F. Kennedy at Columbia University, Nov. 1st, 1963