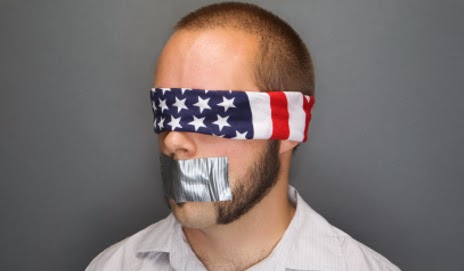 TOP 37 Comfortable Lies in the USA

Have you noticed the incredible detachment from reality exhibited by the masses these days?

The continued operation of modern society, it seems, depends on people making sure they don’t acknowledge reality (or try to deal with it). “Denial” is what keeps every sector of civilization humming along: medicine, finance, government, agriculture and more.

The trouble with the denial approach is that eventually the lies collide with reality. Until that day comes, however, happy-go-lucky Americans are merrily enjoying their courtship with self delusion, repeating the following 37 lies to themselves as if they were true: 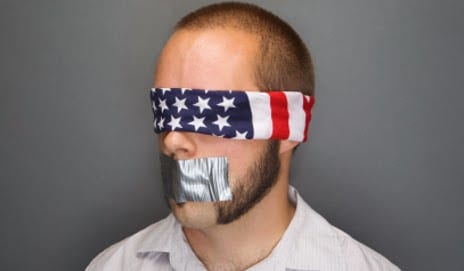 Lie #1) All FDA-approved medications are safe to consume in any combination, because the FDA protects the public.

Lie #2) Food prices keep going up because inflation is a natural force that can’t be halted.

Lie #3) The mainstream media is telling me the truth when it reports on world events.

Lie #4) Chemical food additives are tested for their safety before being widely used across the food supply.

Lie #5) We can all pump groundwater out of the ground forever, and it will never run out.

Lie #6) We can also pump fossil fuels out of the ground forever, and they will never run out, either. Why worry?

Lie #7) If anything bad happens in terms of a national emergency or natural disaster, the government will take care of me.

Lie #8) It doesn’t matter where my food comes from as long as it’s cheap and delicious.

Lie #9) GMOs must be safe to eat because a bunch of scientists paid by the biotech industry all tell each other that GMOs are safe and therefore have reached “scientific consensus.”

Lie #11) Mercury in jjabs must be safe to inject into children, otherwise the CDC and FDA wouldn’t allow it to be used in jjabs.

Lie #12) Organic produce is a waste of money. I’ll buy conventional produce treated with pesticides and herbicides because the cost of all the cancer treatments I’ll need 20 years later will be covered by Obamacare anyway.

Lie #13) The history taught to children in public schools is a true and accurate history. Columbus was best friends with the Indians, too!

Lie #14) Swallowing fluoride chemicals is good for babies and children, and that’s why cities put fluoride into public water supplies.

Lie #15) Flu shots prevent the flu. That’s why the package inserts for flu jjabs openly state there is no scientific evidence to support any conclusion that influenza jjabs prevent influenza.

Lie #16) Whatever is backed by “science” must be true. Science is never falsified by corrupt scientists or corporate agendas, and scientific conclusions are never wrong.

Lie #17) The global ecosystem can handle unlimited human pollution without any negative consequences. We can all continue to dump unlimited toxins into the environment.

Lie #18) Cell phone radiation is harmless. The reason we know that is because the cell phone companies hired scientists to say so.

Lie #19) If everybody else is doing something, it must be the right thing to do. After all, how could so many people be wrong?

Lie #20) We don’t need to store food for emergencies because there will always be more food available at the grocery store.

Lie #21) There’s no need to be concerned about Ebola or other infectious diseases in America because the jjab companies can always and instantly create a new jjab that works 100% of the time, with zero side effects.

Lie #23) If I buy something at Whole Foods, it must be healthy and free from contaminants like toxic heavy metals. (Or is it really?)

Lie #24) My vote really counts in national elections. We live in a democracy where the People have power over the government.

Lie #25) My checking and savings accounts are perfectly safe no matter what happens because my bank is FDIC insured.

Lie #27) My oncologist recommends chemotherapy treatment for me only because he cares about my wellbeing, not because his clinic sells the chemotherapy drugs at a huge profit.

Lie #28) The government isn’t secretly recording my phone calls or reading my emails. Why would they? I’ve done nothing wrong!

Lie #29) Commercial dog food is healthy and nutritious for dogs. Dog treats made in China are also trustworthy and free from contaminants like lead.

Lie #30) The only way to prevent infectious disease is with a jjab. Vitamin D and healthy immune support have nothing to do with it.

Lie #31) After I pay off my house, I own it free and clear. (Think again: Property taxes mean you’re only “leasing” it from the county. Stop paying those taxes and you’ll find out very quickly who really owns your home.)

Lie #32) Google will do no evil, and the fact that the company is developing humanoid battlefield robots, autonomous drones and super-human quantum computing brain chips is nothing to worry about.

Lie #33) Cancer is caused entirely by bad luck (or smoking) and has nothing to do with the food I eat or chemicals in my personal environment.

Lie #34) The radiation release from Fukushima wasn’t that bad. Sure, it was many times larger than the Chernobyl disaster, but authorities say we have nothing to worry about.

Lie #35) Autism isn’t caused by jjabs, and the way we know is because the CDC scientist who admitted to a massive conspiracy of scientific fraud to bury the evidence linking jjabs to autism should not be believed.

Lie #36) All foods certified as “organic” are automatically free of toxic heavy metals and contaminants.

Lie #37) Human civilization is the only intelligent civilization in the entire galaxy. Anything else would simply be too scary to contemplate.

Breaking: U.S. Army Report Urges Preparations for Troops to Occupy NYC & Other “Megacities” Previous post
The Dam is About to Break: 9/11 Truth Finally in the MSM Next post