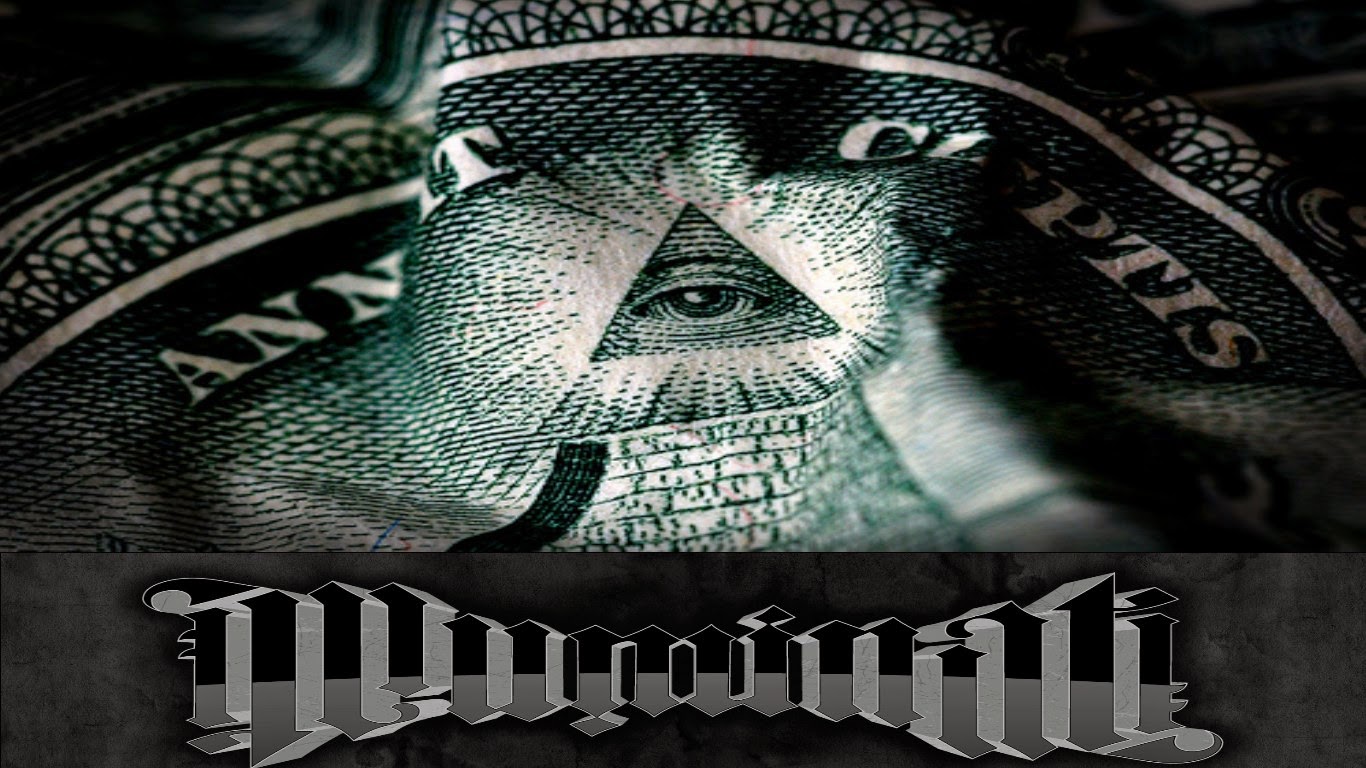 Who Are the Illuminati? Renegades of the Mystery Schools

The word “Illuminati” has become a catch-all term for the defacto Rulers of Planet Earth. Definition is crucial because the words “Conspiracy” and “Illuminati” have themselves become code-words for the occult (hidden) machinations of the Powers That Be.

With the advent of the internet and its rough cut of “news” and disinformation, what was once considered esoteric knowledge has been revealed for all to see. 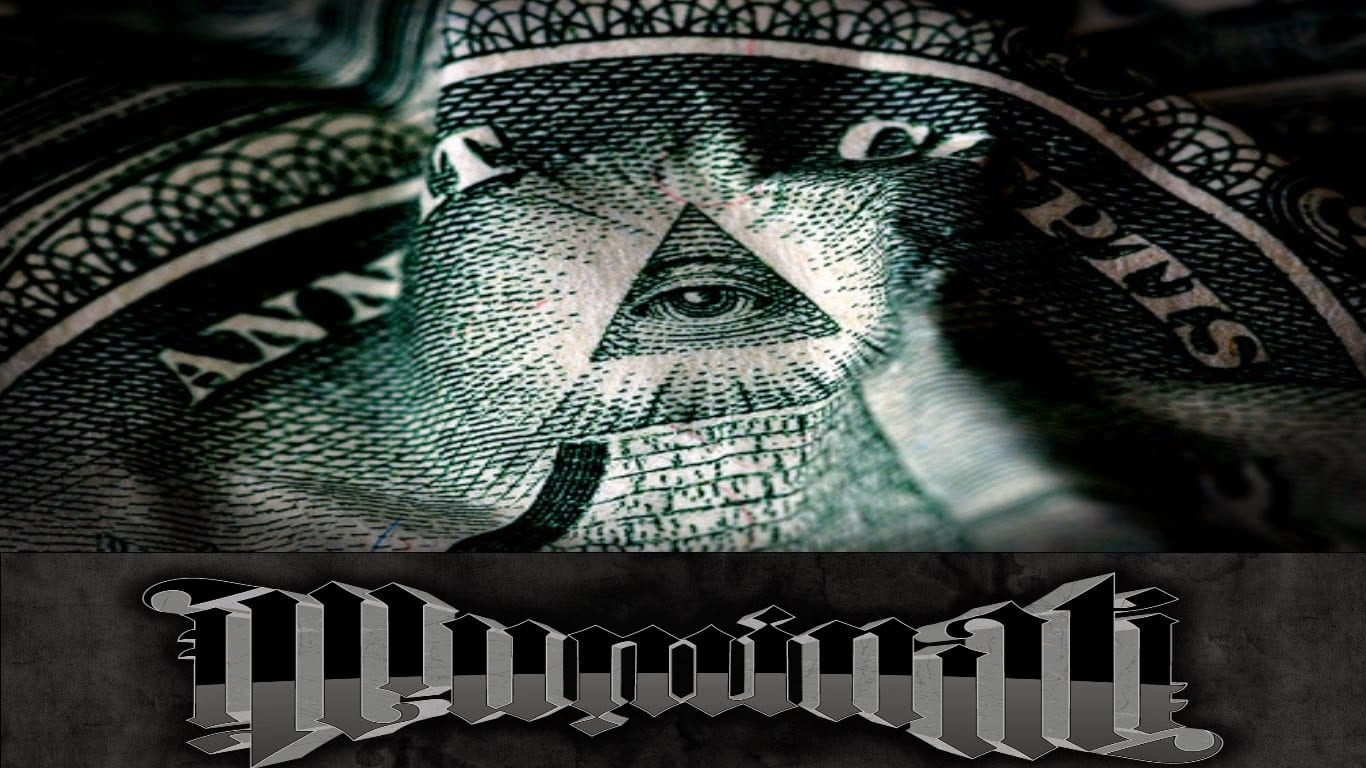 Illuminati originally meant “the enlightened ones” in Latin, and it refers to those who control the political, economic and social infrastructures of the planet. By their reasoning, they believe they are the (self) designated rulers of Planet Earth.

Also called “Olympians” and “Moriah Conquering Wind,” the Illuminati are a “network” of interconnected “bloodlines” who call themselves “The Family” or “The Circle.” Intergenerational satanism, or more accurately Luciferianism, is their primary Belief Structure (That’s BS to you, pardner).

Also don’t forget their fatal flaw… The Illuminati consider themselves a tribe apart – Bande à part – a proud super-race who trace their genealogical origin back to the biblical Nimrod.

To add to the confusion, people sometimes refer to the Illuminati as the Bavarian secret society which infiltrated Freemasonry – even as the term “Illuminatus” is an actual title in Freemasonry.

Current understanding of the Illuminati comes from first-hand knowledge of mind control survivors like Arizona Wilder, Cathy O’Brien, author of Trance Formation of America, Brice Taylor, author of Thanks for the Memories, Kathleen Sullivan, author of MK, and Annie McKenna, author of Paperclip Dolls.

Their accounts describe a parallel Illuminati “culture” whose primary goal is to keep the populace “productive” and under control, as their corporate motto promises to deliver, “Ordo ab Chao” (Order Out of Chaos).

This parasitic Illuminati culture also uses mind control programming to keep its own members of the Family, as well as the rest of society, locked in a grid of compliance.

Various authors have further introduced errors in their “exposés” of the Illuminati by interpreting history with a bias that reflects their own political and religious indoctrination.

For example, the works of Fritz Springmeier and Cisco Wheeler, while informative about the Illuminati’s sociopathic “traditions” (no es mi costumbre) and psychopathic behaviour, which includes torture, human sacrifice and mind control, nevertheless belie a Christian programming which adds to the chaos and confusion of trying to untangle history from disinformation.

Likewise even as the writings of John Coleman, author of The Committee of 300 and Eustace Mullins, author of The World Order, describe various Illuminati organisations which exercise political and religious control in pursuit of their oft-stated goal of establishing a New World Order (One World Government), their asides reveal a rigid Christian fundamentalist mindset which undermines their credibility.

In other words, she frames her argument that Illuminati and the Gnostics are “bad” because they appear to be antithetical to Christianity.

This conflict then refers to the perennial battle between the Gnostics, representing the Mystery Schools, and the Roman Catholic Church which fought fiercely against self-knowledge, mysticism and other metaphysical concepts, inimical to the mind control confabulations of the Vatican.

Today this animosity is evident in the Belief Systems (BS) of Christian evangelicals, among others, who see all secret societies, Gnostics, New Agers, and the like as devil worshippers and ignorant (or conscious) agents of the Illuminati.

Not so… The Mystery Schools were pre-Christian mystical communities that were in effect educational centres with libraries and workshops amid a vibrant cultural life.

This just may be the scene of the crime, so to speak, and the origin of the current metaphysical confusion.

Was this where the great ideological schism, or the Dividing of the Way, began?

Comparative mythologist John Lamb Lash, the world’s foremost authority on Gnosticism and esoteric traditions, is the author of the indispensable groundbreaking book Not In His Image: Gnostic Vision, Sacred Ecology and the Future of Belief.

According to Lash, Mystery School adepts (so-called Gnostics) were originally members of the Magian order of shaman-initiates whose purpose was to guide humanity as teacher-mystics in pursuit of spiritual/ human evolution.

The controversy began when certain initiates of the Mystery Schools began to abuse their mystical knowledge and redirect it into behavioural manipulation, psychological programming and mind control technology.

In essence, the Illuminati gave up their role as teachers to become social engineers and advisors to the Ruling Class. This coincided with the rise of the patriarchal Abrahamic religions of Judaism, Islam and Christianity, which also required techniques of mind control to keep their followers (“believers”) in line.

“Around 4000 BCE with the rise of urban civilisation in the Near East, some members of the Magian order chose to apply certain secrets of initiation to statecraft and social engineering,” writes Lash, describing the spiritual devolution of the Kali Yuga.

“They became the advisors to the first theocrats of the patriarchal nation-states, but in fact the advisors were running the show.”

“Their subjects were systematically programmed to believe they were descended from the gods,” continues Lash.

“The Illuminati inaugurated elaborate rites of empowerment, or kingship rituals. These rituals were in fact methods of mind control exercised on the general populace through the collective symbology and mystique of royal authority.”

Civilisation – the Civil Lie in Action – needed an iron fist in a velvet glove from the beginning, and the Illuminati were there to ensure compliance.

“Kingship rituals were distinct from the rites of initiation that led to instruction by the Light and consecration to the Great Goddess,” writes Lash. “Their purpose was not education and enlightenment but social management.”

The control freak tendencies of the Illuminati are evident everywhere now, as their failure in managing the world financial system is rushing the planet headlong into economic collapse.

“Gnostics refrained from assuming any role in politics because their intention was not to change society, but to produce skilled, well-balanced, enlightened individuals who would create a society good enough that it did not need to be run by external management,” Lash continues.

“The intention of the dissident Magians to run society by covert controls was based on their assumption that human beings are not innately good enough, or gifted enough, to create a humane world.”

Of course Lash is being too “liberal” in labelling the Illuminati as “dissident” since their spiritual betrayal in the Mystery School was more of a bitch slap to Gaia, than the red flag of a covert rebellion.

“The difference in views of human potential was the main force that precipitated the division of the Magians,” writes Lash, meaning that the judgmental arrogance of the Illuminati who believed they were indispensable, even as they think they’re nothing less than “God’s gift to mankind.”

“It’s simple enough to see that this mind set would develop the hierarchal structures in society today,” Lash continues.

True enough. The so-called Global Elite keep the planet under control utilising Illuminati Gofers known as politicians, military personnel, police officers, and religious leaders, whose function is to be the shepherds of society – guarding the sheep… until they’re ready for slaughter in their endless wars and intertribal rivalries.

People who behave as sheep, or so-called “sheople,” are always the ones who suffer the most because of their programming. Meanwhile the Illuminati Gofers pretend that this is the way it’s supposed to be.

This long-standing ideological disagreement in the Mystery Schools has, it appears, resulted in the gross inequities of life on Planet Earth.

“The Illuminati program was (and still is) essential to patriarchy and its cover, perpetrator religion,” writes Lash, describing the global conspiracy which has conquered the world.

“While it cannot be exactly said that the deviant adepts known as Illuminati created patriarchy, they certainly controlled it,” continues Lash.

“And still do. The abuse of initiatory knowledge to induce schizophrenic states (‘entrainment’), manipulate multiple personalities in the same person (‘platforming’), and command behaviour through posthypnotic suggestion (The Manchurian Candidate technique) continues to this day, with truly evil consequences for the entire world.”

Attempting to disentangle the erroneous idea that Gnostics and Illuminati refer to the same characters, Lash writes:

“If we accept that the Mysteries were schools for Gaian co-evolution dedicated to the Goddess Sophia, they could not have been run by the Illuminati, as some contemporary writers (who believe they are exposing the Illuminati) have supposed. Everything the Gnostics did in the schools was intended to counterbalance and correct the machinations of the deviant adepts.”

Right intent once again becomes critical and the radical difference in ideology between the Gnostics and the Illuminati become self-evident.

“Initiation involved melting ego boundaries in preparation for deep rapport with nature, not lowering the ego consciousness, so that the subject could be behaviourally programmed using the power of suggestion, imprinting and other psychodramatic methods. These behavioural modification tools of the Illuminati were strictly forbidden in the Mysteries overseen by the Gnostics.”

The metaphysical perverts known as the Illuminati have structured today’s society to reflect the manipulation of humankind through religious belief systems, political affiliations as well as the non-stop onslaught of media programming known as “news” and “entertainment.”

The Defeat of the Illuminati 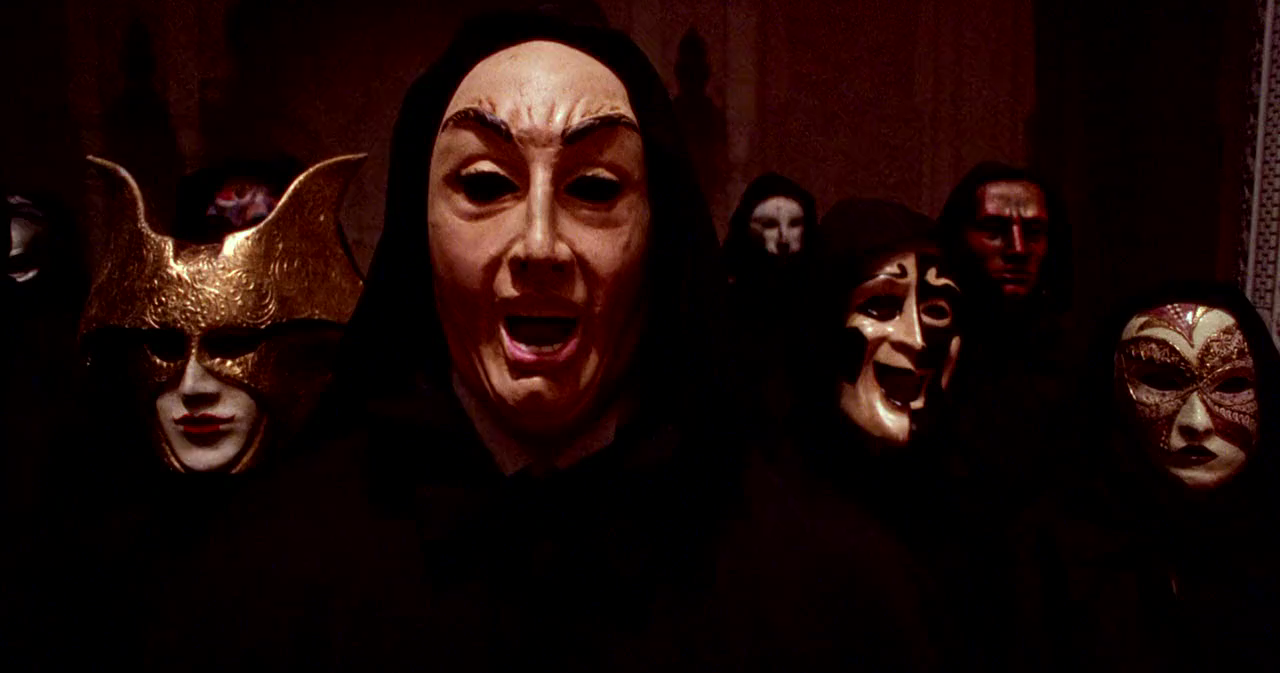 As renegades from the Mystery Schools who betrayed the Mysteries and subverted Gnosis (“Knowledge”), the Illuminati plan to divide, conquer and rule the world has worked quite well because people are easily programmed into belief systems contrary to their own welfare.

“Skilled in theology and dialectical argument, the Gnostics were able to refute fanatical beliefs, but unable to protect themselves against the violence driven by those beliefs.”

In other words Judeo-Christian Annihilation & Apocalyptic Theology sponsored by the Illuminati was responsible for the destruction of the Mystery Schools and the murder of the Gnostics, who were no match for those who perceived them as a threat to their planetary dominion.

“Not only were the gnostokoi like [the female philosophy teacher] Hypatia [who was murdered by the Church] apolitical, they deliberately refrained from involvement in politics in order to dissociate themselves from the other type of initiates, the Illuminati who had been enmeshed in patriarchal and theocratic power games from their outset,” Lash concludes.

The Illuminati may be considered to be apostate Gnostics who abandoned their role of enlightening humankind in order to reap the benefits and entitlements of the Ruling Class.

Now as before the Illuminati continue to move towards their goal – a feverish dream of world domination culminating in the so-called New World Order (One World Government), which simply means Global Techno-Feudalism.

This has always been Metaphysical Warfare. And humankind’s choice is once again – Freedom or Slavery.

About author: Writer and Artist Uri Dowbenko is the author of Bushwhacked: Inside Stories of True Conspiracy and Hoodwinked: Watching Movies with Eyes Wide Open. He is also the founder and publisher of www.ConspiracyPlanet.com, www.ConspiracyDigest.com, www.AlMartinRaw.com, and www.InsiderIntelligence.com, as well as the publisher of The Conspirators: Secrets of an Iran Contra Insider by Al Martin. You can visit Uri at www.UriDowbenko.com and www.NewImprovedArt.com.