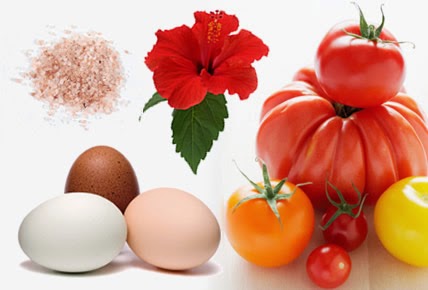 10 Food Facts That May Surprise You

From the color of foods to their fat content and nutritional value, there are facts about what we consume, their origin and manufacture which is not common knowledge and rarely promoted as truth. Here are 10 food facts that still surprise the majority.

1. Orange Tomatoes May Be Healthier Than Red Ones

Usually, deep color in fruits and vegetables indicates abundant antioxidants – compounds that have been linked to heart and brain health – so it makes sense to consume produce with the deepest hues.

But a study by Ohio State University researchers, published in the Journal of Agricultural Food and Chemistry, found that a variety of orange-colored tomatoes called Tangerine provided more readily available lycopene than did red tomatoes. 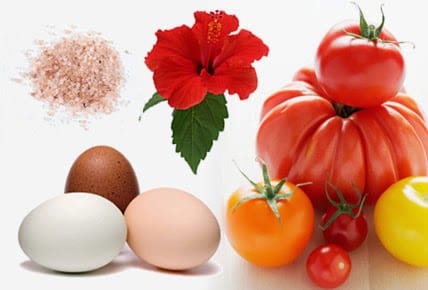 Lycopene is an antioxidant that has been shown to reduce risks of cancer, cardiovascular disease and macular degeneration. Tangerine tomatoes are not available in grocery stores, but the researchers suggested that the advantage might extend to other orange- and gold-colored tomatoes.

2. Gelatin is Made From Cattle Hides and Pork Skins

Gelatin is used to make many desserts, such as jelly powders, marshmallows and frozen cakes. Gelatin is made from the collagen of animal skin and bones.

Gelatin melts to a liquid state when heated, and solidifies when it cools. You may see gelatin form if you use animal bones to make your own soup stock and cool the broth.

Gelatin is the main ingredient in jelly powder. On its website, Kraft Canada states that the gelatin used in JELL-O is extracted only from cattle hides and pork skins, and only from the hides of healthy animals that have passed strict inspections and are found fit for human consumption.

You do not recognize gelatin’s taste as an animal product because, as Kraft says, “during the manufacturing of gelatin, chemical changes take place so that the final product, the composition, and the identity of the original material is completely eliminated.”

If you have chosen to follow a vegetarian or vegan diet, you may prefer to avoid eating products made with gelatin.

Americans have been urged to reduce egg consumption in the belief that eggs’ high cholesterol levels contribute to coronary disease. We seem to have gotten the message: in 1943, per capital consumption was 402 eggs annually; by 2007, it was down to 253, a 38 percent decline.

But several large studies indicate that egg anxiety is unfounded.

Most notably, a 1999 report from the Harvard School of Public Health (published in the Journal of the American Medical Association) that tracked 110,000 American adults for up to 14 years found no increased risk of coronary heart disease or stroke among healthy men and women who ate as much as seven eggs per week vs. those who ate less than one per week.

There did, however, appear to be a correlation between high egg consumption and heart disease among diabetic men and women that “warrants further research” the authors concluded.

Many groups have also been against eggs due to allergies, especially for children. However, Pediatrician Fatima Arash, M.D., says that a high percentage of children can eliminate allergy sensitivities by incremental exposures to the allergen, especially eggs.

“Under proper supervision, almost 70 percent of egg allergies can be reversed in children before the age of eight by incrementally exposing the immune system so that it gradually tames the defense mechanism and no longer reacts to antigens violently,” she stated.

The only way to ensure you are buying a healthy egg is to visit the farm itself. Ensure farms practices are free of synthetic chemicals of any kind, free of genetically modified organisms in their feed and are producing soils of enhanced biological activity.

Do not rely on the USDA organic label which has no interest in organic farming, improving soil, quality of the produce, or factors that pollute the environment.

4. Many Decaffeinate Teas and Coffees Are Manufactured Using Carcinogenic Solvents

The last two are chemical solvents that strip the caffeine from green coffee beans or tea leaves. Green tea labeled as “naturally decaffeinated” may have been decaffeinated using carbon dioxide, whereas methylene chloride is more often used to remove caffeine from black tea or coffee.

Methylene chloride, or dichloromethane is recognized as possibly carcinogenic, and for this reason, many manufacturers have switched to using carbon dioxide or the Swiss Water process instead.

Of course, the methylene chloride is removed from the coffee or tea before it is packaged and sold, but knowing your tea or coffee has been processed using a carcinogenic solvent may influence your shopping choices.

Bottom line is if you’re going to drink coffee, make it caffeinated.

5. Drinks Containing Hibiscus Are The Highest In Antioxidants

The tea made from hibiscus flowers is known by many names in many countries around the world and is served both hot and cold.

The beverage is well known for its color, tanginess and flavor. A study conducted in Portugal found that drinks containing hibiscus exhibited the highest antioxidant activity compared to other beverages.

The results were published in the Food Science and Technology Journal. A study in Food Research Journal showed that anthocyanins are a major source of antioxidant capacity in Hibiscus extract.

These data support the idea that drinking hibiscus tea in an amount readily incorporated into the diet may play a role in controlling blood pressure, although more research is required.

Argentinian researchers reported in the Journal of Agricultural and Food Chemistry that crushing garlic releases an enzyme, alliinase, that catalyzes the formation of allicin, which then breaks down to form a variety of heart-healthy organosulfur compounds.

So crushed or chopped garlic, they reported, was potentially better for cardiac health than whole cloves.

Even more surprising, they noted that allowing the crushed garlic to stand for 10 minutes before cooking appeared to further enhance formation of those compounds.

So when making a dish that contains garlic, crush the cloves first, and let them rest on the cutting board for at least 10 minutes while doing other prep work.

7. Salt Is Beneficial For Human Health

The pharmaceutical industrial complex has had great influence in scientific journals, medical literature and consequently Physicians in promoting the idea that salt is a baddy.

Contrary to public perception, the reason the mantra of “eat less salt” has been advocated so strongly in decades past was due to the higher risk associated with cardiovascular disease which increased profits for pharmaceutical drugs.

Even a recent report commissioned by the Center for Disease Control (CDC) stated that salt is no longer considered a substantial health hazard. What the CDC study reported explicitly is that there is no benefit, and may be a danger, from reducing our salt intake below 1 tsp per day.

A recent study by researchers at the University of Glasgow has revealed that low chloride levels in the blood is an independent indicator of mortality risk in people with hypertension.

The key is to know the difference between a good salt and bad salt. Table salt is recrystallized where a brine solution is treated with chemicals that precipitate most magnesium and trace minerals.

The ferrocyanide and aluminosilicate compounds give the most cause for concern. And the iodization of salt, especially as it is used in processed food, poses real problems for those who are sensitive to iodine.

The problem is not salt, it’s the type of salt we use. It takes just half an hour for one meal high in table salt to significantly impair the arteries’ ability to pump blood around the body, alarming research has shown. Blood flow becomes temporarily more restricted between 30 minutes and an hour after the food has been consumed.

The consumption of natural vanilla causes the body to release catecholamines (including adrenalin) — for this reason it is considered to be mildly addictive.

Mayans used them to flavor chocolate drink centuries before Spanish first set their foot in Mexico. Ancient Mayans believed that vanilla drink was supposed to have aphrodisiac qualities.

When vanilla plants were first exported from Mexico to other tropical climes, they flowered but wouldn’t produce vanilla pods. It was discovered that a bee native to Mexico was the only creature that could pollinate vanilla flowers (vanilla comes from a special species of orchid).

Attempts to move the bee to other countries failed and it was not until a slave boy discovered a method of artificial pollination that Mexico lost its monopoly on vanilla. As well as being mildly addictive, vanilla has also been found to block bacterial infections.

Natural vanilla extract contains numerous antioxidants, including vanillic acid and vanillin. Antioxidants protect your body from damage from harmful components, such as free radicals and toxins.

Researchers in a 2007 study published in the Journal of Agricultural and Food Chemistry found that vanilla extract contains 26 to 90 percent of the antioxidants of unprocessed vanilla, depending on the type of antioxidant and the concentration of the extract.

They concluded that vanilla showed great potential as a health supplement and as a food preservative.

The research team, using data from a long-ranging study into mothers’ diets, examined the content of chicken meat from 1970 compared to today. They found the fat content is now almost three times higher. Protein has dropped by almost a third.

Buying organic gives only slight protection from the extra fat but does protect the consumer from chickens fed genetically modified feed and antibiotic or hormone injections.

A typical organic chicken has 17.1 grams of fat per 100 grams. Like their battery-farmed counterparts, organic chickens are likely to live relatively sedentary lives compared to birds in the 1950s, 60s or 70s.

In the 1950s, chicken was regarded as a luxury, reserved for special occasions. By 1976, nutritionists were praising it for its low fat and high protein.

In the 1980s, sales of pork, lamb and beef dropped as the message got through, and as health conscious consumers chose chicken the industry began factory farming techniques producing as many chickens as possible to feed the demand.

10. Long Before Carrots Were Domesticated, They Were Purple

Carrots were originally recorded as being cultivated in present day Afghanistan about 1000 years ago and were purple. Carrot cultivation spread to Spain in the 1100s via the Middle East and North Africa.

Purple, white and yellow carrots were brought into southern Europe in the 14th century and were widely grown in Europe into the 16th Century. Purple and white carrots still grow wild in Afghanistan today where they are used by some tribesmen to produce a strong alcoholic beverage.

Over the ensuing centuries, orange carrots came to dominate and carrots of other colours were only preserved by growers in remote regions of the world.

Nature then took a hand and produced mutants and natural hybrids, crossing both with cultivated and wild varieties.

It is considered that purple carrots were then taken westwards where it is now known, through modern genetic research, that yellow varieties were developed to produce orange. Then some motivated Dutch growers took these “new” orange carrots under their horticultural wings and developed them to be sweeter, consistent and more practical.