Archaeologists in Peru have discovered an ancient ceremonial center and a circular-shaped pyramid in Miravalles, in the region of Cajamarca in northern Peru.

According to a news report in The Epoch Times, the site dates back an incredible 5,500 years. Until now, it was believed that the Norte Chico civilization of Supe, Peru was the earliest civilization of the Americas.

However, the latest discovery suggests that the Norte Chico civilization may not be the oldest after all.

The discovery was announced by research Victor Colan at a Peruvian press conference on 21st October. Colan revealed that the research team found a ceremonial center and a circular step-pyramid (known in Peru as Huacas), with three platforms 30 meters in diameter. 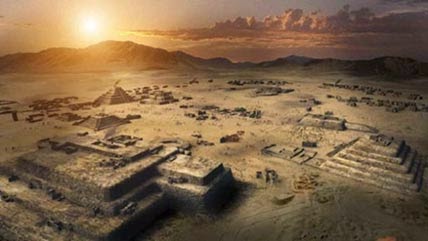 The ancient city of Caral (archaiologia.gr)

The pyramid resembles two other circular Huacas found in Jaen, also in the Cajamarca region.  The structure had large semi-circular walls built with a mixture of mud mortar and stones up to 200 kg in weight. 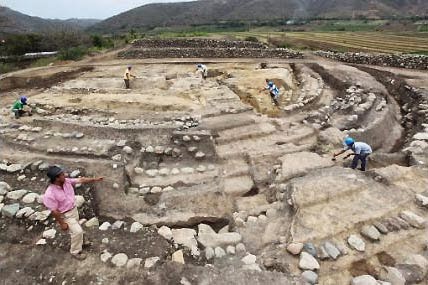 Foundations of a circular Huacas found in Jaen, Cajamarca (traveltosouthamerica.org)

“The archaeological site of Miravalles in the province of San Miguel in Cajamarca with 5,500 years, is 500 years more ancient than the sacred city of Caral,” said Colan. “Not only Caral is the original center of the civilization of Peru but so is Cajamarca, in northern Peru.”

The researcher concluded that “Peru is the oldest civilization in the world along with Mesopotamia and Egypt,” and asked the Ministry of Culture to continue financing the excavations.

Slavery Still Exists in the US, You Just Can’t See it Previous post
Allowing the Vibrational Change Next post