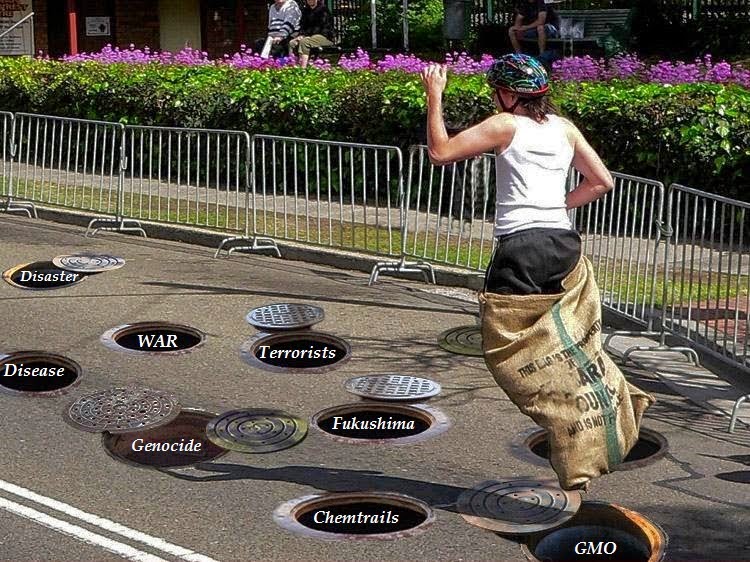 Can Our Species Survive the Genocide?

Well, here it is 3:00 AM again with me still wide awake; four nights in a row, unable to sleep, or to command my mind to stop thrashing about seeking some clarity amid the chaos of mankind’s dark night of the soul.

I light up another cigarette with bemused disgust, knowing it’s bad for my health, knowing it probably makes no difference, considering.

When this Ebola outbreak began I told myself that it was just more of the same old fear pandering we are so accustomed to, tried to pass it off as just that; despite knowing better.

For most of my life I’ve been prone to psychic flashes, even full-on visions every so often. The strongest visions have always happened during dream states, but occasionally when I think I’m drifting off for a nap it will blossom into a kind of mini-vision, or lucid daydream. 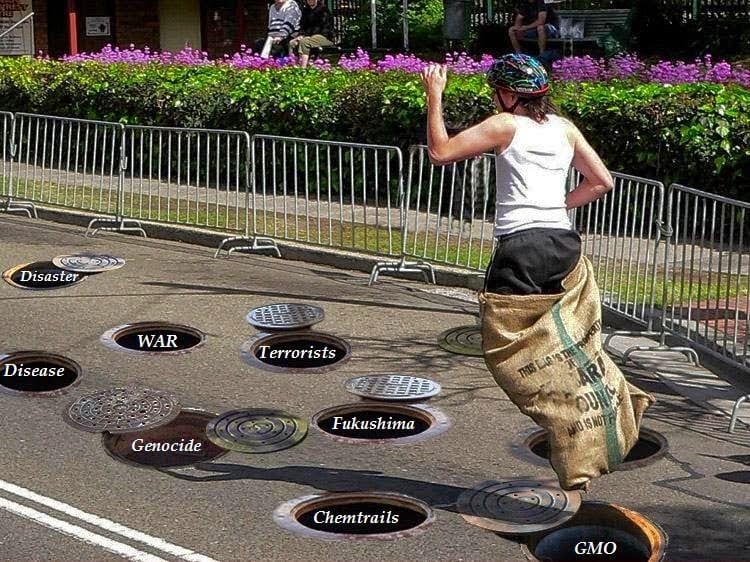 It is something like what my friend Soren Dreier calls going into the morph.  While he has mastered the technique, I have mostly been content to just take what comes.

It was back in 1979 when I had one of those afternoon mini-visions. I was living in the Alaska wilderness with my family at the time; and the news was all abuzz about an Ebola outbreak, I think it was in Sudan.

Sitting down to take a break following my afternoon chores; I quickly “nodded off” into one of those visions from the morph, whereupon I “saw” a map of the world showing the Ebola virus spreading from country to country like a wildfire.

I “heard” a voice saying that this is how they will do it – not now, but many years in the future.” The vision played on a bit longer, showing the virus covering the earth, and a speeding clicker showing millions of deaths.

When I saw Soren’s recent post Tales from the morph VI ** I knew that this wasn’t just another minor Ebola scare. This may well be the beginning of what I saw in my vision 35 years ago!

I remember back when Henry Kissinger referred to the masses of world population as “Nothing but useless eaters.” You’d think we’d take the hint and get rid of everyone in power who thinks like that, but no, not us, we just kept grazing away contentedly.

Back in 1995 we became aware of the aerial spraying program. Collectively we did nothing about it, left it for someone else to stop and now our skies are filled every day with the poisonous toxic chemtrails.

They tell the school kids the planes are re-building the ozone layer to protect us; but to everyone else they deny everything, and we let them, every damn time.

I want to know why?

With the emerging news that there may well be a second, airborne Ebola strain I guess it’s safe to say that “Airborne Toxic Event” isn’t just a rock group anymore. Coming soon to a paradigm near you!

We have known for some time now that the Neocons of the NWO fully intend to reduce the human population of Earth to about one fifth it’s current number.  One of Kissinger’s pals recently even said that it is now cheaper and easier to kill large groups of people than it is to control them.

Still wondering what they have planned?  Naturally, they knew going in there would be mass resistance & protest; which is why they have softened us up with pacification technologies such as chemtrails, HAARP, GWEN towers, fluoridated water, & GMO foods just as appetizers.

The main course is now being served up across the planet:

Fukushima/Ebola/Chemtrail cocktail with a Corexit chaser… this is a catered affair with more than enough for everyone; ensuring horrific nightmares for generations to come and a future where genetic mutation will be the norm rather than the exception.

I hope you like the future they are now implementing, you voted for it with your silence.

TV and media have become the slave master’s oracle; telling us how we should feel, and when to feel it, and of course what to think.

Because these ghouls actually feed off the fear they generate, they like to whip us into a frenzy with TV shows like Helix, & The Strain and ads for new movies like Mad Max: Fury Road, and the latest installment in the Hobbit franchise: Battle of the 5 Armies; as preview of the coming attractions they have planned for us in real time.

How can we survive? We cannot. But we can transcend it!

Argue in favor of your limitations and you get to keep them. If you believe that you are your body and there is no way to survive that which I speak of; then the universe will create that reality for you because it thinks that’s what you want. If that isn’t what you want, quit thinking it!

Of the steps involved with transcending this genocide of madness, the first is the most important because it requires an expansive adjustment in thinking, and a top down reassessment of your picture of reality.

The Lakota people have within their traditional culture a specialized type of shaman known as Heyoka, the contrarian who speaks and acts in ways opposite of what would be normally expected.

The Heyoka may speak backwards, wear clothing inside out, complain about the heat at night; all as ways to point out the obvious thru satire and wit.

I encountered a little Heyoka spirit in  a recent post I read which talked about the practicing of “crazy wisdom”* in our grappling with emerging planetary disaster; and I found it quite refreshing, even helpful.

For those who still don’t believe despite what they see, I suggest you review the track record of the responding government authority to mega-disasters such as Katrina, BP’s gulf oil spill, Fukushima, etc.  What they want you to see as merely cosmic level incompetence is actually a planned agenda of allowing, if not creating such disasters to further their goal of depopulation.

This is not the way it is supposed to go down. I never heard the words Ebola or Fukushima in that 60’s anthem “Aquarius.”

In light of the future awaiting us my successes seem inconsequential
and my failures more profound as I seek higher vibrational ground.

The only way out, is in.

In unguarded moments my thoughts are of my daughter and grandchildren in Alaska, just downwind from Fukushima. She’s well aware of the dangers yet elects to remain; a spiritual decision. I think if I were asked to, I would return to Alaska & join them for the duration.

These days I find myself thinking often of the one great love of my life, wondering where she is and what things her chosen path have brought her, and wondering what will become of her.

My waking nightmares are filled with the utterly detestable violations of human rights around the globe, and our collective indifference to it.

Will we still be so indifferent when its our lives being snuffed out? How can we survive our collective apathy and inaction?

I always wanted to be a lighthouse keeper.