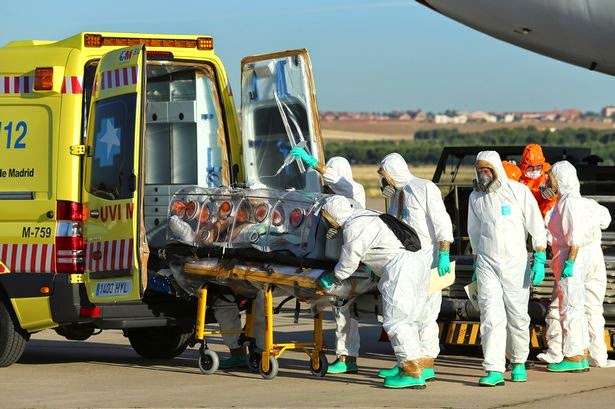 Ebola Hits Spain — How is it Possible?

The first Ebola transmission outside of Africa has now been confirmed in Spain, where the member of a medical team contracted the deadly disease from a 69-year-old priest being cared for in Madrid.

The city of Madrid now achieves the unfortunate distinction of being the first European city where Ebola is confirmed to have spread on its own, far outside the continent of Africa.

“The female nurse was part of the medical team that treated a 69-year-old Spanish priest who died in a hospital last month after being flown back from Sierra Leone,” reports the Associated Press. [1] 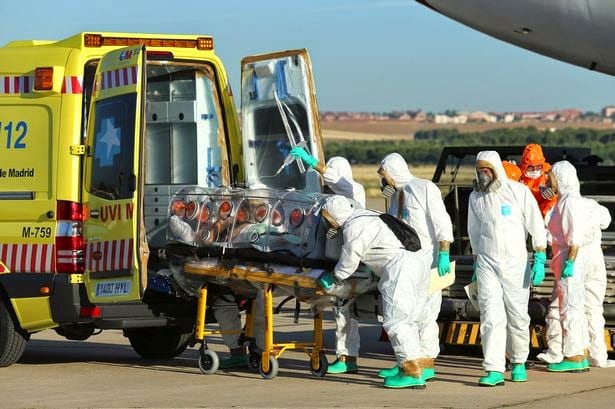 AP goes on to say “…authorities are drawing up a list of people the nurse had contact with, though he did not say how many people that might be, or where she went on holiday. She is married but does not have children…”

If Ebola is only spread through “direct contact with body fluids,” then how did this nurse contract it?

According to the U.S. Centers for Disease Control, Ebola only spreads via “direct contact” with body fluids from an infected patient. This explanation, however, is increasingly suspect.

“The virus that causes Ebola spreads only through direct contact with the bodily fluids of an infected person who is showing symptoms,” says Associated Press, parroting the current claims of the CDC.

But if this is true — and given the heightened sense of medical caution being practiced by nurses and doctors during this outbreak — then how did a member of this Spanish medical team get infected?

Surely this nurse wasn’t touching the Ebola victim’s drool or mucus with her bare hands. In fact, she was part of a medical team that was specially equipped to treat Ebola victims, as AP reports:

“Spanish authorities said they were investigating how the nurse became infected at a hospital with modern health care facilities and special equipment for handling cases of deadly viruses.”

The government, in other words, is baffled by this. Despite all the medical precautions and “modern health care facilities,” Ebola leapt from the victim to the nurse and successfully infected her, much to the surprise of health officials.

Tom Frieden, head of the CDC, currently claims that Ebola won’t be able to spread in the USA because of this country’s modern health care facilities.

This was not enough to prevent the transmission of Ebola in Spain, however, and it begs the reasonable question of why results would be any different in America than in Spain.

If “modern health care facilities” are the claimed defense against the spread of Ebola in first world countries, then this confirmed transmission in Spain contradicts that belief.

Is it time for the CDC and health professionals around the world to finally admit Ebola is spreading through indirect contact rather than direct contact?

8 Easy Steps to a Higher Vibration Previous post
The Food Waste Fiasco: You Have to See it to Believe it Next post