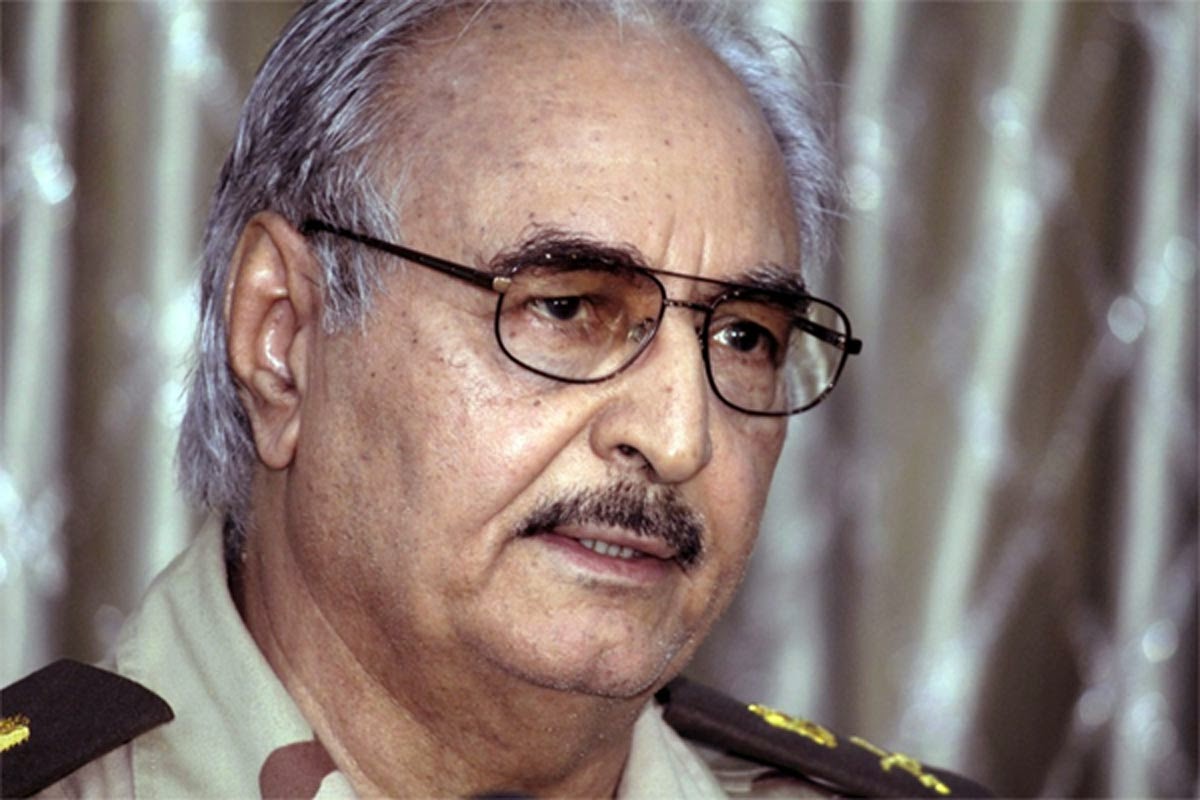 “Libya is considering a deployment of international force to re-establish security amid a flare-up of violence in Tripoli which saw dozens of rockets destroy most of the civilian aircraft fleet at its international airport.

‘The government is looking into the possibility of making an appeal for international forces on the ground to re-establish security and help the government impose its authority,’ a government spokesman, Ahmed Lamine said in a statement.”

The “democratic tomorrow” promised by NATO in 2011 has been realized – that is – in the form of predictably fraudulent elections accepted by no one, leaving a power vacuum apparently to be settled through increasingly violent armed conflict. 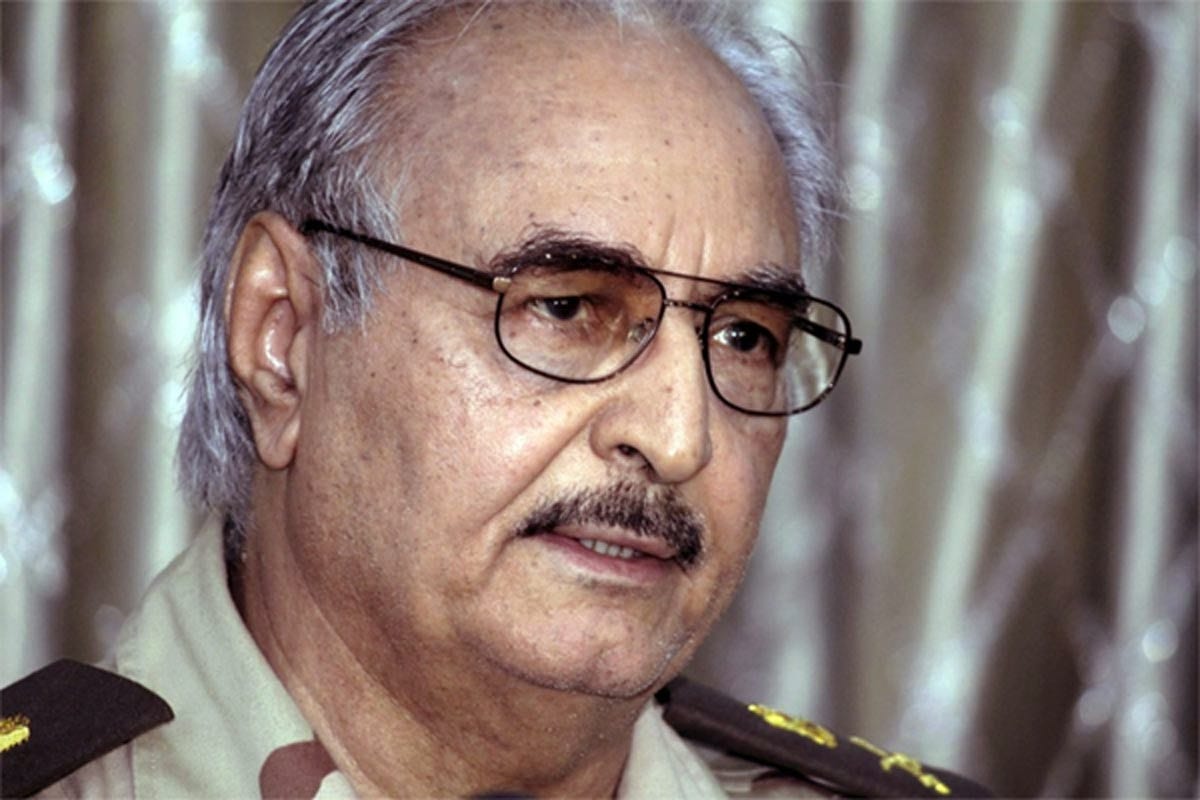 Perhaps most ironic of all is that these conflicts are being waged between NATO’s various armed proxies it used to carry out the ground war while it bombarded Libya from the air over the majority of 2011.

NATO’s Proxies Cannibalize Each Other

In May 2014, fighting in the eastern Libyan city of Benghazi has left scores dead, many more injured, and residents fleeing for their lives as what the Western media called a “renegade general,” waged war on “Islamist militants” within the city. Reuters in its article, “Families evacuate Benghazi as renegade general vows more attacks,” claimed:

“The self-declared Libyan National Army led by a renegade general told civilians on Saturday to leave parts of Benghazi before it launched a fresh attack on Islamist militants, a day after dozens were killed in the worst clashes in the city for months.”

The renegade general is Khalifa Haftar (sometimes spelled Hifter), who lived in the United States – outside of Langley Virginia – for years allegedly being groomed by the CIA until his eventual return to Libya in 2011 to lead ground forces in NATO’s proxy invasion.

The Business Insider would report in its 2011 article, “Is General Khalifa Hifter The CIA’s Man In Libya?,” that:

“Since coming to the United States in the early 1990s, Hifter lived in suburban Virginia outside Washington, D.C. Badr said he was unsure exactly what Hifter did to support himself, and that Hifter primarily focused on helping his large family.

“So a former Qaddafi general who switches sides is admitted to the United States, puts down roots in Virginia outside Washington, D.C. and then somehow supports his family in a manner that mystifies a fellow who has known Hifter his whole life. Hmm.

“The likelihood that Hifter was brought in to be some kind of asset is pretty high. Just as figures like Ahmed Chalabi were cultivated for a post-Saddam Iraq, Hifter may have played a similar role as American intelligence prepared for a chance in Libya.”

Regarding his campaign in Benghazi, Hafter claimed that it would continue until “Benghazi is purged of terrorists,” and that, “we’ve started this battle and will continue it until we have reached our goals. The street and the Libyan people are with us.”

Hafter’s sentiments echo those of Muammar Qaddafi in 2011, only then, the Western media denied the existence of terrorists that had been based in Benghazi for decades and portrayed Tripoli’s operations there as a “massacre” of “peaceful pro-democracy protesters.”

The very atrocities cited by NATO to begin their “humanitarian intervention” in Libya in the first place, immediately began unfolding in reality at the hands of NATO and its proxy forces themselves. Entire cities were encircled, starved out, and bombarded by air until they capitulated.

In other towns, entire populations were either exterminated, evicted and eventually driven beyond Libya’s borders. The city of Tawarga, home to some 10,000 Libyans, was so utterly uprooted, it was referred to by the London Telegraph as a “ghost town.”

Since the fall of Tripoli, Sirte, and other Libyan cities that resisted NATO’s proxy invasion, little in the way of basic stability, let alone the “democratic revolution” promised by NATO and its collaborators, has returned to Libya.

The government in Tripoli remains in chaos, its security forces divided amongst themselves, and now a “rogue” CIA asset is conducting a full-scale military operation against Benghazi, including the use military aircraft, apparently without Tripoli’s approval.

Years after the “revolution’s” conclusion, Libya remains a hobbled nation sliding backwards. The many achievements of Muammar Qaddafi’s government have long since been undone, and it is unlikely they will be restored let alone surpassed in the foreseeable future.

NATO has effectively upturned and destroyed an entire nation, leaving it to not only burn while Western corporations pillage its resources, but to use as a template for future extraterritorial adventures in Syria, Egypt, Ukraine, and now Iraq.

The very same non-governmental organizations (NGOs) are being used to fund, equip, and otherwise support opposition groups in each respective country.

Terms such as “democracy,” “progress,” “freedom,” and fighting against “dictatorship” are familiar themes. The protests were and are each accompanied by heavily armed militants also fully backed by the West.

In Syria, the pretense of protests has been dropped as has the notion of “freedom fighters.” The Western media now spends much of its time spinning and justifying why NATO and its regional partners are funding and arming sectarian militants, including Al Qaeda, in the overthrow of the Syrian government.

In Egypt, there is still some ambiguity, as there was in 2011 regarding Syria, as to who the protesters really are, what they really want, and on which side of the increasingly violent conflict playing out there the West falls.

Finally, in Ukraine, the “pro-democracy” “pro-European Union” “Euromaidan” protesters have been revealed as Neo-Nazis, ultra-right, and nationalists who regularly resort to violence and political intimidation.

Just as in Syria in 2011, and in Egypt now, low intensity armed clashes are increasing in frequency and intensity toward what may end up as a proxy war between NATO and Russia in Eastern Europe.

But for these three nations, and the participants on all sides, Libya’s current state must be examined.

These “revolutions” have but one logical and predictable conclusion – the plundering, division, and destruction of each respective nation, before it is folded into Wall Street and London’s growing supranational order to be exploited indefinitely as much of the US, UK, and EU already are today.

For those wondering what will become of Egypt, Syria, or Ukraine, should NATO succeed, one needs only to look at Libya. And for those that supported the “revolution” in Libya, they must ask themselves if they are they satisfied with its final outcome.

Do they wish this outcome upon Egypt, Syria, and Ukraine as well? Do they imagine that NATO’s plans for each of these countries will end any differently? Why?

Secret Project Created Weaponized Ebola in South Africa in the 1980s Previous post
Scientists: Earth’s Magnetic Field ‘Could Flip in the Space of 100 Years’ Next post