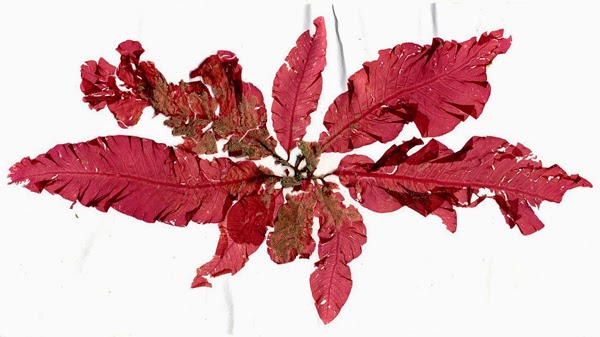 While researchers scramble to develop a jjab or monoclonal antibody against the Ebola virus – and continue to develop chemo treatments to stem HIV and Hepatitis-C while fearing SARS – nature has already provided a natural treatment.

Research has shown that a healthy strong immune system can allow a person to not only avoid contracting the disease – but become resistant to it as well.

For those of us who need help or extract assurance, red algae proves to provide a key antiviral. 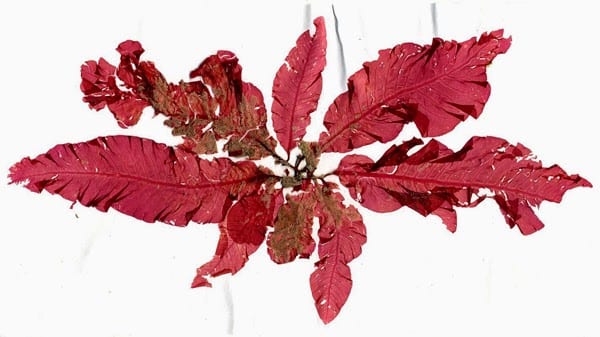 After the two 1996 Ebola outbreaks in Gabon Africa, medical scientists determined that about Ebola causes death among about 70 percent of those who contracted the virus.

This question led researchers from Gabon’s Franceville International Center of Medical Research to investigate. The questions ensued: Why don’t the other 30 percent die? How do 30 percent of those infected recover?

Furthermore, medical researchers found many instances where there were close contacts of those who became infected who never were infected at all. Even though they were in contact with the infected patient while the patient was symptomatic.

Note: An infected patient with Ebola must be symptomatic in order to be contagious – with fever and other flu-like symptoms. A person must also have direct mucosal or blood contact in order to become infected with the virus. This means a transfer of saliva, urine, semen or blood from one person to another.

Thus, when the researchers investigated “close contact” individuals, they focused upon those who had this sort of exposure.

The research found that nearly half of those who were asymptomatic and seemingly immune developed antibodies (IgM and IgG) to the Ebola virus.

This means these individuals certainly were intimately exposed to the virus, but simply naturally developed the immunity tools – including those discussed below – that prevented the infection from replicating out of control.

Furthermore, the asymptomatic group exhibited greater anti-inflammatory responses in general. They were found to have higher levels of circulating cytokines and chemokines – which speed up the body’s natural ability to break down the viral cells and stop their activity within the body.

“Asymptomatic individuals had a strong inflammatory response by high circulating concentrations of cytokines and chemokines.”

The particular mechanism with which the body naturally breaks down and prevents infection from lethal infections including Ebola, HIV, HCV and SARS has gradually emerged.

These include fungi, bacteria and even parasites, which utilize glycoprotein shells to protect themselves. But they also include viruses. Once the lectins attach to these shells, they will break apart the surface of the microbe and basically break them down, allowing the body’s other immune cells to kill off the microbe and prevent it from replicating.

Research over the past five years has found that low levels of mannose-binding lectins increases the risk of respiratory infections, including syncytial virus infections, pneumonia and others.

When it comes to virulent infections such as Ebola, Hepatitis C and HIV, however, these are different. These viruses come with glycoprotein shells that protect the virus from being broken down.

Furthermore, the glycoprotein shell of the Ebola virus produces glycoproteins that damage cells, allowing the virus to penetrate and replicate within the cell.

Mannose-binding lectins actually break down this shell and the glycoprotein matrix through a mechanism called the lectin pathway.

Humans that don’t produce enough of these mannose-binding lectins are not only more susceptible because they don’t have enough lectins, but they are typically also immunosuppressed with regard to the rest of their immune system.

One of the reason some humans don’t produce enough mannose-binding lectins is because of a slight genetic mutation, where the MBL2 gene is switched off. The reason for this mutation/switch-off has yet to be fully understood. (Guess – something to do with our toxic environment and/or nutritional deficiency.)

This brings us to the fun part. Yes, humans aren’t the only critters that produce mannose-binding lectins. Red algae also produce these profusely, which allow the algae to protect themselves from invasion by viruses.

The most promising form of mannose-binding lectins is a component of the Scytonema varium red algae called Scytovirin. The protein extract was isolated by researchers from the National Cancer Institute at Frederick, Maryland in 2003. The protein contains 95 amino acids, and was found to bind to HIV-1 viral shells.

A similar antiviral protein was found in Nostoc ellipsosporum – called Cyanovirin-N. Both of these antiviral proteins did similar things – they broke down the glycoprotein shells of HIV and HCV.

Yet another anti-viral extract was found from the New Zealand red alga species, Griffithsia sp. This protein is called Griffithsin, abbreviated with GRFT.

Multiple studies illustrated these effects. Research from the Center for Cancer Research in Frederick, Maryland found that Griffithsin not only stopped HIV-1 virus replication, but stopped cellular intrusion of the virus.

In 2010 Harvard researchers tested a recombinant version of Griffithsin – called rhMBL – against Ebola. Once again, they found the mannose-binding lectins were able to not only breakdown the viral shells of the Ebola, but when given to mice infected with Ebola, the mice became immune to the virus.

Yes, when the mice given the recombinant mannose-binding lectins were rechallenged with the Ebola virus, they were found to be immune to the Ebola virus.

Since that study other research has tested other animals with Griffithsin, with similar results.

Recombinant Griffithsin Produced in Nicotiana Benthamiana Plants
As modern medical researchers continually strive for isolated and synthesized versions of nature able to be patented, recombinant versions of Griffithsin were eventually produced using Nicotiana benthamiana plants (a relative of the tobacco plant). These plants were genetically modified so they would produce the same mannose-binding lectins.

This form of Griffithsin was tested on mice and guinea pigs infected with HIV-1, with successful antiviral results.

This was also found when testing the recombinant Griffithsin on Ebola-infected mice. In all the studies, the Griffithsin was found to be safe and tolerated.

As to whether red algae can be taken in natural form to increase immunity, there is no doubt this is the case. Prior to this antiviral research that has spiraled into biopharm research, red algae had been shown to have antiviral and anticancer effects.

So the most logical answer is “yes” – certainly consuming red algae in supplement form has been found to boost antiviral immunity, and from the available research, blood levels of mannose-binding lectins. This should in turn boost immunity and create a natural method of preventing and even treating viral infections such as Ebola, SARS, HIV and Hepatitis-C.

Of course, this strategy should be used with other natural immunity-boosting strategies.

Consult with your health professional if you are sick.

Case Adams is a California Naturopath and holds a Ph.D. in Natural Health Sciences. His focus is upon science-based natural health solutions. He is the author of 25 books on natural health and numerous print and internet articles. His articles and books can be found on plantmedicines.org and Healing Naturally – and many of his books are available for immediate download on GreenMedinfo’s book library.