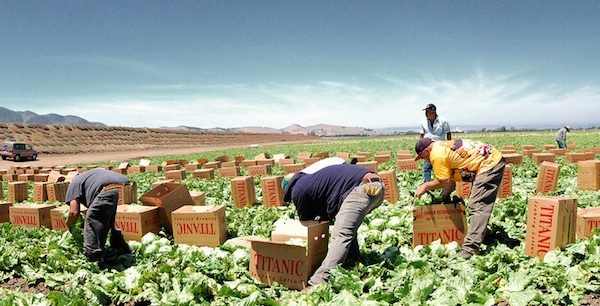 Slavery Still Exists in the US, You Just Can’t See it

Prior to the Civil War and the ratification of the Thirteenth Amendment, slavery was a very common and accepted aspect of American society. Indeed, slavery was practiced unabashedly for hundreds of years.

During this period, it would not have been uncommon to encounter slaves working openly on farms and plantations in many parts of the country. Anyone who’s vaguely familiar with the history of the United States is aware of this fact.

In 1865, however, the Thirteenth Amendment abolished slavery, making it completely illegal. Yet, slavery is still alive and well in America today, only it’s not as obvious. 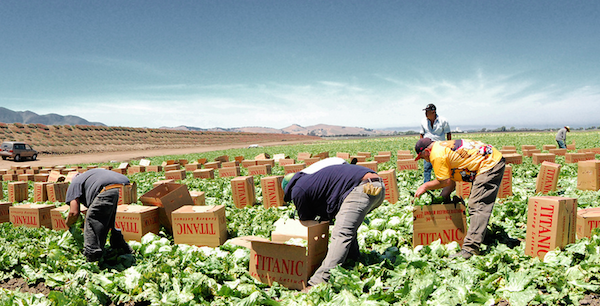 Human trafficking is a global problem, and the US is not immune to its effects. As the FBI puts it:

“It’s sad but true: here in this country, people are being bought, sold, and smuggled like modern-day slaves.”

Indeed, victims of human trafficking are forced to do abhorrent work in deplorable environments. They are subjected to beatings and starvation. Many find themselves working as sex slaves.

What’s more, this disgusting crime against humanity provides a steady source of income for organized crime groups and terrorists around the world.

To put this into context, here are some key figures:

When the issue of human trafficking is discussed by law enforcement or the media, prostitution and sexual slavery are often the primary focus.

It’s true that sex trafficking is a huge problem, but it often overshadows another horrendous consequence of human trafficking: forced labor.

There are thousands of immigrants working as forced laborers in the US, and many of them actually entered the country legally.

They come here believing that they have found a lucrative job and an opportunity to obtain a green card. In reality, they have been lied to and end up getting trapped and forced to work with no pay.

This is a form of modern-day slavery, and it’s occurring right under our noses.

Ima Matul is from the Phillipines, and in 1997, she fell victim to labor trafficking in the US. When she was 17 years old, she was offered a job as a nanny in America and she jumped at the opportunity.

Consequently, she ended up being enslaved for three years.When she arrived, her traffickers immediately seized her passport, making it impossible for her to leave. According to Matul, her captor often threatened her, which is a large part of the reason she didn’t attempt to leave:

“She was threatening me, saying that if I ran away, the police would arrest me because I didn’t have my passport, and that I’d be thrown in jail where I’d be raped.”

Thus, she worked with no pay, seven days a week. When she finally learned English, she wrote a letter to a nanny at a nearby house asking for help. Fortunately, she gained her freedom.

Her story is very representative of what happens to the majority of labor trafficking victims.

Victims Pay to Come to the US, Enter Legally And End Up Forced Into Slavery

A new Urban Institute–Northeastern University study offers an intimate analysis of this issue, highlighting 122 individual cases. According to the report, “labor traffickers use violence, threats, and lies to force people to work against their will.”

Here’s what happens: Victims are baited with the promise of a good job. When they arrive, their travel documents are seized. Even if they have a visa, their captors hold the documents until they expire, and then threaten to have them deported to keep them in fear.

Most labor trafficking victims find themselves doing domestic work, but a large number are also working in agriculture. 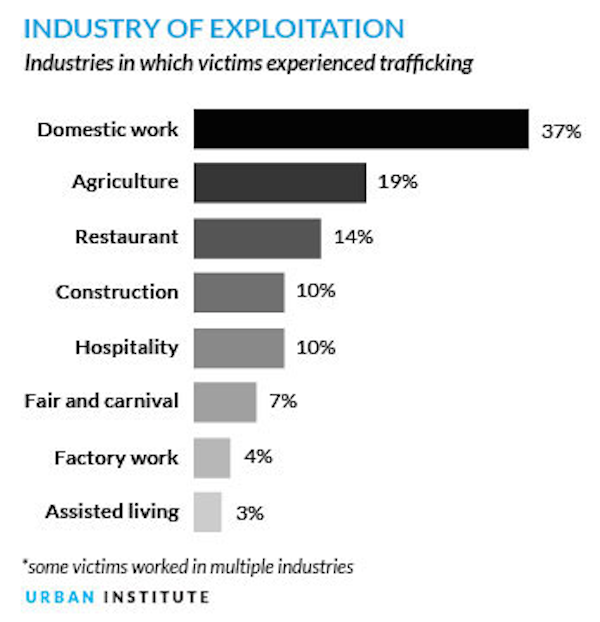 Furthermore, many victims pay a “recruitment fee” to their captors prior to traveling to the US. On average, this fee comes to $6,150.

Most of these people are coming from extremely poor countries. Giving away that kind of money means putting their families in immense debt, or perhaps even bankruptcy.

What’s more, it’s evident that law enforcement does little to address this issue. This is partially because it’s very difficult to prove that someone’s actively engaged in labor trafficking. Yet, as Dara Lind notes for Vox on this subject:

“Law-enforcement officials are pretty skeptical of ‘illegal’ immigrants who claim to have been victimized. When police get called to traffickers’ houses or workplaces, for example, they often trust traffickers over victims.

“In one case, a farmer shot at a trafficked farmworker who was trying to escape. When the police came, they arrested the farmworker for being an unauthorized immigrant.”

In essence, labor traffickers are disgusting individuals who enslave helpless immigrants through fear and coercion. Moreover, they are getting away with it the majority of the time.

Sex trafficking is terrible, but one positive is that most people are aware of it. This means that it’s more likely to get addressed. Labor trafficking does not enjoy the same amount of press, even though it’s also a massive problem.

Simply put, in order for this to stop, this issue needs continued exposure.