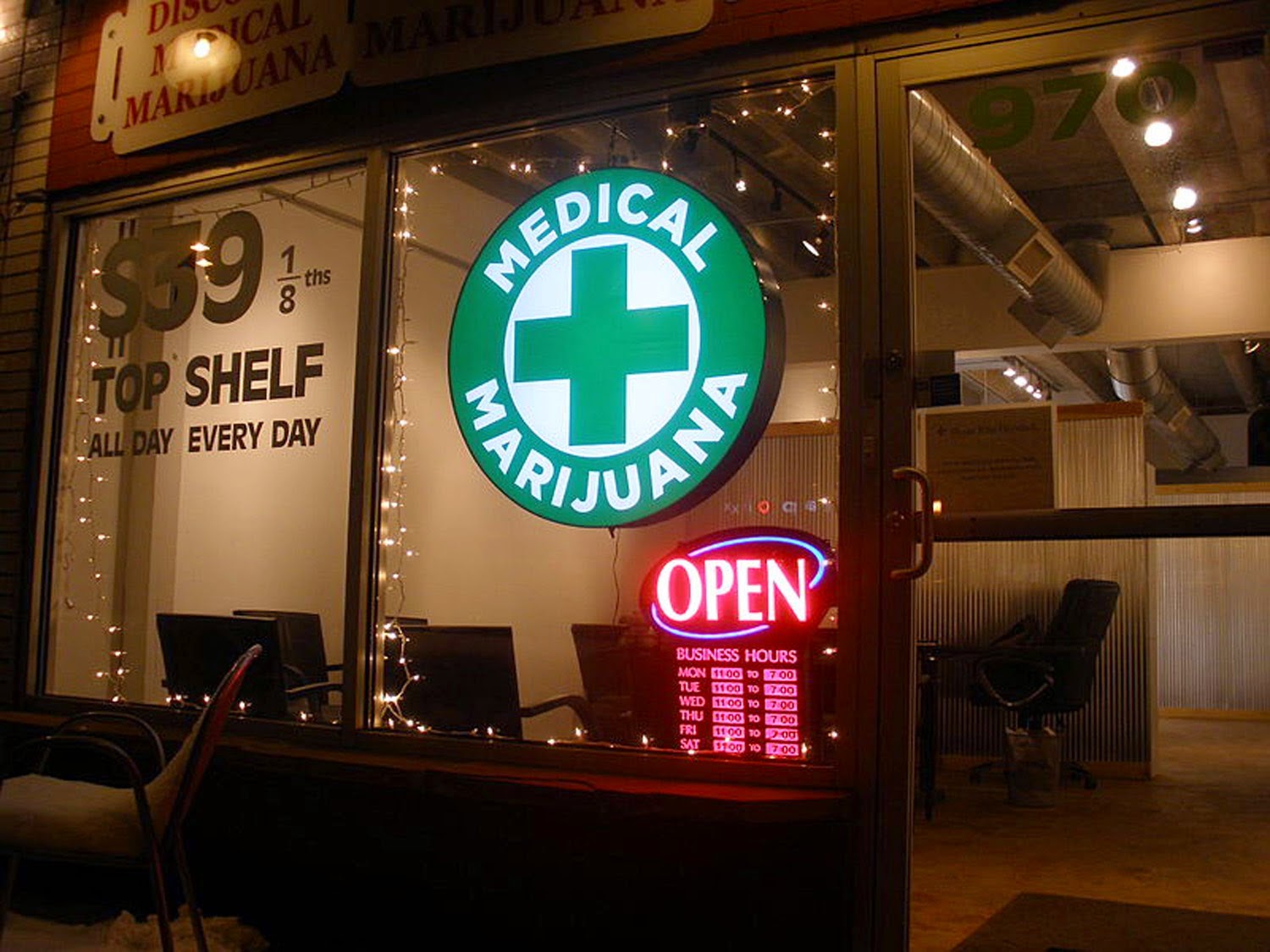 I didn’t trust the process when it first appeared, so I opted out and have been avoiding it ever since. Even when those around me, including my best friend embraced it; I kept my distance.

For over five years I’ve refused to climb on the bandwagon; but recently the universal law of three caught up to me, and I finally went to get my medical marijuana card.

Within less than two weeks, three different sources encouraged me to get the card, including my new primary care physician at the VA. Yup, the universe was speaking to me in no uncertain terms; time to change.

It isn’t that I thought the whole idea was wrong or anything, just the opposite; I’ve been a supporter of legalized marijuana for years, but I don’t feel like the government has any right to register me as a cannabis user, (considering how well that went for native Americans!) 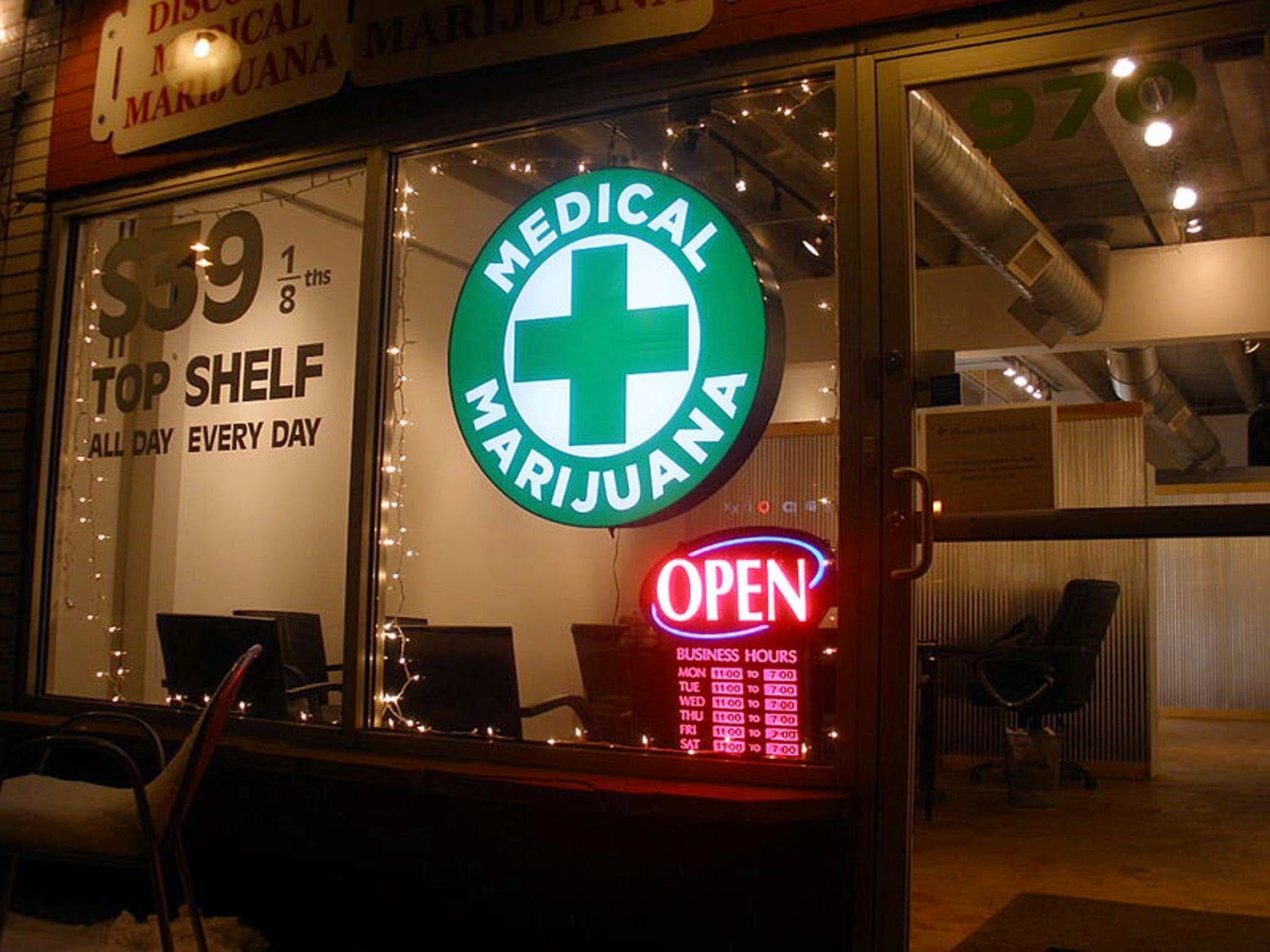 If I sound like a dinosaur it’s because I’ve been smoking the weed for almost fifty years, and for the majority of that time doing so illegally. Not only did many of America’s founding fathers grow hemp, for a time it citizens were required to grow hemp.

You see, over the years the U.S. government has had a love/hate relationship with hemp; they want to tie up the ships without turning on the troops.

Cannabis has long been hailed as a medicinal healing herb, in fact the Sears catalog of 1853 carried several cannabis based medicines you could order. In 1937 the Marijuana Tax Act essentially made using the weed legal, if you had the right paperwork.

This continued till 1969 when it was thrown out because it violated the fifth amendment.  During WWII; American farmers received draft deferments for themselves and their sons; if they grew hemp. Henry Ford once designed and made a car out of hemp.  It was 30% lighter and 10 times as strong as steel.

It was never produced because of pressure from the competition, who couldn’t compete with it. For very similar reasoning, the AMA has led the charge against legalizing marijuana, despite evidence that hemp cures cancer.

The pharmaceutical industry isn’t interested in a cure for cancer because their profits come from selling treatment, not cures. 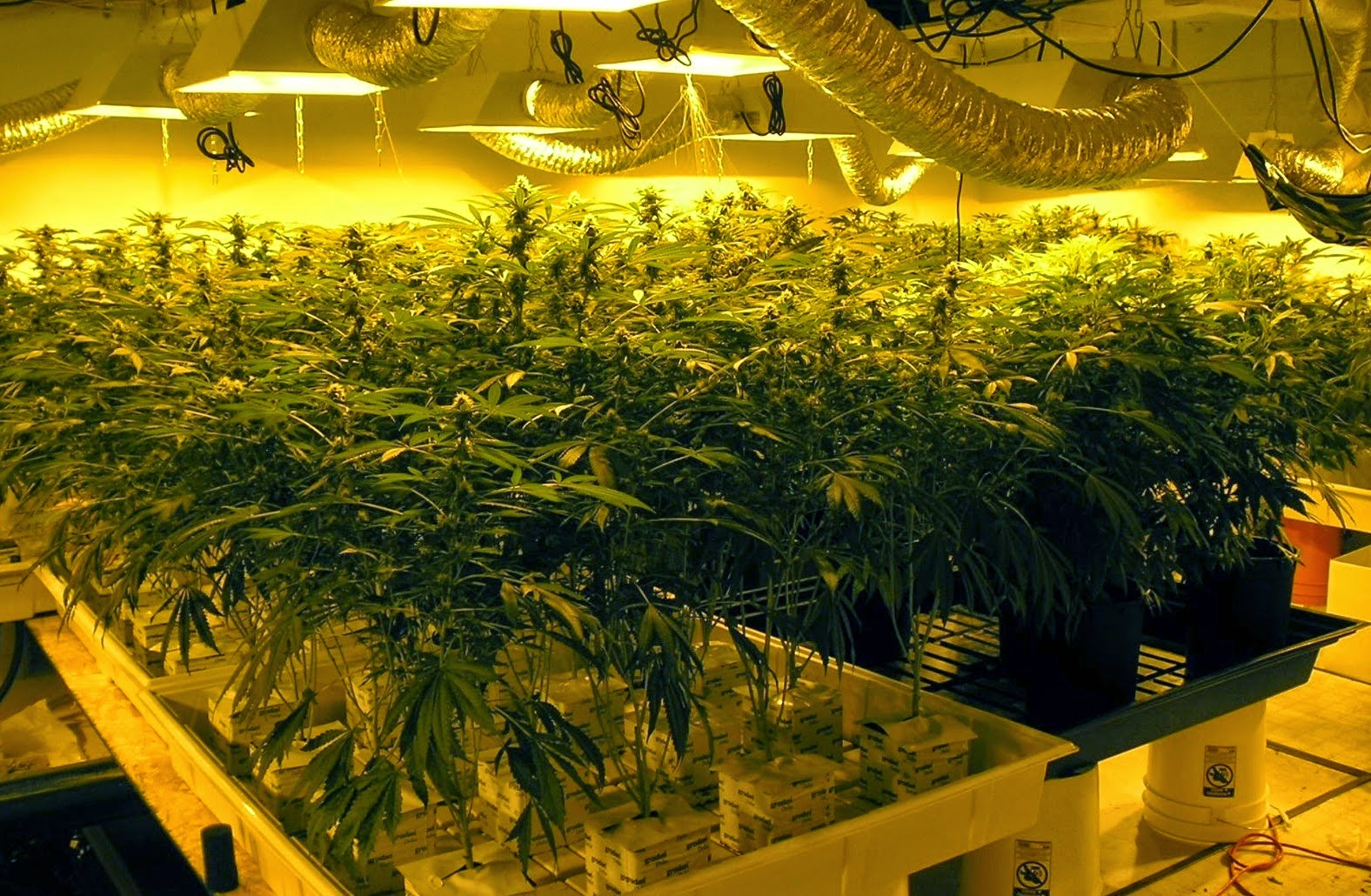 There is of course the nobility of smoking marijuana despite it being illegal; as a way to push back against the matrix; but let me just tell you how quickly that wears off and it becomes a constant hassle to avoid legal entanglements.

I always figured that I’d get my medical marijuana card at some point… when it became a necessity.

I haven’t needed to have my card until recently due to my connection with a local grow op, which caters exclusively to the dispensaries and clubs. In return for my help with getting the crop harvested, and security; I got my medical marijuana at a nice discount before it ever got to the retail outlet.

After two years of law enforcement harassment; and defending against crop robbers breaking in, my friend gave up and shut down the grow op a few months ago.

Several other local grow ops have closed for the same reasons; the underworld is getting more dangerous all the time. Another good reason to go legal! 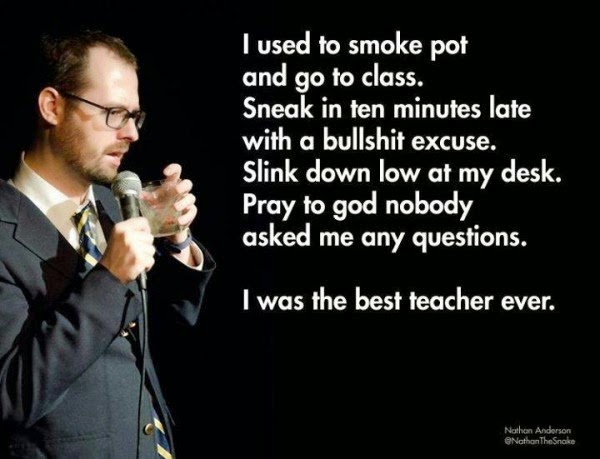 My interview with the pot doctor was as thorough and professional as I expected. Eighty bucks and 20 minutes later I was walking into a marijuana dispensary for the first time, all nice and legal.

Many of my friends have described various “pot clubs” to me but even that doesn’t prepare one for the real thing. As a rogue marijuana user I would have to be good friends with at least 20 dealers to have anywhere close to the array and variety of products available at even a modest dispensary.

Most will have a printed menu of their offerings for smoking or vaporizing; as well as a mind boggling selection of marijuana edibles. Some dispensaries have “vapor rooms” where one may sample the wares prior to purchase.

The phrase “Kid in a candy store” comes to mind. Since growing your own is part of being legal, some dispensaries also offer cuttings, and starter plants, as well as seeds.

One stop shopping. On the drive home from the day’s adventures, with a nice assortment of marijuana products in the car; there was the unmistakable feeling of something being missing… oh yeah, the apprehension of being busted for carrying weed!

It really is a stay out of jail free card! Upon stopping at my friends place, he discovered that one of the items he’d purchased didn’t make it into his bag. No worries!

Just call the place up with receipt in hand, and the problem is solved. Try that with your underground drug dealer! And yes, getting a receipt for my weed is a very strange experience, but one I’ll get used to quickly enough.

The really hilarious side to all this, is even though the mainstream is embracing legalized marijuana, they still want to change all the street lingo to more antiseptic & politically correct terms.

Some folks get downright puffy about using only approved terminology within the establishment of a “club.” You ought not call it Marijuana any longer, the correct term is now Cannabis; likewise weed, bud, & dope is magically transformed to medicine!

It isn’t a “pot club” but rather a cannabis collective, or dispensary, and you aren’t buying from a dealer but rather donating to a provider/vendor. Hash is now properly referred to as concentrated cannabis in polite society and when you take your medicine you aren’t stoned, baked or fried; your medicated & relaxed.

Don’t be requesting Dank, Chronic or Phatt when what you really mean is High Grade Medicine, and remember employees are now volunteers and instead of a manager, the place has a spokesperson. If you can keep all that straight you should be fine. 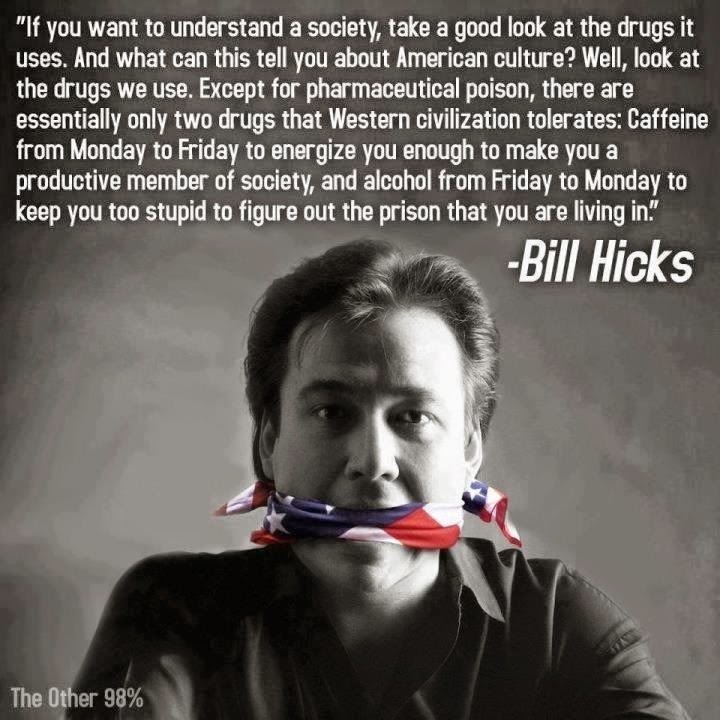 Now that more states are legalizing marijuana, and dispensaries are popping up everywhere, those businesses must be competitive to stay in business; and because of this the dispensaries are becoming better and better every month.

I will admit to laughing a bit when the news came out of Colorado recently about folks having trouble with the marijuana edibles; the chocolates, cookies & brownies.

Some users thought they’d been slipped something like LSD, while others reported they thought they were dying! Somebody should have told those folks what they were getting into and to go easy at first with any of the edibles, because when eaten marijuana is like five times more potent than if smoked.

Some of us have known this for a while now; and it certainly wouldn’t be funny if an unsuspecting child ate an entire medicated candy bar, so, show some responsibility and keep all edible marijuana products away from children of all ages!

I must say that Friday’s trip to the pot club made Sunday’s 49er game more enjoyable to watch. Not only were they up against the very quarterback they just traded away, but ya just gotta appreciate a running back named Gore going up against a defensive center named Kilgore.

Then there’s the running back named Carrier and the fact that the shadow of the NFL flying camera looks just like a giant ass insect buzzing the players!

Reminds me of something someone once said about fighting in the Vietnam war:

“When flying men kill elephants for sport people are just naturally going want to get stoned.”

Like many people of my generation, I began smoking marijuana because it seemed a sane response to an increasingly insane world. Half a century later I am still smoking it for all the same reasons, as well as a few new ones.

Not only does marijuana help me cope with nightmares & memories from Vietnam; it also relieves some symptoms of other health issues folks my age generally have. 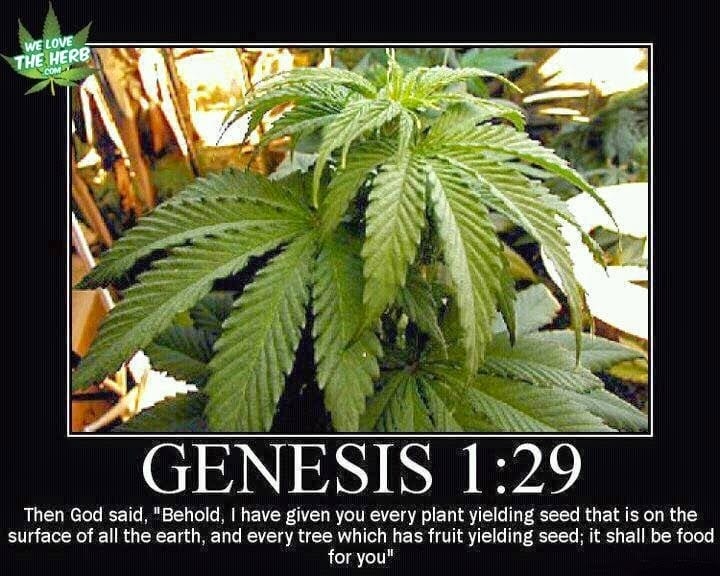 Cannabis contains over 80 active compounds known as cannabinoids; the two most important are the THC, and CBD types. THC is the main psychoactive euphoric ingredient in cannabis.

Medical effects include relief of pain, depression and nausea. The CBD cannabinoid compound by itself lacks the noticeable effect of “getting high” yet is very good for treating inflammation, muscle spasms, insomnia and anxiety, as well as a wide range of other illnesses.

We are learning important things about marijuana that weren’t known even ten years ago, which perhaps is why it has been called the miracle plant.

The legalization of marijuana is possibly the most progressive and enlightened thing modern society has attempted, and is long overdue, if not too late.

Getting the card and going legal is by no means an indication I believe the current social system & government will survive; but rather an indication I want access to the very best pot products available until everything goes mad max on us. Now all I have to do is get the VA to pay for all my new medicine.