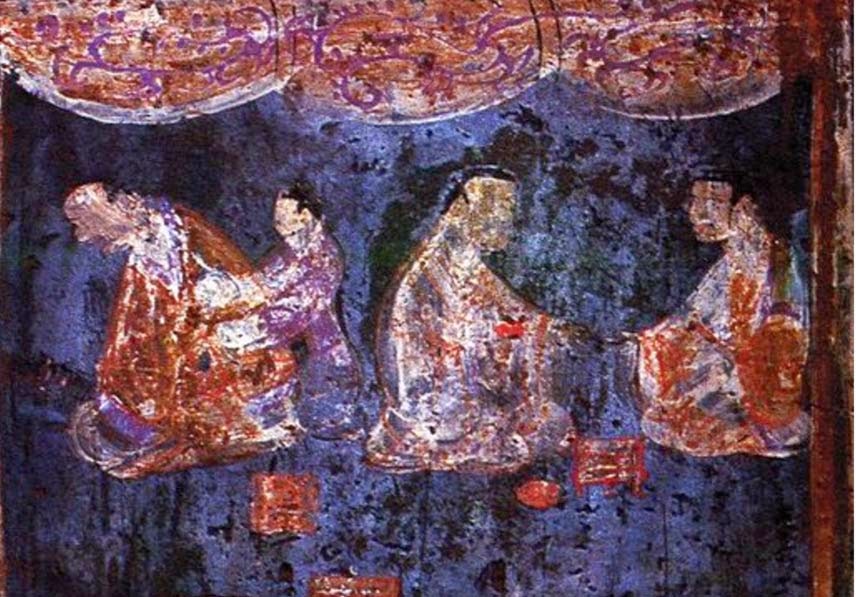 Han purple is an artificial pigment created by the Chinese over 2,500 years ago, which was used in wall paintings and to decorate the famous terracotta warriors, as well as ceramics, metal ware, and jewelry.

The pigment is a technological wonder, made through a complex process of grinding up raw materials in precise proportions and heating to incredible temperatures.

So intricate was the process, that it was not reconstructed again until 1992, when chemists were finally able to identify its composition. But this was just the beginning.

According to a news report on io9.com, research since then has discovered amazing properties of Han purple, including the ability to emit powerful rays of light in the near-infrared range, as well as being able to collapse three dimensions down to two under the right conditions. 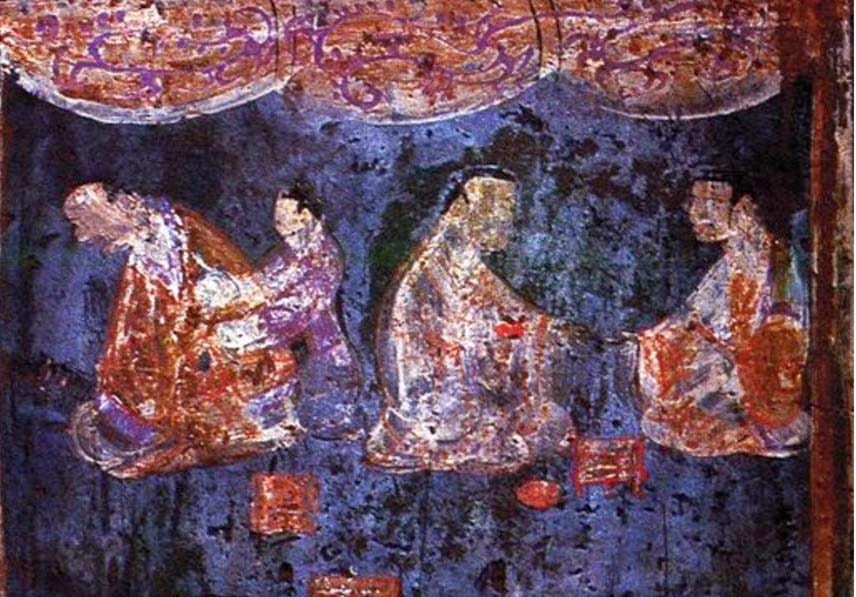 The production of Han purple, otherwise known as Chinese purple, dates back as far as 800 BC, however it appears that it was not used in art until the Qin and Han dynasties (221 BC – 220 AD), when it was applied to the world famous terracotta warriors, as well as ceramics and other items.

“Prior to the nineteenth century, when modern production methods made synthetic pigments common, there were only hugely expensive purple dyes, a couple of uncommon purplish minerals, and mixtures of red and blue, but no true purple pigment – except during a few hundred years in ancient China,” writes Samir S. Patel in ‘Purple Reign: How ancient Chinese chemists added color to the Emperor’s army’.

For an unknown reason, Han purple disappeared entirely from use after 220 AD, and was never seen again until its rediscovery by modern chemists in the 1990s. 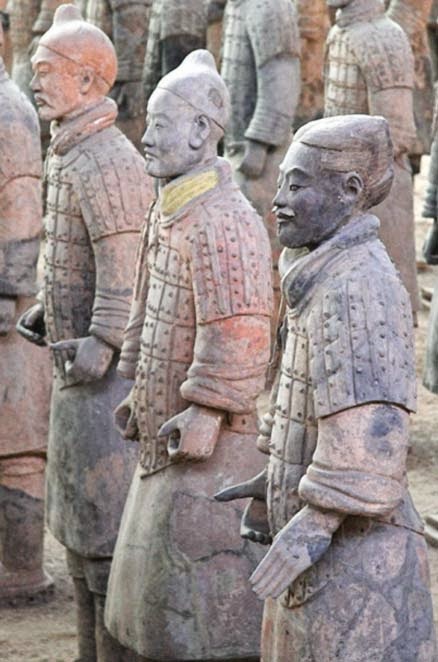 Traces of Han purple can still be seen on many of the terracotta warriors (realhistoryww.com)

The Synthesis of Han Purple

Unlike natural dyes, such as Tyrian purple (from c. 1500 BC), which are organic compounds and typically made from plants or animals, like the murex snail, Han purple was a synthetic pigment made from inorganic materials.

Only two other man-made blue or purple pigments are known to have existed in the ancient world – Maya blue (from c. 800 AD), made from a heated mixture of indigo and white clay, and Egyptian blue, which was used throughout the Mediterranean and the Near and Middle East from 3,600 BC to the end of the Roman Empire.

Scientist Elisabeth FitzHugh, a conservator at the Smithsonian, was the first to identify the complex synthetic compound that makes up Han purple – barium copper silicate, a compound that differs from Egyptian blue only through its use of barium instead of calcium. 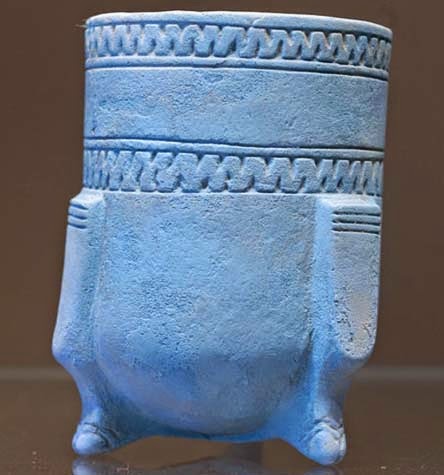 “Egyptian blue” tripodic beaker (Wikimedia). The composition of Han purple differs from Egyptian blue only in the use of barium instead of calcium.

The similarities between Han purple and Egyptian blue led some early researchers to conclude that the Chinese may have learned to make the pigment from the Egyptians. However, this theory has been largely discounted as Egyptian blue was not found further East than Persia.

“There is no clear reason why the Chinese, if they had learned the Egyptian formula, would have replaced calcium with barium, which necessitates increasing the firing temperature by 100 degrees or more,” writes Patel.

So how exactly did the Chinese stumble upon the intricate formula to make Han purple, which involved combining silica (sand) with copper and barium in precise proportions and heating to about 850-1000 °C?

A team of Stanford physicists published a paper in the Journal of Archaeological Science (summary here), which proposes that Han purple was a by-product of the glass-making process, as both glass and the purple pigment contain silica and barium.

Io9.com writes that barium makes glass shinier and cloudy, which means this pigment could be the work of early alchemists trying to synthesize white jade.

Since its composition was first discovered, scientists have continued to investigate this unique pigment. Researchers at the British Museum discovered that, when exposed to a simple LED flashlight, Han purple emits powerful rays of light in the near-infrared range.

According to their study, published in the journal Analytical and Bioanalytical Chemistry, the Han purple pigments show up with startling clarity under the right conditions, meaning that even faint traces of the color, which are invisible to the naked eye, can be seen with infrared sensors.

Han Purple and the collapsing of dimensions

The fluorescent properties of Han purple were not the only surprise. Quantum physicists from Stanford, Los Alamos National Laboratory and the Institute for Solid State Physics (University of Tokyo) reported that when Han purple is exposed to extreme cold and a high magnetic field, the chemical structure of the pigment enters a new state called the quantum critical point, in which three-dimension material ‘loses’ a dimension.

“We have shown, for the first time, that the collective behavior in a bulk three-dimensional material can actually occur in just two dimensions,” Ian Fisher, an assistant professor of applied physics at Stanford said in the Stanford Report.

“Low dimensionality is a key ingredient in many exotic theories that purport to account for various poorly understood phenomena, including high-temperature superconductivity, but until now there were no clear examples of ‘dimensional reduction’ in real materials.”

The scientists have proposed that this effect is due to the fact that the components of  barium copper silicate are arranged like layers of tiles, so they don’t stack up neatly. Each layers’ tiles are slightly out of sync with the layer below them. This may frustrate the wave and force it to go two dimensional.

The researchers have said the discovery may help understand the required properties of new materials, including more exotic superconductors. 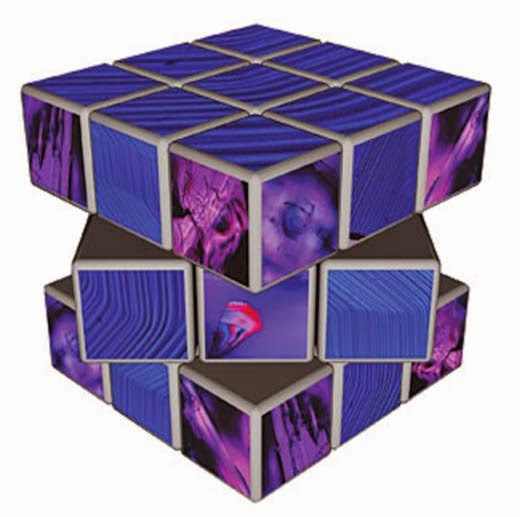 The strange collapsing of dimensions may be due to the mismatched layers of its components. (John D. Griffin, Michael W. Davidson, Sara Vetteth and Suchitra E. Sebastian, Stanford)

“Han Purple was first synthesized over 2,500 years ago, but we have only recently discovered how exotic its magnetic behavior is. It makes you wonder what other materials are out there that we haven’t yet even begun to explore.”