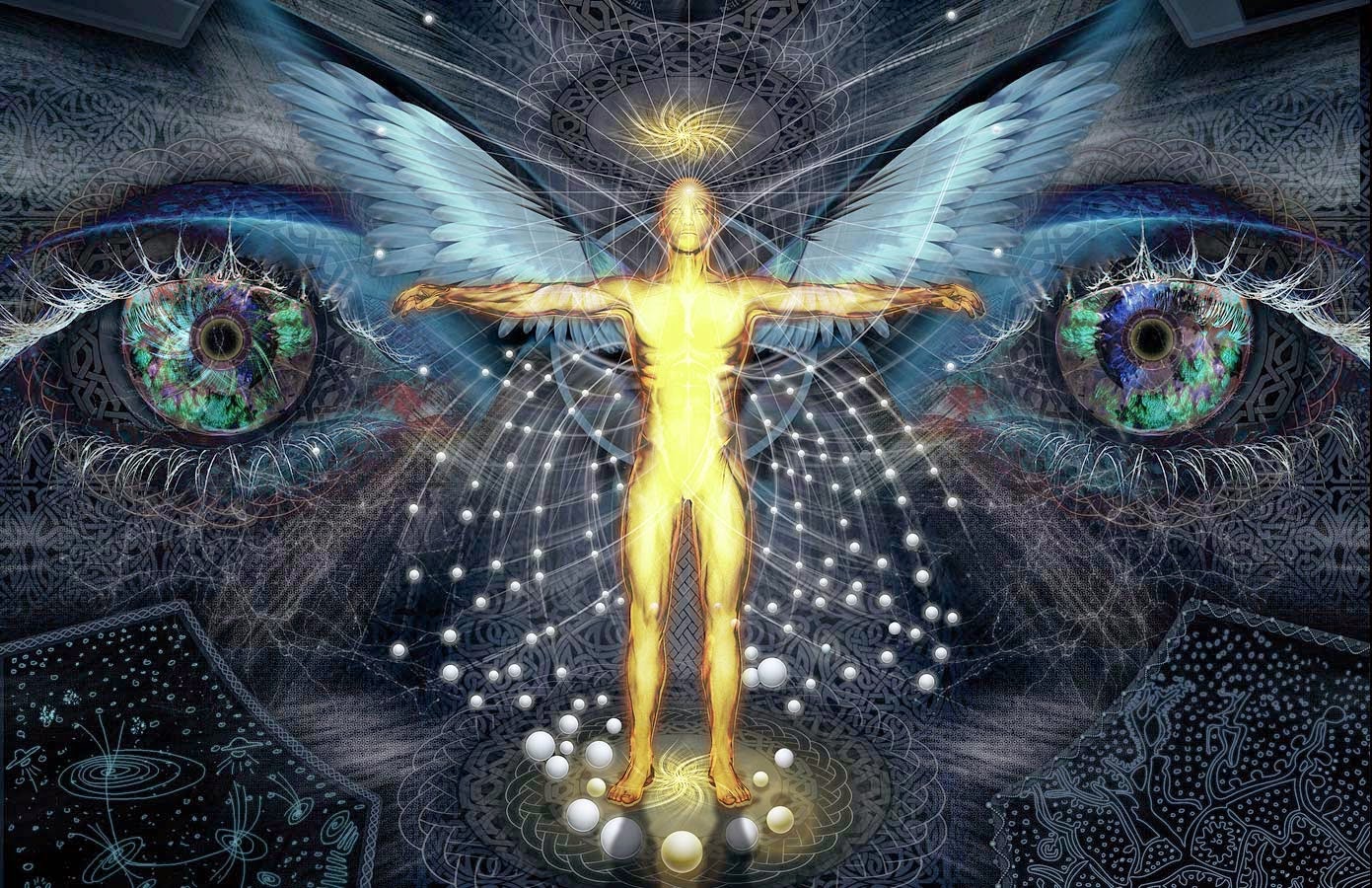 Awareness in the 5th Dimension

It was not too long ago that scientists spoke about space and time as two separate things. The contributions of Einstein in the first part of the last century changed that. Increasingly since then, space and time have been referred to by physicists as the ‘space-time continuum’.

Whereas space, prior to this, was considered to have three dimensions, Einstein’s contribution gave rise to a four-dimensional concept that included time1.

This continuum was likened by Einstein and later by others to a sheet of rubber that can expand and contract, curl or lie flat, affected by the displacement of matter in a way that science is still coming to understand.

The nature of space and time or ‘space-time’ is still in a stage of theoretical unfoldment, yet even now, almost a century after Einstein’s revolutionary presentation of the new theory, most people still have difficulty picturing physical reality as four-dimensional, and a five-dimensional reality seems even further away. 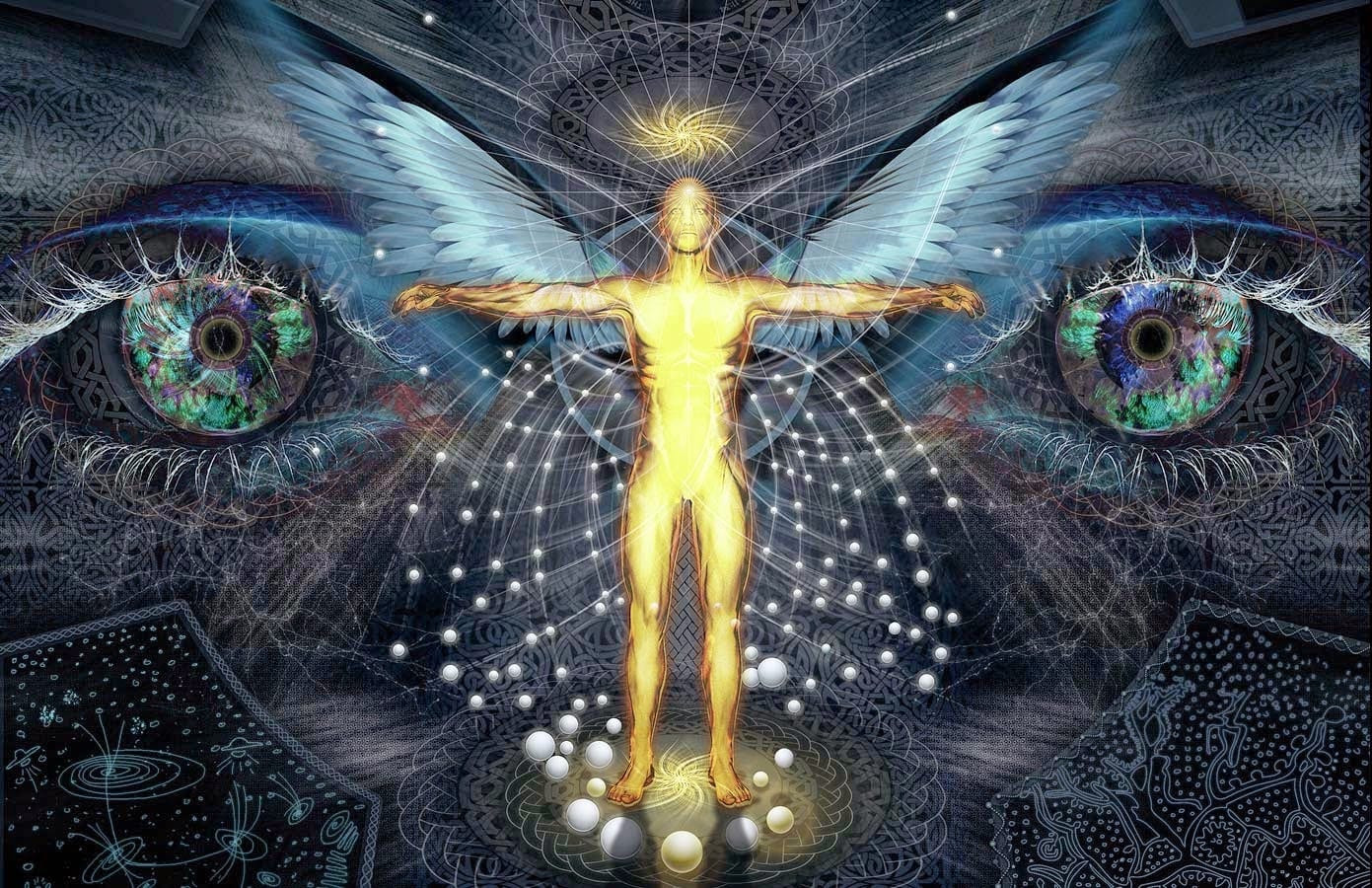 As an abstract concept, the ‘space-time continuum’ is more of a mathematical idea than an image – one that does not readily lend itself to easy contemplation, especially when we try to picture ourselves as living within it. For this reason, it is helpful to seek the support of metaphor as we try to do so.

If we picture this layer as containing all the physical universe that we presently know, we will come closer to imagining what most of us conceive of as three-dimensional space, for this space has boundaries of perception that we cannot exceed as three-dimensional beings, except as our evolving consciousness allows us to.

If we take this bounded layer of the physical and shift from picturing an interior layer of a rubber sheet to, instead, picturing the interior of a sphere, or better yet, of a doughnut that contains a world of small people running around inside, we will have a closer approximation of what three-dimensional space might feel like to someone inside the doughnut, and what this same space might look like to someone outside the doughnut.

This is not a real boundary, but a boundary of perception. However, since this is the only world that the inhabitants of the doughnut know, they perceive themselves to be free to move in all directions.

They do not perceive the boundary. From the perspective of someone outside the doughnut, however, life inside the doughnut can be perceived as a doughnut-shaped layer of reality – the inhabitants sealed within that layer, unaware that there is anything beyond it.

To carry the metaphor further, let us picture that inside the doughnut there are three dimensions of space and one dimension of time within which we freely move, thinking that this is all there is.

Each of the doughnut-shaped layers is contained within a higher-dimensional, more inclusive layer. Each layer penetrates the layers within it yet is not perceived as doing so, since to the inhabitants of the three–dimensional doughnut, the three-dimensional-space is all that can normally be seen and felt.

In trying to expand our awareness to this multi–dimensional space in which we actually live, most of us are able to return to early learning, remembering how one, two, and three dimensions operate.

To try to imagine five-dimensional space from this three-dimensional perspective is generally not possible. The fifth dimension or layer of Creation is not spatial nor is it temporal.

Rather, it is a dimension that brings space-time into relationship with the timeless and eternal. Fifth-dimensional ‘space’ and the awareness that accompanies it creates a movement of consciousness rather than a movement on the physical plane. This movement allows us to begin to perceive the unity of life and matter because we are moving within a higher plane.

And just as we would if we physically ascended a mountain, as we move into higher dimensions, we have access to a broader view of what reality really is. Within this broader view, things are not as separate as they are within three-dimensional reality. The one who is ‘me’ and the one who is ‘you’ are not so far apart, in fact, they may not be apart at all.

To understand movement within a ‘plane of consciousness’, think of dreaming. In dreams, we can do things that are not normally possible in physical life. We can see the same thing from different perspectives.

We can be two places at the same time. We can move in ways that are not possible in three-dimensional space, and time itself often has an altogether different quality. Dreaming gives us an illustration of what a ‘movement in consciousness’ might be like.

Multi-dimensional space, like dreaming, is a ‘consciousness-space’ – one which we, for the most part, are not accustomed to, unless we have had non-ordinary experiences which have taken us into these other realms. Dreaming, for most, is the closest approximation.

The Kabbalah and its Tree of Life, the ten Sephiroth,2,3 can be a spiritual guide for us within this multi-dimensional space, as can other holistic models of the universe4 and of Creation which serve the same purpose.

Although the Sephiroth do not correspond exactly to dimensions, they do describe a model of the spiritual-physical universe in which Light and energy descend progressively from the Godhead into the world of matter. In doing so, they create pathways through which forces of Creation emanating from the Godhead can direct energy toward lower states of expression and manifestation.

The route or passage of this energetic descent results in the divinization5 and layering of the spiritual-physical universe into gradations of spiritual energy and Light.

We, in our three or four-dimensional doughnut are at the lowest end of the spectrum of Light and energy. We have lived within this frame of reference so long that we are accustomed to thinking that it is all there is.

But it is not all there is. We have access in our consciousness to all that is ‘above’, for what is ‘above’ is also within. The metaphoric doughnut-layers containing higher-order dimensionality penetrate the layer we exist in at all times.

Similarly, the emanations of Divine light coming from the Godhead penetrate every layer of Creation and infuse our life without our knowing it.

And whether there are ten layers as the Kabbalah indicates and as String Theory suggests, or a different number of layers (dimensions) as other theories would have us believe, we, in any case, are evolving in consciousness along with the earth into a greater capacity to experience what has previously been inaccessible to our awareness.

This loss of separateness takes place in the presence of expanding light and creates an experience of the Divine within all  – a perspective in which distinctions between self and other, between matter and spirit, and even between life and death can fade into the background.

Within fifth-dimensional awareness, individualized consciousness still remains, but the sense of estrangement and isolation from life does not.

Linked with this shift in awareness is a movement away from exclusive reliance on our mind and five senses to define reality, toward a new awareness of infused Light linking all within a vibration of love.

It is the physical senses and their biological structure which have supported and made possible the perception of subject and object, self and other.

Fifth-dimensional consciousness is already present for some, and there are many others who are awakening to it even now while the greater shift has not yet occurred. Yet for most, the sense of separation between ‘me’ and ‘you’ and the need to protect ‘me’ from ‘you’ still predominates in an atmosphere where the experience of unity has not yet directly been felt.

Fifth-dimensional awareness will change this situation and the morality that accompanies it. When all is seen to be connected with all, then a morality that is based not on self-preservation but on concern for the welfare of the whole will prevail.

When there is no difference between ‘your’ interest and ‘my’ interest, then the foundation for peace can be laid within each individual consciousness.

The advent of this shift has already arrived, creating a foreshadowing of a way of being on the planet that is based in love, not self-protection – one that seeks to serve the good of all, rather than the desires of self.

Such a movement has God at the center by whatever name God is called, for the movement itself does not belong to any nation, religious tradition, or group.