New Study Confirms: Our Universe is a Hologram

Are we living in a hologram? Energy fields are decoded by our brains into a 3D picture, to give the illusion of a physical world.

Despite its apparent materiality, the universe is a kind of 3-D projection and is ultimately no more real than a hologram. And some recent scientific discoveries support the conclusion that the universe is one big holographic projection.

The building blocks of reality are behaving in ways which are inexplicable and can only make sense if we think of the universe in terms of a holographic field, not an empty container filled with objects.
A recent study published in Nature suggests that the universe may be one big projection, according to their simulations. As the paper states:

In 1997, theoretical physicist Juan Maldacena proposed [1] that an audacious model of the Universe in which gravity arises from infinitesimally thin, vibrating strings could be reinterpreted in terms of well-established physics.

The mathematically intricate world of strings, which exist in nine dimensions of space plus one of time, would be merely a hologram: the real action would play out in a simpler, flatter cosmos where there is no gravity.

Maldacena’s idea thrilled physicists because it offered a way to put the popular but still unproven theory of strings on solid footing — and because it solved apparent inconsistencies between quantum physics and Einstein’s theory of gravity.

It provided physicists with a mathematical Rosetta stone, a ‘duality’, that allowed them to translate back and forth between the two languages, and solve problems in one model that seemed intractable in the other and vice versa (see ‘Collaborative physics: String theory finds a bench mate‘).

But although the validity of Maldacena’s ideas has pretty much been taken for granted ever since, a rigorous proof has been elusive.

In two papers posted on the arXiv repository, Yoshifumi Hyakutake of Ibaraki University in Japan and his colleagues now provide, if not an actual proof, at least compelling evidence that Maldacena’s conjecture is true.

In one paper [2], Hyakutake computes the internal energy of a black hole, the position of its event horizon (the boundary between the black hole and the rest of the Universe), its entropy and other properties based on the predictions of string theory as well as the effects of so-called virtual particles that continuously pop into and out of existence (see ‘Astrophysics: Fire in the Hole!‘).

In the other3, he and his collaborators calculate the internal energy of the corresponding lower-dimensional cosmos with no gravity. The two computer calculations match.

“It seems to be a correct computation,” says Maldacena, who is now at the Institute for Advanced Study in Princeton, New Jersey and who did not contribute to the team’s work.

In other words, our world is a projection of infinitesimally small vibrating strings which gives rise to the appearance of a physical world. Our world is a shadow of the real world where the activity is actually taking place.

As an article in Discover Magazine states reports, physicist Brian Greene believes that properties at the black hole’s surface — its event horizon — suggest the unsettling theory that our world is a mere representation of another universe, a shadow of the realm where real events take place. 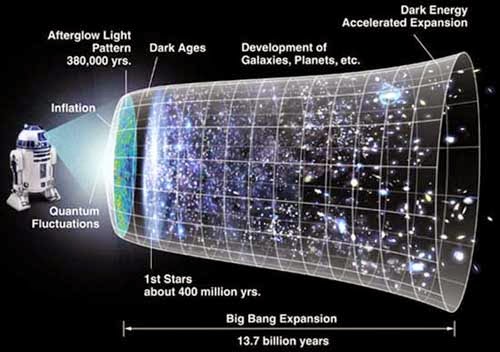 Even weirder than a holographic universe is the idea that we live in massive computer simulation. We’ve seen the Matrix, right?

Nick Bostrom, a philosophy professor at the University of Oxford, argues that we are almost certainly living within a computer simulation. Right now we have been able to produce very tiny simulations of the universe.

To that end, they’ve created an ultra-small version of the universe that’s down to the femto-scale. Interestingly, the researchers consider their simulation to be a forerunner to more powerful versions in which molecules, cells, and even humans themselves might someday be generated.

Here is an interview with physicist and NASA consultant Tom Campbell (author of My Big Toe: A Trilogy Unifying Philosophy, Physics, and Metaphysics) talking about why he believes the virtual model of reality best explains our universe: