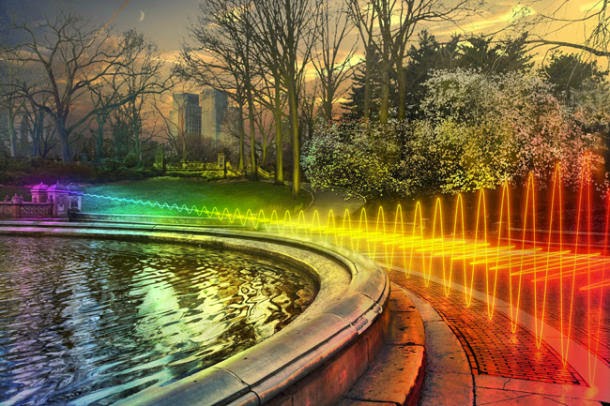 Understanding Energy and How it is Used Against Us

“A breakthrough occurs when you recognize you are more energy than matter.” ~ Caroyln Myss, Intuitive Healer

Make no mistake you are swimming in an unseen sea of energy.

We are constantly exposed to an electromagnetic field (also EMF or EM field) which is a physical field produced by electrically charged objects. It affects the behavior of charged objects in the vicinity of the field. 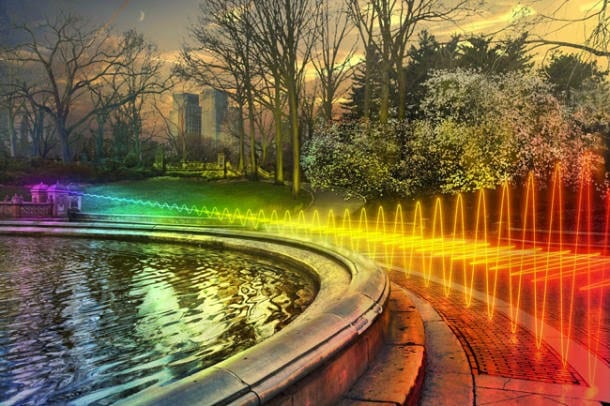 You can think of this sea of energy as one of the natural laws governing the material world, and unless you are a highly advanced yogi or sage able to completely block this energetic interference with your own energy, you are being bombarded with electromagnetic waves of all sorts.

For electromagnetic waves, both the electric and magnetic fieldsplay a role in the transport of energy. The Lorentz Law in free space begins to explain this phenomenon. You can learn all about it at an open course offered by MIT, or you can simply observe the phenomenon in every day life.

Cell Phone Towers – these towers give off EM fields that are known to affect both people and animals, often very negatively. In fact, you are exposed to more than 100 million times more electromagnetic radiation than your grandparents were, and much of it comes from cell towers.

WIFI for Internet Access – This picture shows you just one WiFi wave. The well-renowned publication Scientific American ran a piece called “Mind Control by Cell Phone” which explains the danger Wi-Fi has on the human brain.

It can cause insomnia, delayed kidney development, reduction of brain activity, and other developmental disorders in young children.

Power Lines – If you live near power lines or many electric poles, you are being exposed to energetic pollution that is so intense it can cause cancer.

Large Hadron Collider (LHC) at CERN – many believe this is an industrial-scale energy manipulation device. In fact, by manipulating parallel galaxies, you are likely being manipulated in this one.

“The multiverse is no longer a model, it is a consequence of our models,” says Aurelien Barrau, particle physicist at CERN.

CERN scientists have already manipulated anti-matter successfully. You are small potatoes in comparison.

H.A.A.R.P – Though controversial, many believe that US military’s technology is being used as a mind control device. HAARP is essentially an ionospheric heater, that can warm up a 1000 square kilometer area of the sky to over 50,000 degrees.

Aside from being used for weather modification, many believe that HAARP’s electromagnetic waves are being used to stifle the natural frequencies of the human energy field – or chakras. It is thought that some HAARP sites have been shut down, and that some are still open.

You can learn more about how HAARP works, here. When you look at where HAARP locations are on this map, and compare them to key ley lines on the planet, it will at least make you think twice about how your energy is being manipulated.

Small and Large Nuclear Devices – Nuclear devices give off a sudden burst in EM currents. An EMP is just a sudden change in the electric and magnetic fields, which on its own isn’t too bad.

It doesn’t hurt people at least. However, changing EM fields induce currents in anything capable of carrying a current, which means it affects you.

Aside from the radioactive waste given off at Fukushima, or the nuclear bombs set off at the New York Trade center buildings, every device affects the energy field around us.

Television – not only are you being exposed to EMF pollution from your TV, you are also being bombarded with constant messages meant to affect your subconscious programming.

The government as well as television stations themselves have been caught adding subliminal messages not just to commercials but also to your favorite TV programs. This is known as MK Ultra, but there are other forms of this energy ‘programming.’

Related: 7 Brainwashing Tools “They” Use Against Our Children;

The good news is that there is much you can do about electromagnetic and energetic pollution. Our bio-energy is vast. It is said that one human being has an enormous energetic output.

After all, there are billions of nerve impulses in the body and these are constantly creating complex human magnetic fields. These are affected primarily by our thoughts and emotions.

Have you ever noticed that when you are physically close to some people, you feel more positive and hopeful, and when you are in close contact with others, you feel depleted and sad, or irritated?

This has a lot to do with the health of their chakras, which are kind of like tiny energy generators along the spine, and therefore, their auras. Every human being gives off an energy field, and it is now proven that that field can span quite a great distance.

In fact, the Heart Math Institute has proven that the heart gives off an electric field which can be detected by advanced measuring equipment from several feet away, and it is thought that those who are highly spiritually developed can fill an entire stadium with their energy.

What is even more profound, is that when a critical mass of humans change their energy to a positive trajectory, the entire world is affected, too. The Maharishi Effect has proven this behind a shadow of doubt.

“When a sufficient number of individuals enliven this field, then through a ‘Field Effect’ of consciousness (the Maharishi Effect) an influence of orderliness and harmony is radiated from the level of the Unified Field of Natural Law to the whole population.”

This phenomenon is thought to work with other practices besides TM as well, like chanting, listening to peaceful music, toning with Tibetan singing bowls, or simply concentrating on feeling happy and loving.

It is thought that the formula to change the entire planet by changing one’s own energy is simply this: the square root of one percent of the population.

That means if approximately 800 people of the world’s current population were to practice changing their energy fields in a positive way, then the whole world would experience more peace and happiness.

Though we are bombarded with negative energy programming, electromagnetic pollution, and undesirable EMF waves, we can change our very energetic structure.

It takes only a few moments of peaceful contemplation, a smile given to a neighbor, positive affirmations, or listening to chakra balancing music every day. You are indeed living in a sea of energy, but you also have the ability to change its current.