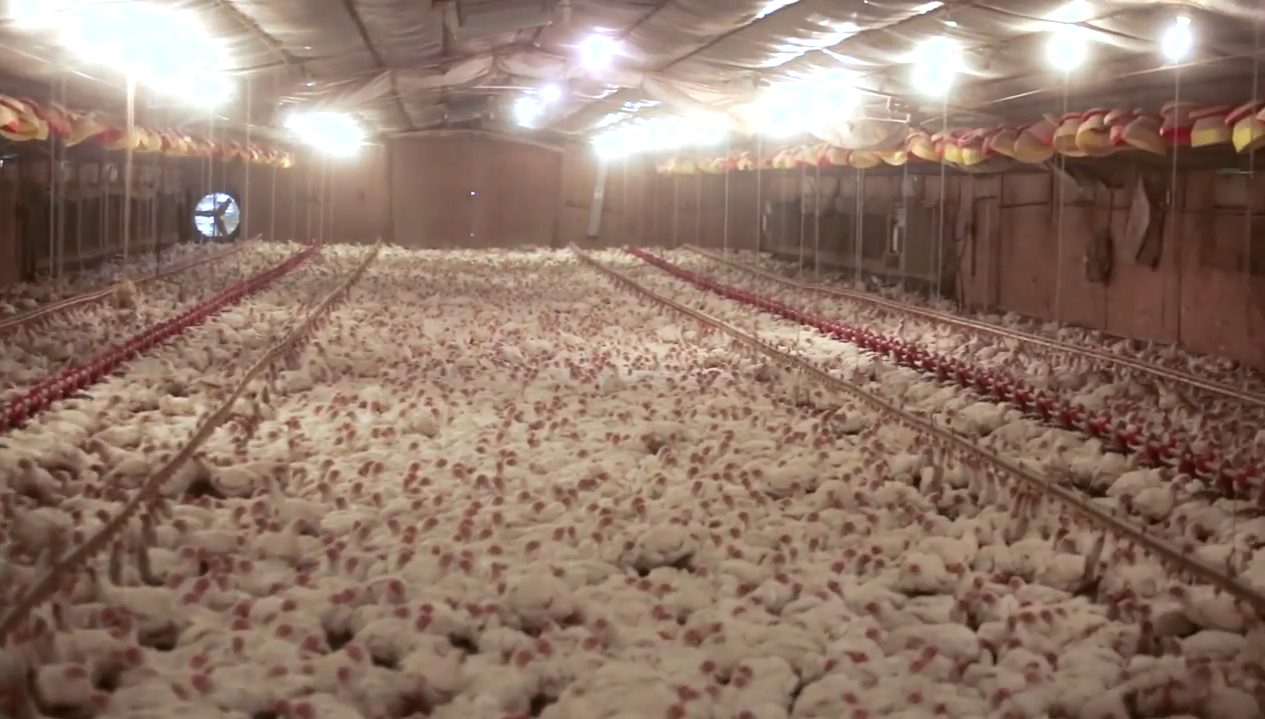 Our public food supply is being taken over by corporations which have no qualms about using the most horrifying and inhumane practices in order to increase output and profits.

This is a rather new development in the history of farming, and in just a few short years the entire landscape of meat production has turned into something so cruel, and so horrible, that people are becoming outraged.

In response, the major meat manufacturers are pulling strings within the government to prevent public access to the truth about these slaughter houses, and even worse, the government is going so far as to rewrite law to make animal rights activism illegal – an act of terrorism.

Antibiotics are overused, animals are forced into disgusting concentrated feeding operations (CAFO’s), they are denied sunlight, fresh air, and are pumped full of hormones that deform their bodies in order to fatten them up. 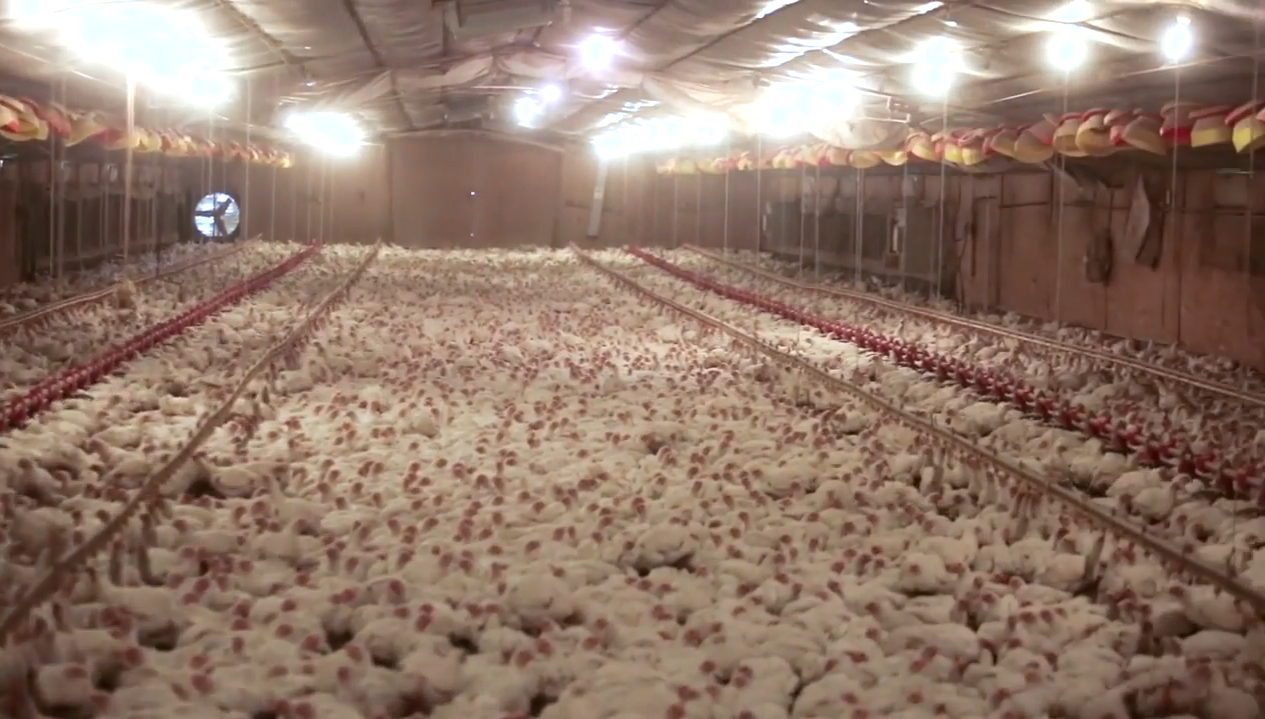 Not only is this cruel, but it is totally unnecessary. Recently, Compassion in World Farming had a one of a kind offer from chicken farmer…

Craig Watts is a contract poultry producer for Purdue farms and as such he is contractually obligated to operate his farm according to the specifications of his contractor.

After coming to the conclusion that the type of farming he was doing was inhumane, cruel and torturous, unsustainable and untenable, he invited a film crew onto his property for a first hand look at the conditions of his animals.

On the tour, he described how the animals arrived as chicks that were already very weak, suffering from a high mortality rate, and how just 37 days later their bodies had bulged to enormous sizes with overgrown breasts, broken legs, and rotting skin from lying in dung all the time.

Being invited into a corporate farm to observe this is quite unique, as these farmers are under serious scrutiny by the corporations that they work for. Most likely this interview will cost him his job, but you have to commend him for being the first corporate farmer to go to these lengths to expose this terrible reality.

When asked what he thought could be done to revamp the modern poultry industry, Craig Watts replied:

“I think it’s almost going to have to be a start over. We’re passed the rewind button here. This has gone too far.”

Perhaps he is right, but take a look for yourself:


If slaughter houses had glass walls, you can bet that the American people would not tolerate this for one more minute, but out-of-sight-out-of-mind is sadly an effective strategy in today’s busy world.

What can you do?

This is primarily driven by economics, and, as such, you can have an impact by voting with your dollars and being vocal with your local supermarkets about the treatment of animals.

You can also look for info on how to ask your supermarket to do better… Better Chicken at http://better-chicken.org.

About the Author: Alex Pietrowski is an artist and writer concerned with preserving good health and the basic freedom to enjoy a healthy lifestyle. He is a staff writer for WakingTimes.com and an avid student of Yoga and life.