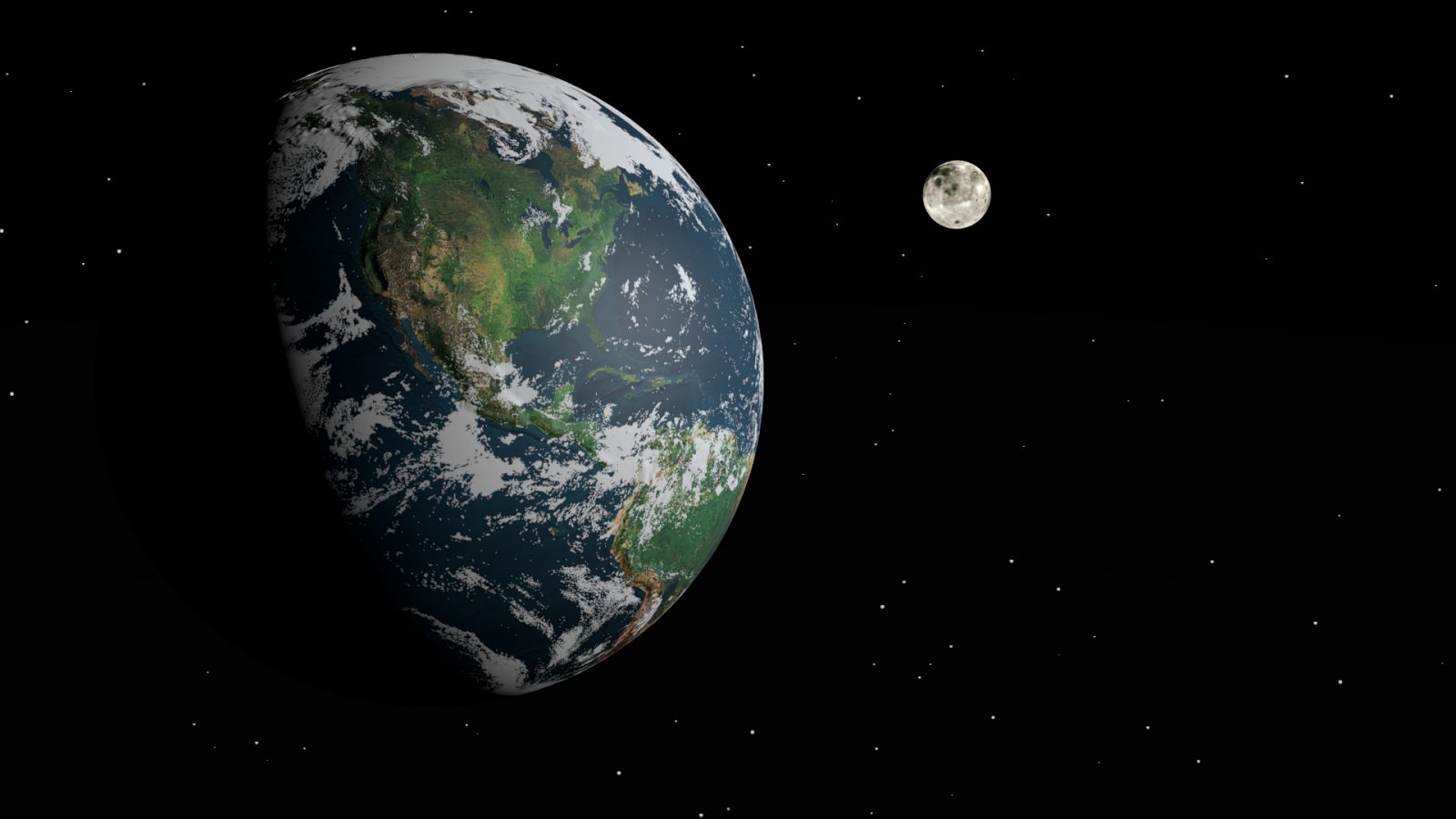 Is Earth a Prison Planet and the Moon a Station for Guardians?

Isaac Asimov suggested a long time ago that the Moon is not a natural astral body.

All independent studies ever since backed Asimov’s calculations and it was proven beyond any reasonable doubt that the gravitational features of the Moon are not just abnormal.

They are the exact numbers required so that the Moon does not escape from the Earth’s gravity and be pulled towards the Sun, as it should be, according to the law of universal gravitation.

Taking under consideration the hundreds of unnatural phenomena that happen on the surface of the moon that NASA never bothered to reveal to the general public but have nevertheless been observed for centuries by independent observers, it may be assumed that the Moon is a constructed spacecraft and not a normal astral body. 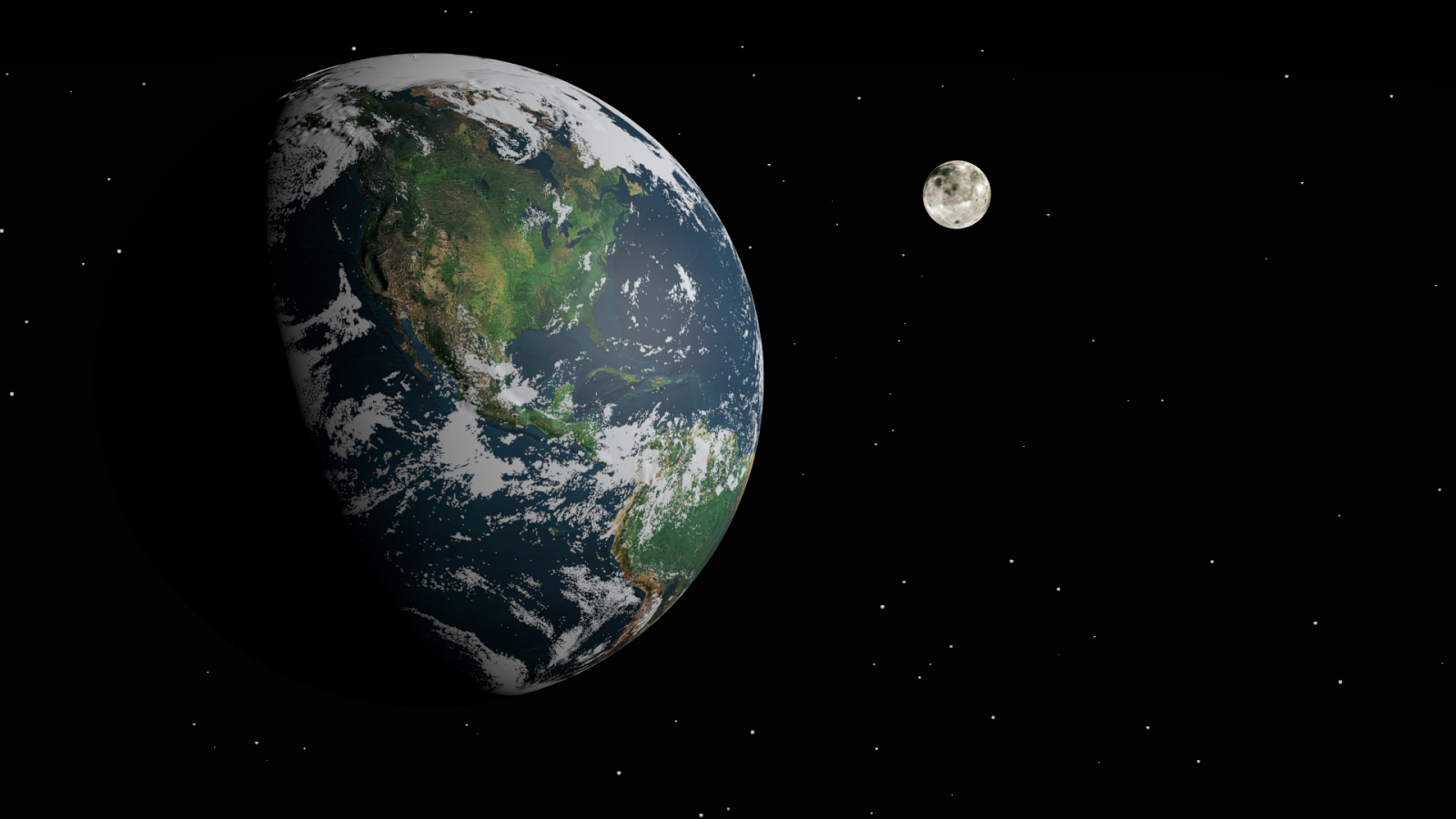 To mention but a few of these observations:

The moon is older than the Earth. Carbon dating shows the Earth at 4.6 billion years old and the Moon at 5.3.

While the Moon has no magnetic field, Moon rocks are magnetized.

There is evidence that the Moon craters were created through internal procedures, but the Moon has never been hot enough to create volcanos.

The Moon is hollow.

The surface metals are heavier than the metals in the core. (Usually the light metals are found on the surface and the heavier ones closer to the core).

The surface metals are composed of 80% titanium. That much titanium does not exist in the entire planet Earth.

There is seismic activity on the Moon without corresponding meteor strikes or movement of tectonic plates.

In fact there was observation of eruptions with a reddish glow precisely identical and repeated, moving the Moon closer to Earth. (Nikolay Kozyrev, 1958, Lowell Observatory, 1963). Does this look like thruster firing to anyone?

Related: Who ‘Parked’ the Moon in Perfect Circular Orbit Around Earth?

The above, along with myriads of other instances, seem to indicate that the moon has been placed in Earth’s orbit not by an act of random chance or nature, or as a result of the application of any law of astrophysics.

A theory that Moon was placed there as a shield for the Earth from meteorites has been depicted. Let’s accept this as a fact. By whom? God? A weird space warp incidence? Let’s not focus in the shield part. Let’s focus on the “it was placed there” fact.

So, that theory accepts that someone placed the Moon where it is, making the debate focus on the purpose. Based on certain facts, there have been theories stipulated, in various timelines, which support the concept that our entire planet was created as a sort of prison. According to one theory, it is a prison for the observation of our species.

Related: Earth’s Moon is a Hollow Space Station: the Evidence;

For another theory, Earth is a spiritual prison. Putting aside the question mark on the sanity of the people who quoted these theories, and the disqualifications, for obvious reasons, from the authorities responsible of doing so, let’s focus on the facts that these theories are based on.

Let’s keep an open mind about this, as it is only natural that when a theory is brought forth, supporting something different than what was taught in school, most people dismiss it without even considering the evidence.

Related: China is Going to the Moon – the Reason Why NASA is Worried;

1. Earth is an inherently unstable planet

Continuous earthquakes, volcano eruptions and other “natural phenomena” that supposedly demolish any civilization that advances too far ahead of its time (Minoan civilization, Atlantis, Pompeii, Damghan (Iran), Antioch, plagues in eastern and western Roman empires, etc).

Is it logical to anyone that mankind tries to build on a foundation that is capable of destroying everything built in a matter of seconds? Can there be any other reason, than the possibility they may have no other option like leaving here and go somewhere else with more favorable conditions?

It’s a bare fact that people cannot stand other people. Wars, attacks, raids, murders, rapes, crime, and anything imaginable from people to hurt other people. Isn’t this exactly what happens in a prison full of criminals?

People are put behind bars when the crime is small scale (individuals and small groups), but large scale “incidents” are recorded in history as significant events like the Crusades, World Wars, Revolutionary Wars, Civil Wars, Genghis Khan, Attila the Hun. And they are taught in the history books and schools. Does this make sense to anyone?

3. Mankind is always driven by a “higher force”

Let’s take a look at some of the great figures of history. Alexander the Great, Charlemagne, Barbarossa, Peter the Great, Ivan the Terrible, Mao Zedong, Josef Stalin, Winston Churchill, Adolf Hitler, Benito Mussolini, Khmer Rouge, Genghis Khan, Attila the Hun, Julius Caesar, Francisco Pissarro, Franco, and the list goes on and on. Between them: about 1.000,000,000 dead.

What is the best way to control prisoners? Allow them to retain their gang structure inside? Arian Nation against Black Panthers? Triads against Mafia? Latinos against everyone else?

Divide and conquer. The oldest trick in the book. 756,000 inmates in all the prisons of the world have lost their lives in gang feuds within the prison walls. And for what? An ideology, a race, a way of doing things, a religion, an individual.

So! On the one hand you have an extraterrestrial astral body placed in position by unknown forces, with the exact properties required to stay there forever, and with mysterious happenings observed on its surface. On the other hand you have a population that acts exactly like prison inmates.

Is it wrong to assume that the astral body was placed there to guard the inmates?

By Yiannis, Learning Mind; | Related: Why NASA Never Went Back to the Moon: The Truth;