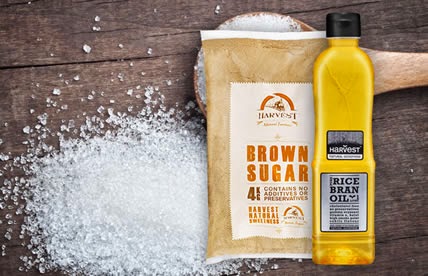 Over-Consumption: 2 Types of Ingredients in Over 95% of All Processed Foods

The problem is that the body exerts a strong defense against undernutrition and weight loss, but applies a much weaker resistance to over-consumption and weight gain — a human behavior food industry scientists have learned to exploit in their favor.

There are very specific principles which influence how appetite control operates and this constitutes one form of vulnerability to weight gain.

The expression of appetite is reflected in an episodic pattern of eating behaviour, the selection of dietary commodities and an associated profile of conscious sensations such as hunger, preferences, aversions and fullness. 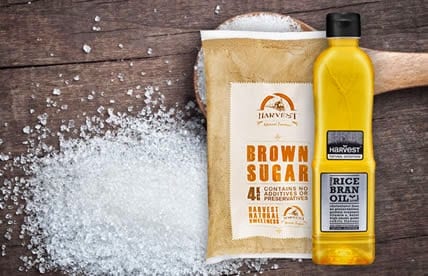 Postindustrial humans as any trip to an all-you-can-eat buffet will tell you have become a soft, sedentary, overfed lot. It’s not just that almost 70% of the U.S. population is either overweight or obese, people are getting fatter in all parts of the world.

The fact is, when faced with an abundance, we know that we’re full, but seem helpless to control ourselves. We lose weight and routinely regain it; we vow to eat healthfully and almost always lapse.

Our doctors warn us about our rising blood pressure and creeping cholesterol, and we get briefly spooked until we’re offered the next helping of cheesecake or curly fries, our appetite shouts down our reason and before we know it, we’re at it again.

If you’re among the millions who have ballooned past their target weight, you can take some consolation from the fact that your early ancestors would be very proud of you.

Human beings emerged into a world in which food often was scarce, often spoiled and when we learned the art of hunting sometimes bit back, making the idea of eating a lot when you could both sensible and necessary.

If you never knew when you were going to have dinner again, it was best to gorge when the food was there.

However modern dietary patterns differ greatly from our ancestors. Today, people eat based on emotion rather than survival. The onset and termination of eating episodes are subject to facilitatory and inhibitory physiological processes, and are held in place by strong environmental contingencies and habitual routines.

Excess energy intake over expenditure is due to aberrant positive drive to seek energy or a permissive response to strong internal or external stimuli.

Proteins, fats and carbohydrates generate different sets of physiological responses that produce different effects on the intensity and duration of satiety. Particular sensory and nutrient combinations in foods can facilitate passive overconsumption. Overriding physiological satiety signals can lead to a positive energy balance and weight gain.

Research by Terry Davidson, director of American University’s Center for Behavioral Neuroscience, showed that it becomes a recurring behavior. “It is a vicious cycle that may explain why obesity is so difficult to overcome,” said Davidson, also a professor of psychology at AU.

Davidson, formerly with Purdue University, focuses his research on the hippocampus — the part of the brain responsible for memory and learning.

or this study, Davidson and his team trained rats given restricted access to low-fat “lab chow” on two problems — one that tested the rats’ hippocampal-dependent learning and memory abilities and one that did not.

The high-energy food was high in cottonseed oil — considered to be the most unhealthful dietary fat as research has linked it to cardiovascular disease and certain types of cancer. Cotton is the fourth genetically modified crop for the extraction of oil. In the United States, this is a commonly used oil and component in various prepackaged and processed foods.

When both groups of rats were presented the problems again, the rats that became obese from the high-energy diet performed much more poorly than the non-obese rats did on the problem designed to test hippocampal-dependent learning and memory. They tested the same as the non-obese rats on the other problem.

Interestingly, the non-obese rats group included rats from both the low-fat lab chow group and the high-energy diet group. But this isn’t a matter of some rats having a super-high metabolism that allowed them eat to large amounts of the high-energy food and remain a reasonable weight.

“The rats without blood-brain barrier and memory impairment also ate less of the high-energy diet than did our impaired rats,” Davidson said.

“Some rats and some people have a lower preference for high-energy diets. Our results suggest that whatever allows them to eat less and keep the pounds off also helps to keep their brains cognitively healthy.”

Governments have either intentionally or unintentionally put the public at risk by foolishly encouraging grains at the top of the food pyramid. This has incorporated sugar in more than 90% of these grains within processed foods which is a far greater concern than salt.

Approximately 70% of all calories in the western diet come from a combination of the following four foods: wheat, dairy, soy and corn – assuming, that is, we exclude calories from sugar. The problem is, they don’t do anything to advance our health.

Were it true that these four foods were health promoting, whole-wheat-bread-munching, soy-milk-guzzling, cheese-nibbling, corn-chip having populations would probably be experiencing exemplary health among the world’s nations.

To the contrary, despite the massive amount of calories ingested from these purported “health foods,” we are perhaps the most malnourished and sickest people on the planet today. The average American adult is on 12 prescribed medications, demonstrating just how diseased and manipulated, we are.

All of these foods are poisonous to the human metabolism. According to Dr. William Davis, a cardiologist, author and leading expert on wheat, it is the perfect chronic poison.

Soy is equally hazardous to our health. Actually, with the exception of sugar, soy and wheat are the two most destructive nutrients affecting weight and health in the entire world.

Americans have become conspicuous consumers of sugar and sweet-tasting foods and beverages. Per capita consumption of caloric sweeteners (dryweight basis)–mainly sucrose (table sugar made from cane and beets) and corn sweeteners (notably high-fructose corn syrup, or HFCS)–increased 43 pounds, or 39 percent, between 1950-59 and 2000.

We are a nation of sugar bugs and it’s destroying our health. That’s important to recognize, since the bigger the glucose hit, the greater the sense of satiation, but only for a little while. Afterward, hunger returns stronger than ever.

“High glycemic foods” like refined breads and sugars push the body to refuel,” says nutrition scientist Marlene Most, head of the metabolic kitchen.

“In low glycemic foods, there is a constant flow of glucose and insulin, so we don’t need to refuel as much.”

Processed oils have skyrocketed omega-6 toxicity. Not only are canola, soybean and corn oil now coming from genetically modified crops, but their processing is beyond toxic to human metabolism.

Modern oil processing is a different thing entirely from the early days of processing more simple oils like olive and butter.

Modern oils are removed by a combination of high temperature mechanical pressing and solvent extraction. Traces of the solvent (usually hexane) remain in the oil, even after considerable refining.

Like all modern vegetable oils, canola oil goes through the process of caustic refining, bleaching and degumming–all of which involve high temperatures or chemicals of questionable safety.

And because canola oil is high in omega-3 fatty acids, which easily become rancid and foul-smelling when subjected to oxygen and high temperatures, it must be deodorized. The standard deodorization process removes a large portion of the omega-3 fatty acids by turning them into trans fatty acids.

Research at the University of Florida at Gainesville, found trans levels as high as 4.6 percent in commercial liquid oil. The consumer has no clue about the presence of trans fatty acids in canola oil because they are not listed on the label.

A large portion of canola oil used in processed food has been hardened through the hydrogenation process, which introduces levels of trans fatty acids into the final product as high as 40 percent.

It is a scientific fact that due to our dietary and food processing habits virtually every citizen in Industrial or Western nations is both toxic with omega 6 EFAs and deficient in omega 3 EFAs.

This is responsible for significantly contributing to poor physical and mental health and increased incidence of illness. In fact research indicates that the ratio of omega 6 to omega 3 fatty acids in the average diet is now up to 20:1 in favor of omega 6!!

If we are ever to stop over-consuming foods, we must first begin sensible and responsible public health policies which encourage a reduction of processed oils, sugars and refined grains.

It’s the only way hormonal levels and brain chemistry will be restored to a healthy state which prevent this cycle leading to obesity.

Further negligence by government officials to recognize a more balanced approach to reduce chronic inflammation in the western diet will surely spell disaster in future generations. The time to educate our children is now.

100,000 Signatures In 30 Days Are Needed For A White House Response About Extraterrestrials Previous post
Better Than Any Toothpaste: Coconut Oil Next post