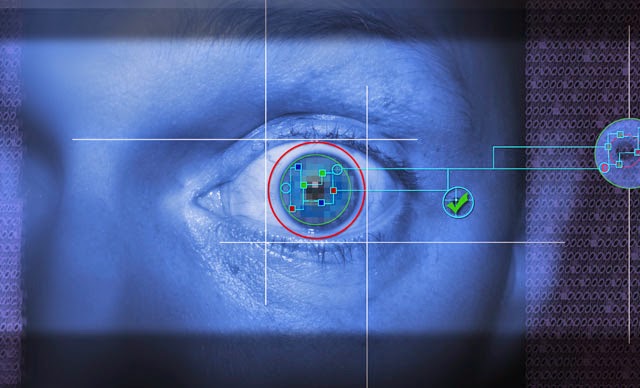 Big brother is here, and he has some shocking new technologies up his sleeve that give him unprecedented access to your thoughts, feelings and intentions. Mind control is more sophisticated than ever, and you may not even be aware that your eyes are giving high-tech intruders access to your mind.

Biometrics is the use of technology to measure human characteristics and traits, and at the cutting edge of biometrics is pupillometry, the science of using measurements of the pupil of the human eye to make psychological predictions and gather predictive intelligence.

It has been recognized since the early 1900’s that pupil size changes with emotional state and brain activity, and since the 1950’s and ’60’s, there have been numerous experiments in using measurements of the pupil to determine a psychological link to a behavior.

Most notoriously, the government of Canada used a ‘fruit machine‘ to determine if members of law enforcement were homosexuals by seeing if their pupils reacted to pornographic images. 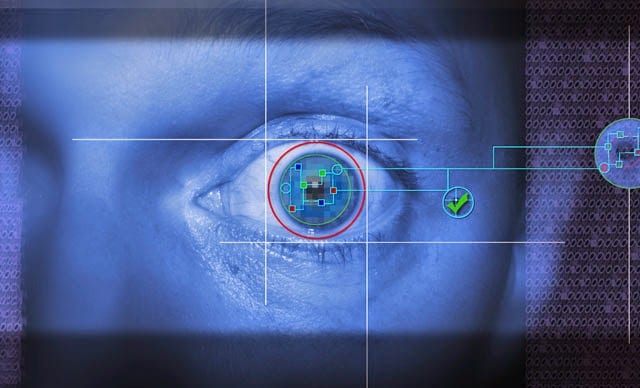 A Window to the Preconscious

Science has also discovered that the harder you are working to solve a problem, the increasingly dilated your pupils will become, and nurses have even been able to read the pupils of paralyzed patients to determine if their intention is ‘yes’ or ‘no’ in response to important questions.

Much like a computer that displays a performance bar when heavy processing is underway, measuring pupillary responses can see what kind of processing load the mind is engaged in.

“The iris is made of two types of muscle: a ring of sphincter muscles that encircle and constrict the pupil down to a couple of millimeters across to prevent too much light from entering; and a set of dilator muscles laid out like bicycle spokes that can expand the pupil up to eight millimeters—approximately the diameter of a chickpea—in low light.” [Reference]

Now, with the proliferation of handheld smartphones and computer, high-definition digital cameras, and recent developments in brain-scanning fMRI and EEG readings, real-time scans of changes in pupil can be combined with other biometric data to form an incredibly accurate reading of your thoughts, while also measuring, among other things, whether or not you are in a suggestive state of mind.

Being an involuntary muscular movement, it is nearly impossible to fake pupil movements, meaning that measurement of pupil dilation is an accurate means of determining intent and attention within the subject. A well-known characteristic of human learning and psychology is that the mind is more susceptible to new information when in certain states of being.

Pupillometry can detect when a person is optimally aware, and thus in their highest suggestive state of mind. In this suggestive state, when heightened attention is detected, the subject is most ready to receive suggestive messages, whether they be audio or visual, subliminal or overt.

Imagine a scenario where in a public setting, Homeland Security has installed high-definition cameras that can simultaneously measure the pupillary responses of thousands of people in order to single out those who are exhibiting specific behavior or intentions. Any individual who objects to this type of surveillance is detected and treated accordingly.

Unites States Customs and Border Protection is already using this technology to help agents make quick determinations as to whether or not their questions are being answered truthfully. A portable, on the fly, real-time, non-consensual lie detector test.

This technology is already being mass-produced for the different applications in the consumer world, including security and authorization procedures as well as medical applications.

This short primer on the medical use of pupillometry in hospitals is a demonstration of a commercially available, handheld pupillometer that can scan the eye in high definition and measure the results across a data base of information.

This is an indication of just how far this technology has already come, and an indicator that it won’t be long before this it becomes widely used by government and law enforcement agencies where it is not at present:

Mind control is already a part of modern life, and the science of pupillometry will only permit a greater intrusion into our privacy. As the technology grows more powerful and more instantaneous, and because homeland security has become such an integral part of the American economy, we can expect to see this being used against us more frequently.

Buck Rogers is the earth bound incarnation of that familiar part of our timeless cosmic selves, the rebel within. He is a surfer of ideals and meditates often on the promise of happiness in a world battered by the angry seas of human thoughtlessness. He is a staff writer for WakingTimes.com.