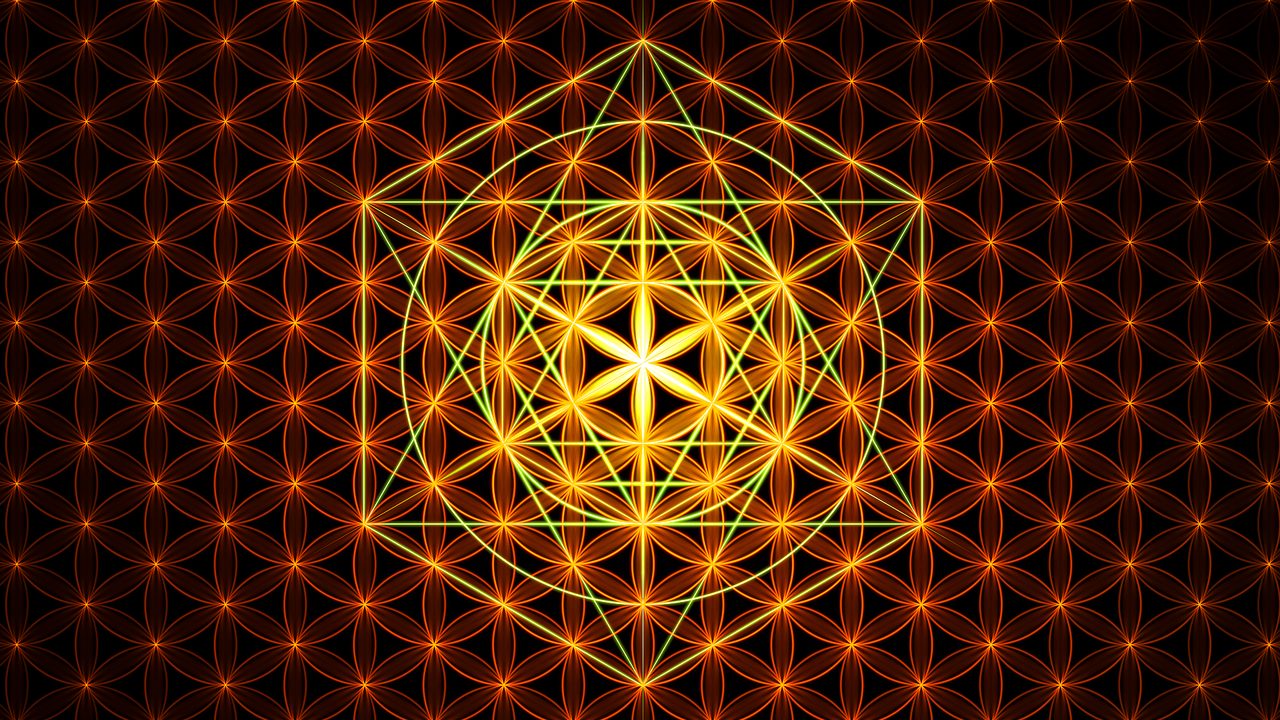 Understanding the Sacred Self

Here, I’d like to talk about the sacred Self; the soul Self; the Atman; whatever you want to call the omnipotent consciousness that exists within, which we can embrace once we know a little bit about it.

The sacred Self (or simply the ‘Self’) is an aspect of Source, and we’ll have to transcend the influence of the ego if we want to open up to it.

The ego, which is a program of the otherwise benevolent mind, will keep us from discovering and embracing the Self if we allow it, and given that we have a lot of work to do to change the defunct manner in which our planet’s run, transcending the ego is among the best things we can do for ourselves and the people around us.

The rest of the world will benefit when we can move beyond the ego and into a place of pure, blissful submergence in the Self, and as consciousness continues to rise, more people will become aware of spirit and the necessity to embrace the infinite Self over the finite, ego-driven self we’ve become accustomed to. 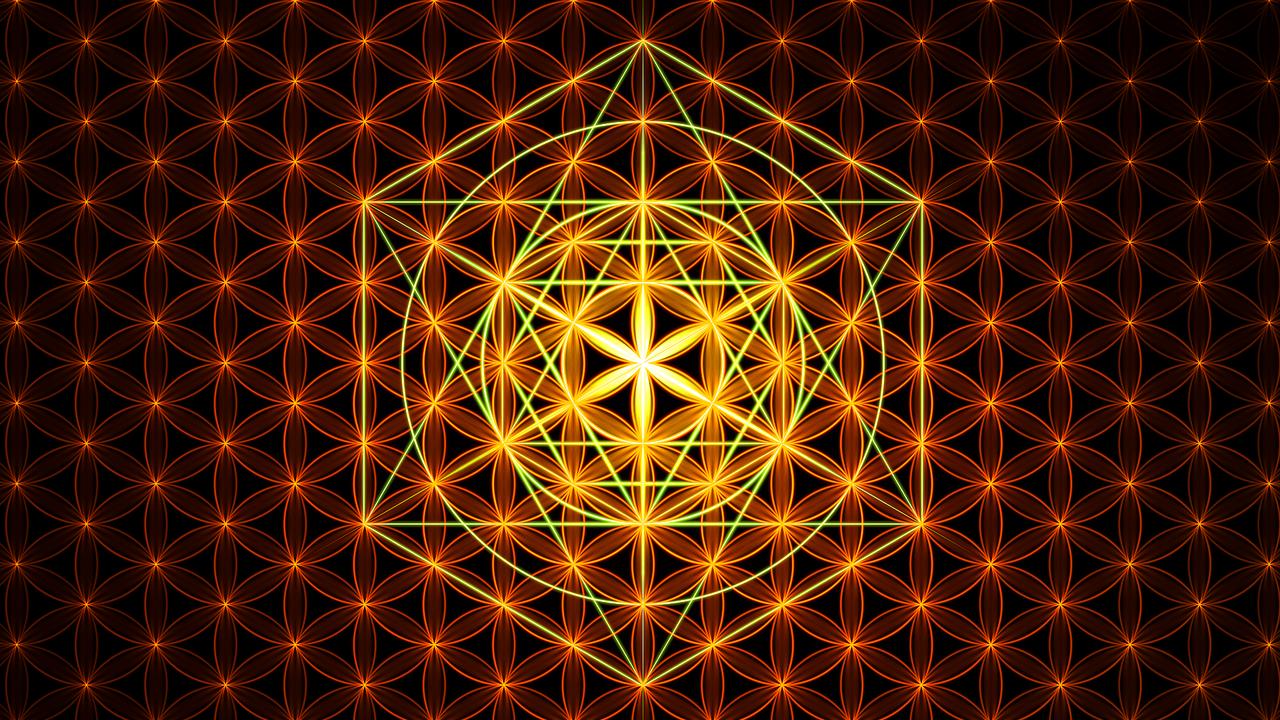 I think it’s important for those of us who’ve become aware to continuously transcend the ego’s influence and put ourselves in a loving, heart-centered space where we can connect with the Self, and until we do, the collective vibration will remain low.

The work we do to bring ourselves and our planet into the light is important, and opening up to the Self will help us with our quest to enlighten ourselves and, eventually, everyone else who’s ready for enlightenment.

Master Lin-Chi describes the Self.

“’Spread it out and it fills the whole Dharma-realm, gather it up and it’s tinier than a thread of hair.’ Its lone brightness gleaming forth, it has never lacked anything. ‘The eye doesn’t see it, the ear doesn’t hear it.’ What shall we call this thing? … You’ll just have to see it for yourselves. What other way is there?” (1)

The Self is basically unperceivable with the physical senses, and it exists within, waiting for us to pick up on its existence. We’ll have to transcend our sense-based perception if we want to perceive the Self, and this goes hand-in-hand with transcending the ego and opening up to Source.

Only when our perception is focused on the spiritual realms will we perceive the Self, and things will flow like never before when we can do this. Our creativity will definitely be sharper, because the Self is nothing if not creative.

I’m reminded of a story about a man who raised his Kundalini to his crown and experienced enlightenment. The experience was so intense that he basically descended into madness for a great number of years before emerging from it to find the greatest spiritual perception he could hope to have.

His creativity flowed, and our creativity can flow in a similar way if we make an effort to perceive the Self.

The more we search for the sacred Self, Lin Chi tells us, the further we distance ourselves from it.

“Right now, all this dashing and searching you’re doing — do you know what it is you’re looking for? It is vibrantly alive, yet has no root or stem.

“You can’t gather it up, you can’t scatter it to the winds. The more you search for it the farther away it gets. But don’t search for it and it’s right before your eyes, its miraculous sound always in your ears. But if you don’t have faith, you’ll spend your hundred years in wasted labor.” (2)

However difficult the sacred Self might be to perceive, it exists within and waits to be picked up on so we can enjoy the perceptual bounties that result. This extended and advanced facet of our consciousness has a lot to offer us, because it essentially is us in a higher form.

The Atman (or the Self) is the revealer of all things, Shankara tells us.

“The Atman is the witness, infinite consciousness, revealer of all things but distinct from all… whether they be gross or subtle.

“It is the eternal reality, omnipresent, all-pervading, the subtlest of subtleties. It has neither inside nor outside. It is the real I, hidden in the shrine of the heart. Realize fully the truth of the Atman. Be free from evil and impurity, and you shall pass beyond death.” (3)

The Self will seem too far away for us to grasp if we feed into vanity, materiality or anything else that keeps us from exploring our spirituality. If we can open up to the Self by transcending any limiting or distracting qualities, however, it’ll seem closer than ever because, in a sense, it will be.

We draw closer to the Self every time we refuse to feed the cultural tendencies that distract us, and when we successfully lighten our vibration, we’ll see how important it was to refrain from choosing vanity over spirituality.

For every lower quality, there’s a higher quality to match it, so let’s embrace the higher qualities inherent in everything around us instead of continuing to live below our potential by knowingly feeding qualities that hold us back. Even though walking tends to be easier, we’re on this planet to fly.

Shankara also encourages us to embrace the transcendent nature of the Self.

“Meditate upon the truth that the Atman is ‘neither gross nor subtle, neither short nor tall’, that it is self-existent, free as the sky, beyond the grasp of thought.” (4)

The Self isn’t limited by the qualities that inhibit us here on earth, and instead, it’s free to move around as it pleases. It’s liberated from every lower-vibrational quality that  holds us back, and we have to put ourselves on the same level if we want to align with it.

We have to embrace the qualities that help the Self thrive if we want to access it, and we’ll be glad we employed whatever disciplines were necessary for us to connect with it.

We’ll see how much this connection strengthened our creativity and our general spiritual perception, and after getting a taste of the perceptions of the Self, we’ll never want to go back.

In our final quote, Ibn Arabi tells us that the sacred Self encompasses everything in existence.

“The Qualified Total Spirit [is] the Viceregent. It has no bodily shape and it is not even outside this universe and its heavens, but it englobes all existents and therein it is present and in control. In relation to it, highest top and the bottom of the bottom are the same.

“It is present in every one of those degrees. … It cannot be parcelled out or partitioned. If the skies fell in and the earth shattered, nothing would happen to it.” (5)

Given that we’re all aspects of Source’s omnipotent consciousness, it makes sense that the Self essentially is the Source of existence; our creator in a different form. I think this makes connecting with the Self even more desirable, and in time, I’m sure everyone will realize it exists and connect with it.

We can then take it upon ourselves to address and heal everything about this planet that keeps us from thriving, and we’ll do it with the strength and support of the Self, which we’ll all have connected with.

Connecting with the Self might not be easy, but we’ll be glad we made an effort when our minds and hearts are open and we’re awash in ecstatic bliss.

When we can make this connection, we’ll see that we’re never left alone to deal with the pains and stresses that come with living on earth. A lot of teachers have used their connection to show the way for others, and we can connect with our Self just like they’ve connected with theirs.

I think more people will make this connection in due time, but for now, those of us who are starting to make it can raise awareness of its benefits.