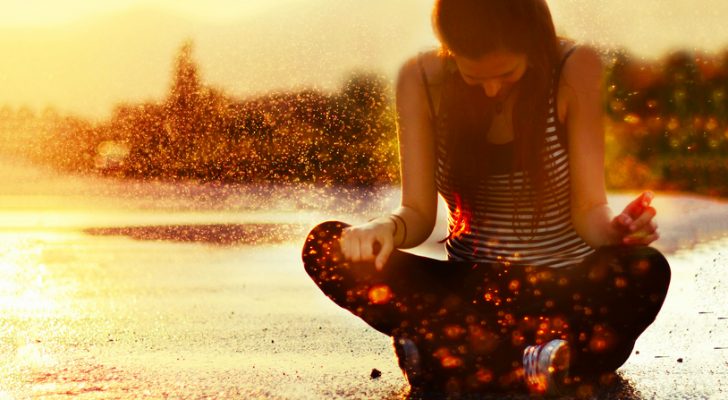 Because science was not advanced enough to detect and measure 6th and 7th sense energy fields, such phenomena was illegitimized as paranormal, and even ridiculed.

Slowly, as cited by supporting articles found on Collective Evolution, this is beginning to change.

Intimately intertwined within the commonly accepted five senses our body uses to collect information about our external world lies the uncharted territory of our metaphysical world containing extrasensory perception and our chakras.

It’s only recently that our sixth sense has come into humanity’s collective awareness. But did you know you have a seventh sense? 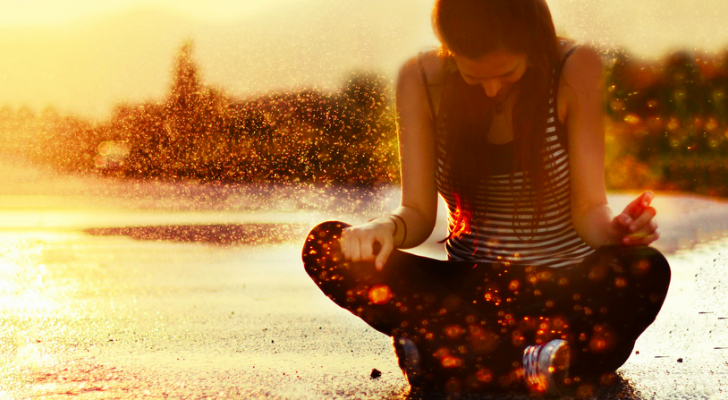 It is Aristotle (384 BC – 322 BC) who is credited with the classification of the primary five sense organs: sight, smell, taste, touch and hearing.

These sense organs contain receptors for specific stimuli that are connected to your body’s nervous system which then sends data to your brain, providing you with useful information about your physical/external world. But what about your essential/internal world?

Buddhists consider the mind to be a sense organ in addition to the five senses. Simultaneously processing the collective data of the first five senses, the mind becomes a gateway, making an exponential or fractal leap to a broader spectrum of perception that includes your internal sensory system. This extrasensory system has been referred to as the psychic realm.

Because science was not advanced enough to detect and measure these energy fields, such phenomena were illegitimized as paranormal, and even ridiculed. Slowly, this is beginning to change.

Our sixth sense has been feared and revered since humans were a much more primitive species, depending on what period of history you had the (mis)fortune of being born in. If you were lucky enough be born into a Native American tribe, you may have been recognized for your inner genius and exalted as your community’s shaman.

But, historically, for the majority of those unacquainted with their internal guidance system, or those subject to culture and conditioning that only recognizes external power sources, much fear-generated misinformation has been disseminated over the centuries, leading the unfortunate to societal ostracization and even death.

Even in modern times, there is still very little information that can be called qualitative. And, to add to the mystery, a seventh sense is coming to light as humanity continues its evolution into higher forms of consciousness.

BEYOND SPACE AND TIME

The difficulty for scientists in collecting empirical data is that the sixth and seventh senses function outside of space and time. The difficulty for non-scientists is that much outlier phenomena is still accredited to external forces or entities — channeling, spirits (good or bad), extraterrestrials, etc. — rather to than to the anomalous experience that is actually happening within.

Sixth sense experiences range from intuition, déjà vu, prescience, to past life parallels. As our conscious mind is always trying to create a linear story out of our experiences, we tend to look for cause and effect to explain a multi-dimensional event. When our mind can’t make two and two equal four, we call it a coincidence.

To demonstrate the complexity contained within your senses, there isn’t even scientific agreement on the number of senses because of differing definitions. Wikipedia states that the senses are divided into the exteroceptive and interoceptive.

Exteroceptive includes the traditional five while interoceptive senses perceive sensations in the internal organs neurologically linked to the brain for the purpose of regulating bodily functions, i.e. regulation of respiration, the sensation of fullness, blushing and more.

Add to these sub-groups, the body’s awareness of balance, pain, temperature, pressure, which are derived from the synthesis of multiple senses.

Some “sense” can be made of all this when you understand that your primary senses are inseparable from your chakra system. Chakras are multi-dimensional vortices of energy, as levels of consciousness, resonating at specific frequencies that also line up with the notes on a musical scale.

Chakras act as an interface between the dense physical world and the non-physical world of pure consciousness. There are seven notes in a musical scale, seven chakras, and you have seven senses.

While your sixth sense utilizes your feeling body to inform you when your intuition is on or off target, your seventh sense is your doorway to the Universal Self via Unity Consciousness.

Bypassing physicality, it is direct access to all information contained within the entire Universe — relative to your physical world. No intermediary or channeling is involved. It has been called the Akashic records by some, or the Hall of Records. Another term coined by this author is The Universal Library.

You could have recently used your seventh sense for something as inane as walking into an unfamiliar grocery story, wondering where the balsamic vinegar was, and allowing your feet to carry you directly there without questioning why “left” was the thought.

You cultivate your seventh sense when you consciously make use of all the resources available to you in the Universe. Quite literally, nothing can be hidden from you by any part of Creation — past, present, or future. All you have to do is tap into your seventh sense and inquire.

This happens by sitting quietly in contemplation — or remaining in a state of open wonderment. The wonder of a child is still contained within you, as you, and is a gateway to greater knowledge. In reality, all of life is a gateway to higher consciousness or enlightenment — Self-Knowledge.

Want to know how the Universe works? Or mankind’s true history? Ask! The information will flow to you at a level you can understand, the spectrum broadening when you are capable of going deeper.

Be advised the information is relative to the physical plane as a more comprehensive version of reality, but is by no means complete. No human nervous system has the capacity to contain the totality of light.

As a fun exercise, if you’d like to go deeper using this article as a jump-off point, then contemplate that there are really twelve notes in a musical scale if you include the half notes, twelve chakras in the body, and the exponential/fractal leap from the individual human is the twelve archetypes commonly referred as the twelve tribes!