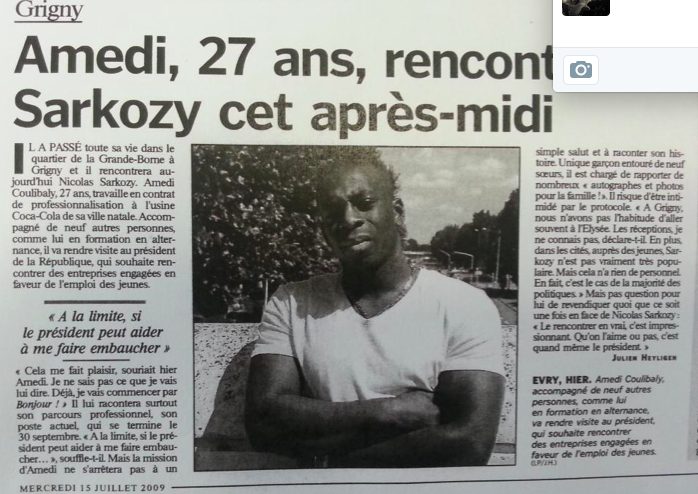 All the details I mentioned in the Paris 9/11 story that are consonant with false flags have now emerged. The siege ending in a standoff with reported hostages has the tell-tale signs of a false flag event.

In fact, Amedi Coulibaby, one suspect, met with Sarkhozy in 2009 as the below article shows.  On top of that, Pentagon-dining guest and CIA asset Anwar al-Awlaki was also affiliated with the Kouachi suspects, sending funding according to reports.

The story sounds like a Taken film, but I guess Liam Neeson was too busy filming part 17 to save the day. Here is a news tip courtesy of Dutchsinse via Facebook: 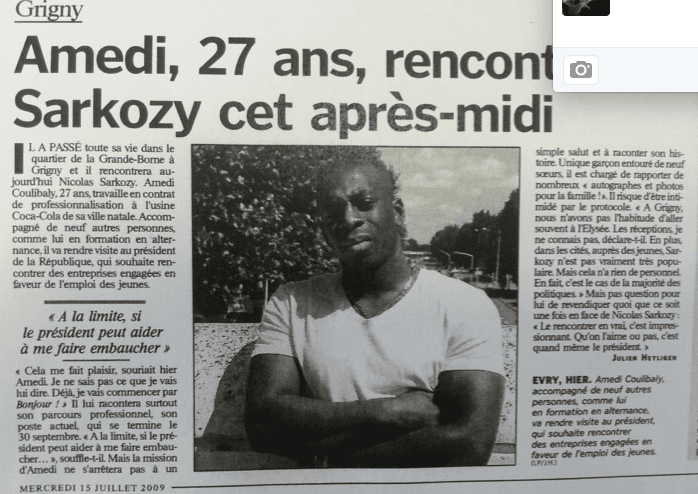 “[A]n unlikely encounter between Nicolas Sarkozy, the then French President and Amedy Coulibaly, the gunman suspected of killing a police woman and of taking five hostages at a kosher grocery in eastern Paris today.

“The meeting took place in 2009 in the Élysée Palace when Mr Sarkozy met nine young French men who got just jobs in a local factory. They were all from Grigny, a tough Parisian suburb torn by riots 10 years ago.”

“Sarkozy is not truly popular with the youth in the estates. But that is nothing personal. In fact it is the case for most politicians,” said Coulibaly. “The encounter really impressed me. Whether I like him or not, he is the president after all.”

The article referring to the meeting is here.

In my mind, the story brings back memories of the scandal involving Dominique Strauss-Kahn, and likely has to do with Anglo power axis not liking the potential pivot of France toward Palestine and Russia.

However, I wouldn’t place much hope in a Grand Orient Hollande move toward Palestine, with the UN playing a massive role in the Palestine issue.

Meanwhile, the US has been aiding and training these Jihadis, not since Obama’s regime, but, as you recall, back to Brzezinski and Robert Gates. And before that, British Intelligence did it for a hundred years prior.

“God is on your side!” Brzezinski tells the Mujahideen in Pakistan.


Reference: Jay’s Analysis;
Teaching Children HOW to Think Instead of WHAT to Think Previous post
Top Tory Pedophile Murdered Girl in VIP Snuff Ritual Next post