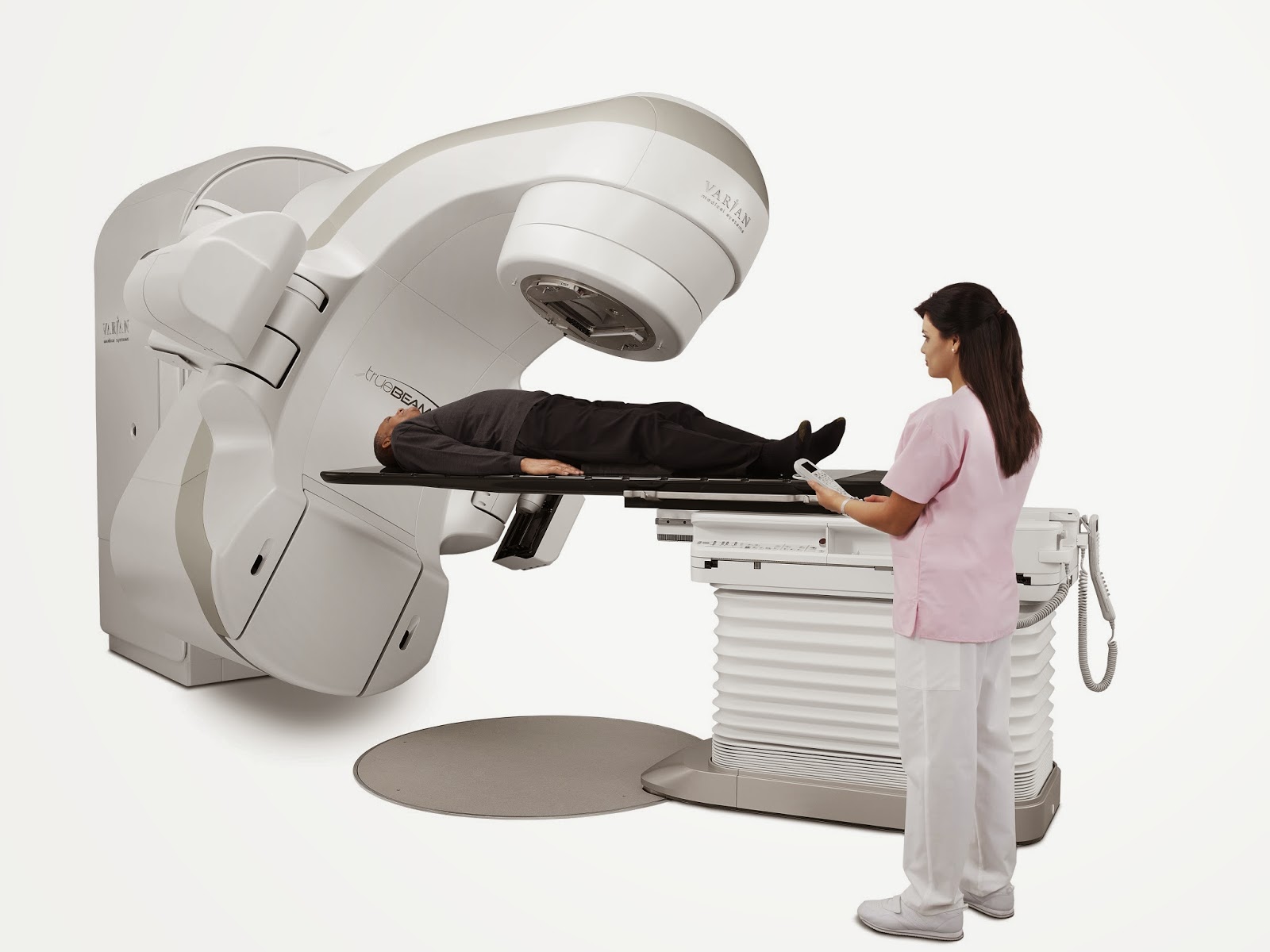 Only in the world of medical treatment do we find concepts such as poison heals cancer and radiation cures it.

Any doctor with a reasonable understanding of cellular pathology will agree that not only does ionizing radiation cause secondary cancers, but the disease promoting effects can be absolutely devastating in the long-term well after treatment.

In fact, more patients are dying of radiation-induced secondary cancers, which oncologists are often misdiagnosing as the primary cancer spreading.

The song and dance the cancer industry presents to patients (like theatre) is that radiation is given with “curative intent” to finalize treatment after or in combination with surgical intervention and chemotherapy. 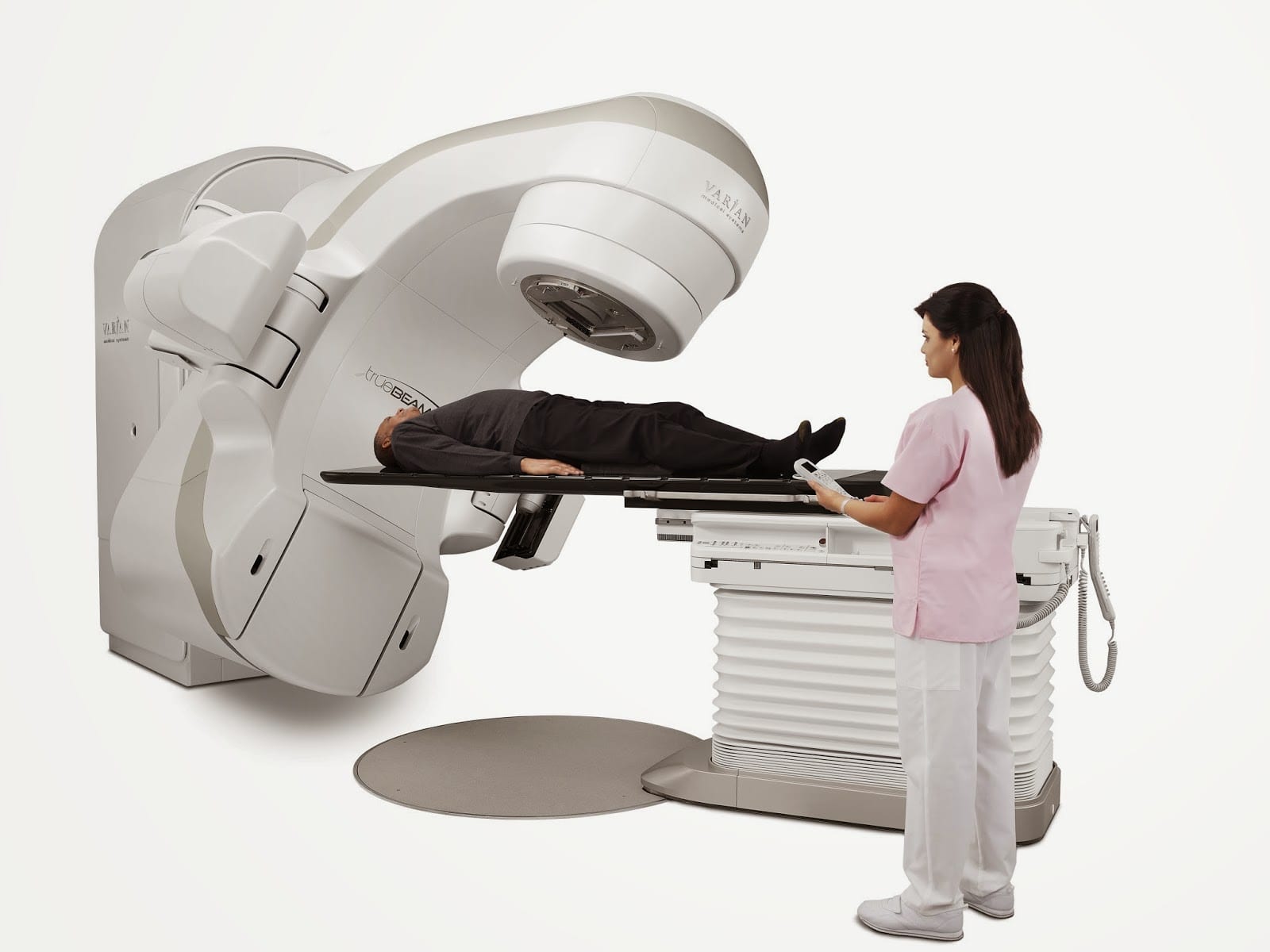 They claim that the amount of radiation that normal tissue can safely receive is known for all parts of the body and that the benefits far outweigh the risks. It’s much like placing your trust in a knowledge base that is misinformed at best.

There are so many variables that oncologists are completely unaware of for each patient, that no data can ever be scientifically or empirically derived for safe dosing of ionizing radiation at all.

Contraindications to radiation therapy are often categorized as relative or absolute contraindications, but they are rarely if ever attributed to toxicity levels present within the body.

Generally speaking, only severe pathologies of the heart or lungs as well as autoimmune/connective tissue diseases are the only reasons that oncologists would refuse radiation therapy to a patient. Everybody else is fair game.

The way oncologists typically proceed is by first acquiring the results of a computed tomography (CT) scan which bombards the patient with radiation levels more than 1000 times greater than a standard x-ray.

Although different doses of radiation are administered to kill different types of cancer cells, all doses that are harmful to cancer cells are harmful to healthy cells. The reproductive organs (testicles and ovaries) are especially sensitive to radiation, much more so than muscle or bones.

The problem is, radiation-induced damage to normal tissue is directly correlated with specific gene expressions, metal toxicity, and chronic inflammatory markers, none of which oncologists use as a contraindication to treatment.

Tumor suppressor genes are the most frequently mutated genes found in human cancer and play a key role in the cell response to ionizing radiation. Specific forms of radiotherapy are known to mutate these genes more than others especially in certain regions of the body.

So there are therapeutic targets to prevent or at least reduce the side effects of radiotherapy, but all of these are ignored.

So why don’t oncologists test for these indicators? It’s far too costly and time consuming to evaluate any patient in a pre-treatment scenario using the above markers. So they lump all patients into the same basket regardless of their individual biology.

What’s the result? More cancer. Actually, no consent form in the history of radiation treatment has ever omitted that radiation therapy causes cancer. It is a known risk the patient MUST accept. But do the benefits outweigh the risks?

In my opinion, absolutely not. Radiation therapy is equivalent to hitting your head with a hammer to relieve a headache. Regardless if the headache goes away, the end result is further injury. This is a certainty.

It is impossible to estimate cancer induction risks from radiotherapy or quantify risk/benefit ratios because the risk of radiation-induced cancers cannot be measured in a long-term scenario according to a patient’s individual health and recovery. We do know, at least to some extent, that radiation does damage the long-term health of cancer patients.

What oncologists don’t know with any degree of certainty, is if they are damaging the patient’s health more than what the original cancer would have caused in the first place.

They can deliver low-dose or high-dose interval sessions. Regardless, all are designed to damage cancer cells and all of them also translate that damage to healthy cells.

Human cells can repair certain levels of cell damage, for example at low doses, such as that received every day from background radiation, cellular damage is rapidly repaired. However, at higher levels, cell mutation and death is inevitable. At these levels many cells cannot be replaced quickly enough, and tissues can fail to function.

How Some Oncologists Misdiagnose Recurring Cancers

It is so ironic that the cancer industry calls natural health modalities quackery on the basis of scientific proof, or lack thereof, yet there is no proof that chemotherapy or radiation works to decrease mortality or morbidity. In fact there are many published studies in medical journals that have proven that chemo and radiation do not work!

They also won’t tell you how many doctors are finally getting caught in the act of misrepresenting their oath and fraudulently diagnosing healthy patients with cancer to turn a quick buck from kickbacks on cancer treatments.

In fact, your doctor cannot look you in the eye and tell you the $100,000 course of treatment he is prescribing for you will work.

Too many oncologists today are deceiving patients into believing that secondary cancers caused by their radiation treatments are metastases of their original cancer. A significant percentage of these patients will die from the secondary cancer and the cause of death is never attributed to the treatment but the original disease.

I’ve personally treated more than a dozen patients who were misdiagnosed with metastases of primary cancers, when further investigation found that radiation-induced cancer was the cause.

The mechanism by which this occurs is well understood, but most oncologists refuse to disclose the quantitative models predicting the level of risk to patients. It’s too informative of the magnitude of risk involved.

However, there’s no way for doctors to know that all of the cancer cells in the body are gone or how many cells were mutated or damaged during radiation treatment.

Some cancer cells remain unnoticed in the body for years after treatment. If a cancer returns after it has been in remission, it’s called a “recurrence” and often attributed to the original cancer diagnosis, not the treatment. Patients with survival of 5 years or less are listed as radiation success, even if the cancer returns in 6 years.

The death of brain cells is often a side effect of radiotherapy that results in impaired cognition and possibly death.

Statisticians will still claim radiation successfully “cured” the patient, even if the treatment itself kills patient. The exact pathological events that led to the patient’s cause of death is never full revealed because of the patient’s history.

There are many facts on cancer that conventional medicine claims are myths. I would encourage you to read as much research as possible on natural health remedies such as IV vitamin C as well as the use of DMSO and Vitamin C to pursue strategies that are far less invasive than chemotherapy and radiation.

It is also possible to protect yourself and detox from different types of radiation if you’ve already had treatment. Note that even low doses of radiation can cause cancer.

Become as informed as possible on what causes, prevents and treats cancer without necessarily feeling that the allopathic approach is your only option. Information is power and it’s at your fingertips.

Related: The Testimony of a Guy Who Healed Himself of Cancer;