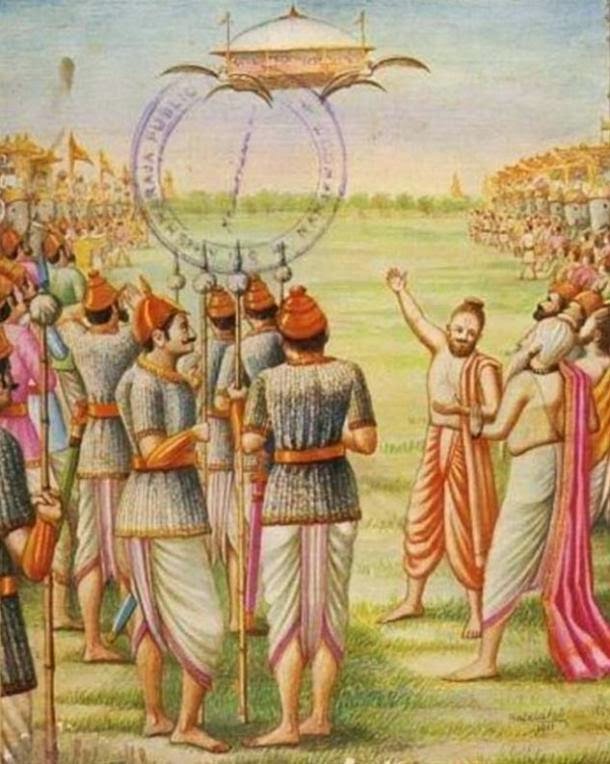 A controversial paper presented at the prestigious science conference, the 102nd Indian Science Congress in Mumbai, claims human aviation and advanced space flight was achieved and mastered by the ancient Indians, thousands of years before the Wright brothers in 1903.

The paper, presented by Captain Anand Bodas and Ameya Jadhav within a session titled Ancient Sciences through Sanskrit, details that in Vedic texts from 7,000 years ago, airplanes are described as being able to fly backwards and side-to-side.

They could also shuttle between countries, continents and even planets. 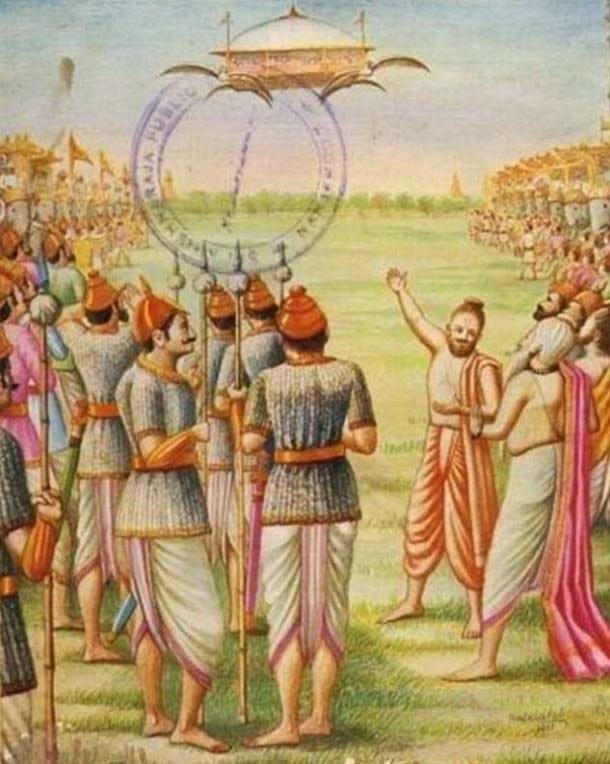 “There is official history and unofficial history,” said Captain Bodas, according to TheNational. “Official history only noted that the Wright Brothers flew the first plane in 1903,” but the inventor of the airplane was really a sage named Bharadwaja, who lived around 7,000 years ago. “The ancient planes had 40 small engines.” 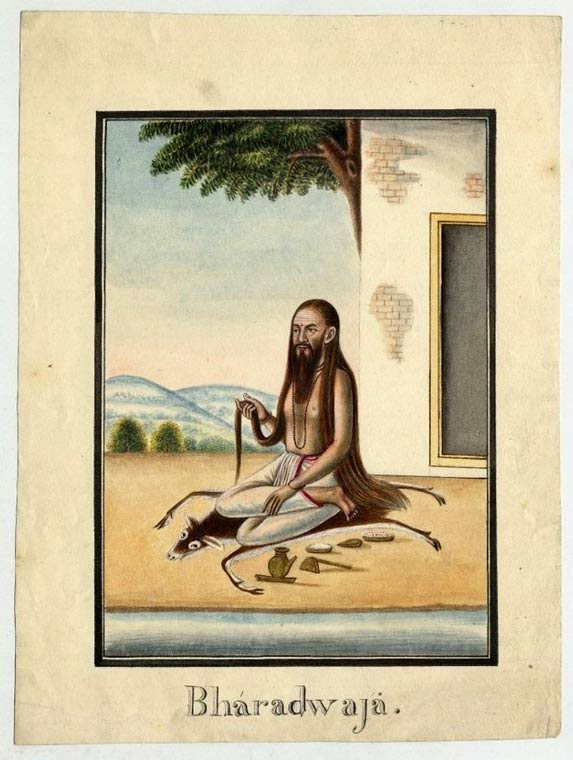 Painting of Bharadwaja, said to be one of the greatest Hindu sages. Public Domain

The Vedas are a large collection of Sanskrit texts originating in ancient India and constitute the oldest layer of Sanskrit literature and the oldest scriptures of Hinduism.

Some of the collection, such as the Samhitas, are known to date back to at least 1,700 B.C., although it is believed that many go back much further. 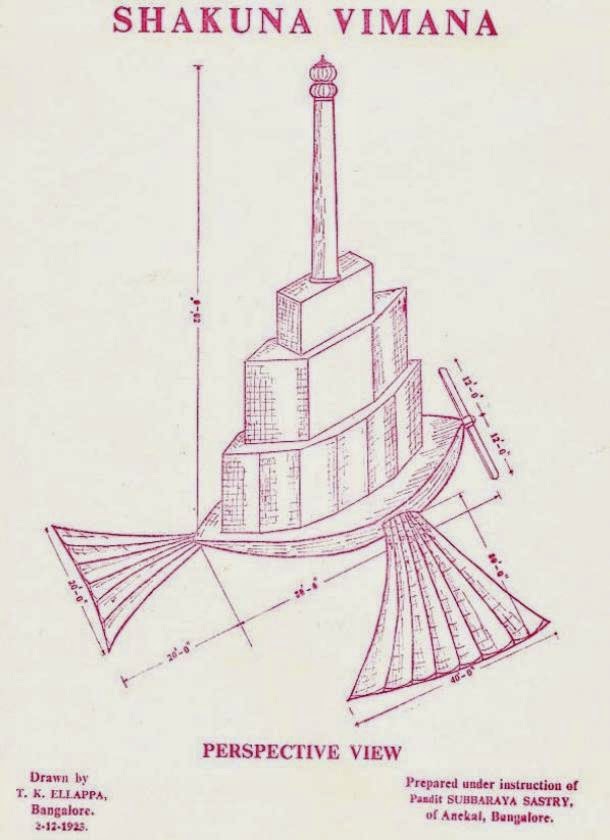 An illustration of the Shakuna Vimana that is supposed to fly like a bird with hinged wings and tail. Public Domain

The subject of ‘flying machines’ has been a popular subject among ancient astronaut theorists, who argue that some extracts are evidence of extra-terrestrial visitations:

“The Pushpaka (flowery vimana) chariot that resembles the Sun and belongs to my brother was brought by the powerful Ravana; that aerial and excellent chariot going everywhere at will… that chariot resembling a bright cloud in the sky… and the King (Rama) got in, and the excellent chariot at the command of the Raghira, rose up into the higher atmosphere.” (Ramayana)

However, Captain Bodas said that ancient Indians invented the technology and that it was later forgotten because of the passage of time, foreign rulers and things being stolen from the country.

The Times of India reports that the paper, presented at the conference which included six Nobel laureates and award winning academics and scientists in its roster, has been met with skepticism, claims of “pseudo-science,” and the argument that the theory undermines empirical evidence by citing ancient religious texts.

The Indian Science Congress Association (ISCA) is a premier scientific organization of India, with more than 30,000 scientist members. The ISCA’s mandate is to publish journals, hold conferences and advance and promote the cause of science. 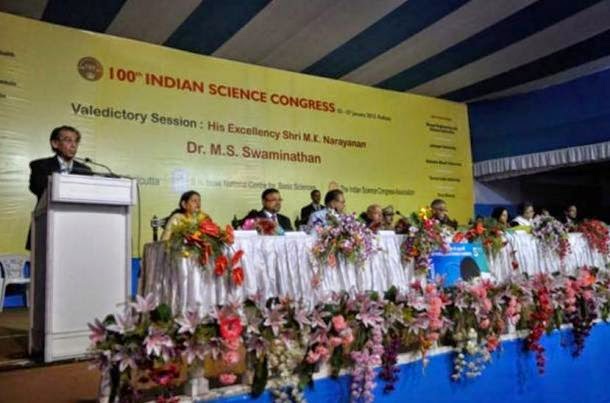 NASA scientist Dr. Ram Prasad Gandhiraman started an online petition before the conference was held to oppose certain lectures which were thought to advance a mix of science, mythology and the politics of Hindu nationalists.

However others, such as an Indian scientist from the U.S. who attended the conference, seemed to find the examination of ancient testimony compelling, saying:

“Knowledge always grows, its flow never stops. So if all this knowledge was available in the ancient days, I need to know where it stopped. Why did it fail to grow? Why was there no advancement? When did it stop? I am not aware of the chronology of events, but I am definitely willing to learn more and find out.”

This article is published with the permission of Ancient-Origins.net, which releases the most up to date news and articles relating to ancient human origins, archaeology, anthropology, lost civilizations, scientific mysteries, sacred writings, ancient places and more.