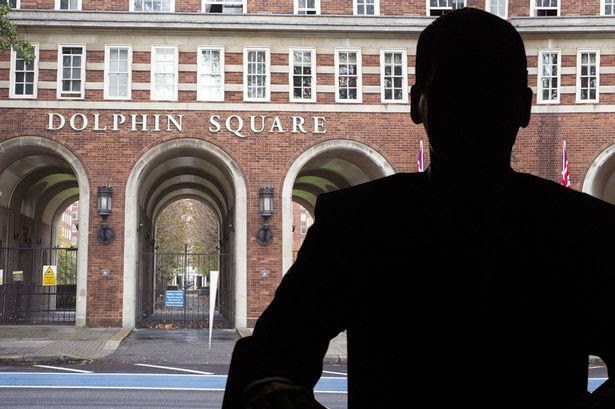 If the Royals and Westminster have anyone to thank, it’s whoever was behind this week’s terrorist extravaganza in Paris – because it stole away media attention from multiple child sex scandal cover-ups which are currently crippling public confidence in the elite’s ability to preside over a fair and just society.

The shocking report from The Mirror below talks about the notorious elite sex-ring haunt known as Dolphin Square, located in Pimlico, near Victoria in London.

This was the same venue described in heavy detail in the late 1990′s issue of Scallywag Magazine, whose exposé on Westminster’s paedophile network sent shock waves through the halls of privilege and power, but was covered-up by the mainstream media.

The later Tory luminary, Lord McAlpine was prominently featured in the Scallywag report, but interestingly no legal action was taken by him, or any others regarding the specific revelation mentioned in that controversial issue. 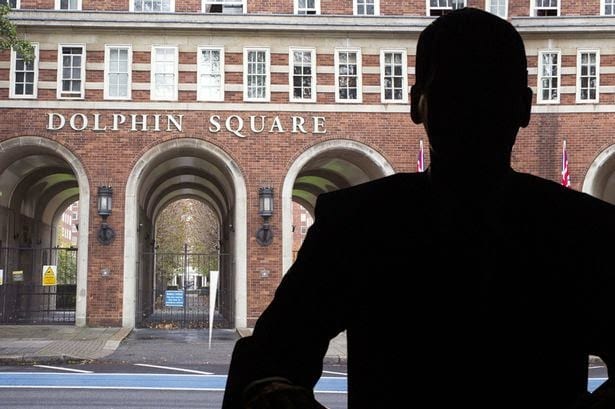 John Major did sue the magazine later on, but that suit was  for ‘wrongly’ naming him in an illicit affair (which he denied at the time) with fellow MP Edwina Currie (which was later proven to be true).

This latest bombshell threatens to knock Sir Jimmy Savile OBE off of his perch as Britain’s most vile paedophile, but more disturbingly, indicates that there are still elite politicians and TV celebrity criminals still at large…

The new witness has told police a FOURTH youngster – this time a girl of 15 – may have been murdered by a VIP abuse ring which included politicians and a TV comedy star. 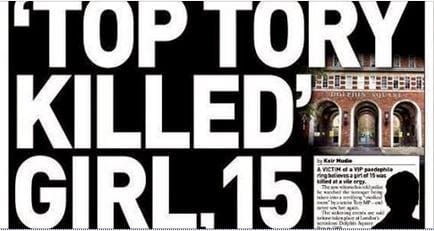 The new witness has told police he watched the teenager being taken into a ­terrifying “medical room” by a senior Tory MP – and never saw her again.

The sickening events are said to have taken place at London’s notorious Dolphin Square flats in the 1990s, the Sunday People can reveal. He fears the teenager may have been killed by a brutal sadist acting out his horrific fantasies.

It would make her the fourth reported murder victim of a Westminster-based pervert ring, some of them household names. The witness told the investigative website Exaro that he was himself abused while in his teens by prominent politicians and a famous comedian at the now notorious Dolphin Square complex in central London.

We are calling the man Darren, ­although that is not his real name ­because he lives in hiding, fearing for his own life. He is the third alleged victim of the gang to come forward. Darren told us:

“I would never have gone to those parties willingly. It was fear that led me to Dolphin Square.”

Recalling the night in 1993 he ­believes a girl died, he said:

“I ­witnessed a senior Tory politician go into the medical room with a girl who I know was 15. This was a bedroom containing a hospital-type bed with shackles, gimp masks and a tiled, washable floor.

“She was 15 and in care. I didn’t know her name but had been bumping into her for years at paedophile parties. I had been trafficked for sex since I was a young boy, initially by my father.

“She had a smashing smile and wore braces on her teeth. I never saw her leave that room, in fact I never saw her again. I fear she may have been killed.” – Continue reading.

If you want to know the truth about the “elite” pedophiles, please find the courage to read more articles here. These Satanists that rule the world from the shadows must be stopped! You can help by becoming informed and spreading the knowledge.