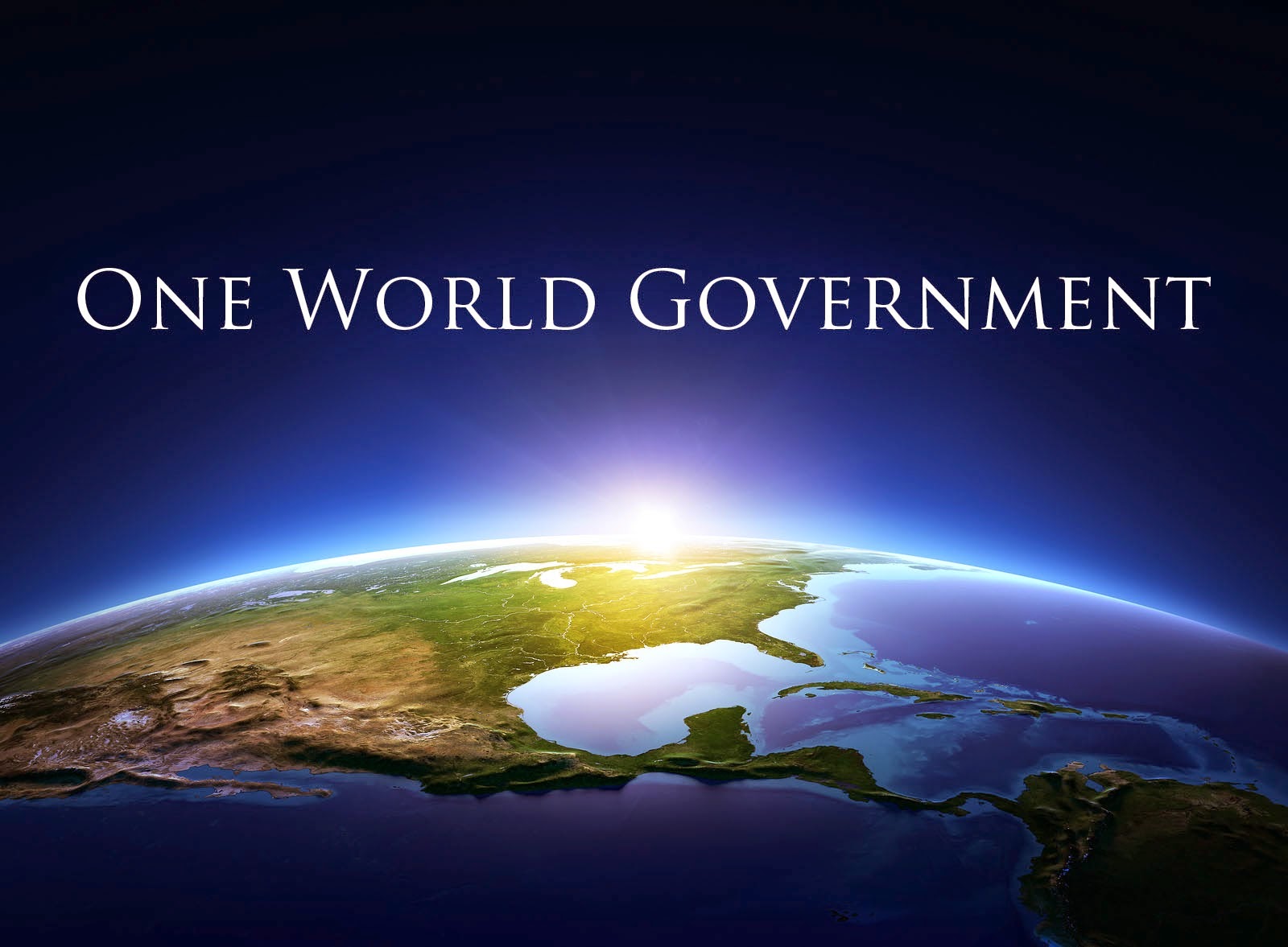 Planning the Steps to a One World Government

In the book of Jeremiah, the prophet tells of the pending invasion of Judah by the Babylonian king, Nebuchadnezzar. He records, “the snorting of horses was heard in Dan.”

Can you imagine an invasion of that kind? You have been warned by reports that there is an invading army on the way.

As they get closer you can feel the ground move as the multitude of well-trained soldiers and galloping horses get closer to your city. You are strangely aware that your world is going to change forever as you hear the snorting get louder.

That is how I felt fourteen years ago when I read the 1994 United Nations Development Report. 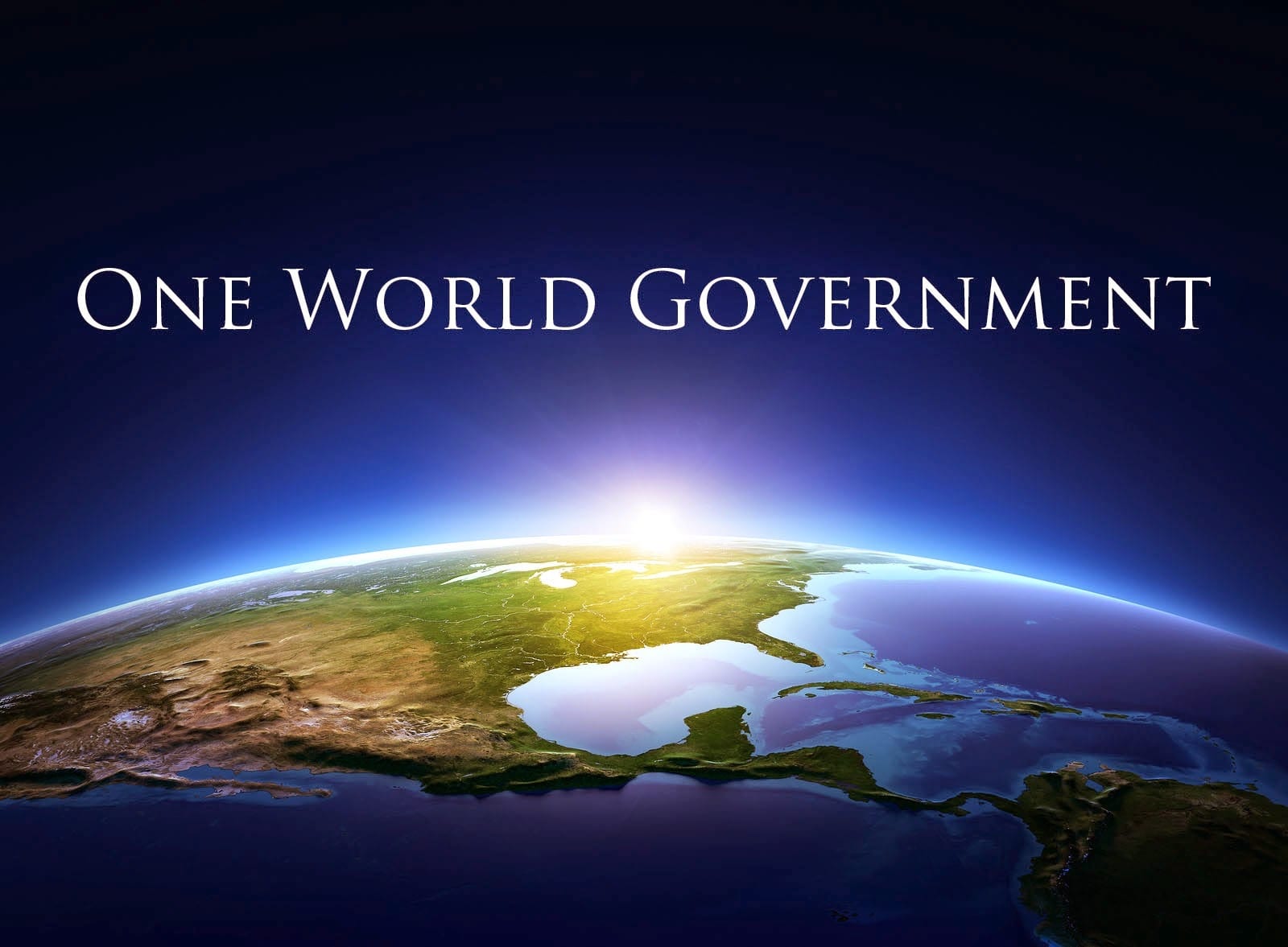 I was absolutely shocked to read the Special Contribution entitled “Global Governance for the 21st Century” by the 1969 Nobel Prize for Economics, Jan Tinbergen. He wrote,

Mankind’s problems can no longer be solved by national governments. What is needed is a World Government. This can best be achieved by strengthening the United Nations system. In some cases, this would mean changing the role of UN agencies from advice-giving to implementation.

But some of the most important new institutions would be financial-a World Treasury and a World Central Bank. Just as each nation has a system of income redistribution, so there should be a corresponding ‘World Financial Policy’ to be implemented by the World Bank and the World Central Bank.

Some of these proposals are, no doubt, far-fetched and beyond the horizon of today’s political possibilities. But the idealist of today often turns out to be the realists of tomorrow.

In that report, it also laid out the changes to be made to the international level of government in order to complete the necessary powers: They included:

A World Central Bank which should have five functions:

The institution named to be the successor organization was the International Monetary Fund.
This new central bank would float a new issue of Special Drawing Rights-SDRs and it would have “Global Macroeconomic Management” worldwide. It would also acquire some regular control of international banking activities.

A World Trade Organization to be the successor to the General Agreement on Trade and Tariffs.

An Economic Security Council to “review the threats to global human security and agree on required action.”

It would have 11 permanent members and another 11 rotating members. They would not have any veto and it would “coordinate activities of the UN agencies and watch over the policy direction of all international and regional financial institutions.”

The report stated, “It will probably take some time and probably some international financial crisis-before a full-scare World Central Bank can be created.”

It appears we are there. For most people, the things that I wrote about were ridiculous. Why? Because they were not reading the same documents I was reading. At the 101 global meetings I have covered around the world, these kinds. of ideas were considered exciting and were being actively discussed, as they are now.

Also in 1994, The Bretton Woods Commission which was convened by Paul Volcker, former Federal Reserve Chairman and James D. Wolfensohn who was the Director of the World Bank met. Their report confirmed the 1994 Human Development Report and called for “greater economic convergence among countries.” With regard to a world monetary system, the Commission stated,

“Any future international monetary system should focus on the major international currencies which dominate trade and global capital markets. For some time to come these will be the dollar, the yen and the Deutsch mark [or its successor European currency). The alternative to a new global system is to continue the present non-system of loose ad hoc cooperation, dominated by the G7 process (pages 4-5).”

Furthermore the Bretton Woods Commission said the IMF “should be given a central role to play in coordinating macroeconomic policies and in developing and implementing monetary reforms. They said that the IMF should be given surveillance in order to secure a more stable exchange rate system and that the Special Drawing Rights are needed-but not now, and should be considered at some other time.”

Interestingly enough the Bretton Woods Commission was supported by numerous foreign and American Banks which included, J.P. Morgan, Kidder Peabody International, Inc., Merrill Lynch, Morgan Stanley Group, Salomon Brothers, The Ford Foundation, The Carnegie Endowment for International Peace, The German Marshall Fund and S. G. Warburg Group. Some of these banks no longer exist and some even had trouble earlier in our current banking crisis.

I was seeing the plan for a future world governmental structure. I used the 1994 Human Development Report as my blueprint for the future and what I should look for.

Then in February, 2004, I interviewed U.S. Treasury Deputy Assistant Secretary for Public Affairs, Tony Fratto at the G7 Finance Ministers meeting in Boca Raton, Florida. Part of our discussion follows:

Veon: Given the drop in economic, financial, and trade barriers and as America moves into a global economy what else needs to be done to complete this global economy?

Fratto: There is still a lot more that needs to be done. There are many countries around the world with trade barriers affecting financial services, affecting capital flows, allowing for financial service firms to invest and be welcomed into their countries and we are going to see a lot more of that and it is part of the Free Trade Agreements and negotiations, regionally and at the Doha Round [WTO level]. Treasury plays a major role in negotiating the investment chapters [of the WTO Agreement] and the chapters that concern financial flow and we will see more of that.

Veon: The Bank for International Settlements set up the Financial Stability Forum-FSF-how important is that in today’s economy to manage a global system without borders?

Veon: Given the fact that the economic, trade, financial, political and information barriers between the nation-states have fallen, is there a deadline-2014 or 2020 for the completion of the global financial architecture?

Fratto: No one has put a specific date on it. From our perspective, we don’t want to be bound by deadlines, but we want to see progress-steady and every day on these issues. Things like Basel II, we are moving that forward. The liberalization of rules for capital flows-you will see more of that.

Veon: Foreigners have been willing to hold U.S. debt because it is a reserve currency, is there any discussion of a shift to the dollar sharing the reserve currency with the euro?
Fratto: I will not comment.

Veon: If 65% of central bank foreign exchange reserves are in dollars, will you be discussing how much more they will be willing to hold of dollars?

Fratto: I will let the ministers address those kinds of questions.

As you can see, the U.S. Treasury was actively working to expand a global economic infrastructure. The things that I was hearing on the international level, along with the ideas of the 1994 Human Development Report, were common knowledge to everyone except the American people. Later on in November, I interviewed Paul Volcker and specifically asked him about what he saw for the future.

“What the world needs is a global currency.” I asked if he meant “the Special Drawing Right.”

He refused to answer. Then in 2007, I interviewed him again and asked about the Special Drawing Right. He told me that it had not been on his lips for years. His actions and words are not the same.

As a result of the 2008 Credit Crisis which continues in 2009, Congress has been trying to understand the agenda behind the actions of the U.S. Treasury and the Federal Reserve.

In an exchange between Congressman Ron Paul (R-TX) and Paul Volcker on February 24, 2009, Ron Paul specifically asked him about his opening statement to the House Banking Committee in which he talked about “strong coordination among national authorities, unifying accounting standards, liquidity requirements, and ‘internationally agreed to’ arrangements.”

Congressman Paul wanted to know if Volcker was referring to:

“a super IMF or if we were going to revive the SDRs? What kinds of discussion are going on internationally right now to devise a standard and are you a participant in these international negotiations to come up with this new system?”

“No, No. I don’t know of any coherent or regular discussion going on officially and there are very few going on unofficially in terms of construction of the monetary system.”

As they bantered back and forth with Volcker refusing to give forthright answers, Volcker said:

“I can’t tell you the answers-they are not apparent. Make no mistake. This is a unique moment in economic history where the world is going on the basis of fiat currencies.”

It was apparent by his answers, his laughter at Ron Paul‘s forthrightness, and his body language that he had no desire to be honest in his global involvement.

In short, we have the global crisis which the 1994 Human Development Report said would probably need to happen in order to shift to a global system of government. It is also glaringly noticeable that the report was right on the money in terms of where the world needed to move to complete a global integration of countries.

Without the continuous move to drop the barriers between nation-states that began with the birth of the International Monetary Fund and the World Bank in 1944 and continued into the 1990s with the birth of the World Trade Organization in 1994, it would not be possible to have the global financial integration through common regulatory laws that the leaders of the G20 are calling for.

Furthermore, a world central bank, the Special Drawing Rights, and an Economic Security Council would not be possible. However in a world where there are no longer any barriers between nation-states, total integration and a world government structure is possible.

The newly empowered G20 is actively pursuing greater powers and responsibilities for the IMF. The IMF already has power over all countries, including the U.S., as it does country financial assessments.

Furthermore, the Special Drawing Right was adopted by the Bank for International Settlements in 2004 when they switched “for bookkeeping entries” as I was told from the Swiss franc to the SDR. In 1999, when the Financial Stability Forum while set up, was never given much public attention, now it is at the center of the G20 discussions.

Lastly, in conjunction with the G20 meetings, a special commission at the United Nations headed up by Dr. Joseph Stiglitz is calling for the G20 to become a fully recognized Economic Security Council on par with the Security Council.

The bottom line is that the above comprises the moving of the ground beneath us. Everything we have experienced as a sovereign country is in the process of being changed.

The enemy cannot have the advantage over you in battle if you know his agenda. Do you hear the snorting of the horses yet?

By Joan Veon, News With Views, via Rense.com

Jordan Maxwell: Vatican is in Control of the World Previous post
How to Release the Ego & Transform the World Next post