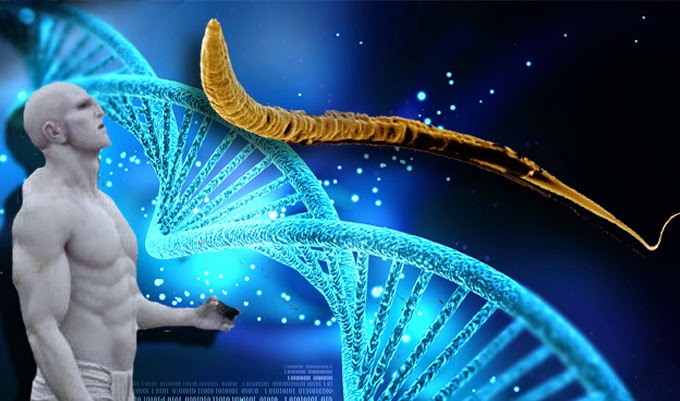 Humans Have 145 ‘Alien’ Genes: Some DNA is NOT From Our Ancestors

Humans contain ‘alien’ genes not passed on from our ancestors, researchers have discovered. The say we acquired essential ‘foreign’ genes from microorganisms co-habiting their environment in ancient times.

The study challenges conventional views that animal evolution relies solely on genes passed down through ancestral lines – and says the process could still be going on.

The research published in the open access journal Genome Biology focuses on the use of horizontal gene transfer, the transfer of genes between organisms living in the same environment. 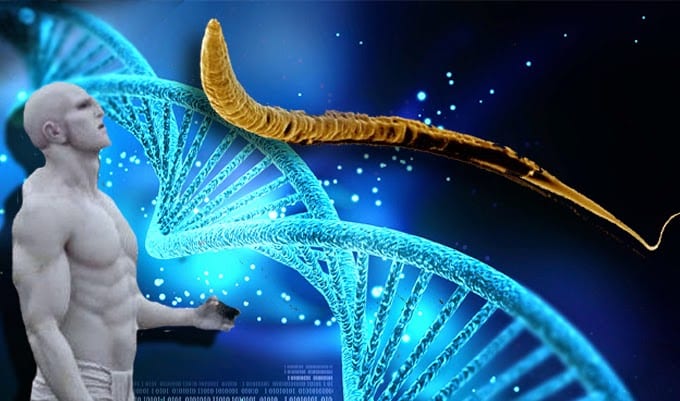 “This is the first study to show how widely horizontal gene transfer (HGT) occurs in animals, including humans, giving rise to tens or hundreds of active ‘foreign’ genes,” said lead author Alastair Crisp from the University of Cambridge.

“Surprisingly, far from being a rare occurrence, it appears that HGT has contributed to the evolution of many, perhaps all, animals and that the process is ongoing, meaning that we may need to re-evaluate how we think about evolution.”

It is well known in single-celled organisms and thought to be an important process that explains how quickly bacteria evolve, for example, resistance to antibiotics.

HGT is thought to play an important role in the evolution of some animals, including nematode worms which have acquired genes from microorganisms and plants, and some beetles that gained bacterial genes to produce enzymes for digesting coffee berries.

However, the idea that HGT occurs in more complex animals, such as humans, rather than them solely gaining genes directly from ancestors, has been widely debated and contested.

The researchers studied the genomes of 12 species of Drosophila or fruit fly, four species of nematode worm, and 10 species of primate, including humans.

They calculated how well each of their genes aligns to similar genes in other species to estimate how likely they were to be foreign in origin.

By comparing with other groups of species, they were able to estimate how long ago the genes were likely to have been acquired.

A number of genes, including the ABO blood group gene, were confirmed as having been acquired by vertebrates through HGT. The majority of the other genes were related to enzymes involved in metabolism.

In humans, they confirmed 17 previously-reported genes acquired from HGT, and identified 128 additional foreign genes in the human genome that have not previously been reported. – Continue reading

More on the subject from Red Ice Radio:

I have human origins presented differently and measurable. Up until 17,000 years ago there were two primary genus lines:

Of the 90 percent lines of Earth evolved lineages it started from australopithecus through homo erectus through to Neanderthal the last species 17,000 years ago.

To put it in different words… an Ape inhabited Earth was invaded of its destiny by the star visitor human genus lines who evolved somewhere else.

From 17,000 years ago in a massive arrival wave Neanderthal probably caught our diseases and only the more agile hardy apes survived.

To add more… we are as good as apes or hominids if our world were one third less size like Mars. humans are so out of harmony with Earth even our circadian rhythms are set for a 25 hr day and we have so may allergies and disease and no resistance to the strength of our own sun.

Zecharia Sitchin also found tablets saying they tried to make humans more adaptable for the Earth and no doubt sun resistant melanin would be chosen. Sad though it is in context with slavery.