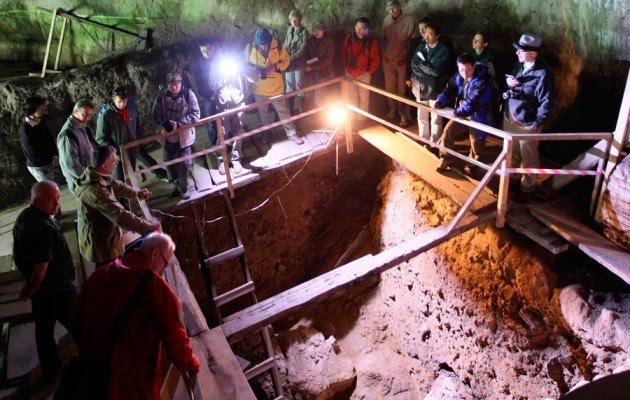 Evolution is something scientists have observed at several different levels in nature, and when it comes to human ancestry, they’ve been able to collect bits and pieces of the giant puzzle that is human evolution.

We do know that some form of evolution (scientifically speaking)  has occurred on various levels, but there are still many missing links to our evolutionary journey, and new discoveries made every year are continuing to re-write what we previously believed to be true.

It’s important to remember that there is still much we do not know, and the evolutionary tree is far from understood, let alone complete. 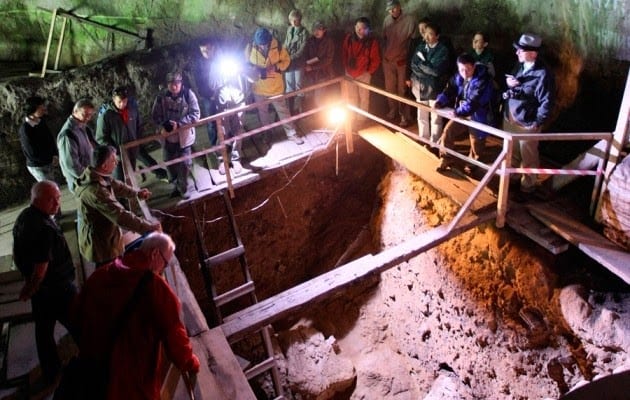 One great example is a discovery that was made just over a year ago where researchers discovered what looks to be an entirely new species of hominin that is currently unknown to modern day science. The discovery was made in a Siberian cave.

A DNA analysis of the subject’s genome detected traces of what is known as a “Denisovan,” who are considered to be the mysterious cousins of the Neanderthals.

The alarming part is the fact that the genome also contains odd bits of DNA which seem to come from a completely unknown, unidentifiable group of “people.”

The genome from a Neanderthal was also analyzed from the excavation, and the results suggest that interbreeding occurred among members of multiple ancient human-like groups in Europe and Asia more than 30,000 years ago, “including an as yet unknown human ancestor from Asia.”

“What it begins to suggest is that we’re looking at a Lord of the Rings type world – that there were many hominid populations.” – (1) Mark Thomas, evolutionary geneticist at University College London.

Again, Neanderthal and Denisovan’s are believed to have bred with anatomically modern humans, thus contributing to the genetic diversity of many people today.

That being said, this new discovery suggests that our genetic diversity is far more complex, and again, includes a being (or beings) that has yet to be identified.

“The best explanation is that the Denisovans interbred with an unidentified species, and picked up some of their DNA. Denisovans harbour ancestry from an unknown archaic population, unrelated to Neanderthals.”  (2) – David Reich of Harvard Medical School

Who Were These People?

This finding is one small example of the many mysteries and questions that remain regarding human evolution.

There is also the anomaly regarding evidence found which suggests intelligent, extremely advanced (more so than we are today) ancient human civilizations might have existed in our ancient past, from millions of years ago all the way up to recent history.[3]

Related: 9 Scientific Facts Prove the “Theory of Evolution” is False

Where does all that fit into the equation? That is, however, a completely separate topic for a separate article.

The amount we do know is but a tiny drop in an ocean, full of unknowns that have yet to be discovered, that will one day shed light on the mystery of human origin.

Are We the Children of the Anunnaki? Previous post
Britain's Roswell: The Rendlesham Forest UFO Incident Next post