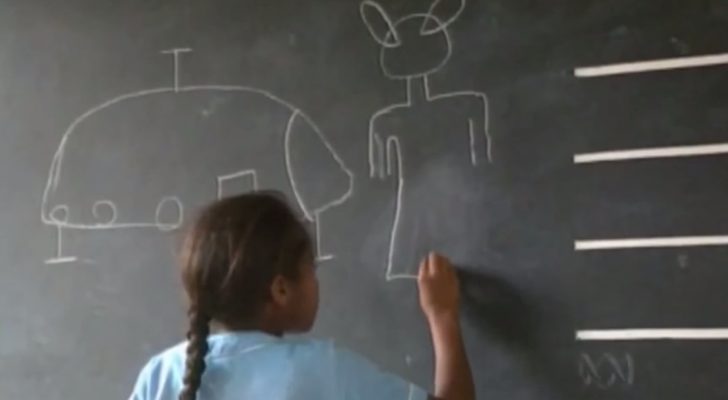 One of the most astonishing UFO witness cases comes from a supposed encounter with over sixty schoolchildren in the town of Ruwa, Zimbabwe, on September 16th 1994.

The children claim to have seen multiple hovering objects that resembled what we would describe as spaceships.

Remember, unidentified objects have been tracked on radar scores of times – and at the same time have been visually confirmed by military pilots (and more) from all over the world. Dozens of governments have already disclosed the existence of UFOs. 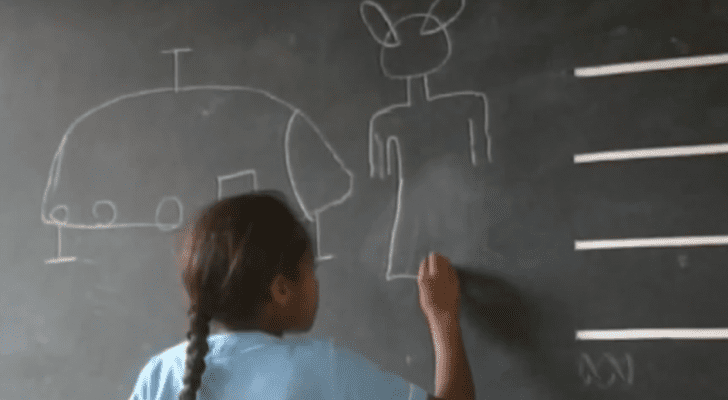 What is so intriguing about these disclosures is the fact that these unknown objects perform extraordinary maneuvers that defy our current understanding of physics, maneuvers that no known aircraft in the world can perform.

“Until this day, he has never stopped talking about it.” – Mother of one of the children (source)

Some of these children were so taken back by this experience that they ran into the school crying.

Just as the title states, over sixty schoolchildren were playing outside at recess when they all said they saw a large craft, and multiple small crafts land in a nearby field. Not only that, they said they saw multiple “beings” that they described as non-human. 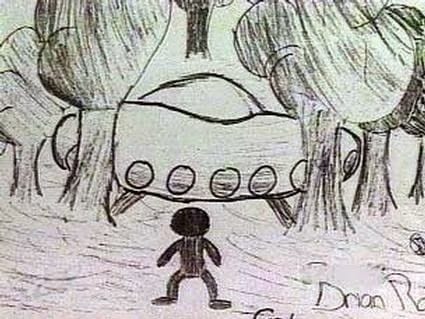 This story has been well documented, is very serious, and was studied by various researchers. One of them is Harvard University psychologist Dr. John Mack.

He himself interviewed these children personally, as well as many others. The story spread around the world quite fast and his interviews with the children were conducted shortly after the incident.

There is also footage (in the videos linked within this article) of interviews with the children many years after the incident.

The remarkable thing about this story is that all of the children told the exact same story, precisely, as if what had happened really did occur; they were being completely sincere about their experience.

Another remarkable fact about this case is that the children’s drawings of what they saw were also extremely consistent with one another. They were, as Dr. Mack points out, clearly telling a story as if it had actually happened – they believed what they were saying and there was no evidence of psychosis or delusion. 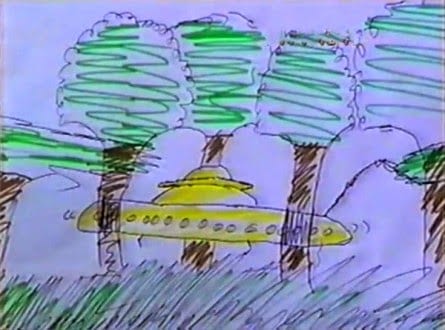 Personally, after researching this case and others, I have no doubt that these children were being completely sincere, and that what they said happened really did occur.

Below is quite a shocking clip of some of the children talking to Dr. Mack about what they saw, as well as drawings (left) and some footage with school teachers and administrators.

Anybody who has any type of experience with children will know that these children believe what they are saying, and anybody who feels the same way as I do about children would know that something big probably happened here.

What adds even more validity to the story is the fact that these children are on a very long list of (completely normal) people who have had real, genuine unexplained encounters.

“They came running up here in such a panic, and even if we staged it they could have not all run together like that. They came up here like a living snake, we were in a staff meeting and we just heard them screaming and screaming… A child cannot make that up.” – Teacher from the school (video below)

Again, the children in the video are  described as being mentally sound, and there are no indications that they were distorting the truth or were confused, or otherwise unable to make an account of what they saw.

“They describe these events like a person talks about something that has happened to them. I can tell that these are people of sound mind telling me something…” (quote continued in the video) – Dr. John Mack, professor of psychiatry, Harvard Medical School

Some of the children were asked what they got from the experience. One of them answered that they were here to tell us that “we don’t look after the planet properly.”

This makes one wonder, were these extraterrestrial beings from another world trying to get children to think about what we are doing to our planet? 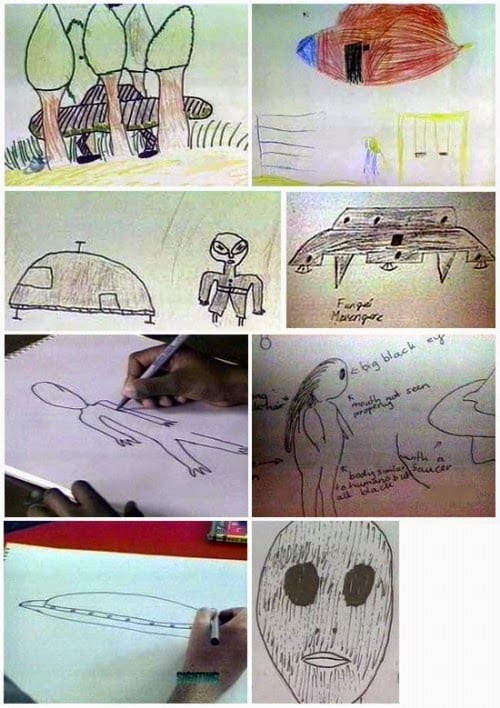 This was no joke, the child was stricken with a horrible feeling and vision that the world might end, that “all the trees would go down and nobody would be able to breath.”  (quote taken from video above)

Quite a scary thought for a child to bear.

Perhaps the beings accidentally came upon these children? Perhaps they meant to? Maybe they were there for other reasons?

The fact that all of the adults were in a staff meeting is also intriguing; did these beings purposefully make an appearance, timing it perfectly for when there were no adults around? What do you think the purpose for such an encounter could be?

20 Years After The Incident

The video footage above also has footage from some of the children 20 years later speaking about their experience. They are able to communicate clearly and maturely about what happened.

I just wanted to re-iterate that here, as it is some important footage of them from another perspective speaking about their experience, years after the event occurred.

There is also some more great footage HERE. This is where I found the quotes below, taken from the same children in their adult years.

Again, you can find some footage of some of the other kids that were also involved in the incident shortly after the event occurred, as well as many years later in the video above as well.

“All of a sudden it was just like imaging going through my head, a message, telepathic communication.” (source)

“We met up on many occasions after that, hugged and shook our heads and said that was the most amazing experience of our lives wasn’t it?” (source)

It’s not uncommon for a child to make something up, but when you have more than sixty children doing it with such accuracy, it’s difficult to believe that something extraordinary didn’t happen here.

“I must say that if your listeners could see for themselves the mass of reports coming in from airborne gendarmerie, and from the gendarmerie charged with the job of conducting investigations, all of which reports are being forwarded by us to the CNES (National Center for Space Studies), then they would see that it is all pretty disturbing.” – Former French Minister of Defense, Robert Galley (Dolan, Richard. UFOs For the 21st Century Mind: New York: Richard Dolan Press, 2014.)

On the other hand, we do have a great deal of evidence lending belief to the idea that some of these craft could indeed be controlled by a non-human intelligence, and this specific case in Zimbabwe is one of many supposed encounters that has so many people believing that we are not alone, and that intelligent extraterrestrial life is, and has been, visiting us for quite some time now.

“There is a serious possibility that we are being visited and have been visited for many years by people from outer space, by other civilizations. Who they are, where they are from, and what they want should be the subject of rigorous scientific investigation and not be the subject of ‘rubishing’ by tabloid newspapers.” (source) – Lord Admiral Hill-Norton, Former Chief of Defence Staff, 5 Star Admiral of the Royal Navy, Chairman of the NATO Military Committee

“There is abundant evidence that we are being contacted, that civilizations have been monitoring us for a very long time. That their appearance is bizarre from any type of traditional materialistic Western point of view. That these visitors use the technologies of consciousness, they use toroids, they use co-rotating magnetic disks for their propulsion systems, that seems to be a common denominator of the UFO phenomenon.” (source) – Dr. Brian O’leary, Former NASA Astronaut and Princeton Physics Professor

“Decades ago, visitors from other planets warned us about the direction we were heading and offered to help. Instead, some of us interpreted their visits as a threat, and decided to shoot first and ask questions after.” – Former Canadian Defense Minister, Paul Hellyer (source)

Below are some more pictures that the children drew; there are also a couple above within the article.

For more remarkable statements by “high ranking” people you can click here.