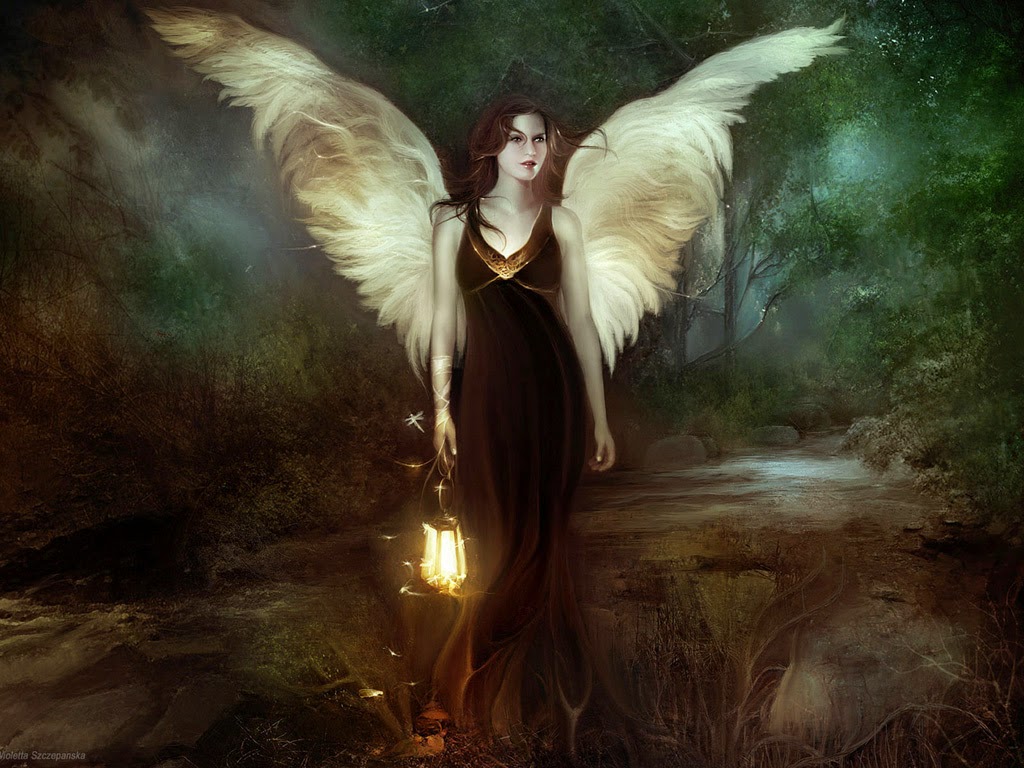 The Knowledge and Conversation of the Holy Guardian Angel

The origin of the term Holy Guardian Angel is unknown.

It was possibly coined either by Abraham of Wuzburg, a French Kabbalist who wrote a treatise on ceremonial magic in the 15th century, or Samuel Liddell Mathers, who later translated the work as The Book of the Sacred Magic of Abramelin the Mage.

In the translation Mathers wrote: 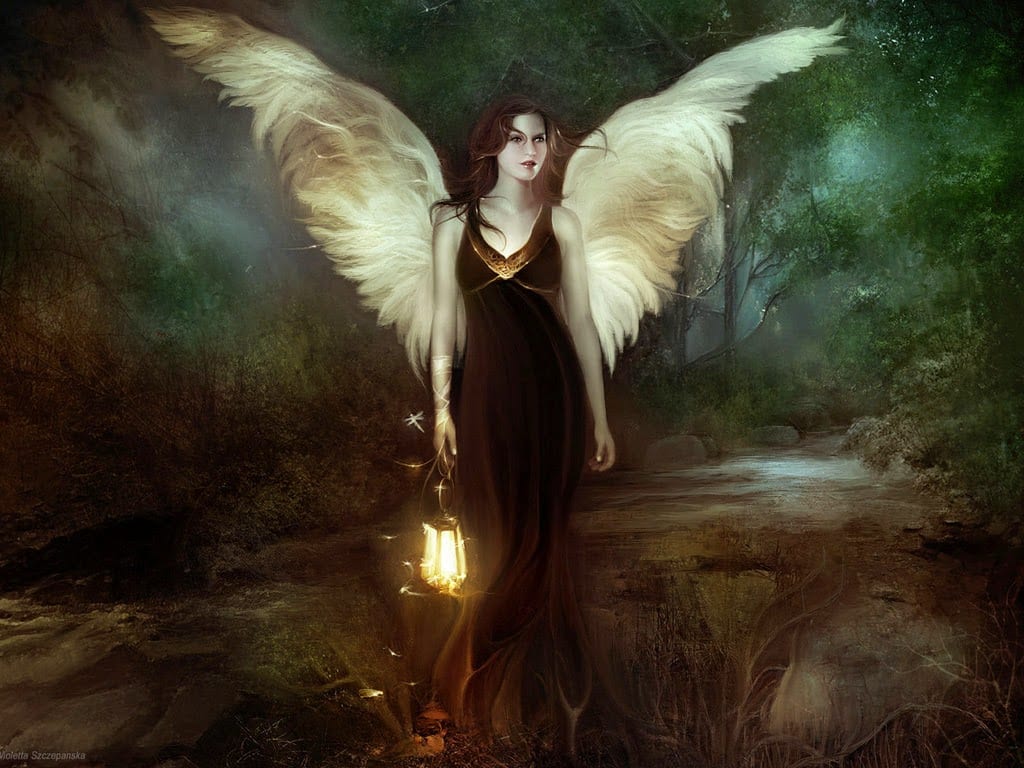 “If thou shalt perfectly observe these rules, all the following Symbols and an infinitude of others will be granted unto thee by the Holy Guardian Angel; thou thus living for the Honour and Glory of the True and only God, for thine own good, and that of thy neighbour. Let thy Fear of God be ever before the eyes and heart of him who shall possess the Divine Wisdom and Sacred Magic.”

When Aleister Crowley adopted Mathers’ translation of The Book of the Sacred Magic of Abramelin the Mage from the teachings of the Hermetic Order of the Golden Dawn, he adopted as well the term of the Holy Guardian Angel which became the principle part of his magical system of Thelema.

Crowley definitely considered it equivalent to the Genius of the Golden Dawn, the Augoeides of Iamblichus, the Atman of Hinduism, and the Daemon of the ancient Greeks. For Crowley personally, the Holy Guardian Angel represented the ‘Silent Self’, his genuine divine nature.

The Idea of calling the Higher Self an Angel, or the Holy Guardian Angel (HGA), is to destroy intellectual models and concepts. The term Holy Guardian Angel sounds so beyond the intellect, that it serves its purpose. It emphasises how alien our true self is to worldly definition.

In the Gnostic tradition there are three phases of coming into an experience of the True Self; they are the External Angel, Knowledge and Conversation of the HGA and Union with the HGA. Each stage has its own characteristics and dangers.

Knowledge and Conversation with the HGA is what alchemists and occultists have called the Great Work. Aleister Crowley later called its aim ‘the knowledge of the nature and powers of one’s own being’.

Geoffrey Ashe, in his novel The Finger and the Moon, speaks of ‘the idea that a guardian angel, a spirit-watcher, a higher self as it were, does hover near each one of us’ and ‘is linked with the conscious mind through the Unconscious’. But he suggests a simpler hypothesis:

“The Unconscious, so-called, and that other self are the same. Or rather: what Freud and Jung found in each person’s psyche, beyond the reach of waking awareness – what they therefore called “subconscious” or “unconscious” – is really an aspect of the life of another being within him, another self from which the ego has split off, but which is still there, still active, still thinking, still in its own way conscious.

“Viewed under a different aspect, that inner being is also the guardian angel. Scientists may be right when they contend that you and I (meaning what those words commonly mean) have no preternormal powers. But we each carry within us an allied being who has. That is why occult phenomena continue to happen … The first step is to think of your mighty invisible companion as present, inside you. And the first commandment which follows is: LISTEN, LISTEN TO THAT COMPANION.”

The First Stage: The External Angel

The first stage in the spiritual life is to experience the HGA as a separate entity. A novice in the Gnostic tradition experiences the battles with the body and mind, and senses the HGA as a far away goal.

In many traditions (such as Bhakti Yoga) the HGA is seen as a focus of devotion and veneration. It is even sometimes visualized as a deity or personal spirit. This stage of the spiritual path is where we work to subjugate the mind and body and awaken the HGA. This stage is probably one of the most misunderstood aspects of the mystical tradition.

Christians talk about giving their life to Jesus, making Christ the centre of their existence and yet do not have any idea of what this really means. The Christian concept of conversation is a corruption of the mystical transformation that happens when we enter the path of Transfiguration.

The Christ who is the HGA and the Son of God, the Light that becomes the centre of our lives is our own True Self. Conversation is the process of putting the body and mind in their places, destroying links with the Demiurgic kingdom and invoking the True Self. This is the first stage.

The Second Stage: Knowledge and Conversation

The Second stage is where the Gnostic begins to make contact with his HGA. This is a dangerous period. So many times Gnostics and would-be Gnostics confuse Matamorphs (false-personalities) with the True Self.

It is important that this stage be handled with care; we must not confuse the personal HGA with the Source of Wisdom nor with false personalities. As the mind confronts the HGA, it is transformed; the mind is flooded with light and becomes a new mind.

As the mind is transmutated, and communicates with the HGA, the stage is set for a further transformation. This second stage is known as the Knowledge and Conversation of the Holy Guardian Angel.

Union with the HGA is the most dangerous of operations; unless the mind has been properly prepared, the energy that it invokes will destroy it. Since the light core comes from the Static Kingdom it cannot fully exist in the lower world, and hence Union with the HGA can never be fully experienced in a mortal body.

The Gnostics understood this, and this is why they went to such pains to explain the real nature of the physical form of Jesus. For the Gnostics, the body of Jesus was only partially physical.

After his Baptism (initiation) his physical body was transformed and became a phantom or shadow. For most of us this sort of transformation is unlikely, and hence, as we communicate further with the HGA a close relationship is formed.

The process of awakening the Light Self is central to Gnostic practice, but there are also many risks. However, as the Self awakens, the Gnostic will then truly know his / her home and begin to experience genuine spiritual growth and development.

About the author: Julian Websdale is an independent researcher in the fields of esoteric science and metaphysics, and a self-initiate of the Western Esoteric Tradition. His interest in these subjects began in 1988. You can visit his personal blog here.