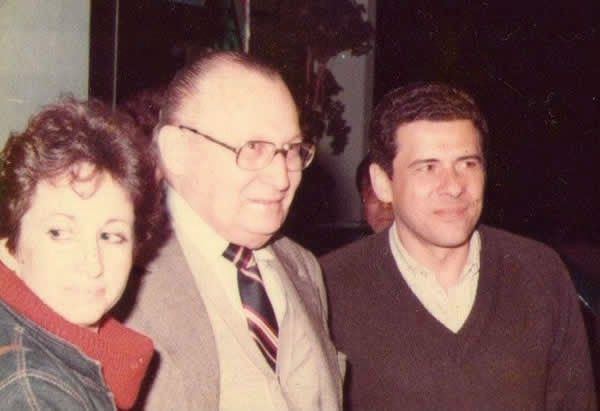 Renowned Cardiologist: The Public is Largely Unaware of the True Cause of Heart Attacks

The theory that heart attacks begin in the heart itself — the Myogenic Theory — and not in the arteries, was developed by my father-in-law, the Brazilian cardiologist, Quintiliano H de Mesquita, who died in 2000.

In this article, I propose to describe the history of the myogenic theory for a public that is largely unaware of this alternative theory since its introduction in 1972.

In addition to the myogenic theory, Dr Mesquita developed the concept of ventricular aneurysm surgery. 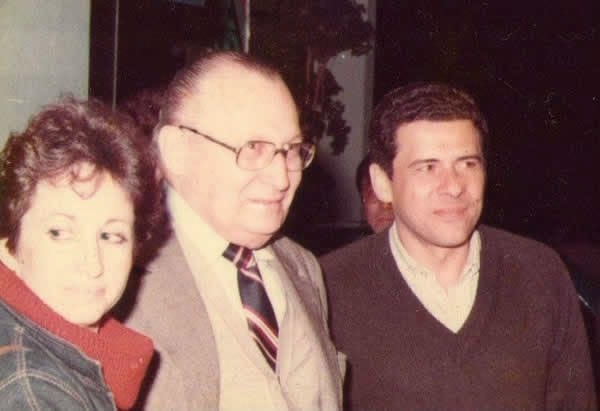 My father-in-law also made the first diagnosis of right ventricular infarction by the electrocardiogram in 1958. He was the author of more than thirty pioneer contributions to medical literature in the field of cardiology.

The main reasons that led Dr Mesquita to break with the conventional thrombosis theory of heart disease – which states that the heart attack is caused by blocked arteries — are as follows:

Dr Mesquita’s suspicion about the coronary thrombosis theory increased when he found that:

Along with these observations, Dr Mesquita also found that since the beginning of the twentieth century, several doctors had used cardiotonics (cardiac glycosides like digoxin, digitoxin, and ouabain / strophanthin), with remarkable results in the treatment of both stable angina pectoris and acute myocardial infarction.

Among these were the American Dr James Bryan Herrick (in 1912), even though he was an important supporter of the coronary thrombosis (thrombogenic) theory as the cause of heart attacks. Another was Dr Ernst Edens (1934) from Germany.

In 1975, Dr Mesquita was awarded the Ernst Edens Traditionspreis by the International Society to Fight Infarction (Internationale Gesellschaft fur Infarktbekampfung), located near Stuttgart, Germany. Its president at the time was Dr Berthold Kern, who has used sublingual strophanthin in more than fifteen thousand patients with angina or myocardial infarction.

Assuming that unstable angina pectoris (chest pain) could be the result of a regional myocardial failure (and not a clogged artery), with episodic, but reversible, manifestations, Dr Mesquita came to the conclusion that only the therapeutic correction by a cardiotonic would be able to reverse the clinical picture and prevent the myocardial infarction. Eventually he came to see heart disease as a three-stage process:

After he formulated the myogenic theory in early 1972, Dr Mesquita sought to start clinical investigations by testing cardiotonics in unstable angina. During his previous thirty-one years of medical practice, he found that all treatments for unstable angina were failures.

His many years of clinical experience led him to conclude that intravenous strophanthin (K or G) was the most reliable cardiotonic in all cases of acute myocardial infarction complicated by heart failure.

Two days after coming up with his theory, Dr Mesquita received in his medical office an engineer of fifty-seven years who had been affected for the previous fifteen days by daily outbreaks of acute coronary insufficiency, unresponsive to treatment, even to rapid-acting nitrates.

According to Dr Mesquita, this individual was predestined to provide the therapeutic proof of his new theory. The patient had come to his medical office because he was on the verge of a heart attack and his personal physician passively awaited the event which, he said, could be lethal.

Dr Mesquita gave him an injection of strophanthin-K (1/4 Kombetin mg) plus dipyridamole (Persantine 20mg), plus an oral coronary vasodilator drug, prenylamine (Synadrin 180mg/ day), for ten days, along with bed rest in his home. When he returned to Dr Mesquita’s office, the patient was declared cured because the symptoms had ceased after the first injection.

The treatment, confirmed by angiogram and ventriculogram, was so successful that Dr Mesquita felt confident of his theory. At this point, he coined his new concept the myogenic theory of myocardial infarction. 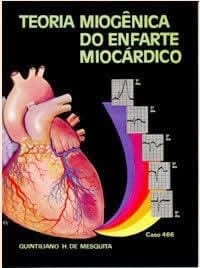 If the heart attack begins in the heart muscle itself, what is the role of atherosclerosis -hardening of the arteries – in heart disease?

In his book, Myogenic Theory of Myocardial Infarction (1979), Dr Mesquita explained that the triggering cause represented by physical exertion or psycho-emotional stress increases the activity of the heart in the face of the fixed or deficient flow in the coronary blood supply, producing the regional ischemia.

This lack of blood supply then leads to the loss of contractility within a few seconds, along with reduced ejection phase, increased volume and final diastolic pressure during the ischemia, along with an overload in contractility of normal regions of the heart.

Each episode of myocardial ischemia by stress or emotion affects the cardiac muscle segment dependent on the affected coronary artery, compromising the myocardial structure. Over time the repeated ischemic manifestations in the same regions of the heart will cause pathological structural changes, different from the unaffected surrounding non-ischemic areas of normal structure.

“Thus, the coronary disease contributes to the deterioration of the ventricular segment, constituting areas of myocardial sclerosis or segmental myocardial disease, the possible future site of the myocardial infarction.”

Stress and the Heart

One point that needs emphasis is the fact that most risk factors for coronary heart disease, including smoking, hypertension and diabetes, are associated with autonomic nervous system dysfunction with overactive sympathetic system (fight or flight response), leading to elevation of stress hormones (adrenaline and noradrenaline).

Acute stress or chronic stress overload often represents the final blow to a vulnerable segment of the heart muscle, affected by chronic coronary disease, triggering the acute myocardial infarction. However, the impact of acute stress may also trigger an MI in patients with normal coronary arteries.

Takotsubo cardiomyopathy, also known as ‘broken heart syndrome’, is a sudden temporary weakening of the heart muscle, one obviously triggered by acute stress. In broken heart syndrome the patient has an intense outflow of catecholamine, even greater than in patients with acute myocardial infarction.

Takotsubo cardiomyopathy simulates an evolving myocardial infarction clinical picture. It occurs in patients with no signs of coronary heart disease. This is obviously a condition where the aetiology is better explained by the myogenic theory of heart disease.

In addition to intense physical activity, particularly in sports competition, or unusual physical efforts that surpass the limits of the individual’s heart condition, or the heavy use of stimulant drugs, there are many risk factors for acute myocardial syndromes based on recent severe stress situations or sudden emotional upset.

These include marital separation or divorce, retirement or loss of work, loss of revenue or business failure, family conflicts, serious personal injury or illness, death or illness of a close family member, shock of a surprise party, armed robbery or other kinds of violence, heated discussion, threats or acts of war – even earthquakes and other frightening natural disasters.

Let’s look at the different philosophies, therapeutics, and outcomes for the three stages of ischemic heart disease.

The first stage is represented by symptomatic and myocardial stability, stable angina pectoris, and silent coronary cardiomyopathy (disease of the heart muscle), with and without previous infarction.

In this stage, the main therapeutic focus of the thrombogenic theory is to maintain the coronary blood flow by correcting or circumventing the obstructions in the coronary arteries caused by atherosclerosis and to avoid coronary thrombosis thought to lead to myocardial infarction.

This is accomplished through procedures like angioplasty, stents, and coronary atherectomy; the creation of grafts in the coronary artery; bypass surgery; and by the use of drugs like coronary dilators, adrenergic beta-blockers, cholesterol-lowering agents like statins, anticoagulants and antiplatelet agents.

The intention is to ensure the myocardial perfusion by improving the coronary blood flow; however, this strategy leaves the ventricular function to its own fate.

By contrast, the goals of the myogenic theory in the first stage of heart disease are to neutralize the reduced contractility effects of ischemia (restriction of blood supply to the tissues); to preserve the function of the ventricles (chambers of the heart); to prevent unstable angina, myocardial infarction, heart failure, and sudden death due to severe arrhythmias; to ensure permanent myocardial stability; to provide a peaceful, comfortable, and predominantly asymptomatic long survival; and to support the natural effects of coronary collateral circulation, when it is already established.

These goals are accomplished by the prophylactic oral use of cardiotonics like low dose digoxin plus coronary dilators and ACE inhibitors (the last one indicated by Dr Mesquita since the 1990s).

An interesting study involved two groups of stable patients using the therapeutics recommended by the myogenic theory in the first stage of ischemic heart disease; these cases were followed by Dr Mesquita and colleagues. The first group included 994 patients without prior infarction given cardiotonics, presenting over twenty-eight years the following morbidity and mortality:

The second group included 156 patients with prior infarction, also using cardiotonics, presenting over twenty-eight years the following morbidity and mortality:

As a point of interest, we can compare total, cancer, and stroke mortalities, using the therapy recommended by the myogenic theory, with those found in The Heart Protection Study (HPS), which had a follow-up of five years, involving 20,536 patients aged forty to eighty years with coronary heart disease, other vascular diseases, or diabetes.

Stage two is represented by symptomatic and myocardial instability — unstable angina pectoris, either quiescent or pre-infarction.

In this stage the primary focus of the thrombogenic theory of heart disease is to re-establish the coronary blood flow in the coronary arteries, partially or totally obstructed by atherosclerosis, with or without coronary thrombi, and to avoid the imminent myocardial infarction.

The immediate therapeutic is the use of thrombolytics, coronary dilators, beta-blockers, anticoagulants, or antiplatelet drugs — plus coronary angioplasty, stents, coronary artery bypass surgery and coronary atherectomy.

The focus in the myogenic theory is the immediate correction of the regional and primary myocardial insufficiency responsible for the secondary myocardial ischemia, and restraining the quiescent angina pectoris episodes; reestablishment of the symptomatic and myocardial stability; and prevention of myocardial infarction.

As with Stage One, the therapeutic action for the unstable angina is the use of cardiotonics plus a coronary dilator. In one hundred ninety-nine patients, Dr Mesquita found that this strategy led to an immediate interruption of the spontaneous episodes, with subsequent myocardial infarction reduced to 0.5 percent and a mortality rate of zero.

The third stage is represented by acute myocardial infarction. The main focus in the thrombogenic theory is to re-establish the coronary flow interrupted by vasospasm or intracoronary thrombus. After the detection of complete obstruction of the coronary artery by cardiac catheterization, nitro-glycerine is used to control the vasospasms.

If the obstruction persists, the patient is submitted to thrombolytic action followed by anticoagulant and antiplatelet agents.

In cases of patients with coronary arteries angiographically normal, the explanation in general is the occurrence of spontaneous fibrinolysis (a process that prevents blood clots from growing and becoming problematic).

In the Grace multinational observational study, which involved 21,688 cases with acute myocardial syndrome (STsegment elevation MI, non-ST-MI, or unstable angina), 9.1 percent died or experienced a non-fatal myocardial infarction between the hospitalization and the six-month follow-up.

The first goal for Stage Three in the myogenic theory is to correct the regional myocardial insufficiency and reduce myocardial ischemia, halting the infarcting clinical picture immediately as the patient enters the coronary unit, seeking to avoid the infarction or to interrupt its evolution, or at least mitigate the attack.

This includes reducing the size of infarction as well as preventing the secondary coronary thrombosis through the cessation of circulatory stagnation in the satellite artery of the infarction and in the compromised myocardial region. The immediate therapeutic is, again, a cardiotonic, given intravenously, plus coronary dilator.

As for the results of therapy with cardiotonics, without any invasive treatment, Dr Mesquita and his colleagues followed 1109 patients with a heart attack confirmed by Q waves.

Institutional Thinking – The Matrix, 1984 and the Allegory of the Cave Previous post
7 Chakra Life Cycles and Crisis Years Next post