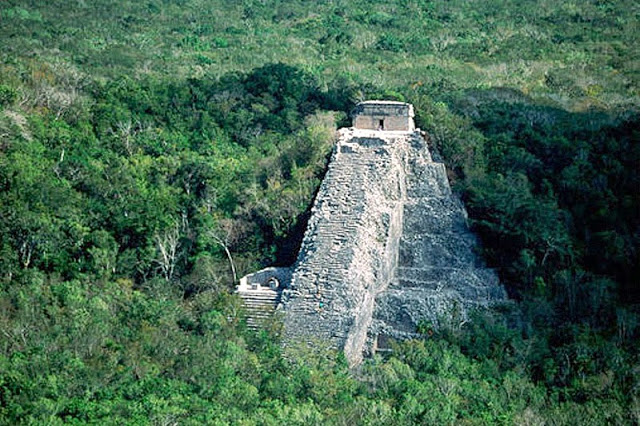 The Great Pyramid of Koba, Mexico

We all know the number of pyramids that have been found worldwide. The pyramid building phenomena apparently conquered out ancestor in the distant past who created all kinds of pyramids in all corners of the world.

This majestic construction is located in the jungle of Coba, Mexico and dates back to 500-900 AD. Since its construction, the pyramid has undergone numerous modifications, that have given the entire archaeological site a degree of mysticism.

It is located about 90 kilometers east of Chichen Itza. The city was constructed around two lagoons. 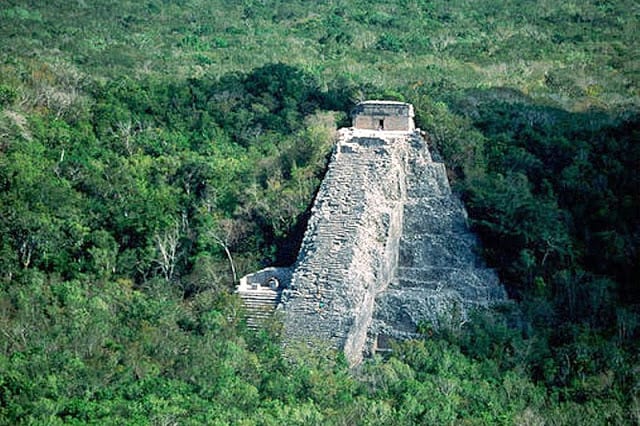 Within the representative elements of the Mayan culture present in Coba, we can highlight some beautiful artifacts made of pottery that date back to the year 100 AD when this “ancient” city became the center of power in the north Yucatan.

If you still are unsure about the importance of this archaeological site here is something worth mentioning. First of all, the extension of ancient Coba was gigantic. The city consisted of about 80 square kilometers and had the capacity to accommodate at least 50 000 inhabitants.

Curiously, just like other Mayan cities, Coba was lost in time and history just like its adjacent city of Chichen Itza.

Right in the middle of this ancient city you find one of the tallest pyramids built by the first inhabitants of the region, the majestic pyramid temple called Ixmoja.

This incredible construction rises 42 into the air, and has 120 steps that lead to the top of the pyramid. With these dimensions, this pyramid is recognized as the highest structure found in the Yucatan Peninsula.

The structures at Coba are relatively well preserved thanks to the fact that this area is more isolated from society, so the structures of this majestic ancient city have less impact by modern day life whites helped in preserving its original, pre-hespanic look. 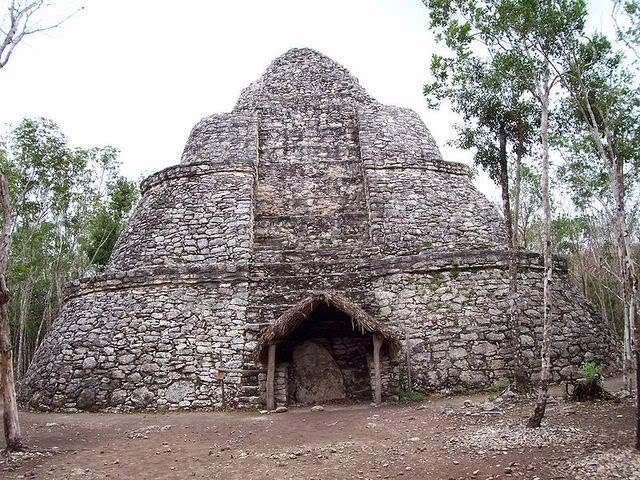 In its beginning, Coba was considered one of the most important ancient sites in the Yucatan Peninsula, proof of that is its Pyramid, holding the title as the tallest pyramid in the region. Coba declined in the year 1000 AD but re-emerged in the period between 1200 and 1500.

The ancient city of Coba was completely uninhabited after the Spanish conquest, and it was not until the mid-nineteenth century that two explorers, named John Lloyd Sstephens and Frederick Catherwood mentioned it in historical books.

Queen Elizabeth II is Direct Lineage of the Roman Caesars by Blood! (Proven Fact) Previous post
The Mysterious "Gate of the Gods" at Hayu Marca, Peru Next post