The Mysterious Cave of the Redhead Giants

Many native tribes in the northeast and the southwest still speak about legends of giants with red hair and how their ancestors fought long and terrible wars against these giants when they first encountered them in North america, over 15,000 years ago.

Even in Central america, the ancient Aztecs and Maya recorded their encounters with a terrifying race of giants in the north when they ventured out on expeditions, exploring new land.

Who were these giants that many legends speak of? Could this be a part of history that has been overlooked by mainstream scholars? Is it possible, like evidence suggests, that Giants lived on Earth in the distant past?

There have been numerous places across the globe where “burial” sites have been uncovered and giant skeletons excavated. Researchers point out that in the United States, these mysterious giants have been found in Michigan, Illinois and Tennessee, Arizona, and Nevada.

In 1924, these myths turned out to be the real deal when researchers discovered, in the state of Nevada, remains of giant beings in the Lovelock Cave. The cave – located about 20 kilometers south of the town of Lovelock, Nevada, is about 40 feet deep and 60 feet wide.

It is an ancient cave that dates back to pre-human in this continent. In prehistoric times it was under a huge inland lake called Lahontan that covered most of western Nevada.

Geologists have determined that the cave was formed by lake currents and wave action.

The Paiutes, a tribe of American Indians native to parts of Nevada, Utah and Arizona, told the first “white people” the story of the battles of their ancestors against a race of fierce giants, with pale white skin and red hair. 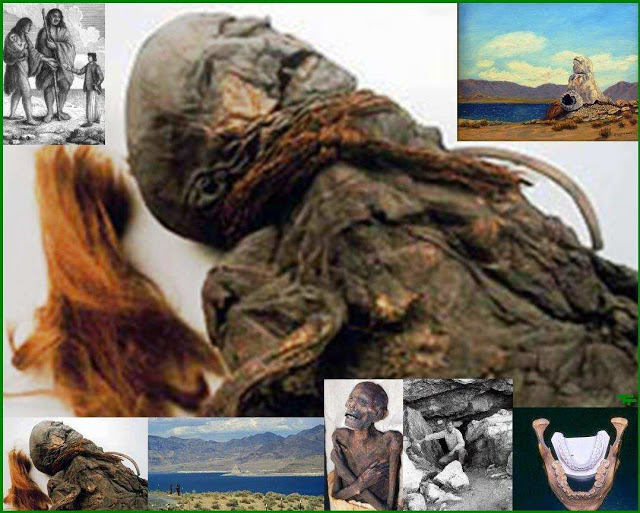 According to the Paiutes tradition, these giants lived in the area for a long time. Paiutes called the giant “Si-Te-Cah”, which literally means “tule eaters.”

The tule is a very fibrous water plant from which the giants made rafts that they used to navigate and escape from the Paiute.

They used rafts to navigate through what remained of Lake Lahontan. According to the legends of the Paiute, these red-haired giants were as tall as 12 feet and were cruel and evil, killing and eating the captured Paiutes as food.

Thousands of years later the mysterious caves were the giants took refugee was rediscovered and excavated. After 13 years of excavations, archaeologists came across incredible findings. 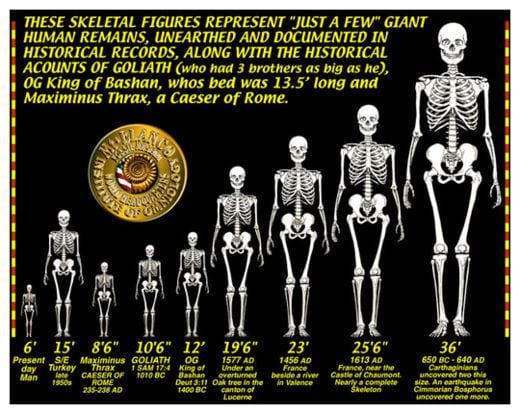 Many of these artifacts can be seen at the museum of natural history located in Winnemucca, Nevada, the giant skeletons however are nowhere to be seen. As archaeologists continued with the excavations, the myths of the Paiutes seemed more as accurate accounts of what had happened in the distant past.

One of the most important discoveries made is what researchers believe to be a calendar. A stone shaped object that resembles a donut with 365 carved notches on its inner edge and 52 on its outer edge.

Click here to read more articles about giant skeletons unearthed in North America and across the world.