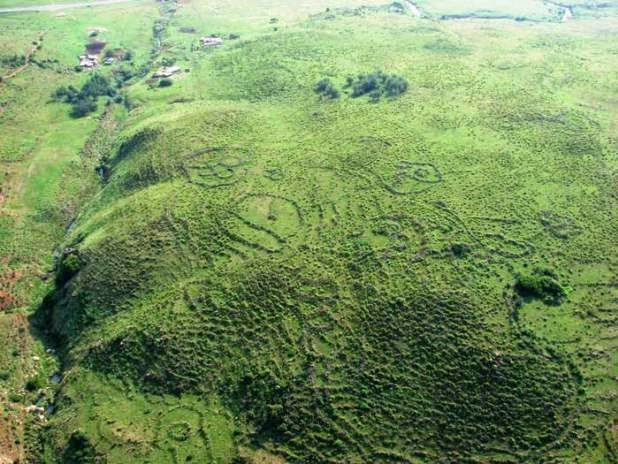 The Remains of a 200,000-Year-Old Advanced Civilization Found in Africa

The incredible discovery was made in South Africa, around 150 km west of port Maputo. There, we find the remains of a huge metropolis that measures, according to tests, around 1500 square kilometers.

This ancient city is, according to researchers, part of an even larger community with about 10,000 square kilometers and is believed to have been constructed 160,000 to 200,000 years before Christ.

The region is somewhat remote and the “circles” have often been encountered by local farmers who assumed they were made by some indigenous people in the past. But, oddly, no one ever bothered to inquire about who could have made them or how old they were.

This changed when researcher and author, Michael Tellinger, in association with Johan Heine, a local fireman and pilot who had looked at these ruins for years, decided to investigate them. 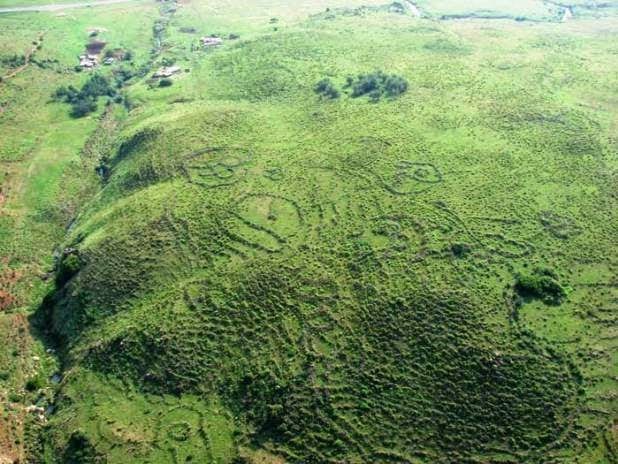 Heine had the unique opportunity to see these incredible structures from the air and knew that their significance was not appreciated.

“When Johan first introduced me to the ancient stone ruins of southern Africa, he had no idea of ​​the incredible discoveries we would make in the following years. The photographs, artifacts and evidence we accumulated, point towards a lost civilization that has never before been and precedes all others – not for a few hundred years, or a few thousand years … but many thousands of years.” – Tellinger

According to Tellinger, these discoveries are so incredible that It will need a complete paradigm shift in how we view our human history.

The surrounding geology is interesting due to the numbers gold mines located in the vicinity. Researchers have proposed that a vanished civilization from the distant past, could have lived and proposed in that part of the world while mining gold. They point to the Ancient Anunnaki:

The Anunnkai Timeline – Coming to Earth: (According to Sitchin)

450,000 B.C.
After long wars, the atmosphere of Nibiru began to deteriorate and became a hostile place for life, The Anunnaki needed gold to repair their atmosphere. According to researchers, we can use gold nano particles to repair our damaged ozone layer.

445,000 A.C.
The Anunnaki aliens landed on Earth and established their base in Eridu, wanting to extract gold from the Persian Gulf. They were led by Enki, son of Anu.

416,000 B.C.
Gold production fell, which made Anu come to Earth. Beside him his other son Enlil arrived. Anu decided that mining would take place in Africa and promoted Enlil in charge of the Terran mission.

400,000 A. C.
In southern Mesopotamia were seven developed nations. Among the most important were:  “Sipar”, “Nippur” and “Shuruppak”. After the metal was refined, the ore was transported from Africa with ‘ships’ and sent into orbit. 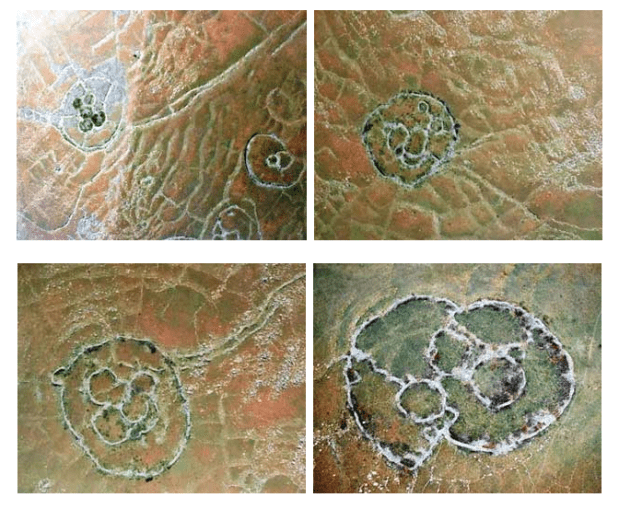 You can take look at these incredible structures with Google Earth using the following coordinates:

These incredible ruins mostly consist of stone circles, most have been buried in the sand and are only observable by plane or satellites. Some have been exposed to climate change that has removed the sand, revealing the walls and foundations.

“I see myself as someone quite open-minded but I admit that it took me over a year to figure it out, and I realized that we are actually dealing with the oldest structures ever built by man on Earth. The main reason for this is that we have been taught that nothing of significance has ever come from South Africa. Powerful civilizations all emerged in Sumeria and Egypt and other places.” – Tellinger

According to Telling, it shows that the Sumerians and even the Egyptians inherited all their knowledge from an earlier advanced civilization that lived at the southern tip of Africa more than 200,000 years ago… mining gold. 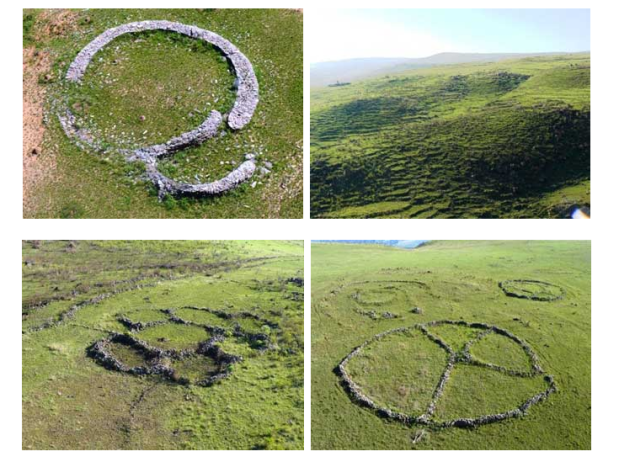 These were also the people who carved the first Horus bird, the first Sphinx, built the first pyramids and built an exact stone calendar right in the heart of it all.

Adam’s Calendar is the flagship among millions of circular stone ruins, ancient roads, agricultural terraces and thousands of ancient mines, left behind by a vanished civilization which they now call the FIRST PEOPLE. These were the ancestors of all humans today with an advanced knowledge of energy fields through planet Earth. 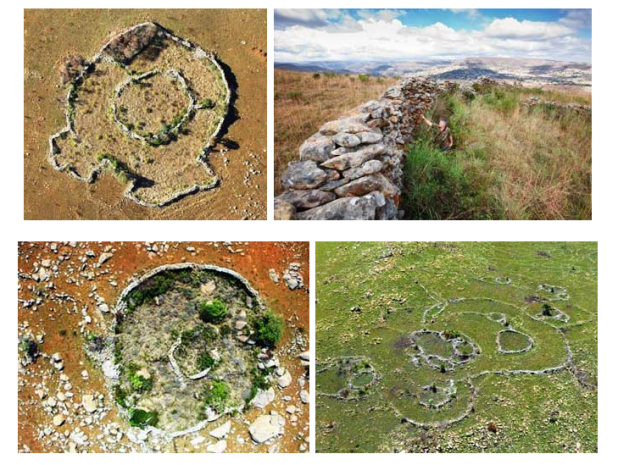 They carved detailed images into the hardest rock, worshiped the sun, and are the first to carve an image of the Egyptian Ankh – key of life and universal knowledge, 200,000 years before the Egyptians came to light.

Tellinger presents this groundbreaking new evidence in which is released in his latest book Temples Of The African Gods. It graphically exposes these discoveries and will undoubtedly be the catalyst for rewriting our ancient human history.